Home » World News » No, the UK’s energy woes have not really been caused by net zero 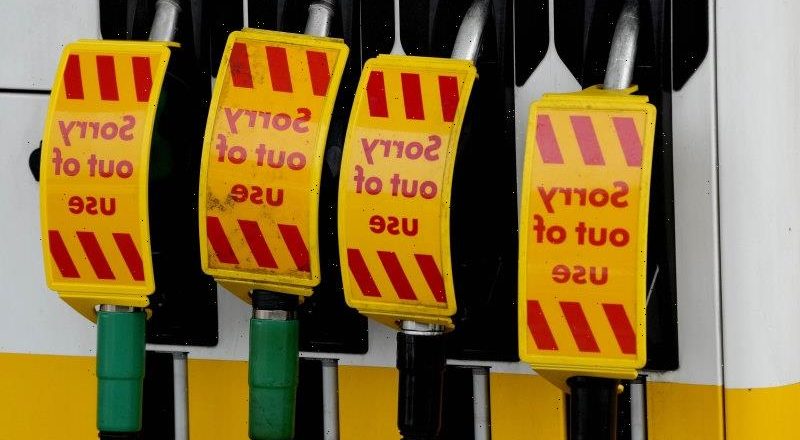 London: The United Kingdom has a bit of a retro vibe to it right now – and I don’t mean the fashion or music.

Long queues at petrol stations, empty supermarket shelves and soaring electricity bills are evoking memories of the dark, trying days of the 1970s. While Prime Minister Boris Johnson is trying to play down the seriousness of the situation, nobody can say with certainty that things won’t get even worse. 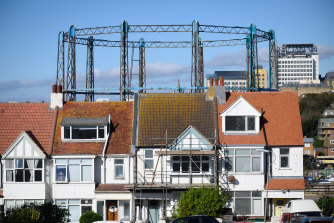 For Scott Morrison, the timing is far from helpful. As his government embarks on a fraught internal debate over whether to take a net-zero emissions policy to the COP26 climate summit in November, some MPs are seeking to frame the energy and transport crisis in Britain as a cautionary tale on why taking tougher action on climate change is a bad idea.

Nationals Senator Matt Canavan already had a crack at it on Monday by attempting to link a picture of a depleted supermarket shelf to the net-zero agenda. Deputy Prime Minister Barnaby Joyce says Britain has “completely botched” its transition away from coal. And a group of Conservative MPs in Britain also hopes a potential winter of discontent will force Johnson to scale back his green agenda.

But the truth is the UK’s woes have not been caused by decarbonisation. If anything, the turmoil might actually help make the case for a more rapid transition away from fossil fuels.

The crisis squeezing Britain consists of three main problems, and two of them have absolutely nothing to do with climate policy. The supermarket shortages and the long lines at petrol stations are instead down to a simple lack of truck drivers. Without them, goods can’t get to the stores and fuel can’t be delivered to the bowser. Panic buying has only made things worse.

The Road Haulage Association believes there’s a shortage of about 100,000 drivers in the UK. Thousands of foreign drivers have gone home because of Brexit and more because of coronavirus. The pandemic has also caused a huge backlog for driver testing, and the shortages have been exacerbated by a growing number of truckies retiring.

None of those facts stopped Canavan, a former cabinet minister and economist, from tweeting a picture of empty supermarket shelves with the words ‘Net Zero Emissions…’. Even Canavan’s own colleague, Liberal MP Jason Falinski, can’t let such deception pass without challenge.

“This has been a fundamental feature of the debate in Australia from day one – misappropriation of cause and effect,” Falinski says. 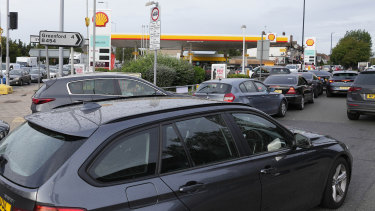 Drivers queue for fuel at a petrol station in London on Tuesday. Long lines of vehicles have formed at many gas stations around Britain since Friday, causing spillover traffic jams on busy roads.Credit:AP

“The mistake made in the past is that those kinds of claims have been allowed to go on unchecked. I think it’s important now that people actually stand up and say, ‘look, there is no relationship between this and the thing you’re arguing against’.”

The transport crisis will probably ease over the coming weeks but the more serious problem revolves around skyrocketing natural gas prices. Unlike Australia, where gas represents a fraction of the overall energy mix, in Britain it makes up nearly 40 per cent. About 85 per cent of homes use gas central heating.

But market forces – not government climate policy – are chiefly to blame. Surging global demand driven by the post-lockdown recovery, lower supply from Russia, fierce bidding for liquefied natural gas by Asia, and Europe’s cold 2020-21 winter has put real pressure on reserves and supply. A fire affecting a key undersea cable used to import electricity from France hasn’t made things any easier.

The UK hasn’t helped itself by storing much less gas than other nations in Europe. However Business Secretary Kwasi Kwarteng, who has responsibility for energy policy, says this is a “red herring”. 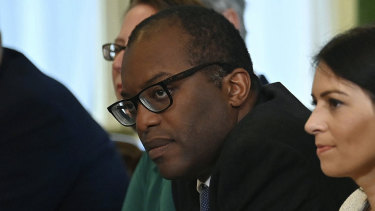 Business Secretary Kwasi Kwarteng is in charge of fixing the gas shortage.Credit:AP

In another complication, there has been a lack of wind to turn thousands of turbines in the North Sea, right when the gas shortage meant renewables were really needed. This is not ideal, but far from the primary cause of the price rises causing so much grief for voters.

That honour rests with the increasing difficulty of importing scarce supplies. And if that doesn’t make the case for a carefully managed increase in domestic renewable capacity and storage – and not a decrease as Canavan and others like to argue – what will?