The former head of state’s environmental watchdog has accused the government’s biodiversity offsets scheme of sabotaging its habitat conservation incentive by tanking the biobanking sector with lowball offers.

Barry Buffier, who left the Environmental Protection Authority in 2017, said the government had moved to “destroy the market” by offering to buy up substantial credits of a vulnerable plant species for the equivalent of 18 cents each, despite their advertised price at the time being $160. 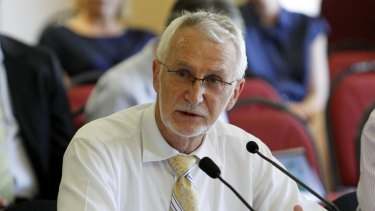 “The key question is, why did the Biodiversity Conservation Trust destroy the market so drastically by offering a price such as that?” Mr Buffier put to a NSW parliamentary inquiry last week.

The NSW Ombudsman is investigating the claim as the problematic biodiversity offsets scheme, created to build a financial market around environmental protection, is overhauled amid criticism from property developers and conservationists alike over the volatility of its credit pricing.

The scheme was established in 2016 to ensure development can occur while recognising the impact that activity may have on the environment. Offsets designed to compensate for environmental loss can either be traded on the open market or money can be paid into a government fund to be spent on conservation measures.

The parliamentary inquiry into biodiversity offsets was launched following revelations government consultants were buying land and selling it as offsets back to the state.

On Friday, the inquiry heard that a handful of staff from the Department of Planning, Industry and Environment, which oversees the Trust, had also participated in it. Department officials fronting the inquiry said restrictions were now in place to prevent government staff from holding interests in biobanking, including giving them 12 months to divest any holdings.

Mr Buffier appeared before the inquiry on Thursday, having been engaged by a group of investors who owned significant credits for the black-eyed susan, a vulnerable shrub confined to growing between Sydney and Port Macquarie, where its habitat has dwindled due to development.

The former Office of Environment and Heritage valued the investors’ total allotment on the coastal site in Lake Macquarie as more than $5.8 million when entering into the biobanking agreement with them in 2018.

However, after changing the methodology of assessing the credits, the trust offered to buy a substantial amount of the investors’ credits for a price that placed the worth of their entire biobank at $9400. 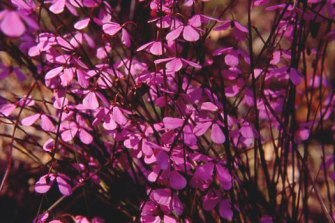 Black-eyed susans are shrubs confined to growing between Sydney and Port Macquarie, and their habitat is threatened by urban developmentCredit: The Royal Botanic Gardens & Domain Trust

Mr Buffier told the inquiry that no reason had been given for the drastically reduced value: “The government creates that market, that was the price the government offered … so why would you destroy a market and say, ‘bad luck investors’?”

“There is absolutely no incentive to protect black-eyed susans. None,” he said.

Jerry Lees, the director of the entity holding the credits, FAP Nominees, told the hearing the price offered by the trust meant property developers could buy up all the credits issued for that plant species in NSW for less than $20,000, as his group currently held more than half.

He said FAP Nominees had referred the discrepancy to the NSW Ombudsman, as well as taking it to an independent arbiter, who concluded the trust didn’t abide by a principle of “reasonable equivalence” when offering to buy the credits.

The Department of Planning, Industry and Environment, which oversees the running of the biodiversity offsets scheme, declined to comment, citing the inquiry and the Ombudsman’s investigation as reasons.

Liberal MLC Catherine Cusack, however, queried whether the group was merely complaining about an investment gone wrong.

“It just seems like a scheme that didn’t work out for you,” she said.

As well as trading on the market, developers looking to offset environmental impacts of proposed projected can pay into a government fund, however the calculator used to determine costs is being ditched due to the varying results it has thrown up.

A trust official told a property forum earlier this year the lack of credits being traded affected the quality of the economic modelling underlying the calculator.