The federal government’s JobKeeper scheme and boosts to other welfare payments wiped out much of Melbourne's pre-pandemic poverty but there are warnings that the reprieve could be temporary if supports are wound back further.

State government payments and public health measures such as the closure of poker machine venues also helped to temporarily lift some of the city’s most deprived areas out of poverty during the pandemic, researchers from RMIT and the Victorian Council of Social Service say, transforming for a time the socioeconomic map of metropolitan Melbourne. 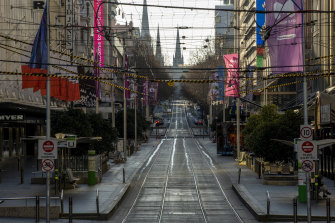 The researchers call it a "social policy fairytale" but warn it is unlikely to have a happy ending, with the first of the reductions in the coronavirus supplements in late September ushering in a comeback for poverty in the city, although it still remained below pre-pandemic levels.

Led by economics professor David Hayward, the researchers mapped poverty among welfare recipients across greater Melbourne before and after JobKeeper, boosted JobSeeker and other supplementary payments began pumping an additional $1.3 billion a month into the city in March.

Much of the cash flowed to outer-urban areas including Hume, Wyndham, Whittlesea, Casey and Brimbank – which also had 43 per cent of the city’s COVID-19 infections – prompting Professor Hayward and his team to conclude the payments came not only at the right time but in the right places too.

Tuesday’s announcement by the federal government that the JobSeeker supplement would be cut again, to $150 a fortnight, provoked a storm of protest in the community sector, which says the move will force hundreds of thousands of Australians back into poverty during the COVID recession.

The federal government has always been clear that JobKeeper and the coronavirus supplement were temporary supports, although it has indicated it may consider a permanent boost to JobSeeker, and has called repeatedly for the Victorian government to do more of the heavy lifting on income support for the state's residents during the crisis.

Professor Hayward's team acknowledged the misery the pandemic and associated lockdowns have inflicted on Melburnians and said international students, undocumented migrants and refugees without permanent visas were likely to have missed out on the policy success story, despite those groups being targeted for support by the state government.

But the research team found people on all categories of welfare payment, except the disability pension, moved from well below the poverty line to well above it as the federal government boosted its payments.

Households with two unemployed partners were the biggest winners, seeing their incomes rise collectively from between 10 to 20 per cent below the poverty line to between 35 and 65 per cent above it. 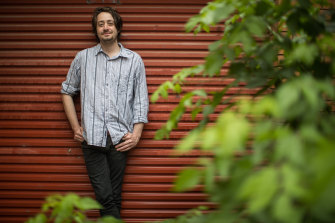 Jay Coonan has been receiving JobSeeker since the start of the pandemic.Credit:Jason South

“That’s not buying new clothes, not really affording transportation or socialising on weekends,” he said.

"Obviously when I can I will find casual work, because what other choice do I have?"