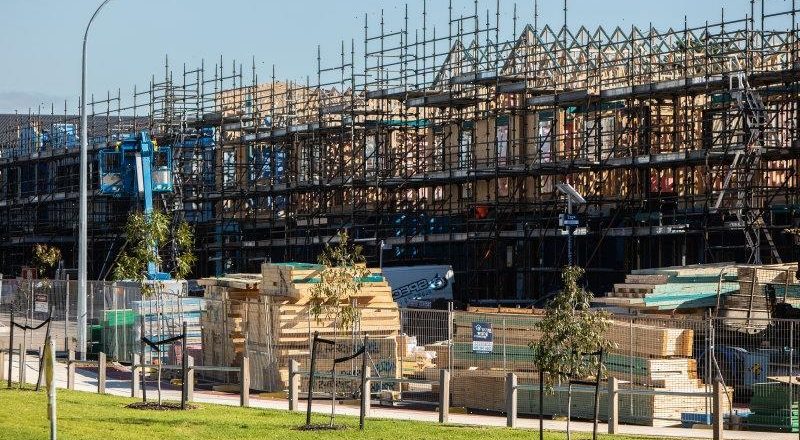 New home buyers have been left stranded by a building industry crisis that has blown out construction times by as much as four months and pushed up prices.

There are now 75 per cent more detached homes under construction than in 2019, according to the Housing Industry Association, the peak body for residential builders, which warns build times have risen due to a shortage of land, labour and materials. 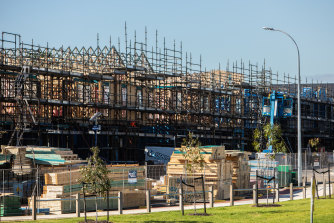 The building industry is facing challenges with land, labour and materials.Credit:Scott McNaughton

HIA chief economist Tim Reardon forecasts the volume of homes under construction will not see a tangible decline until after June 2023, with the jump in commencements running ahead of a slower pick-up in completions.

A survey of members shows the average time taken to build a house has increased from 8.3 months pre-COVID to 12.2 months in March this year, and Reardon implores consumers to be patient.

“There are constraints at every stage of the construction process,” he said, citing delays in issuing land titles, geopolitical issues and floods that have added to cost pressures, and a need to increase skilled migration.

The supply challenges are meeting strong demand, and more new homes were sold in the first four months of this year than in the same period last year when HomeBuilder was still on offer.

“What’s driving this is partly lower interest rates, but also there has been a decline in the number of people per home – as people spend more time working from home or at home during lockdown they sought additional space,” he said.

Renter Jim Rose has been left waiting for his new home, after being told if he signed up for a new build in July last year he could move in by December.

His new neighbours in Berwick moved in early this year but he does not expect to get the keys until June. He keeps following up with his builder but has been left without answers.

“It’s just a pain building a house right now,” Rose said. “I understand it’s COVIID – I think it is too much.

“I have to pay rent and also I am paying the mortgage at the same time.”

Although he managed to avoid timber shortages, he did not escape the labour force challenges that have beset the building industry, and was at one point told that the site supervisor for his project had moved on.

One frustration is that he knows there is nothing special about his new house that would take extra time to build.

“It’s not really enjoyable building a house at the moment,” he said.

“I felt defeated because it has been nearly 11 months, it is too much financial stress.”

Rose’s mortgage broker, Red Maple Finance director Nariman Amalsadiwala, has had new-build clients delayed since the pandemic hit, which he said can leave them renting longer than expected.

He said typically a new build customer starts paying interest on the land component of their loan first, then the full loan repayments start when construction finishes. But building delays can leave clients paying both rent and mortgage repayments for longer. 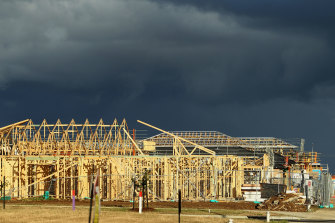 New home buyers are implored to be patient.Credit:Pat Scala

Amid the rising cost of materials, Victoria’s “red tape” commissioner Anna Cronin had suggested inserting “escalation clauses” in contracts worth less than $500,000 for builders in the domestic sector, but the state government rejected the proposal.

Justice Connect, which runs a state government-funded domestic building legal service, has experienced a 24 per cent increase in people engaging with the service in the past six months.

“It’s incredibly confronting and distressing for people that have the major asset in their life at risk,” Povey said.

“I’m going to be interested to see in the coming period if we start to see more claims when the builder has disappeared or become bankrupt, or kind of just failed to deliver altogether. I suspect we’re going see a change in what’s coming through.”

“There’s no winners in any of this,” Dwyer said. “For both consumer and builder at the moment, it’s going to cost whether they like it or not.”

He insisted negotiations would lead to better outcomes for both parties. “We have further to go with these cost escalations,” Dwyer said, “It’s going to continue for another six months.”

Cut through the noise of the federal election campaign with news, views and expert analysis from Jacqueline Maley. Sign up to our Australia Votes 2022 newsletter here.