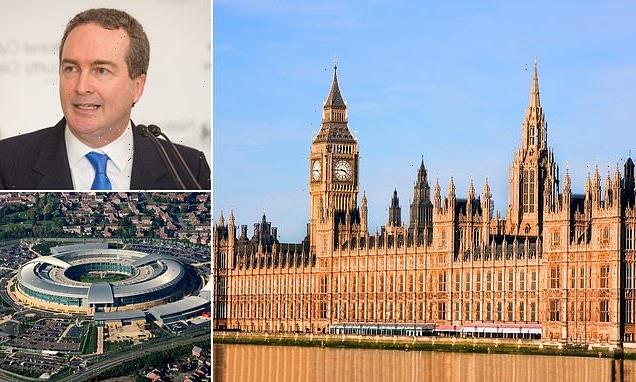 MPs claim they were 'misled' over resignation of GCHQ chief

Spies ‘misled’ Parliament over GCHQ boss who quit after being linked to child pornography priest, says Intelligence and Security Committee in damning report

Parliament’s Intelligence and Security Committee has claimed it was ‘misled’ over the resignation of a former director of GCHQ.

The ISC today published its annual report in which it expressed concerns about the behaviour of senior former intelligence staff.

The ISC said it had not been told the full story over the circumstances under which Robert Hannigan quit the spy agency in 2017.

Mr Hannigan stood down as director of GCHQ after less than three years in the post, citing ‘family reasons’.

However, The Mail on Sunday later revealed his departure followed the discovery that in 2013 he had given a character reference on behalf of a Catholic priest charged with possessing child pornography.

The ISC said in its report that as the ‘body that is entrusted with oversight of the Intelligence Community’ the committee ‘must be fully informed of the circumstances’ surrounding the departure of senior figures.

It also said that ‘given the investigative powers with which we trust our Intelligence Community, it is imperative that they are above all suspicion’. 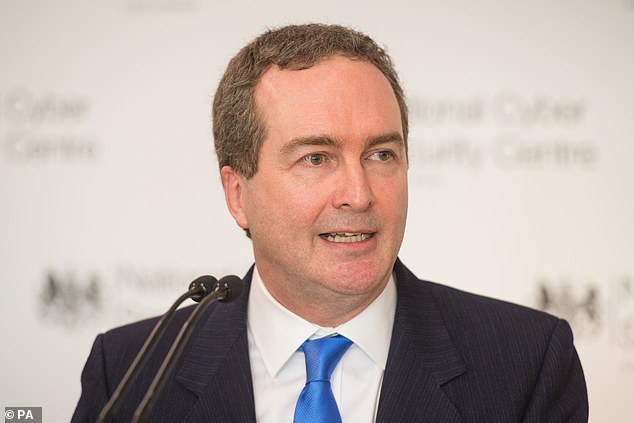 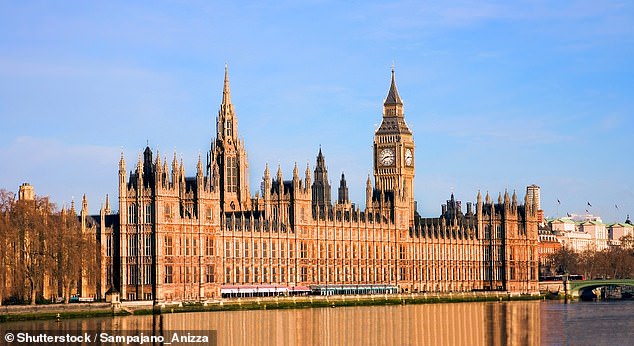 Mystery had surrounded the 2017 departure of the spy chief until the Mail on Sunday discovered he had helped a paedophile priest escape jail by giving him a character reference, only to see him reoffend.

Then-PM Theresa May was accused of a cover-up after allowing the powerful director of Britain’s listening station and largest spy agency to quietly resign when alerted that Mr Hannigan’s connection to Father Edmund Higgins had been unearthed by a sister intelligence agency.

At the time of his departure, Mr Hannigan had cited ‘family reasons’, with the crucial Higgins link kept secret even after the paedophile was jailed for child abuse in 2018.

The report said: ‘The FCO had assured the Committee that there was nothing further to add beyond the “family reasons” cited publicly.’

Following the Mail on Sunday article in February 2019, the ISC then wrote to the National Security Adviser ‘to ask why the Committee had been misled on this issue’.

The committee sought answers and asked whether Mr Hannigan  – at the time a Foreign Office official – had ‘given a character reference in his official capacity’ in the form of a 2013 letter.

The letter was written before he was promoted to his role at GCHQ in November 2014 and the letter helped Higgins receive a suspended sentence.

Within months, he went on to reoffend by peddling sick online child abuse images, before being snared by the National Crime Agency.

The report said the ISC was initially ‘provided with a short response, which did not answer its question or concerns’.

Following further inquiries, the committee said it was then told that ‘the reference was given in a personal capacity; however, Mr Hannigan had included his FCO title in the reference’.

The ISC said it was also told that ‘at the time of his resignation as Director, a further criminal investigation into Father Higgins was in the evidence-gathering phase, before submission to the Crown Prosecution Service for consideration; and a limited number of staff in GCHQ, Cabinet Office, Government Legal Department (GLD) and the NCA were aware of the association between the Director and Father Higgins, and ‘it would not have been appropriate to share information outside this group, including with the ISC, during the investigation”. 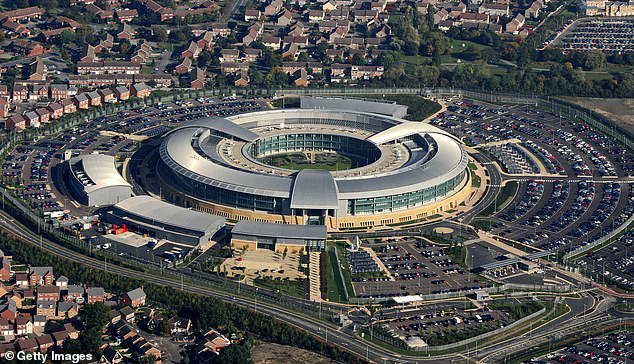 The GCHQ headquarters is pictured in Cheltenham, Gloucestershire in October 2005

The ISC said in its report: ‘While recognising that there was a criminal investigation under way, the Committee considers nevertheless that where the Head of an intelligence Agency steps down unexpectedly, then as the body that is entrusted with oversight of the Intelligence Community, and ensuring their probity, then this Committee must be fully informed of the circumstances.

‘Given the investigative powers with which we trust our Intelligence Community, it is imperative that they are above all suspicion.’

The ISC said it was also worried about ‘the actions of senior staff when they leave the agencies and the extent to which they are still bound by their former duties’.

The committee’s report said there were particular concerns about former intelligence staff speaking to the media and becoming ‘talking heads’.

Dr Julian Lewis, the Tory chairman of the ISC, said: ‘In 2017 the committee was misled regarding the reasons for the sudden departure of the Head of GCHQ: as the body that is entrusted with oversight of the Intelligence Community, and ensuring their probity, this Committee must be fully informed in such circumstances.

‘Given the investigative powers with which we trust our Intelligence Community, it is imperative that they are above all suspicion.’