Goat to get a trim! Mountain goats form orderly queue outside barbers in Welsh town

This hilarious photograph shows four shaggy-haired goats appearing to queue up outside a closed barbershop.

A herd of wild mountain goats have been spotted trotting through the empty streets of Llandudno, Wales, during lockdown.

On July 7, four goats were pictured waiting in line outside Just Jents barbershop in the town.

The cheeky animals might be waiting a while as hairdressers in Wales are not set to reopen until Monday. 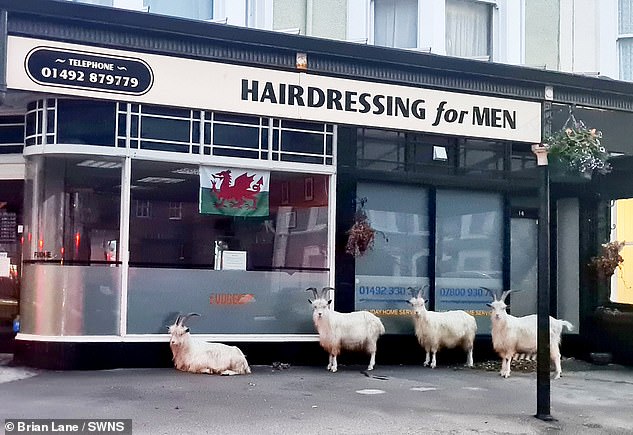 Family intervention worker Brian Lane, 58, noticed the peculiar sight as he went out for an evening stroll and snapped the photo around 10pm.

The dad-of-three said: ‘I had parked up to go for a little walk. It was tipping down with rain when I saw these goats under the shelter by the hairdressers.

‘I just realised how they were standing. The one sitting in the front waiting to go in and the other three spaced out behind.’

He added: ‘Waiting for the barbers to open, or the baa baas, it just seemed to fit a moment.’

The goats usually live on the Great Orme country park just outside the town but since lockdown they have started to wander through the deserted streets. 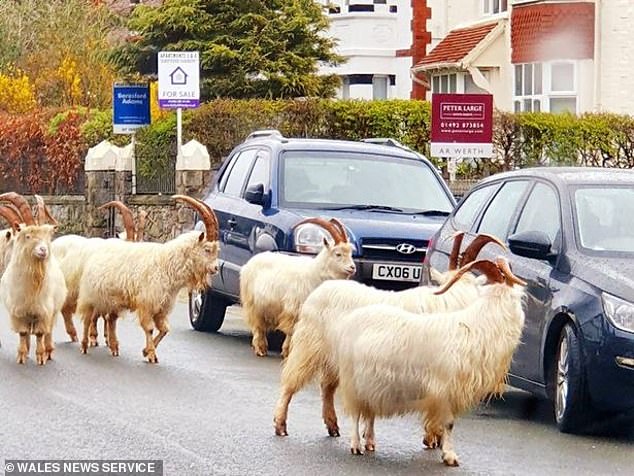 In March, the wild mountain goats came down to the centre of town to take advantage of the empty streets during lockdown

Mr Lane said: ‘They were presented to us by Queen Victoria as a gift. They are Kashmiri goats. There is quite a population at the moment.

‘The Royal Welsh Fusiliers always take one as a regimental mascot.

‘They come into town but mainly on the shore where it is quieter. Once lockdown started they came down to the centre of town.’

A few weeks into lockdown in March, the wild goats descended on the quiet town and were seen feasting on bushes while residents stayed home.

They spent the final weekend in March gathered in Trinity Square.

It is believed the animals had come to the town as they wait for the spring growth of grass, and have been wandering the streets due to a lack of residents and tourists. 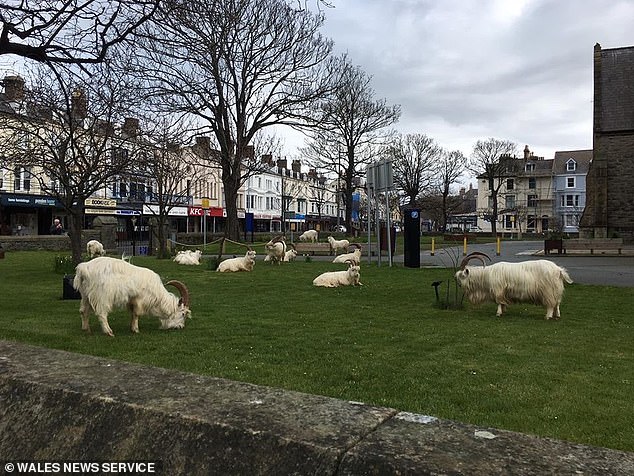 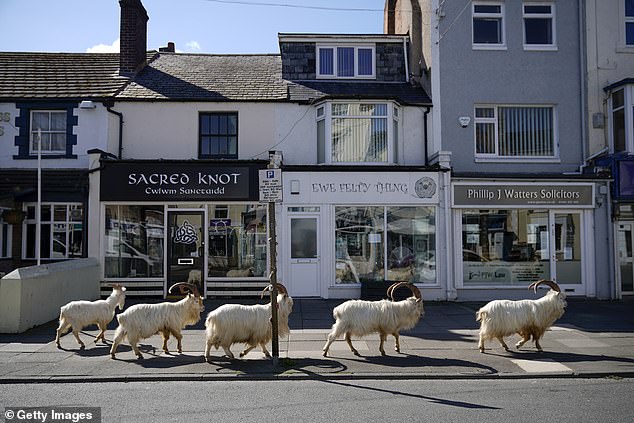 The mountain goats, who normally live on the rocky Great Orme, walk in a line down the streets in Llandudno in March

Andrew Stuart, who has lived in Llandudno for 22 years, saw the goats in March and called the police after he noticed the animals near his home.

He said on Twitter: ‘I think I just got a group of goats in Llandudno arrested.’

Mr Stuart said he noticed the goats having ‘a midnight feast’ on hedges as he joked the herd were breaking isolation rules by gathering in a large group and not keeping the required two metres apart.

In another tweet, he said: ‘They were probably going to run riot on the town, what with nobody being about due to the lockdown.

‘I also wasn’t sure if they were keeping the required two metres apart.’ 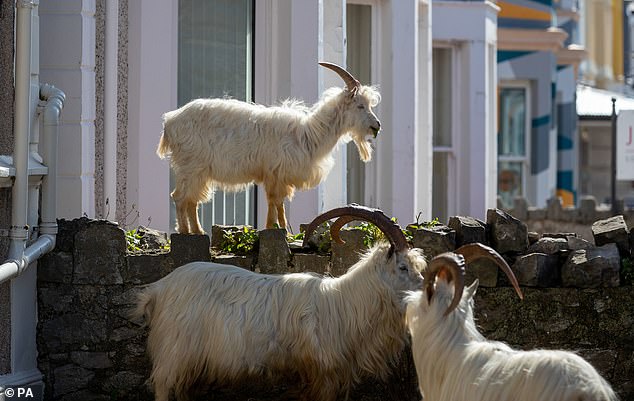 One goat stands on a wall when the herd took advantage of quiet streets near Trinity Square, Llandudno

Who is Jodi Arias and is she still in prison for the murder of Travis Alexander?