Mother, 48, pulls all three children out of school over mask row

A mother pulled her three children from their secondary school after her eldest son claimed a teacher had told him to remove his mask.

Suzanne Byrne said Angelo, 15, told her the news in a phone call an hour into the first day back at Woodchurch High School so he withdrew him along with his brother, Roman, 13, and 12-year-old daughter Ireland.

The Wirral school  responded by saying they are following government guidelines and had made an ‘informed decision’ not to require masks to be worn. It is illegal not to send your children to school so Mrs Byrne is risking a fine.

Government guidance says masks are not necessary at schools, but it does not ban them. 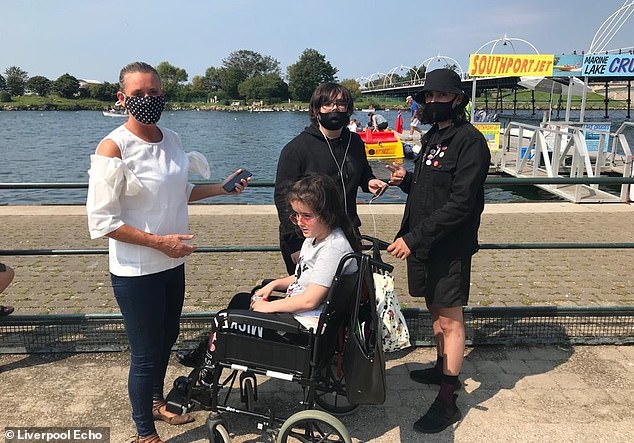 Suzanne Byrne took her children Angelo, 15, (right) Roman, 13, (left) and Ireland, 12,(bottom) out of Woodchurch High School on their first day back

Ms Bryne said said: ‘My daughter is disabled and extremely vulnerable and so am I.

‘There’s no point protecting my daughter if my boys aren’t afforded the same protection.

‘We will stay away from the school until they can wear masks.’

Ms Byrne insisted she wanted to reach a ‘compromise with the school over the issue, adding: ‘There are government guidelines, but there’s nothing saying masks should be banned. 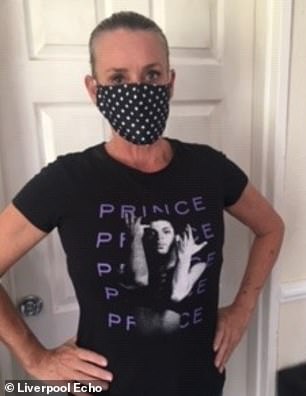 ‘Common sense should prevail. You cannot overrule the need to protect yourself and your family by being told you cannot wear a mask.

‘We stayed in until August and now we’re going out the boys have been amazing, always wearing their masks when we go outside.

‘We haven’t done this for six months just to risk our health now. I’ve just got to sit here (at home) until we can reach some kind of compromise.’

Some social media users defended Ms Bryne’s decision but others criticised her.

Tina Cheers wrote on Facebook: ‘My two boys also go to Woodchurch and I’m glad they’re not made to wear them.

‘It should be individual choice if you want to or not.’

John Luxton added: ‘Well done to the teachers. I was a teacher until I retired in December.

‘I certainly wouldn’t want either myself or the children to wear face coverings. The science is so shaky on the matter as well.’ 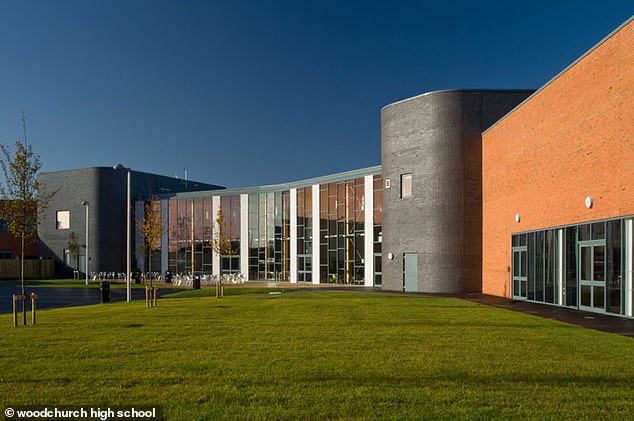