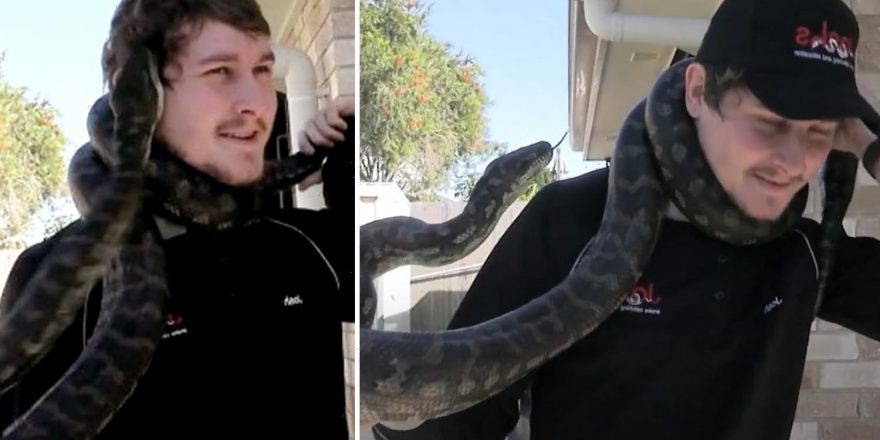 THIS is the terrifying moment a snake catcher is struck on the face by a massive python after it was found lurking in a family’s garden.

The serpent can be seen wrapping around the neck of the catcher in shocking video before it pounces at the man's head. 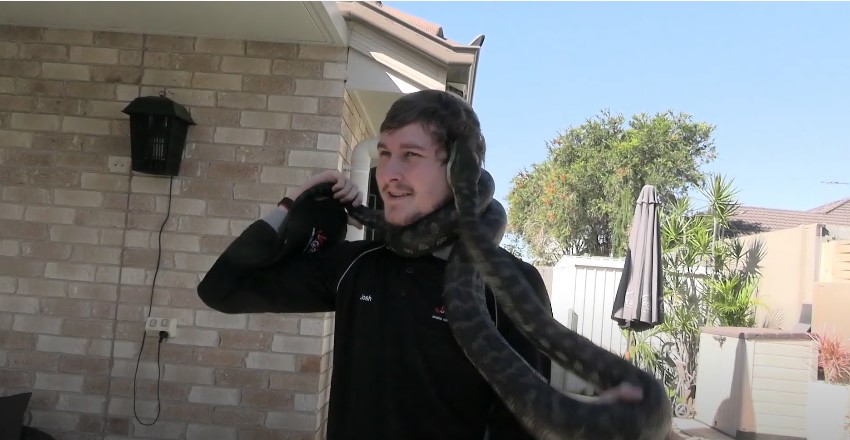 The fearless catcher, Josh Castle, narrowly avoided serious injuries when he was holding the python whilst filming for his YouTube channel.

The python was found in Northlakes, Queensland, when Josh had been called out to deal with the garden terror.

But despite the terrifying attack, Josh commented calmly on Instagram: “He even had a crack at my face.

The Morelia Spilota, is commonly referred to as the carpet python.

It can be found in Australia, New Guinea, Bismarck Archipelago and the northern Solomon Islands.

The average size of a carpet python ranges from 2 to 4 metres.

Although not poisonous the large snake can cause serious lacerations and punctures from its 80 backwards teeth which could cause death.

They eat house mice and other invasive species like rabbits.

Josh claims that one in three houses in Australia have a carpet python on the premises.

The snakes have 80 razor sharp teeth but only hunt mice and other small creatures like rabbits.

Following the incident the snake was later relocated to a safe location.

Josh's brush with the python comes after a family were left terrified after 50 snake skins were found in their loft.

During a routine roof inspection home in Rocksberg, near the Sunshine Coast in southern Australia, a snake catcher made the grisly discovery.

After popping his head into the family's roof expecting to find a serpent slithering around, Dave from Sunshine Coast Snake Catchers was shocked to instead spot up to 50 snake skeletons lurking in the darkness.

In a Facebook post sharing the hair-raising haul, the snake catchers explained, "He brought down over 30 snake skins out of the family’s roof space, and there was probably another 20 skins up there." 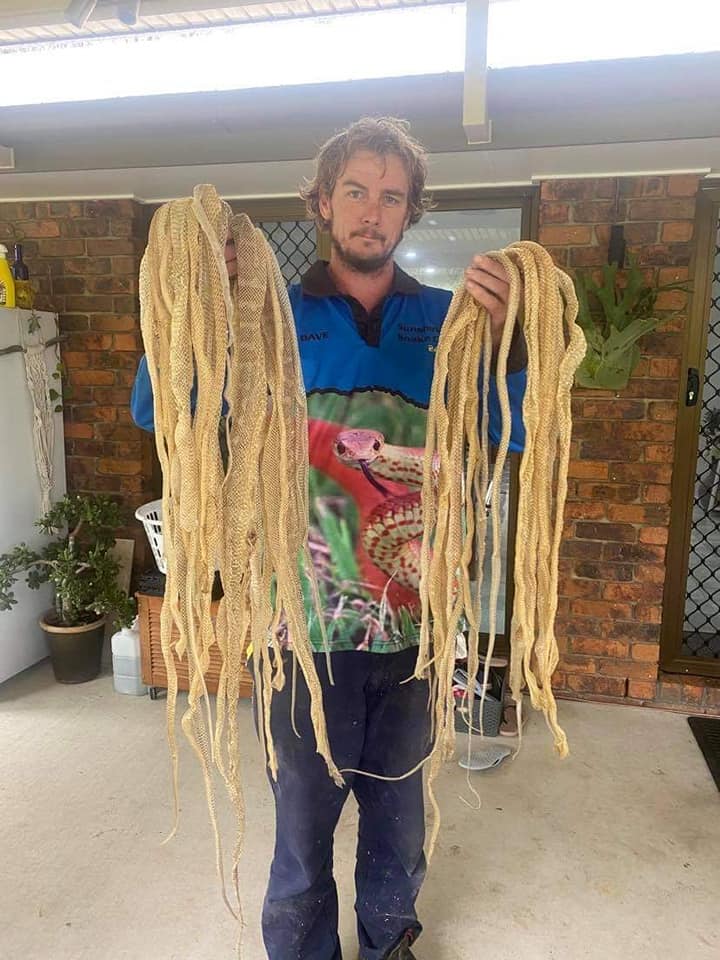