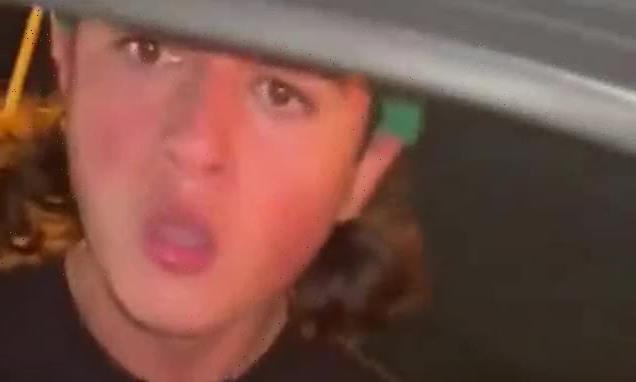 This is the shocking moment a man punched the wing mirror off a car containing a mother and her horrified children in East London.

The road rage incident took place on the A13 in Newham at around 10.04pm on Sunday night after the woman appeared to bump into the rear of a car in front.

Both drivers came to a halt in the road, before a middle-aged man exited his car and approached the woman, who remained inside her vehicle.

She tells the man he had braked harshly in front of her, while he s seen to repeatedly gesticulate that she was driving too closely behind him.

However, a younger man wearing a green hat and black jumper then exits the driver’s door and aggressively storms towards the the woman – who recorded the entire incident.

He can be heard shouting at her through a window, while she remains inside the car and informs him that she has children screaming in the back.

She says: ‘Look what you’re doing to my kids.’

The young male, though, continues to shout and tells her to ‘shut the f***’ up’ as he becomes increasingly furious. 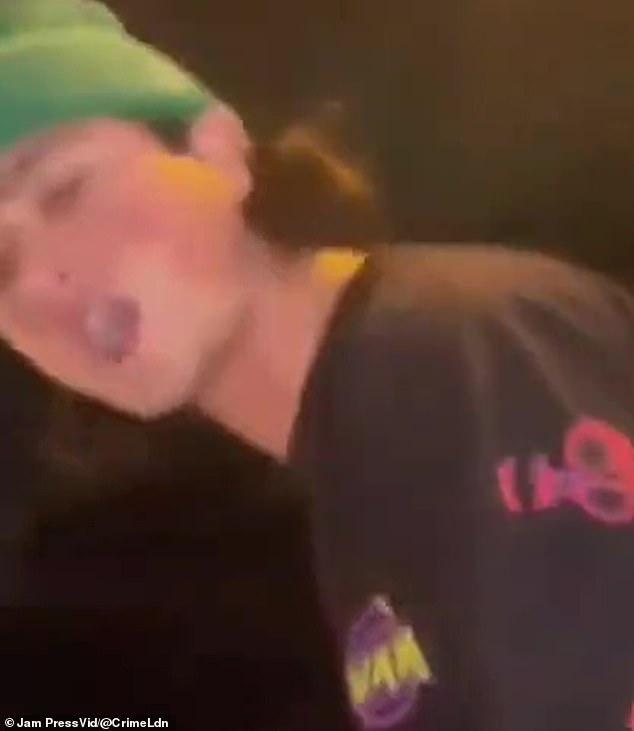 The mother captured the entire incident on video, with the footage now having been widely circulated on Twitter. 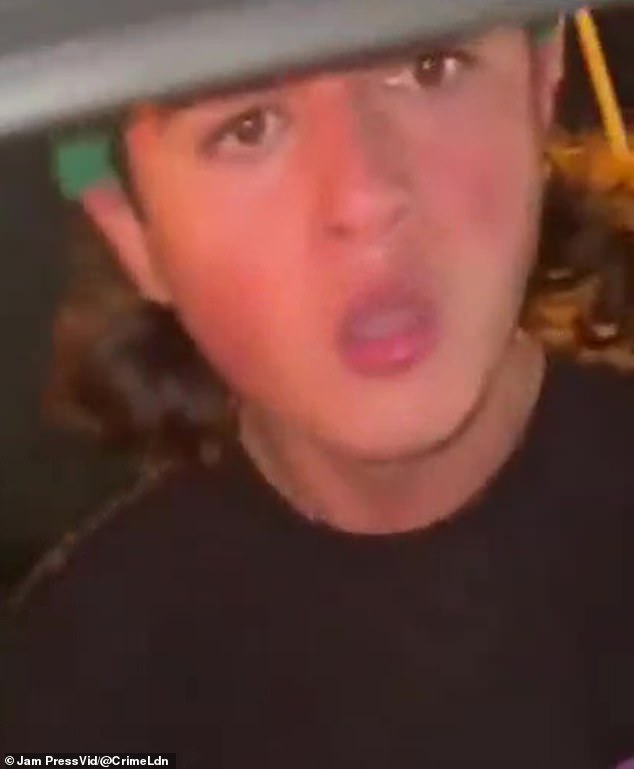 The young man exited the car from the driver’s side before aggressively shouting at the woman, who remained inside her vehicle until he was seen to punch her wing mirror

He is also heard shouting ‘look what you did to my car’.

The mother tells the man not to spit at her, before he proceeds to punch the wing mirror off the car.

He then retreats back to his own car, but is then pursued by the woman, who repeatedly shouts ‘you f****** broke my car’. 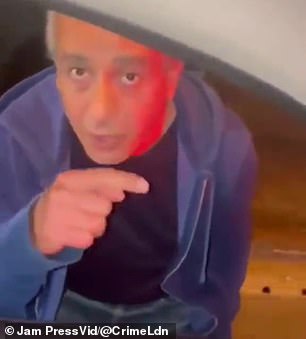 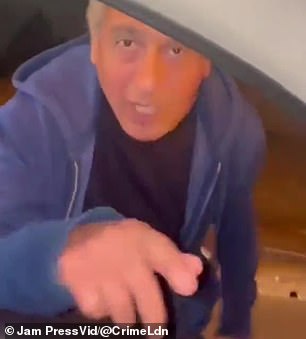 A spokesperson for Metropolitan Police confirmed that enquiries are ongoing to identify the individuals involved.

They added: ‘Police were made aware of a video on social media at 10.04pm on Sunday, 10 October.

‘The video appears to show threats being made to a woman in a car and her car being damaged on the A13, Newham Way, Newham.

‘Officers from North East BCU are making enquiries to identify those involved.’ 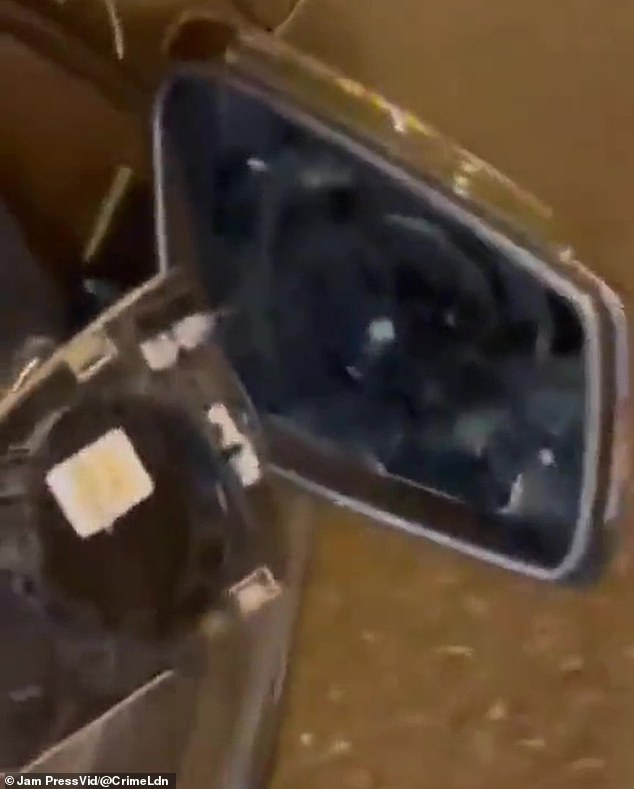 The footage, which shows significant damage to the wing mirror, was shared on Twitter and has been widely circulated.

One user said: ‘As a black cabbie I often drive the A13 on my way home at night, from limehouse to beckton it’s lawless. Constant racing and aggressive driving and nothing is done. Every night’

Another added: ‘Scary stuff for the lady and her kids. Everyone needs a dash cam. Makes it much easier for dealing with these sort of instances afterwards.