THIS is the moment a fireball exploded in a church after a topless man doused the pews in gasoline and ignited them. 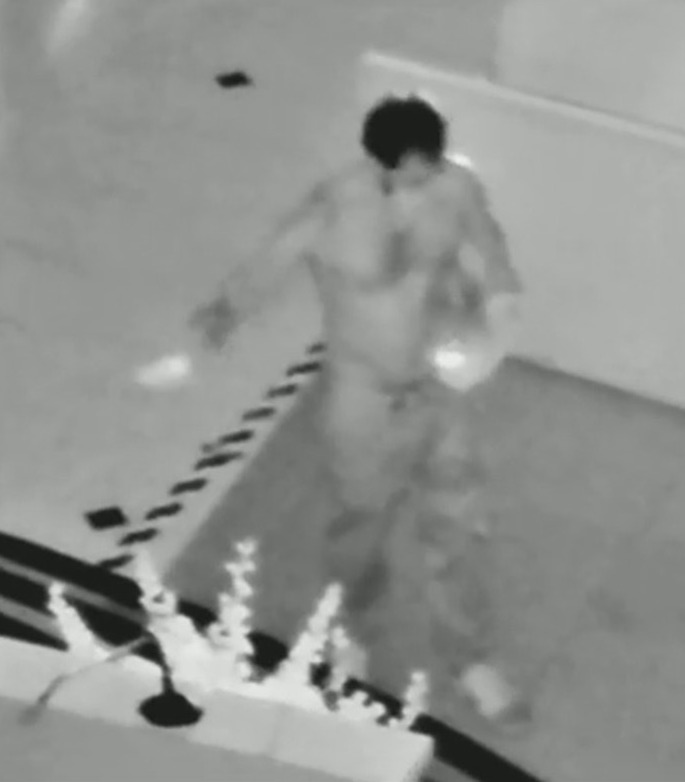 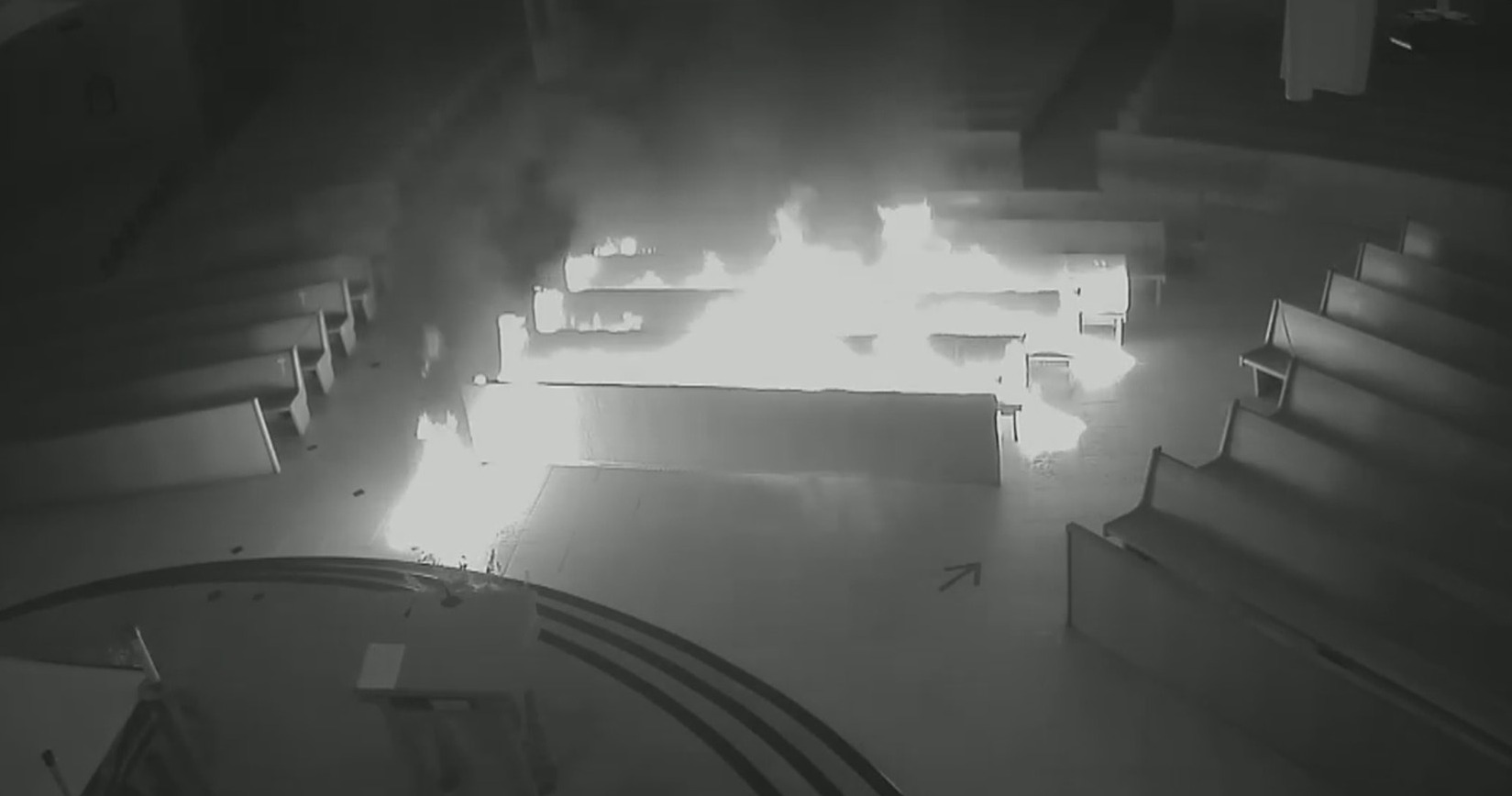 The incident was filmed by surveillance cameras in the census-designated place (CDP) of Town 'n' Country in the county of Hillsborough, Florida.

The Hillsborough County Sheriff's Office wrote on Facebook: “On Friday at 10.36 pm the suspect broke into Incarnation Catholic Church in Town ’N’ Country and lit several pews on fire."

"Video shows him pouring flammable liquid onto three wooden pews before setting them on fire."

According to police, the man ran away from the scene at 10.39pm.

Local police are hoping the CCTV footage will lead to someone identifying the suspect. 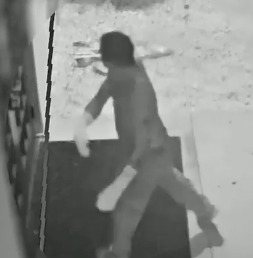 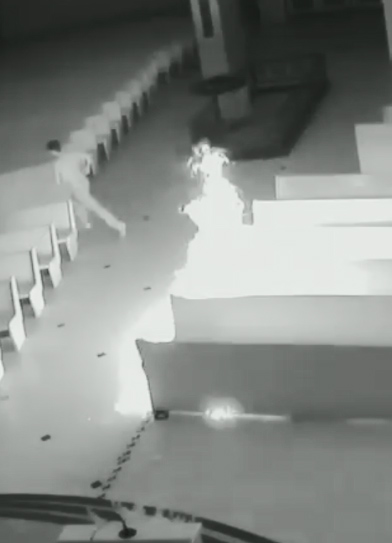 The footage revealed that the suspect broke into the church by throwing items at a glass pane on the entrance doors.

The shirtless man is seen entering the spacious church before apparently pouring flammable liquid over some pews.

He is then seen igniting the liquid – prompting a fireball to momentarily fill the church.

The suspect appeared to flee the burning building empty-handed. 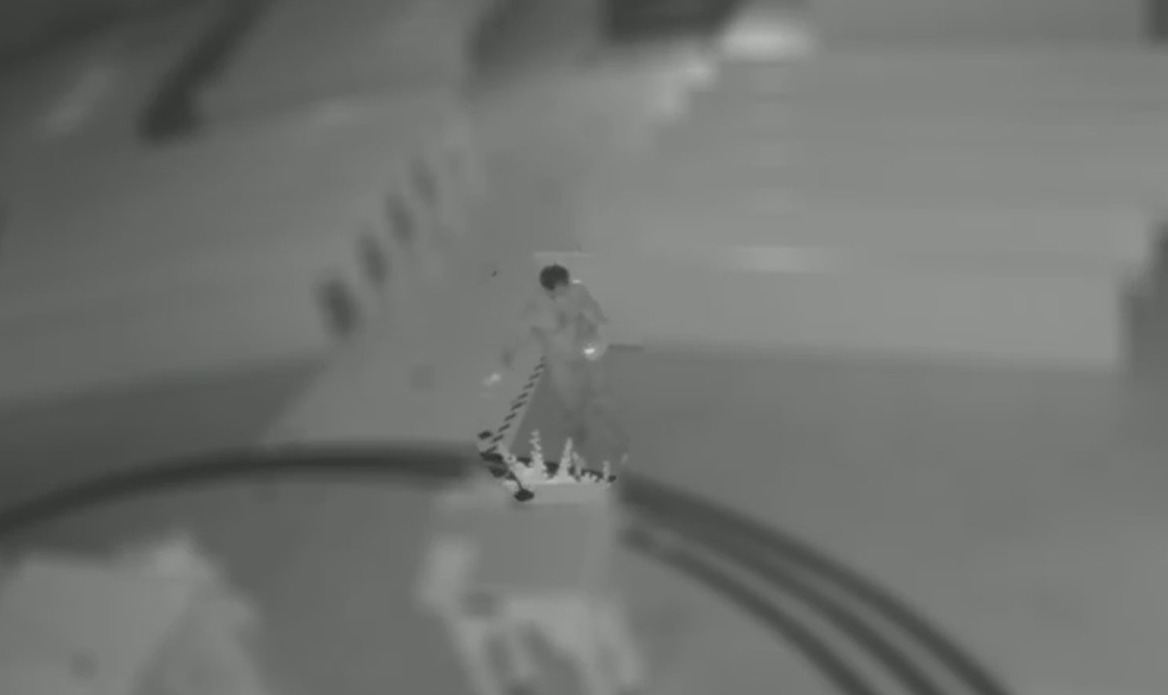 According to the Tampa Bay Times, the federal Bureau of Alcohol, Tobacco, Firearms and Explosives are helping with the investigation.

Meanwhile, Sheriff Chad Chronister said that the flames caused "thousands of dollars in damages" to the church.

Chronister added: "While we are unsure of his motive, it is clear he has no respect for private property or the fact this is a sacred place of worship.

"We promise this church's community we are doing everything we can to capture this suspect and ensure he is held accountable for his actions."