THIS is the horrifying moment a daredevil climbs a 30-foot electricity pole before accidentally shocking himself and plummeting to the ground.

The man drank beer before performing the high-risk stunt in front of a crowd of student revellers outside a house party near Ohio University, Athens, on Friday night. 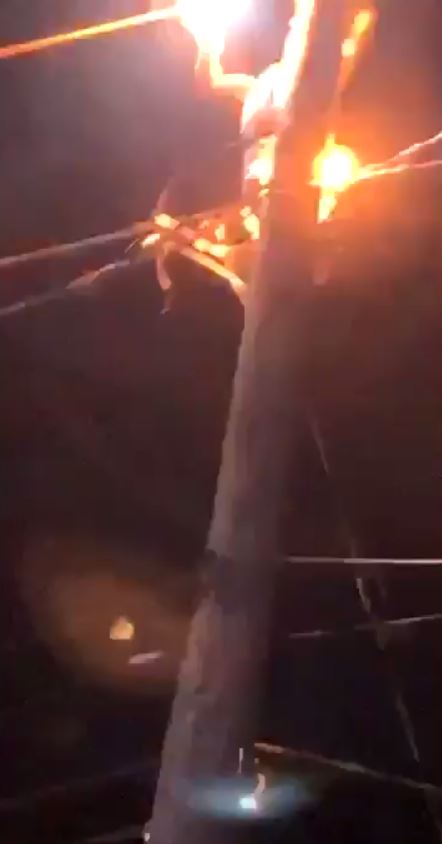 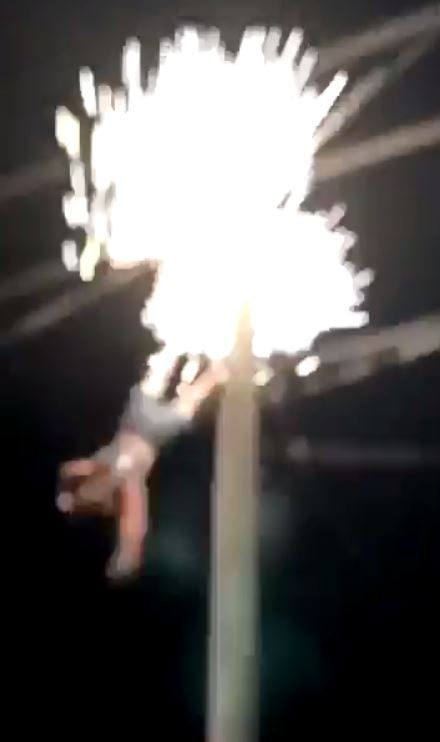 Footage shows a raucous crowd of students cheering as they look up at the man perched at the top of an electricity pole.

As he reached the top, he appears to foolishly touch a live wire, causing a massive spark as electricity surges through him.

For a split second he seems to be paralysed by the shock before he is sent somersaulting with sparks flying before landing on concrete.

Witnesses are then seen scrambling to help him as he lies motionless.

Given what they had just seen, onlookers feared he had been killed.

Yet somehow he survived both the massive electric shock and the force of the impact.

Initially he was fighting for his life in hospital but astoundingly he pulled through.

Twitter user Tyler Uher later identified himself as the victim and posted an online fundraiser begging for cash — saying he had suffered leg and back fractures and was unable to work.

Twitter user @TylerUher97 later shared a Gofundme appeal, writing: "Hate doing this but I don't have a choice while I'm out of work.

"I broke three bones in my left leg and one broke through the skin.

"I have a slight fracture in my right hand and four minor breaks in my back. I also got a lot of burns from this. I will be out of work for at least eight weeks or more so anything helps."

Police have not formally named the man but NBC4 reports he was potentially facing a criminal mischief charge.

Meanwhile, Ohio University confirmed he was not a student there. 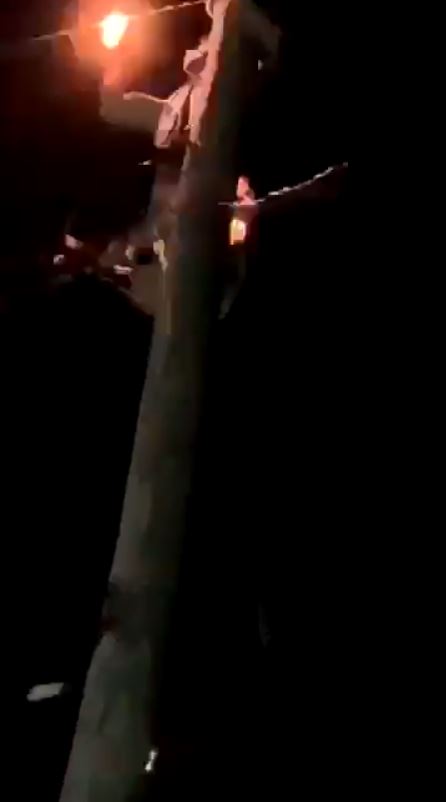 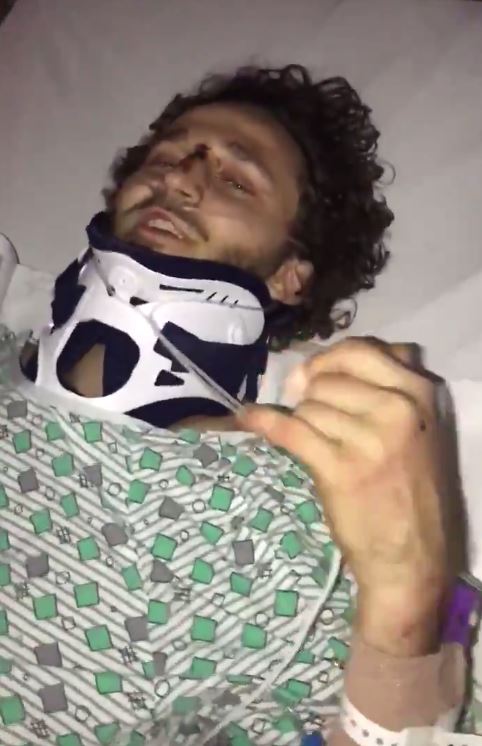 Video of the fall was shared anonymously on social media over the weekend and has been viewed more than 800,000 times.

Student Tyler Rosen, who witnessed the terrifying spectacle, told NBC4: "I was shook up. I was just trying to stay strong and help the man. I didn't know what to do, it was mind-blowing.

"I thought he was dead, there's no explanation for him living. It's a blessing. I'm getting choked up now thinking about it."

Some on social media feel he did not deserve help with his hospital.

One wrote: "It's your fault for doing this. You deserve no money. Risking your life is just stupid asf."

Another asked: "What in the name of God were you thinking?"