‘Mole’ in the legal system: Jail for counsellor who swapped clean samples for drugs

A former drug counsellor has been jailed for more than a decade for brazen offending that undermined Victoria's legal system and included providing clients with clean urine samples in exchange for cash and drugs.

Anthony Dieni was a well-known face in Melbourne courts for years as he regularly gave evidence to vouch for criminals and accused people with drug problems, in his role as co-ordinator of the St Paul's Rehabilitation Service charity. In 1997, he was awarded the Medal of the Order of Australia for his community service helping people with drug and alcohol addictions. 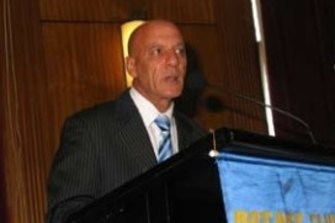 But between December 2016 and September 2017, Dieni reneged on undertakings he gave three magistrates and a Supreme Court judge to report any breaches made by his clients, and instead exploited his position by lying to the courts and concealing clients' breaches from authorities for his own benefit.

Dieni had six clients who were on criminal charges provide him with quantities of cocaine and ice, or money, when he gave them clean urine samples he sourced from third parties. The clean samples meant his clients stayed out of custody after they were granted bail.

He once boasted to a client that a magistrate would "believe whatever I f—ing tell him", and told another man who had been granted bail: "Look at the f—ing shifty I pulled yesterday with you, If I hadn't pulled that shifty with you yesterday … 99 per cent certainty that c— would have locked you up."

On Friday, County Court judge Patricia Riddell jailed the 72-year-old for 14 years, to serve nine years before he is eligible for parole.

Dieni pleaded guilty to six counts of attempting to pervert the course of justice, two of drug trafficking and one of false accounting, related to using $448,800 of St Paul's funds – money mainly accrued from donations – for his own benefit between 2011 to 2017 without documenting the expenses.

He gave the drugs he sourced to his adult grandson but Judge Riddell rejected his claim he did so while trying to wean his grandson off drugs.

Dieni also admitted possessing a shotgun and a pistol that were found in his Keilor Lodge home during his arrest.

Judge Riddell said Dieni failed in both his obligation to keep promises to the courts and authorities and to help his vulnerable clients, and instead encouraged them to flout their bail conditions and break the law.

"You created an atmosphere where they were beholden to you, inducing them to traffic drugs to you which you in turn trafficked to your grandson and other associates," she said.

"Yours were calculated and deliberate actions which undermined the administration of justice. You used your position to manipulate, mislead and undermine court processes and outcomes and to receive illicit drugs from clients and their associates.

"Your offending is an egregious breach of trust of your position and responsibility."

Judge Riddell said counsellors were allies of the justice system as they helped accused people, and judicial officers were reliant on their evidence when making decisions.

"Instead of working with the system, you were a mole, undercutting it from within. It was a monumental betrayal of your role," she told Dieni.

Dieni had no formal counselling qualifications, the court heard, and began assisting others after helping establish the charity in the 1980s after he conquered his own drinking problems.

Judge Riddell acknowledged his work in helping the vulnerable, but found his crimes were deliberate, calculated and sustained and motivated by obtaining drugs and fulfilling his own self-aggrandisement. He had been diagnosed with a narcissistic personality disorder and a depressive disorder.

Dieni was remorseful, particularly at being stripped of his OAM, and the judge acknowledged he was in jail as an older man with health concerns including heart and lung problems, and anxious for the welfare of his wife of 54 years.

He has already served 280 days.