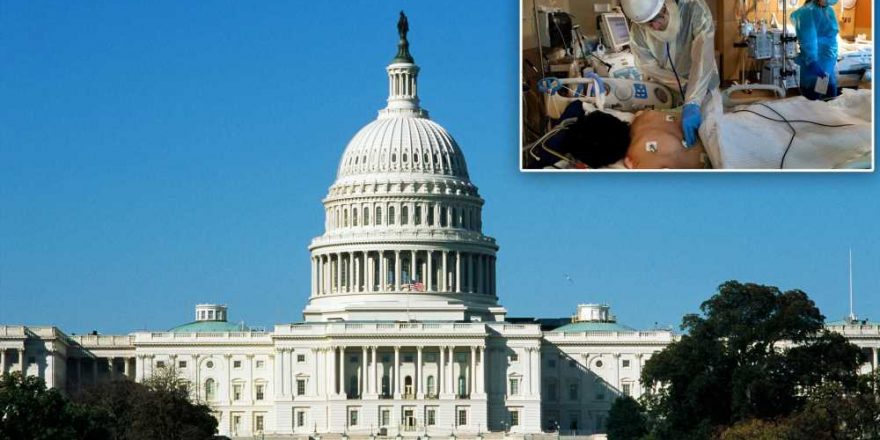 ‘This is BS’: Woman booted from cruise said positive COVID test was ‘falsified’

Members of the Blue Dog Coalition, a group of centrist Democrats, are calling on congressional leadership to move on legislation to create a 9/11-style commission to investigate the origins of COVID-19.

“We write to you to express our strong support for the passage of legislation establishing a national commission on the COVID-19 pandemic, modeled on the 2002 legislation creating the ‘National Commission on Terrorist Attacks Upon the United States,’ also known as the 9-11 Commission. We believe H.R. 6429 from the 116th Congress, introduced by Rep. Stephanie Murphy (D-Fla.) and Rep. John Katko (R-NY), provides a good template,” they wrote.

“The COVID commission would consist of 10 well-respected individuals, five appointed by Democrats and five appointed by Republicans, and would be supported by a non-partisan staff of subject-matter experts. The commission would examine how COVID-19 emerged and spread in the United States; evaluate the United States’ preparedness for and response to the pandemic; and issue a report providing Congress, the President, and the American people with a full accounting of what occurred and recommending concrete steps the U.S. public and private sector can take to prevent, prepare for, respond to, and mitigate the harmful impact of future pandemics.”

The lawmakers stressed that they feel the commission should not be a partisan exercise, adding that they believe both sides need to come together to investigate the matter. The lawmakers added that they would like to see the panel be able to build upon information gathered in separate probes being conducted by the intelligence community into coronavirus response.

“The purpose of the commission would not be to point fingers or assign blame, but rather to make the United States stronger and more resilient if we face another pandemic,” they continued.

“Importantly, as part of its mandate, the commission would build on the work that is currently being conducted by the intelligence community and other components of the federal government to investigate the precise origins of COVID-19 in China.”

The group noted that the Chinese government, which opted not to fully disclose information at the start of the pandemic, is unlikely to cooperate, writing that “Its objections should be noted and then disregarded.”

The lawmakers highlighted the gravity of impact COVID-19 had on the country, stating that it would be “unthinkable” for Congress not to act on the matter.

“In the wake of both the 9-11 attacks and the 2007-2008 financial crisis, Congress came together on a bipartisan basis to establish independent commissions to learn from the past and prepare for the future,” the letter said.

“It would be unthinkable if Congress were not to follow this sound precedent and establish a commission to investigate a pandemic that has already claimed the lives of more than 600,000 Americans and upended our nation’s economy.”

The Blue Dogs previously called for a bipartisan task force to look into China’s initial response to the coronavirus outbreak in May 2020.

While the bipartisan task force did not move forward on that, House Republicans opted to establish a task force on China to look into a host of issues, including the pandemic, during the 116th Congress. Democrats ultimately opted to back out of joining the task force, which was initially slated to include members from both parties.