Home » World News » Model, 25, who spent £30k on tattoos strips off to reveal 98% of her body is covered in ink… including her EYEBALLS

Model, 25, who spent £30k on tattoos strips off to reveal 98% of her body is covered in ink… including her EYEBALLS

A MODEL who spent £30k on tattoos strips off to reveal 98 per cent of her body is covered in ink … including her eyeballs.

Amber Luke, 25, showcased her bold new look in a tiny bikini during her stay at the Gold Coast in Australia. 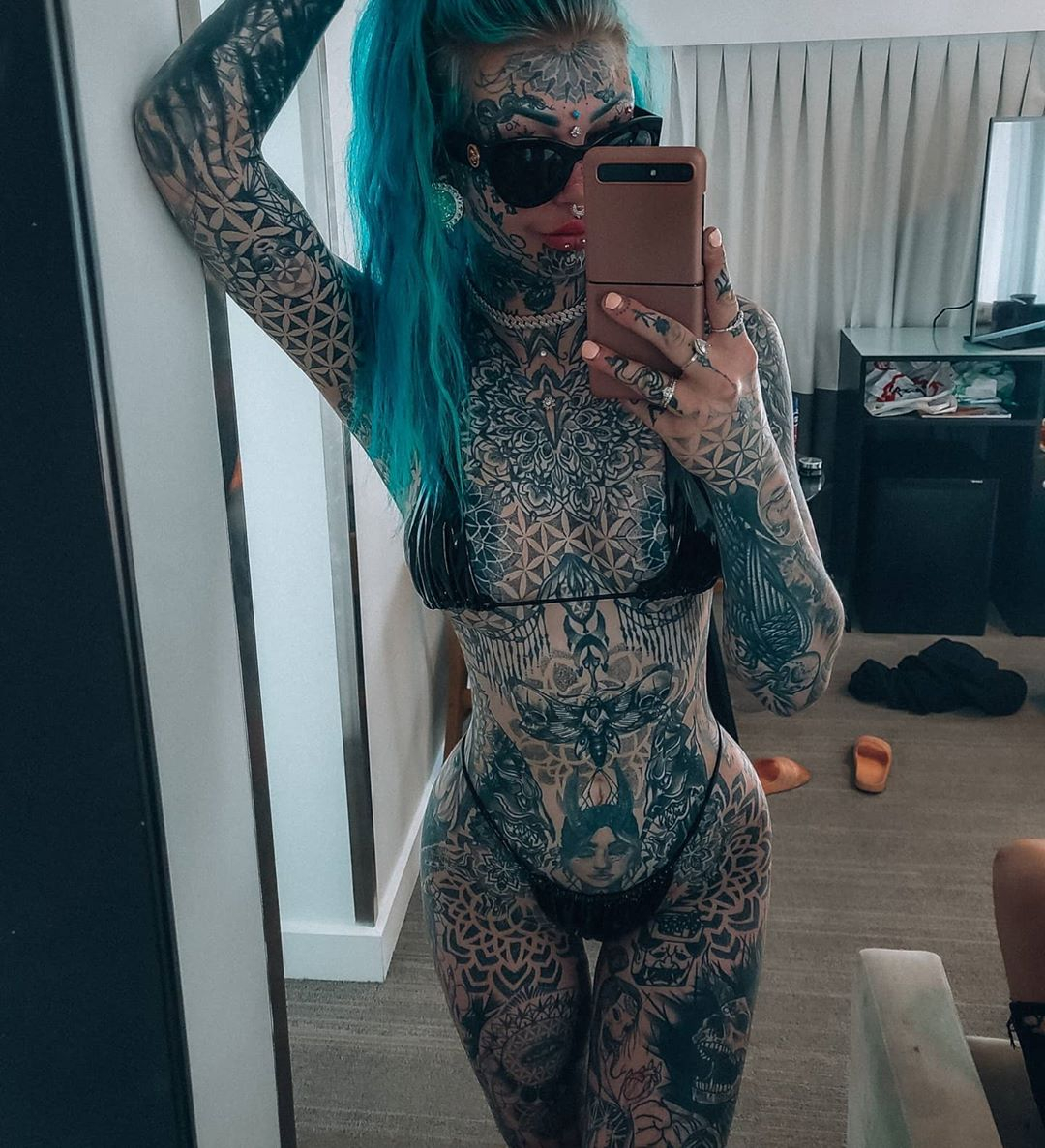 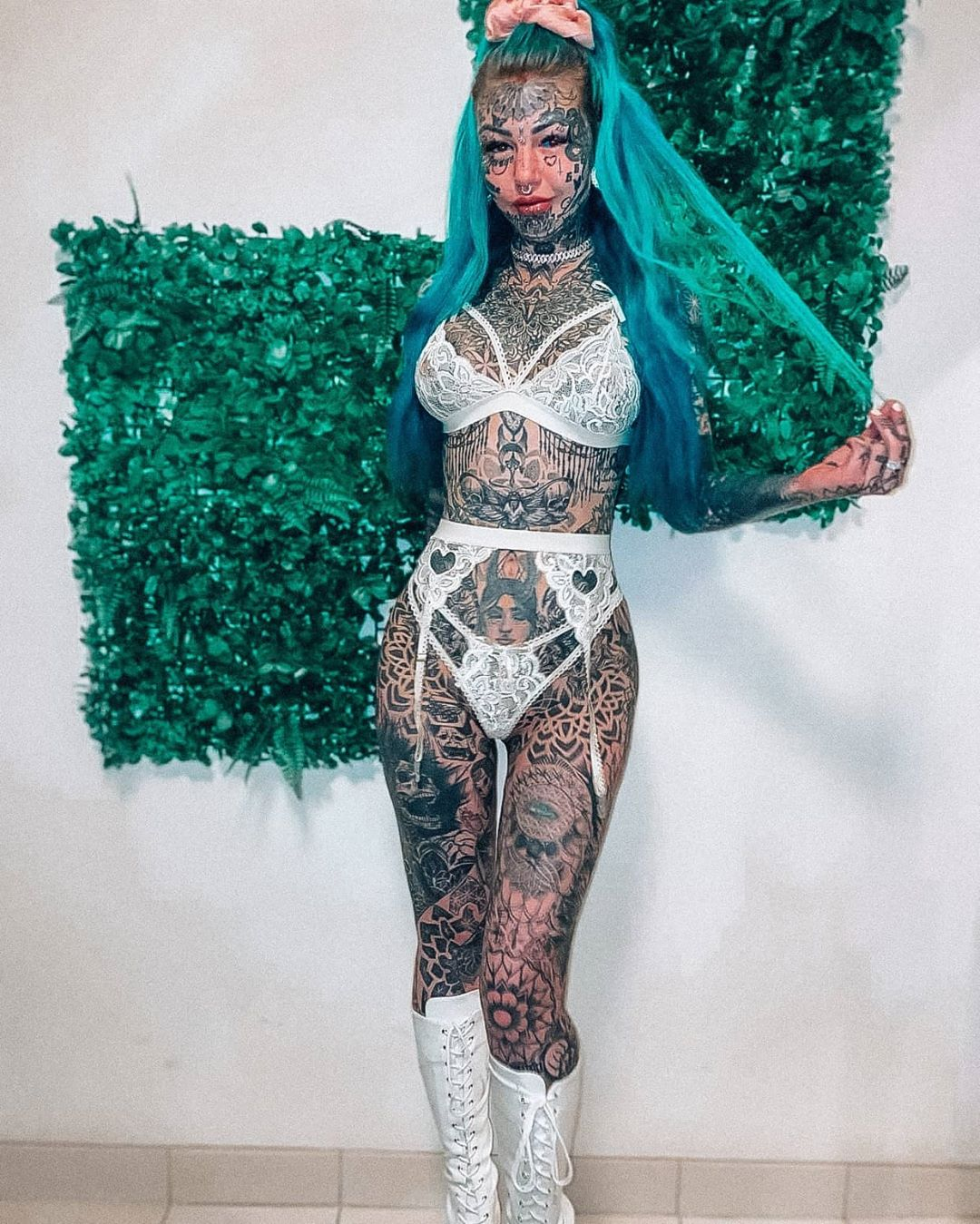 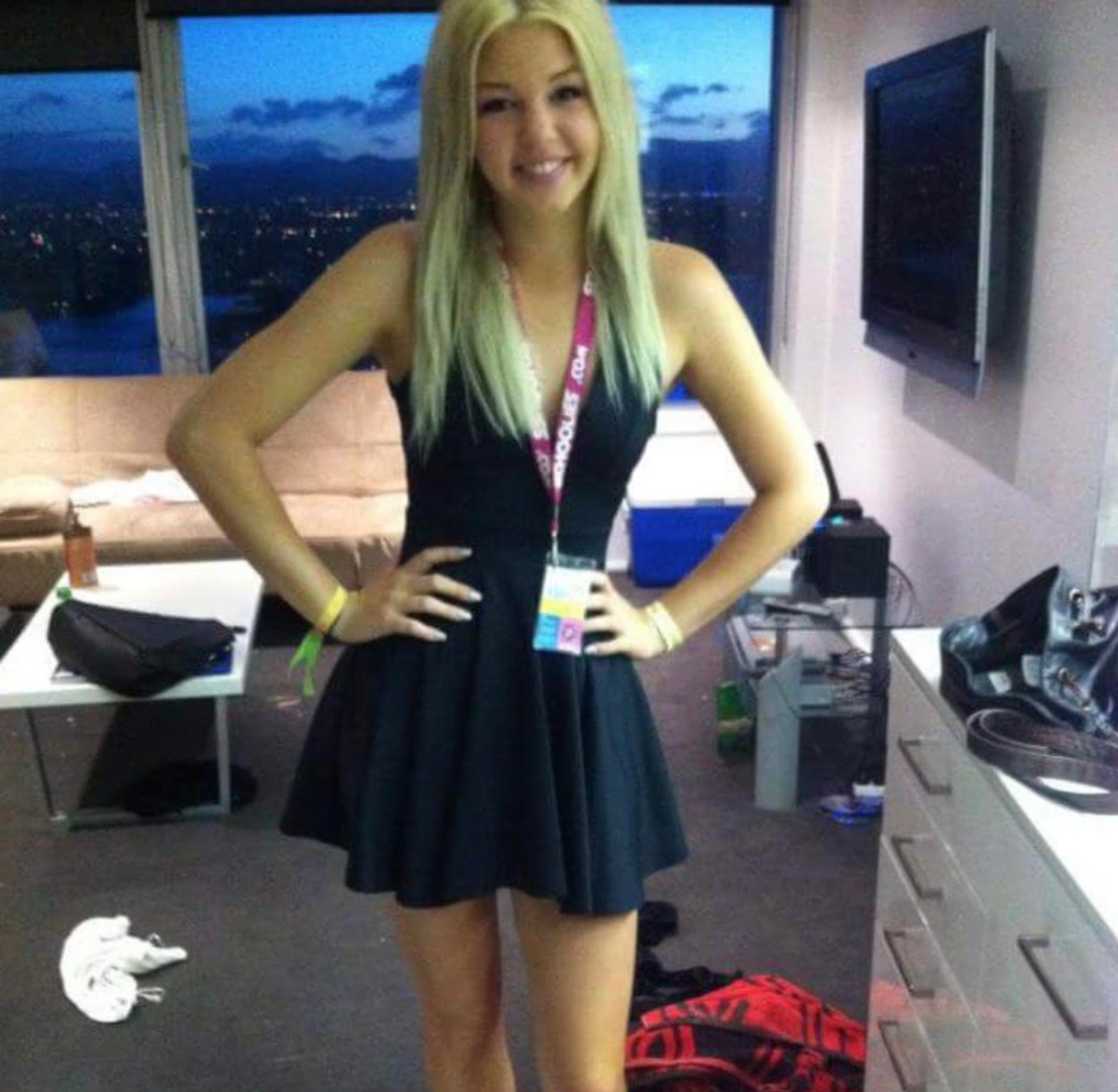 The 25-year-old, who described herself as an 'alternative barbie' believes she’s covered 98 per cent of her body in tattoos.

In a series of photos posted to her Instagram page, she dressed in skimpy swimwear and lingerie while posing for a mirror selfie.

The Aussie model boasts a collage of intricate tattoos in geometric patterns, portraits and piercings.

Her face tattoos include bold calligraphy and a mandala design on her forehead.

She previously said: “I can't even begin to describe to you what the feeling was like, the best thing I can give you is once the eyeball was penetrated with the ink, it felt like [the tattoo artist] grabbed 10 shards of glass and rubbed it in my eye.

Amber has more than 36,000 fans on Instagram and many swoon over her tattoos.

Amber, from New South Wales, Australia, got her first tattoo aged 16, and said it felt “like home”.

She said: “At first it was because I wanted to know what the feeling was like – I craved it even though I had no idea what it felt like.

“Once the needle penetrated my skin, it felt like home.”

Explaining how her love for tattoos developed, as she got older Amber began to cover more of her body in ink, and now boasts a number of face tattoos, eyeball colouring, she’s had her tongue split and had a silicone implant in her eye to look like a ‘pixie’.

The Australian bombshell has close to 600 tattoosand is now getting “blackout tattoos”.

These involve covering over the skin in black ink, which you can then etch into with white designs.

She explained: “I have future plans to work with white over the blackout when it’s all healed.”

Amber also plans to go under the knife in the coming weeks to get a second breast augmentation with a 550CC implant.

Amber shares her transformations on her Instagram and says she gets a lot of positive reactions and support. 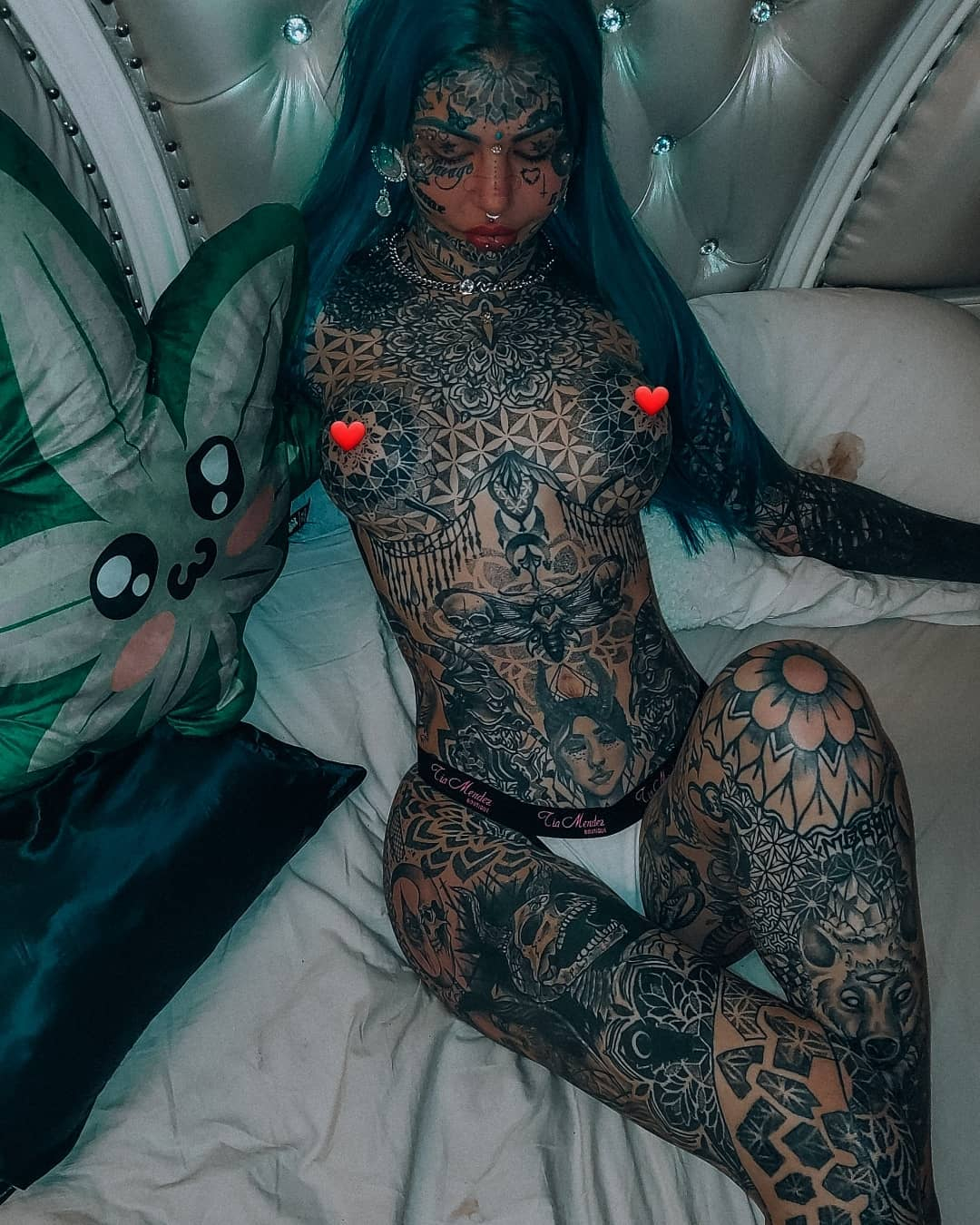 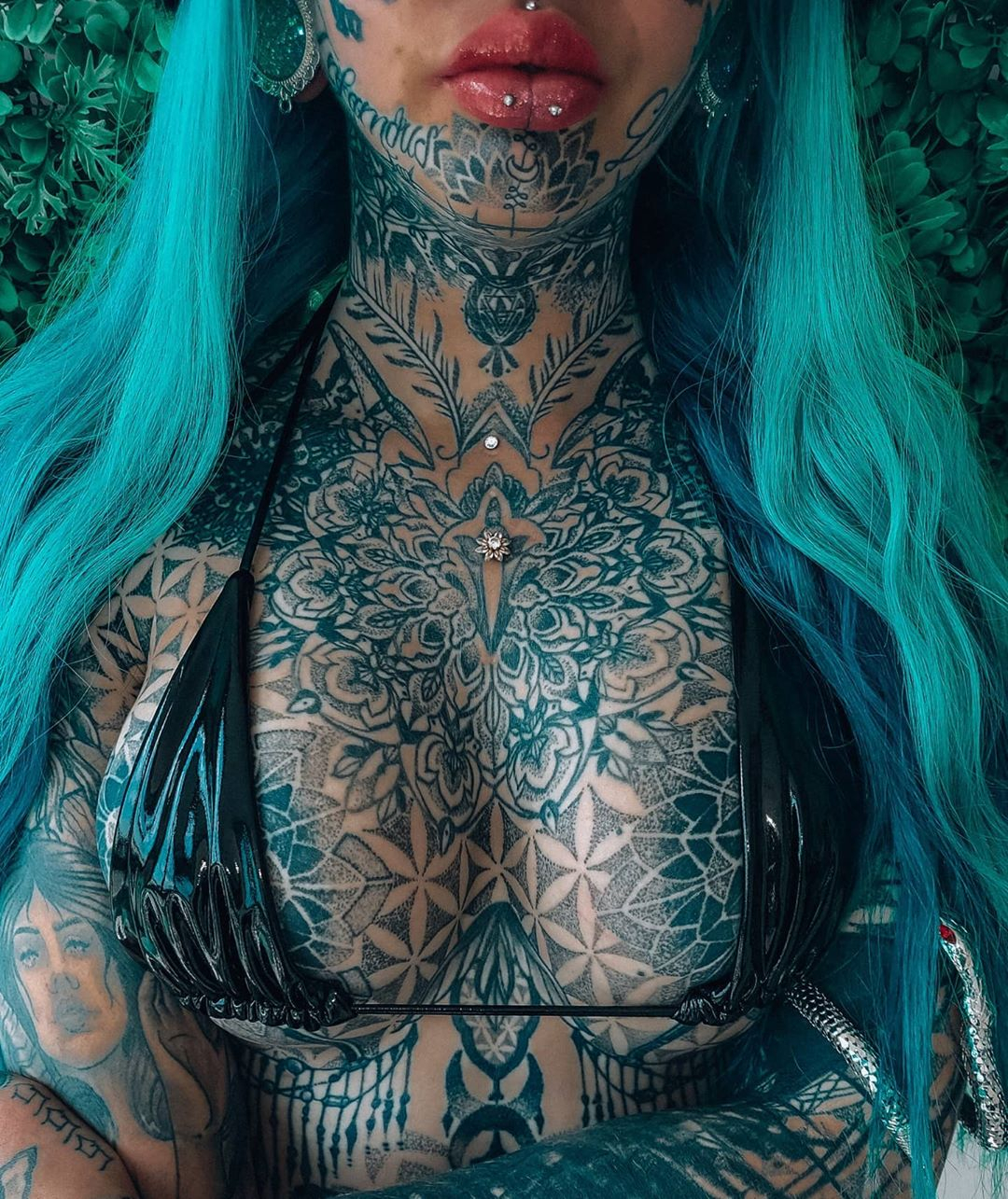 American democracy is losing the fight against Trump's misinformation. We need to turn it around.