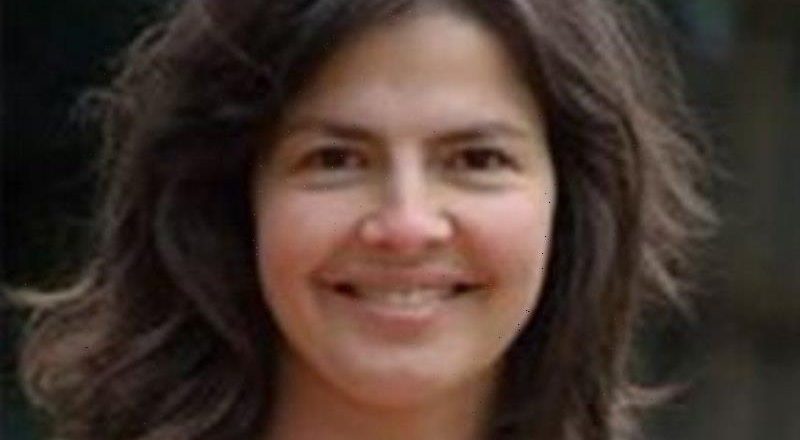 Brenda Lovell was at the park when she received a joyous phone call from son Nick. She had a new granddaughter, he told her, born that morning during a home birth.

The grandmother was ecstatic and drove to her son’s home in Melbourne’s north-eastern suburbs. But when she arrived, an ambulance and a fire truck were parked outside.

She entered the house to see paramedics performing CPR on her daughter-in-law, Caroline Lovell. 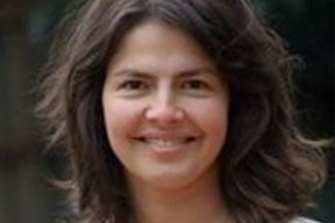 “I was totally shocked,” Brenda Lovell told Melbourne Magistrates Court, where the tragic events surrounding Caroline Lovell’s death almost 10 years ago have been aired this month during an examination of the actions of the two midwives who oversaw the home birth.

It was 8.52am on January 23, 2012, when Caroline gave birth to her second daughter in warm water in an inflatable pool in her home’s lounge. Caroline was passionate about home birth after a traumatic hospital experience in 2008, when her first daughter was born, and for almost an hour after her 2012 delivery, everything was fine as she nursed her baby.

But inside that precious first hour, Caroline’s health declined rapidly. She sustained vaginal and perineal tears during the birth that went undetected, prosecutors argue, and began to haemorrhage from those wounds. At 9.50am, she tried to get out of the pool but complained of feeling light-headed and collapsed, and momentarily lost consciousness.

She became agitated and told the midwives and her husband she wanted to go to hospital. “I’m dying,” she said. By 10.20am, she lost consciousness again, the midwives began performing CPR and an ambulance was called.

Fourteen hours later, Caroline died in the Austin Hospital after her organs shut down.

Midwives Gaye Demanuele, 60, of Preston, and Melody Bourne, 45, who now lives in Mullumbimby in northern NSW, were last year charged with manslaughter. Police and prosecutors allege they were criminally negligent in caring for Caroline.

The two women, who deny any wrongdoing, will on Monday return before court for a hearing that allows their lawyers to test the evidence and will determine whether they face trial.

What caused Caroline’s decline and how much blood was in the pool are now points of contention. 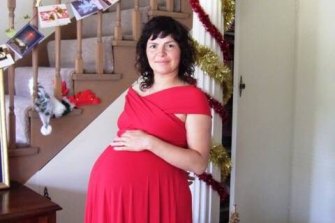 Caroline Lovell during her pregnancy.

Caroline felt strongly about giving birth to her second child at home. Those close to her have told the court she spoke of feeling disempowered giving birth the first time, when she suffered complications. She told her doula she wanted her second birth to feel “calm and quiet and cool”.

Nick Lovell said his wife had been passionate about birthing rights, was well informed and had done a lot of investigating and reading about home births.

“She didn’t feel it went as well as it could,” he said of the 2008 delivery. “It wasn’t the process she expected or wanted.”

Her mother, Jade Markiewicz, gave evidence that Caroline wanted to be comfortable and in control during her second birth, but she insisted her daughter would have chosen a hospital over a home birth if she had been properly warned of the potential health complications.

“I trusted that midwives were doing their job. I had no idea there were midwives who would operate the way these two have — ideology before life,” she said.

Most of the medical experts who examined Caroline on her arrival at the Austin diagnosed a postpartum haemorrhage as the cause of her blood loss, decline and death.

Caroline suffered a postpartum haemorrhage when giving birth to her eldest daughter at Geelong Hospital. The specialists who examined her in 2012 found she sustained tears during that birth, and concluded those wounds caused the blood loss.

One obstetrician estimated about 10 per cent of women experience postpartum haemorrhages and, of those, about 1 per cent can be fatal, where a woman might “bleed out” in minutes. 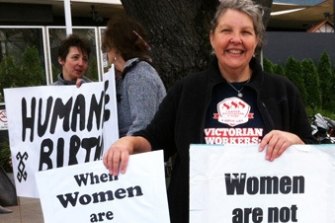 The questions asked by defence lawyers suggested they might argue Caroline’s death could have been caused by other factors, such as an even more rare amniotic fluid embolism (AFE) – where amniotic fluid enters the mother’s bloodstream – or an anaphylactic reaction to a drug used to induce labour. Research shows an AFE occurs once in every 20,000 births.

Forensic pathologist Yeliena Baber found no signs of an amniotic fluid embolism in Caroline’s body, but couldn’t rule it out. “There’s no evidence of an AFE but I cannot say it didn’t occur,” she said.

Obstetrician and gynaecologist Claire Petterson said she had seen only one AFE in her 40-year career and, while possible, it was “highly unlikely” Caroline had one, and she instead most likely experienced a haemorrhage like in 2008. The midwives reported Caroline hyperventilating after the 2012 birth, but Dr Petterson suspected that was not an anxiety attack but “air hunger”, through gasping for breaths because of major blood loss.

Photographs of Caroline in the pool show her in reddish-brown liquid, and ambulance paramedic Maree Daley described the liquid as dark. But exactly how much blood was in the water is unknown, and Ms Bourne’s barrister, Robert Richter, QC, and Rishi Nathwani, for Ms Demanuele, suggested to several witnesses it didn’t take much blood to disperse and darken water.

Coroner Peter White, who investigated Caroline’s death, was in 2016 critical of the midwives emptying the pool while the mother was at hospital, although Caroline’s in-laws told police they were grateful the midwives spared them the task.

Another obstetrician, Adam Pendlebury, agreed with Mr Richter that midwives were trained to estimate how much blood women lost giving birth.

“Absolutely they are, they are experts in it,” said Dr Pendlebury, who described Caroline’s death as the “most traumatic” of his career. “But the word ‘estimation’ is the operative word there.”

Figures on the Australian Institute of Health and Welfare website show home births account for 0.3 per cent of babies born nationwide every year. In 2019 that figure represented about 900 of the 303,000 babies born. Australia’s recorded maternal mortality rate in 2017 was six women in every 100,000 babies born.

At the time of Caroline’s death, Ms Demanuele had been a registered nurse for 15 years and had six years’ experience as a registered midwife.

Ms Bourne held a bachelor of midwifery degree and began practising in 2009. The women are no longer registered as midwives with the Australian Health Practitioner Regulation Agency.

Magistrate Peter Reardon, a former coroner, will this week decide whether there is enough evidence that a jury could convict the midwives. They are yet to formally enter a plea.