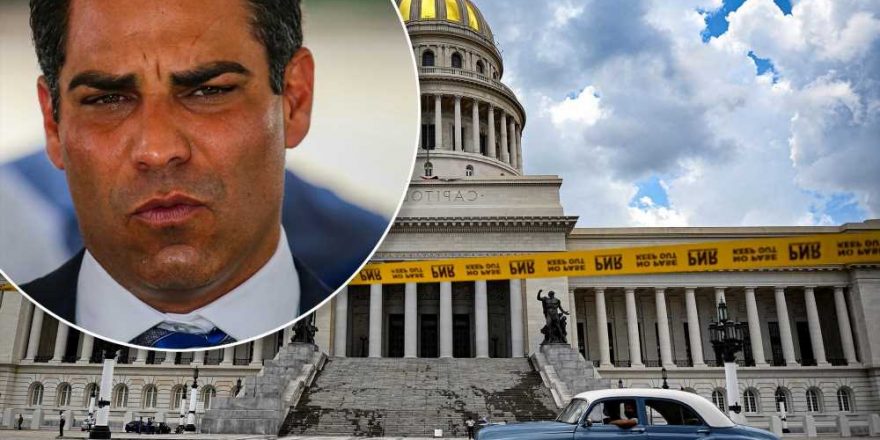 Closed border: Cuban and Haitian boat refugees warned against traveling to US

Graham cracks Biden on Cuba protests: ‘Like a deer in the headlights’

Summer’s a bummer for socialists in denial: Goodwin

The mayor of Miami, Florida, has called on the US to consider military action to overthrow the Communist regime in Cuba — even if that means launching airstrikes.

Francis Suarez — whose father was Miami’s first Cuban-born mayor — told Fox News on Tuesday that “what should be being contemplated right now is a coalition of potential military action in Cuba.”

He highlighted previous US military action in Panama, Kosovo and Pakistan, the latter of which “probably saved thousands” of lives by killing Osama bin Laden when President Biden was vice president.

“What I’m suggesting is that that option is one that has to be explored and cannot be just simply discarded as an option that is not on the table,” Suarez insisted.

“That’s something that needs to be discussed and needs to looked as a potential option in addition to a variety of other options that can be discussed.”

He later told the Miami Herald that he was expecting a call from the president — and planned to ask him to consider military intervention.

“It’s difficult for any elected official, Republican or Democrat, not to take the side of the Cuban people when they see images of people risking their lives, protesting in the streets,” he said of the mass demonstrations.

He also stressed that “the Cuban people are not asking for the lifting of an embargo” enforced by the US, which Cuban officials and many on the left have blamed for the protests.

“They’re going out on the streets every single day talking about the failure of the Communist regime to provide for its people. And it has failed for six decades,” he said.

Since protests broke out in Cuba over the weekend, thousands have also taken to the streets of Florida, home to the largest US population of Cuban Americans — closing down a number of major roads on Tuesday.

As hundreds of others also rallied at a Miami park, a large group shouted support for the Cuban protesters as they blocked traffic on Miami’s Palmetto Expressway in the afternoon.

For a second day, Cuban Americans in Tampa gathered Tuesday at an intersection, blocking traffic and waving Cuban flags.

Like the group in South Florida, Tampa demonstrators attempted to gain access to Interstate 275, but police held them back. Orlando also had hundreds of protesters blocking a busy street for about an hour Tuesday.