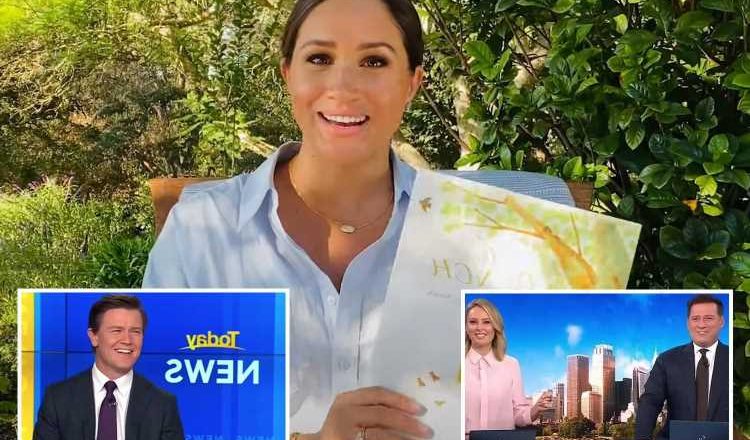 MEGHAN Markle's was mocked over new her book 'The Bench' by Aussie TV hosts who burst into uncontrollable laughter.

The hosts of Sunrise Australia were reacting to a video in which she gushed over Prince Harry and Archie as she read out her children's book The Bench. 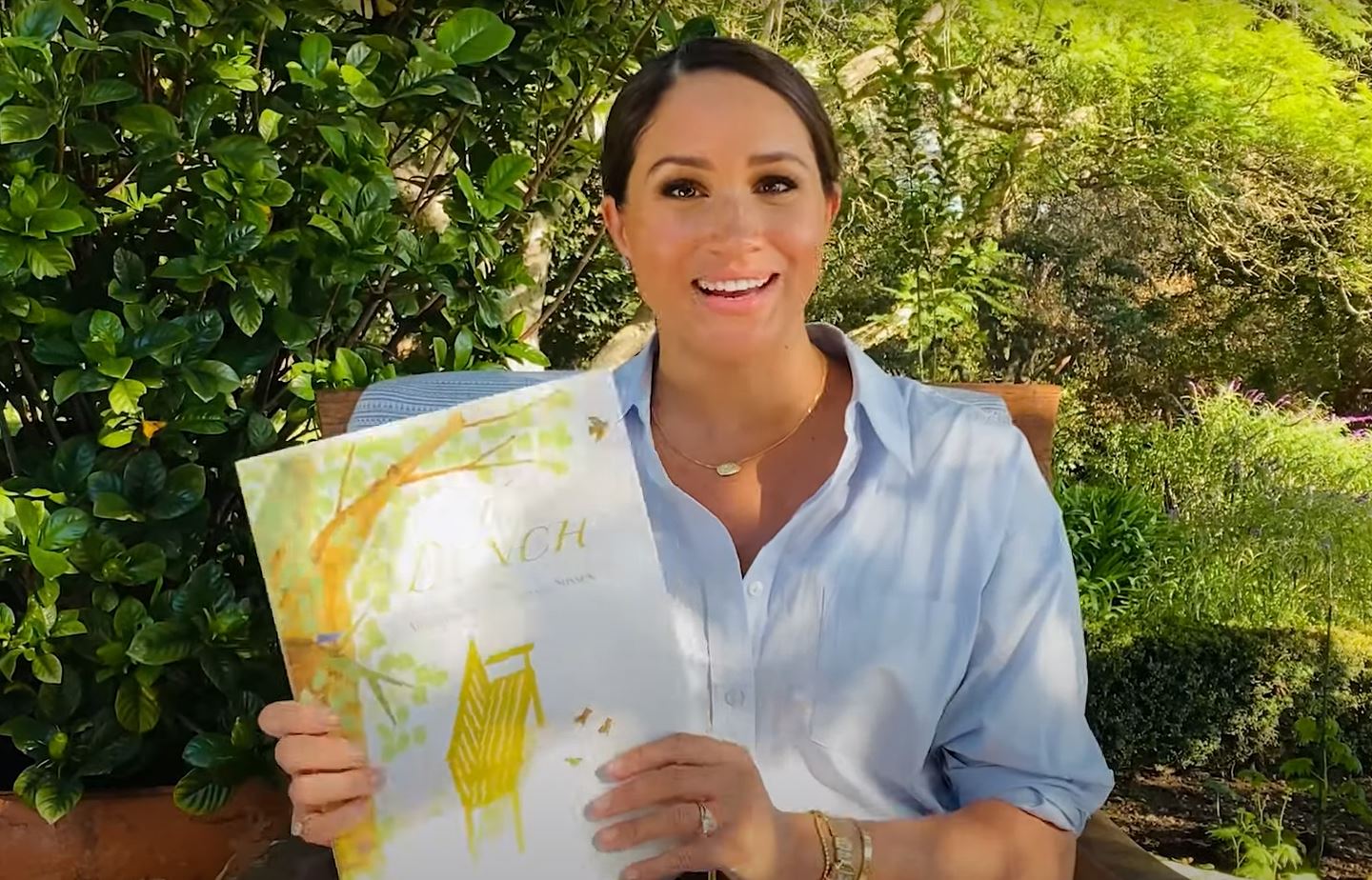 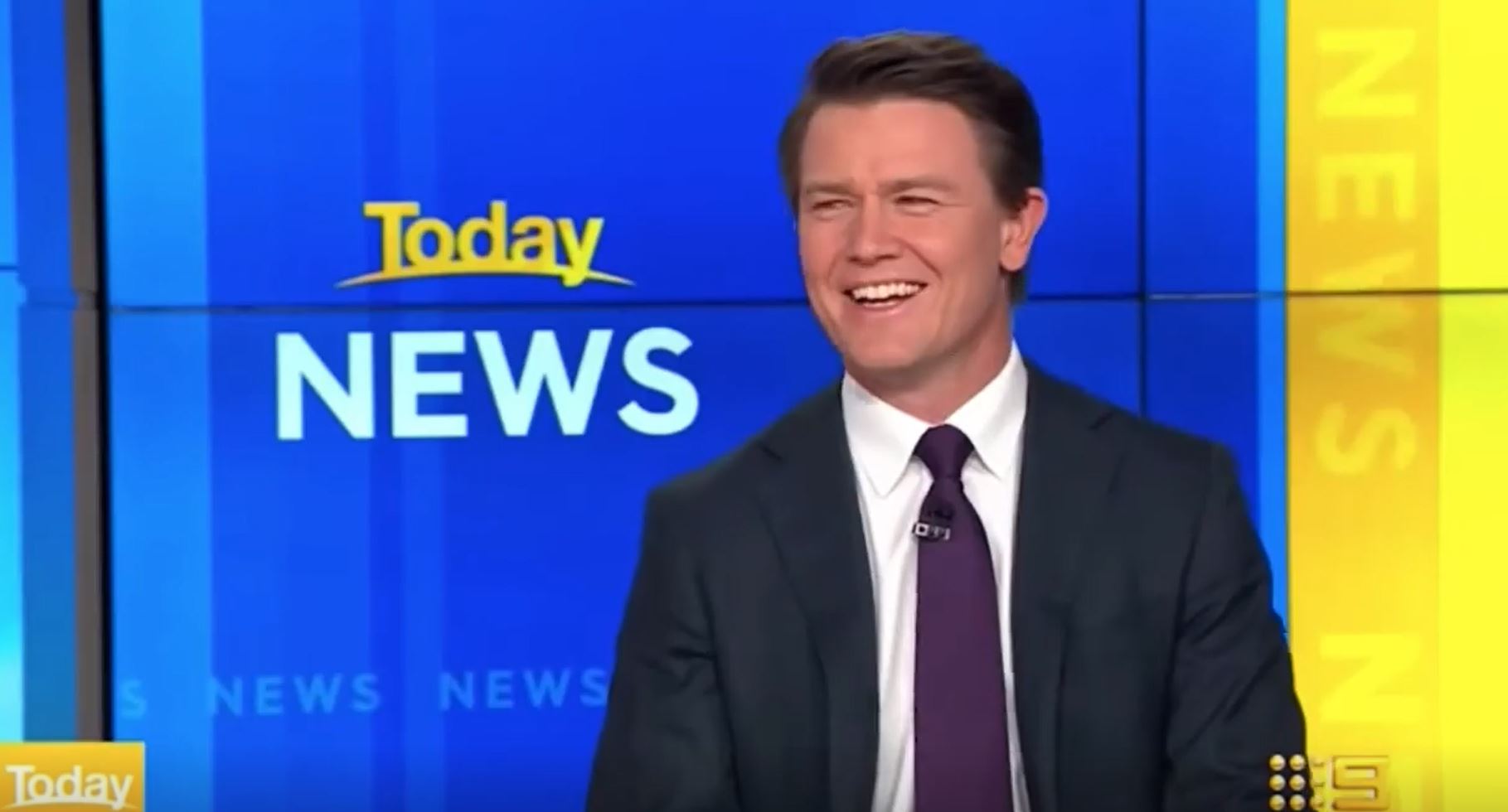 Meghan, 40, read an audio version of The Bench for Brightly Storytime with a brief introduction.

But hosts Karl Stefanovic, Allison Langdon and Alex Cullen, could be heard laughing as they played the video of the Duchess of Sussex live.

When the video of Meghan stopped the team burst into laughter, claiming they were "sorry."

He replied: "It is a lovely story, it's fascinating, fulfilling me in many, many ways I never thought possible.”

Stefanovic claimed it was "really hard to keep a straight face" during the video.

He added: "As we always say, pump pump," referencing a line in Meghan's book.

The Duchess of Sussex penned the book after originally writing a poem for Harry's first Father's Day from their son Archie.

Introducing herself as "Meghan, the Duchess of Sussex", she says: "I wrote this as a poem for my husband and our son Archie and then turned it into a book so you can enjoy it too."

Meghan, who looks casual in a white shirt and jeans with her hair tied up, can be seen sitting on a bench clutching a copy of her book.

She praises the "extra special" illustrations by award-winning artist Christian Robinson, which feature throughout the narration.

Meghan also reads out her dedication to the "man and boy who make my heart go pump-pump".

The book – Meghan's first – was published in June this year days after the birth of her second child, Lilibet Diana.

It was published by Random House Children's Books, who are also releasing Prince Harry's explosive memoirs.

Meghan said previously: "The Bench started as a poem I wrote for my husband on Father's Day, the month after Archie was born. That poem became this story.

"Christian layered in beautiful and ethereal watercolour illustrations that capture the warmth, joy and comfort of the relationship between fathers and sons from all walks of life.

"This representation was particularly important to me and Christian and I worked closely to depict this special bond through an inclusive lens.

"My hope is that The Bench resonates with every family, no matter the make up, as much as it does with me."

The video comes amid reports Meghan and Harry are "not interested in making things work" with the Royal Family after they snubbed an invite to a bash in honour of Princess Diana.

It also comes after the Queen was

forced to cancel an appearance in Northern Ireland after spending a night in hospital last week.

Harry and Meghan have been living in the US for more than a year now since quitting the royals.

The family have not yet met the couple's baby Lilibet in person, who was born four months ago. 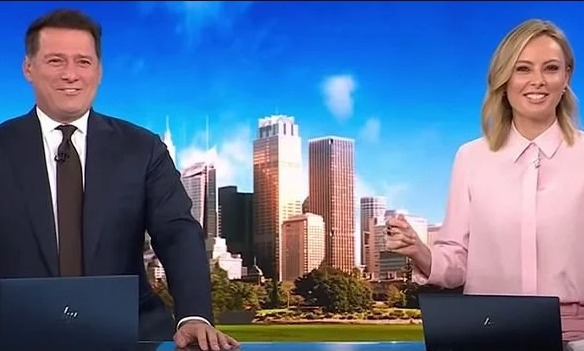 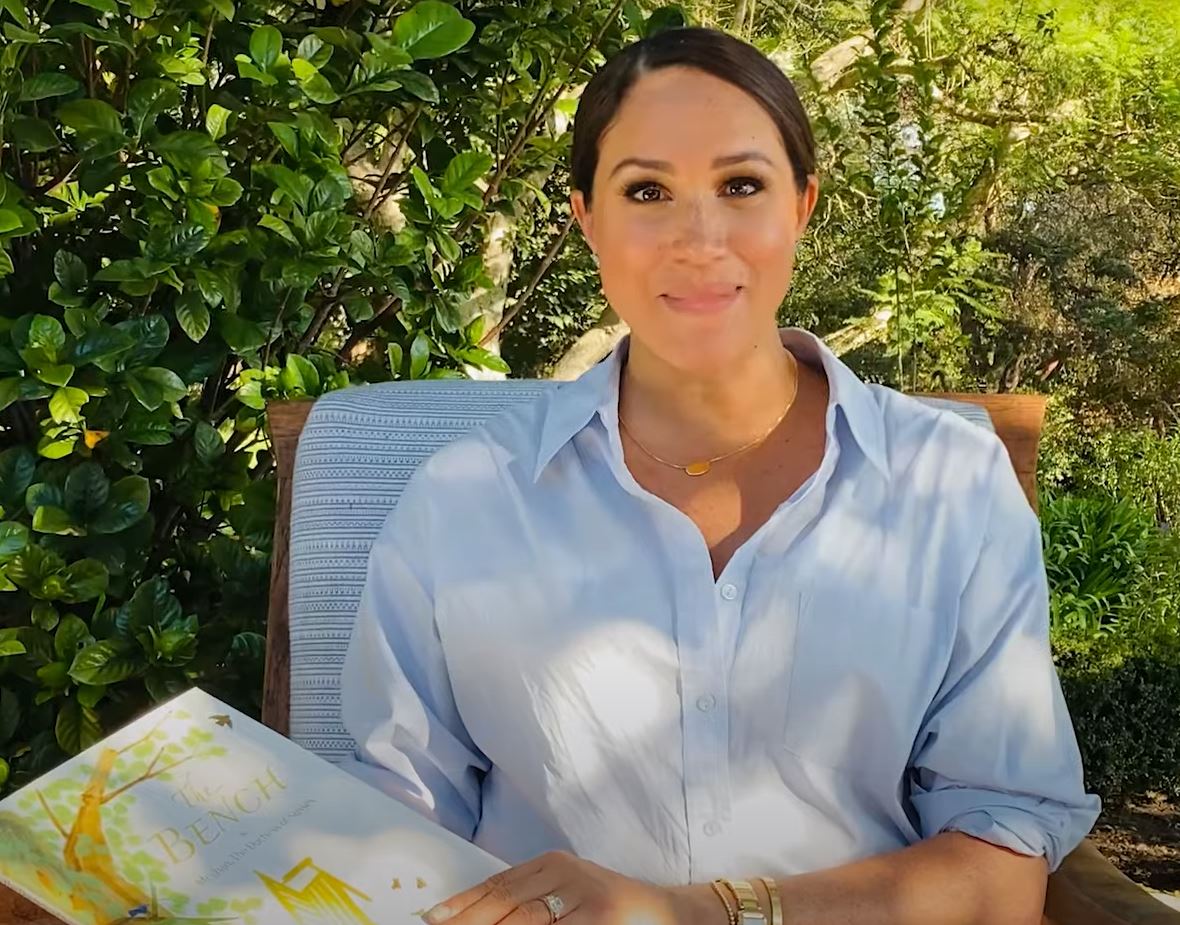 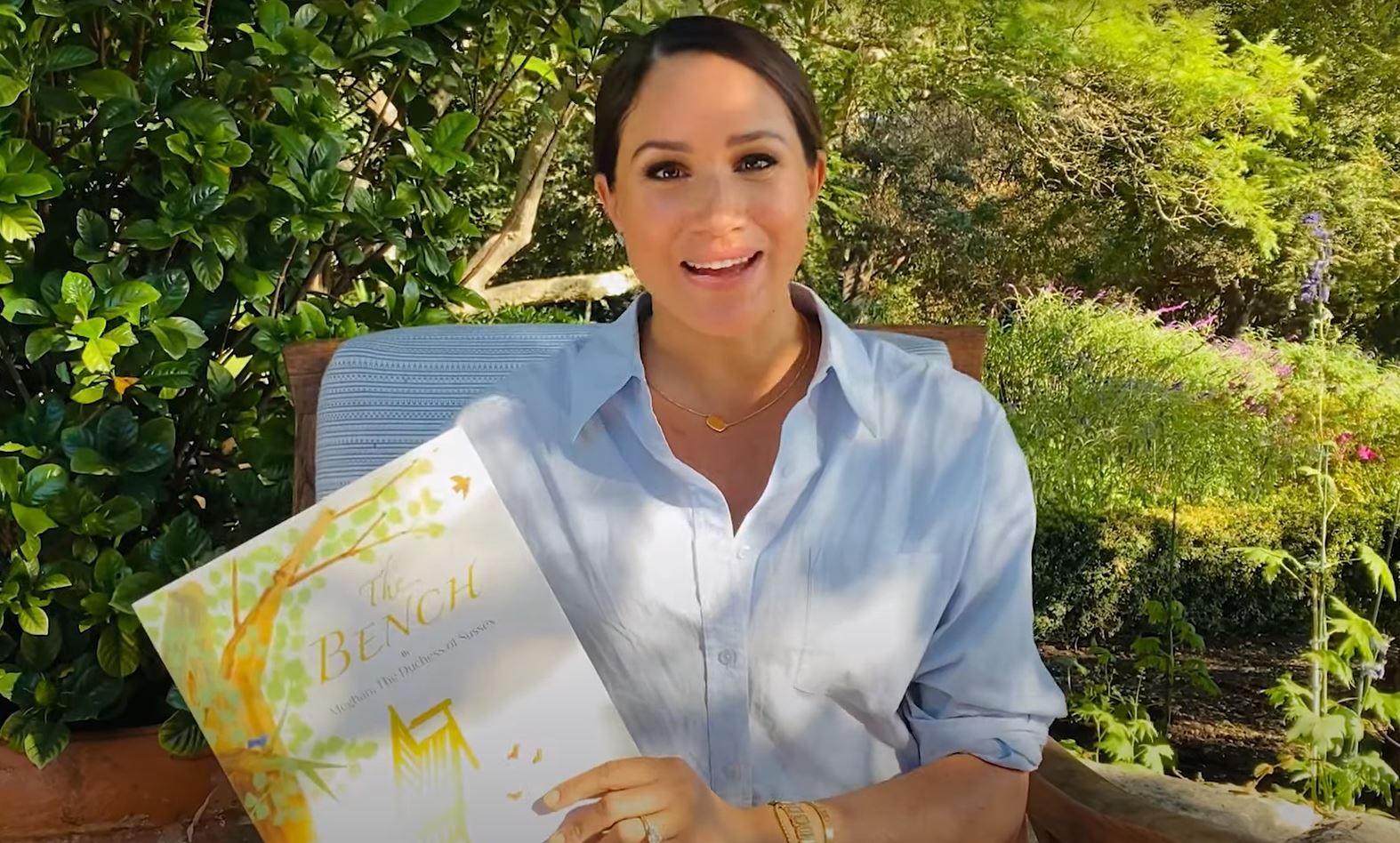 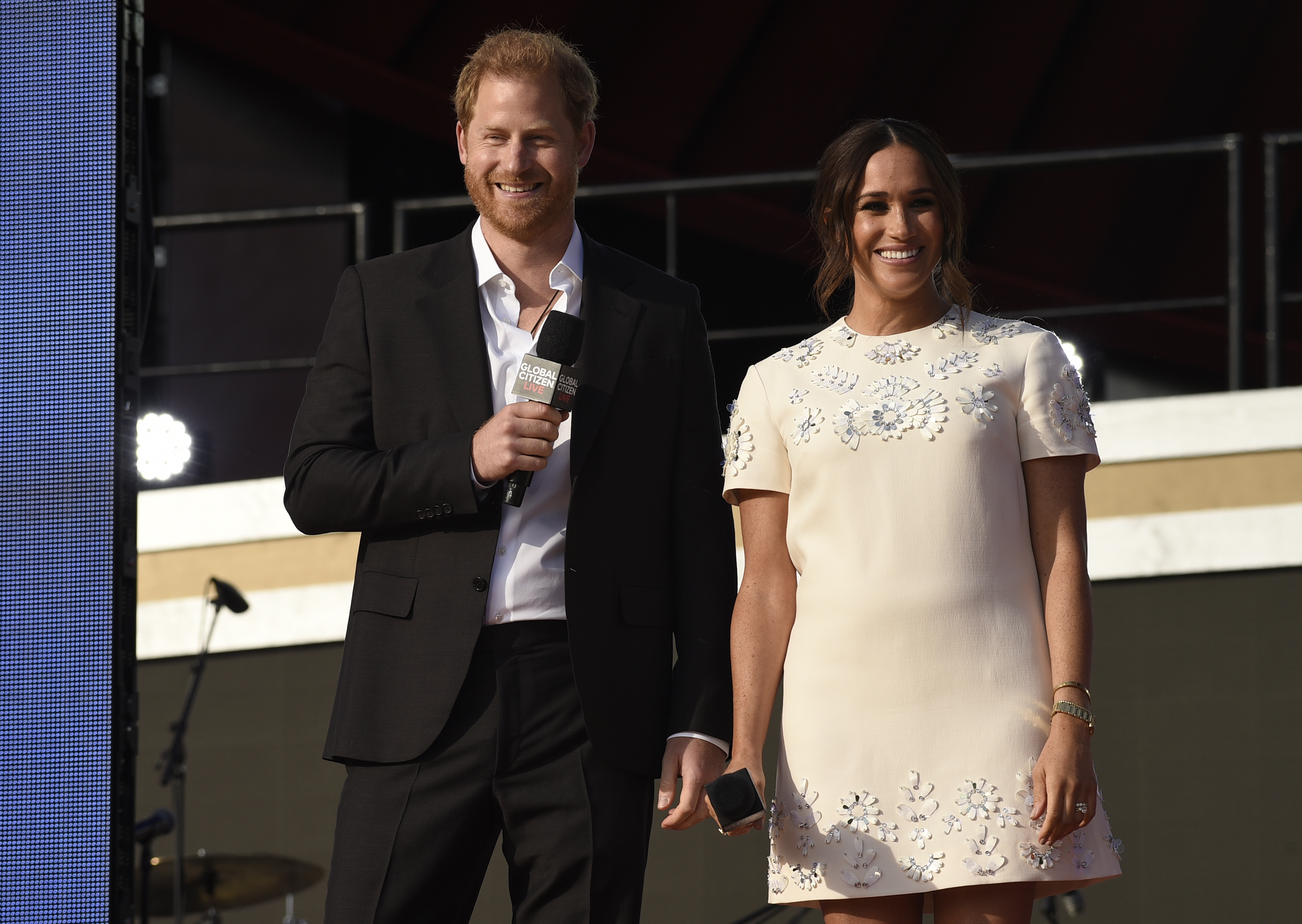