Home » World News » Medical helicopter ‘with 4 people including baby on board' crashes next to church in Delaware County, Pennsylvania

Medical helicopter ‘with 4 people including baby on board' crashes next to church in Delaware County, Pennsylvania

A MEDICAL helicopter with four people, including a baby, reportedly on board crashed next to a church in Pennsylvania.

The chopper crashed in front of the Drexel Hill United Methodist Church in Delaware County on Tuesday afternoon. 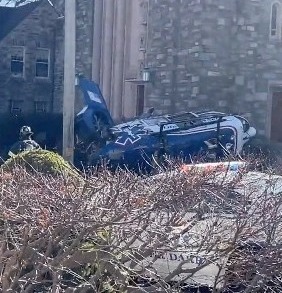 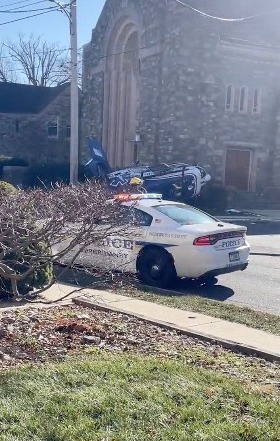 According to CBS, the medical chopper was heading to Children’s Hospital of Philadelphia from Maryland when it crashed near the church

Four people, including an infant, were on board the medical chopper when it went down.

All the victims on board, including the pilot, survived the crash.

The pilot reportedly suffered the most severe injuries.

There are several residential homes surrounding the area where the crash occurred.

Photos from the scene showed the medical chopper lying sideways on the side of the church.

The tail of the medevac could be seen torn off and folded underneath the cockpit.

The Drexel Hill United Methodist Church did not appear to have suffered any structural damage.

The number of injuries to pilots, passengers, or civilians on the ground is unknown.