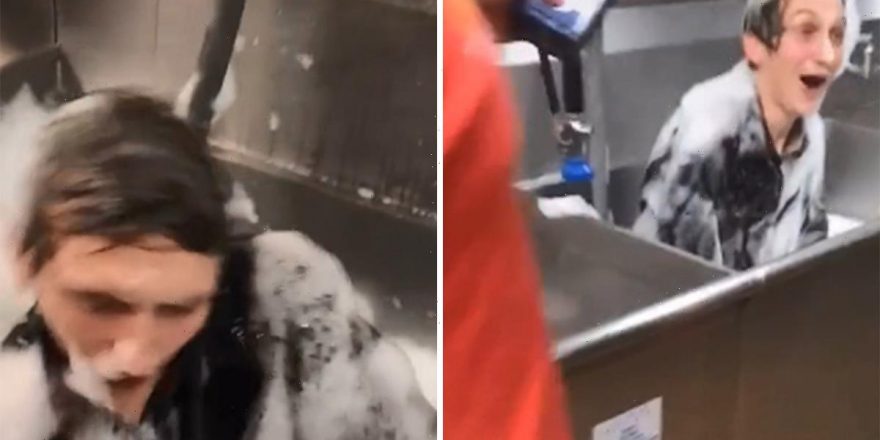 A HILARIOUSLY gross TikTok video shows a McDonald's worker taking a bath in the restaurant's kitchen while fully clothed.

TikTok user "nickiminnanje" shared a video in April of a McDonald's employee taking a bath in the fast-food chain's sink. 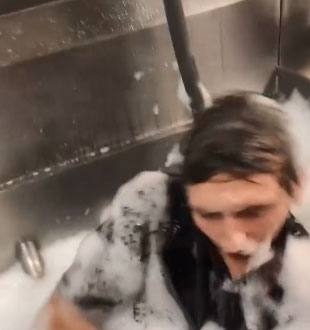 The short video shows the worker sitting in the suds of the large restaurant sink.

He even dunks his head underwater as onlookers film and laugh along.

The bather still has his McDonald's uniform on.

At one point, the person filming zooms in on the man's shoes, which he still wears while in the makeshift bath. 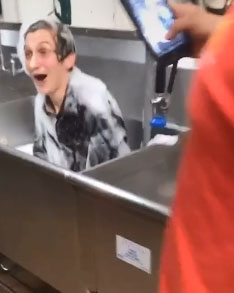 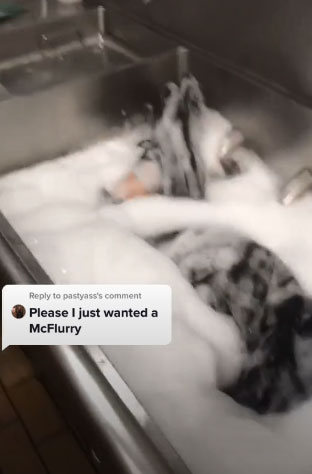 His shoe seems to be coming undone in the water and ripping apart, adding to the grossness of the scene.

None of the people in the video explain why the bath occurred in the first place.

However, the video reached over 3,000 likes with over 70 comments.

The poster actually responded to one of the funniest comments with continued video footage of the "bath."

One TikTok user commented, "Please I just wanted a McFlurry."