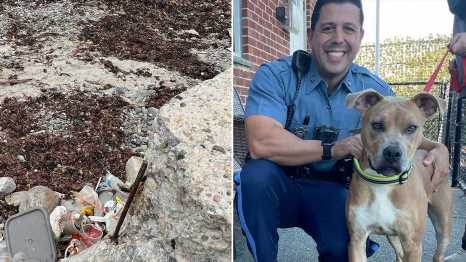 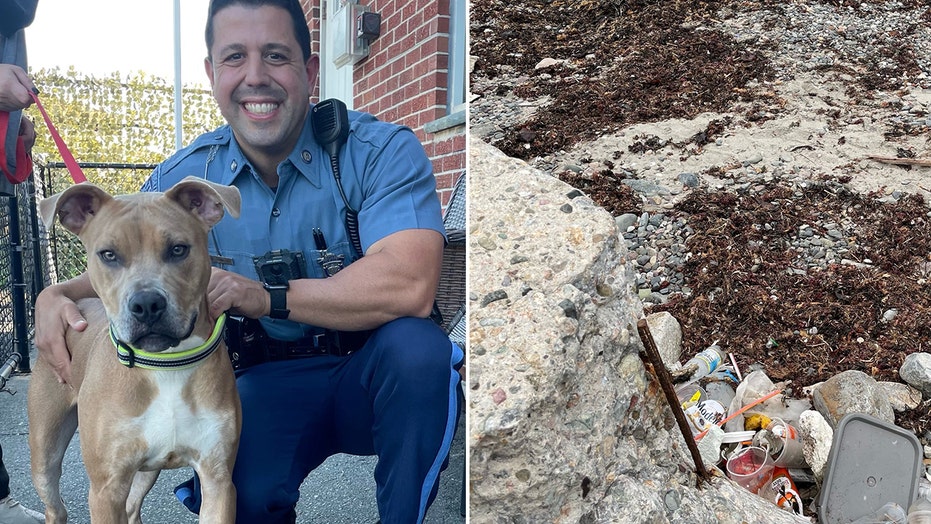 A Massachusetts man has been arrested after police rescued a dog that was chained to a metal rod on a shoreline and left to drown in the incoming tide last week, authorities said.

Elias Pacheco-Osario, 27, of Revere, was taken into custody on Friday following a days-long investigation, the Massachusetts State Police said.

The investigation began after Trooper Carlo Mastromattei responded around noon on Aug.29 to a report of an abandoned dog tied to a pole along the shoreline at Short Beach in Revere, police said. 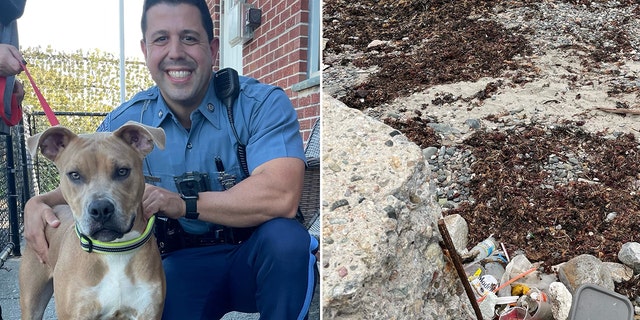 The dog, a 50-pound male pit bull mix named Killer, was found with a thick metal chain around his neck and a heavy rock attached to it to prevent the animal from escaping, according to police.

Mastromattei found the dog in an area of the shoreline that can become completely submerged under the rising tide. Police said that the dog could have drowned in a matter of hours if he hadn’t been found.

Mastromattei learned that the suspect was a Hispanic male who lived nearby. Surveillance video from homes around Short Beach showed the male suspect walking the dog toward the beach. The dog in the footage had the same metal chain collar and leash found on Killer.

Troopers contacted Pacheco-Osario and interviewed him at the police barracks. During the interview, Pacheco-Osario told troopers that he was the dog’s owner and had walked him to the beach, where he tied the animal to the steel rod and walked away.

Pacheco-Osario said “he had decided he could not keep the dog any longer,” according to police.

Pacheco-Osario was arrested on a charge of animal cruelty. He was released on $340 bail and was arraigned in Chelsea District Court on Tuesday.

Meanwhile, Killer was being cared for at Ocean View Kennels in Revere.