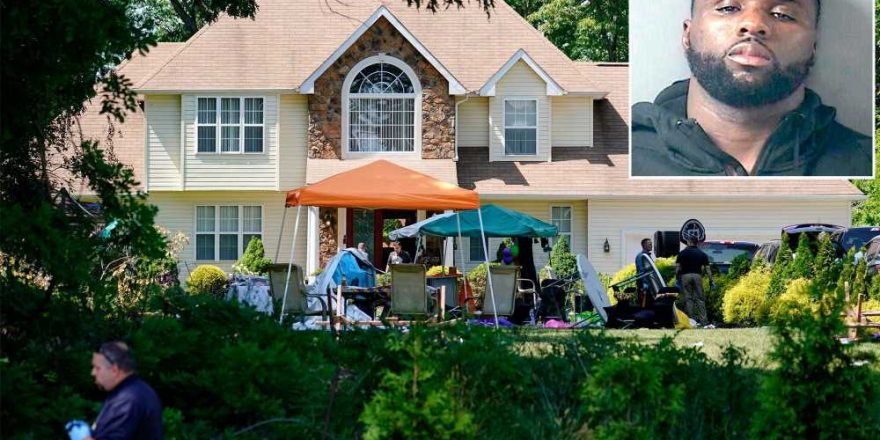 Kevin K. Dawkins, who lives on the same street as the party, was arrested on suspicion of unlawful possession of a weapon and other gun charges in connection to the deadly shooting at a sprawling home in Fairfield Township late Saturday, NJ.com reported.

“This was not a random act of violence,” state Attorney General Gurbir Grewal said during a press conference Monday morning. “This was a targeted attack.”

Kevin Elliott, 30, and Asia Hester, 25, both of Bridgeton, were killed in the gunfire.

The other victims range in age from 19 to 35 — and “several” remain in dire condition, prosecutors said.

Dawkins was taken into custody on Sunday and booked at Cumberland County Jail.

Prosecutors didn’t say whether Dawkins was a suspect in the homicides, and authorities said more people are being sought in connection to the carnage.

Multiple firearms and shell casings have been recovered from the scene, prosecutors said.

“We’re working with our federal partners to determine where these guns originated from, and whether they can be linked to other recent acts of violence in the area,” Grewal said.

Gunfire erupted around 11:50 p.m at the ’90s-themed bash, sending hundreds of guests frantically running to safety, police and witnesses said.

“I was sitting on a chair talking to my daughter and a friend. We were laughing. Next thing I knew, I hear shots fired, like 20 shots,” attendee Sunshine Carter, 44, told The Post on Sunday.

No motive has been released in the shooting, but some attendees said Sunday that it might have been a turf war between groups of local young men.

Grieving love ones paid tribute over the weekend to Elliott, who leaves behind a a child.

“Everybody knows how much I love my family no matter what the streets say!!! He was also a man with a kid!!! Everybody talking about pray for my city this s–t will never stop until it’s nothing but women here raising the kids that was left behind!!!” wrote a relative, Etta Elliott, on Facebook.

“My brother, my twin , like I can tell him about anything and he going to understand me… idk what to do,” he wrote on Facebook.