Madrid will cull its rampant 12,000-strong parakeet population which is threatening native species

Madrid is to cull its rampant 12,000-strong parakeet population which is threatening native species and irritating locals with its incessant squawking.

Argentine quaker parrots, native to South America, have boomed in the Spanish capital, competing with other birds and ripping branches from trees.

They construct vast nests weighing anything from 110 to 400lbs, this poses a clear danger to citizens living below.

The breed were popular as pets in the 1980s but have since proliferated to a degree where Madrid authorities say their numbers need bringing down. 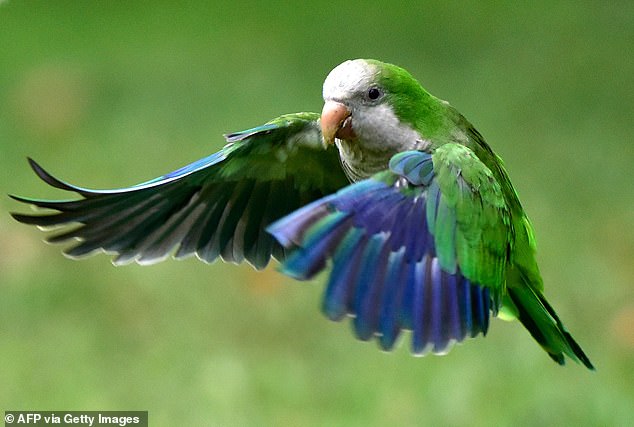 In a statement, city hall said it has drawn up a plan ‘to reduce and control the population’ without giving a figure. One element of the plan would involve sterilising eggs in the nest to encourage females to incubate but not hatch them.

The distinctive green-plumed, grey-breasted creatures – also known as monk parakeets – ‘have become a concern for a number of citizens’ and ‘we have received a number of complaints,’ said Borja Carabante, municipal officer for environmental affairs in the capital. 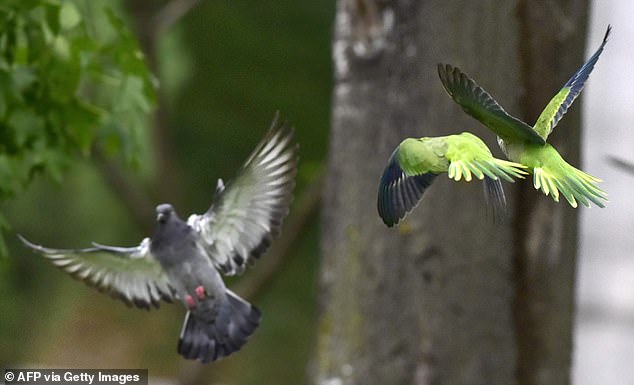 They are responsible for irritating chirping and can transmit diseases, as well as driving out other birds.

The parakeets’ numbers have soared by a third since 2016, according to Spanish ornithological society SEO/Birdlife.

Under Spanish law, the birds are classified as an exotic invasive species.