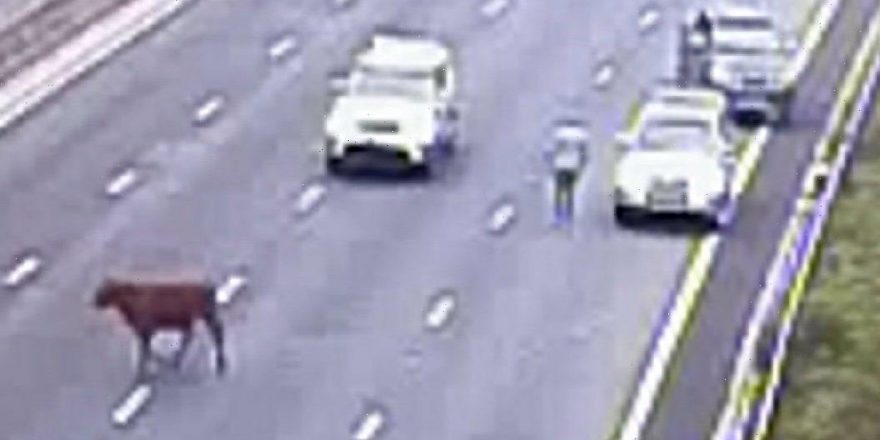 A COW brought traffic to a standstill yesterday after it broke through a fence and wandered onto the M25 during rush hour.

The rogue animal stood in the middle of an anticlockwise carriageway, holding up cars in both directions for 90 minutes. 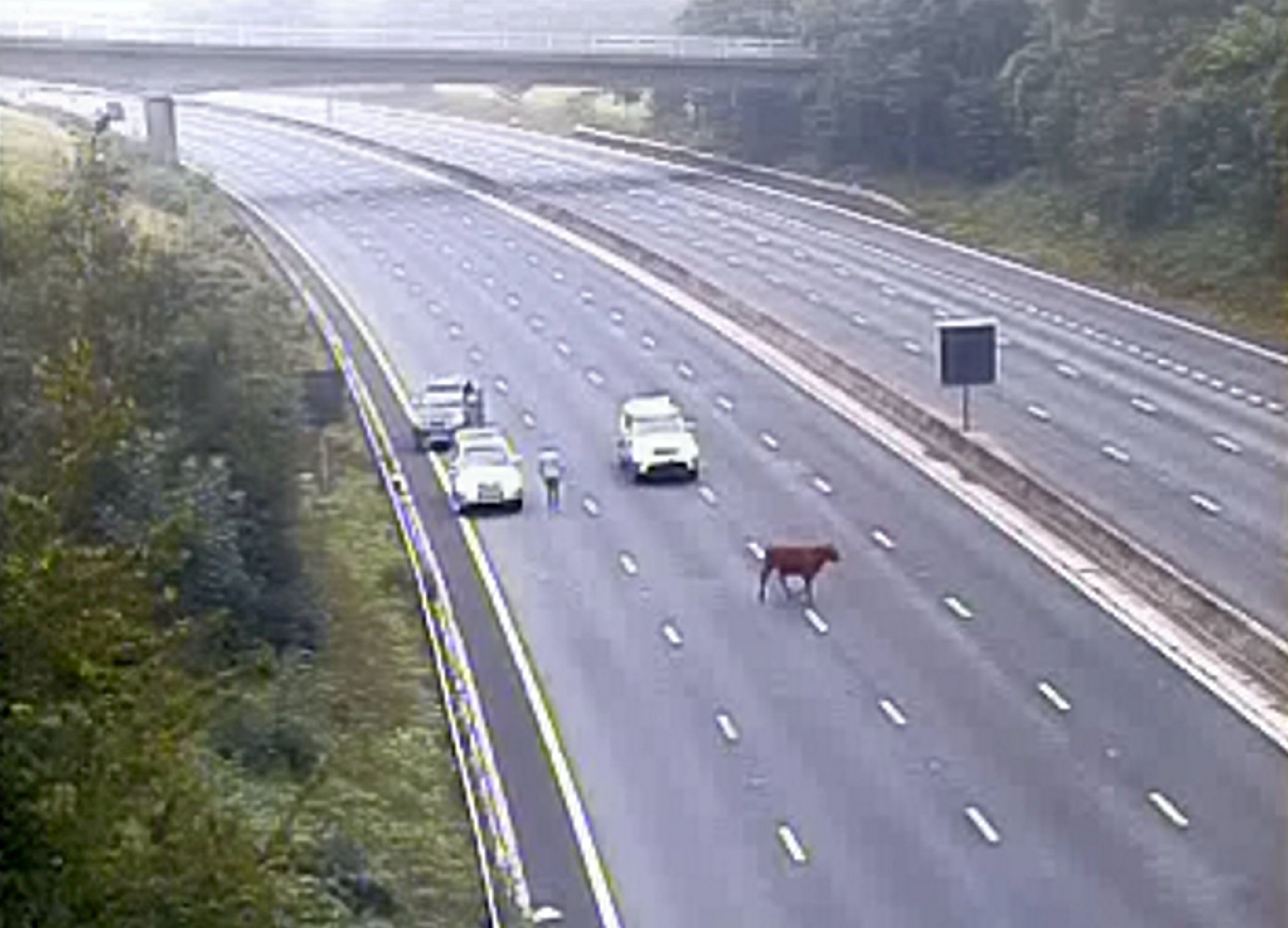 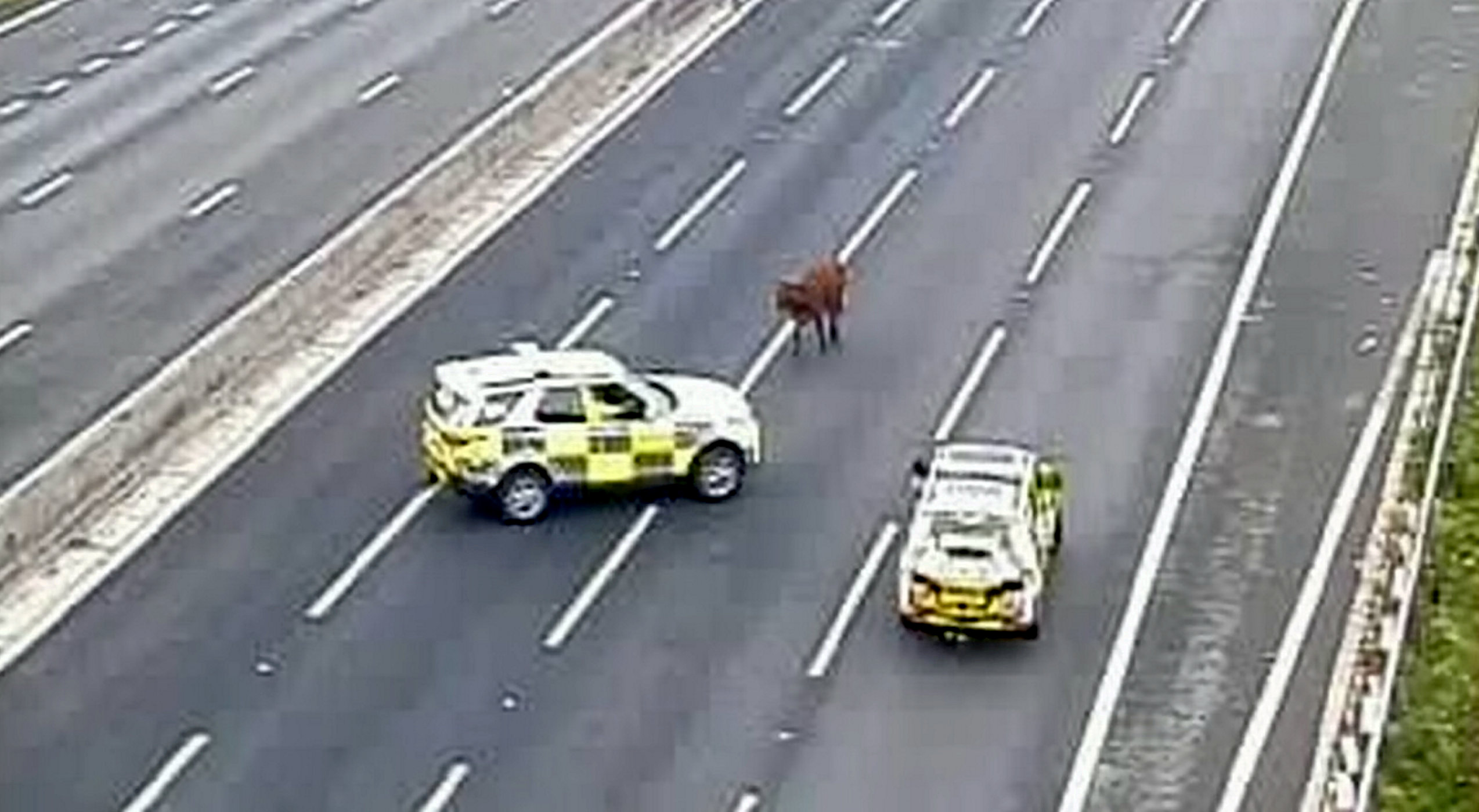 The cow's farmer was joined by officers from Highways England who tried to get it back into his field near Godstone, Surrey.

Cars ground to a halt from around 12 miles near Merstham, Surrey, to Clacket Lane services near Westerham.

Motorway cameras showed all traffic was stationary just after 9am – with the cow roaming across the barren road.

Surrey Police said the cow made a bid for freedom just after 8.30am, but officers didn't attend the scene.

A spokeswoman for the force said: "We were called at 8.35am by a member of the public to alert us to the fact that a cow had broken through the fence at Godstone on the M25, anti-clockwise between junctions 7 and 5.

"Highways England are dealing with the incident and are in touch with the farmer."

Once the cow was removed, there were further delays of another half-an-hour due to the backlog of traffic.

Highways England confirmed the runaway cow was ushered back into the safety of the field just after 9.20am.

A spokeswoman said: "A cow left an adjacent field and made its way on to the M25 anti-clockwise, between junction 6 and 5 near Godstone in Surrey at 8.36am this morning.

"Traffic officers and the farmer worked together and the cow is back in the field. Traffic has been released in both directions.

"There are residual delays of 30 minutes above normal journey time reported. The carriageways were re-opened at 9.23am."

Meanwhile one disgruntled driver wrote online: "Stuck in traffic #J6 #M25. I think there's a large animal on the motorway."

Another tweeted a picture of the cow, writing: "This is what happens when you travel on the M25. Oh dear." 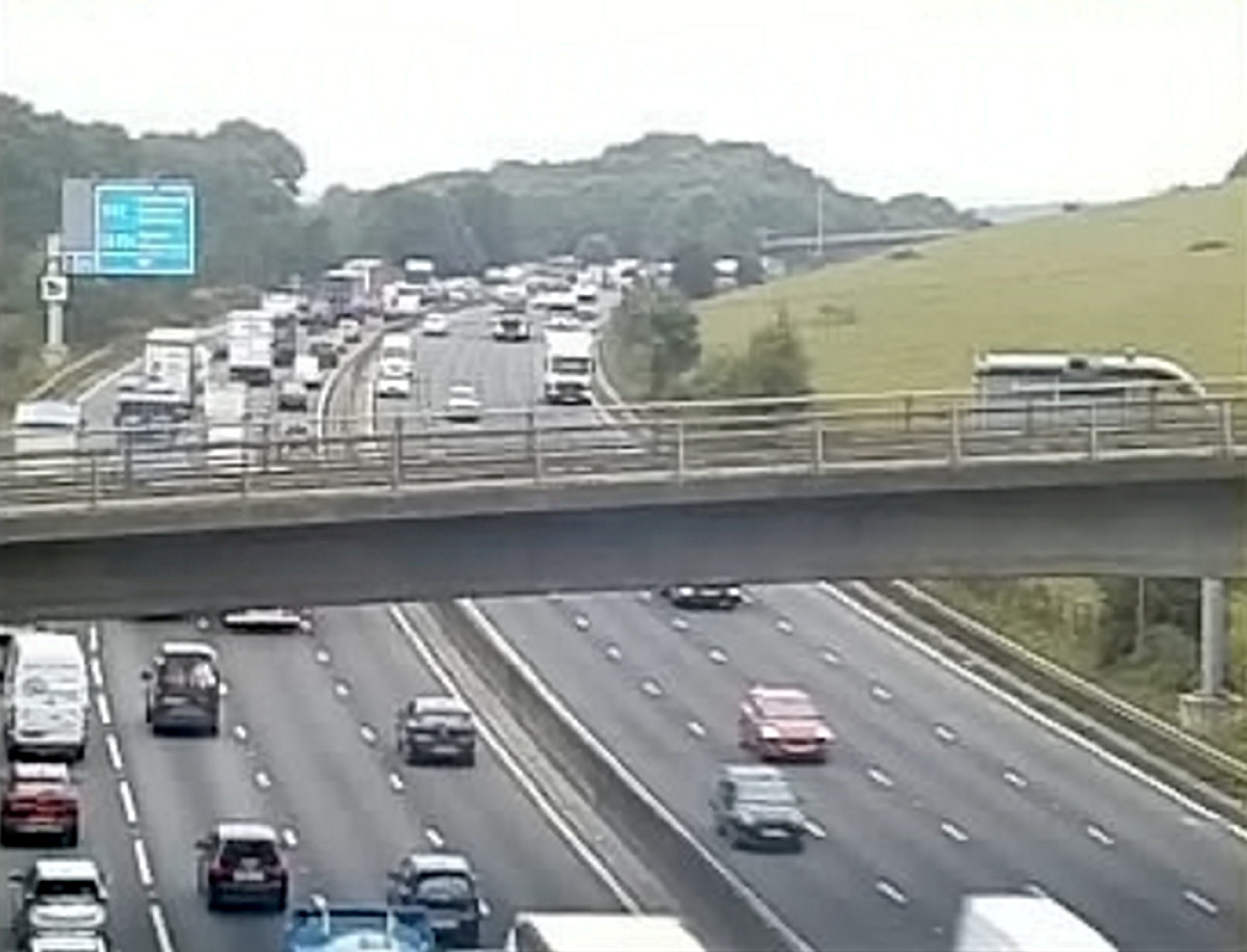 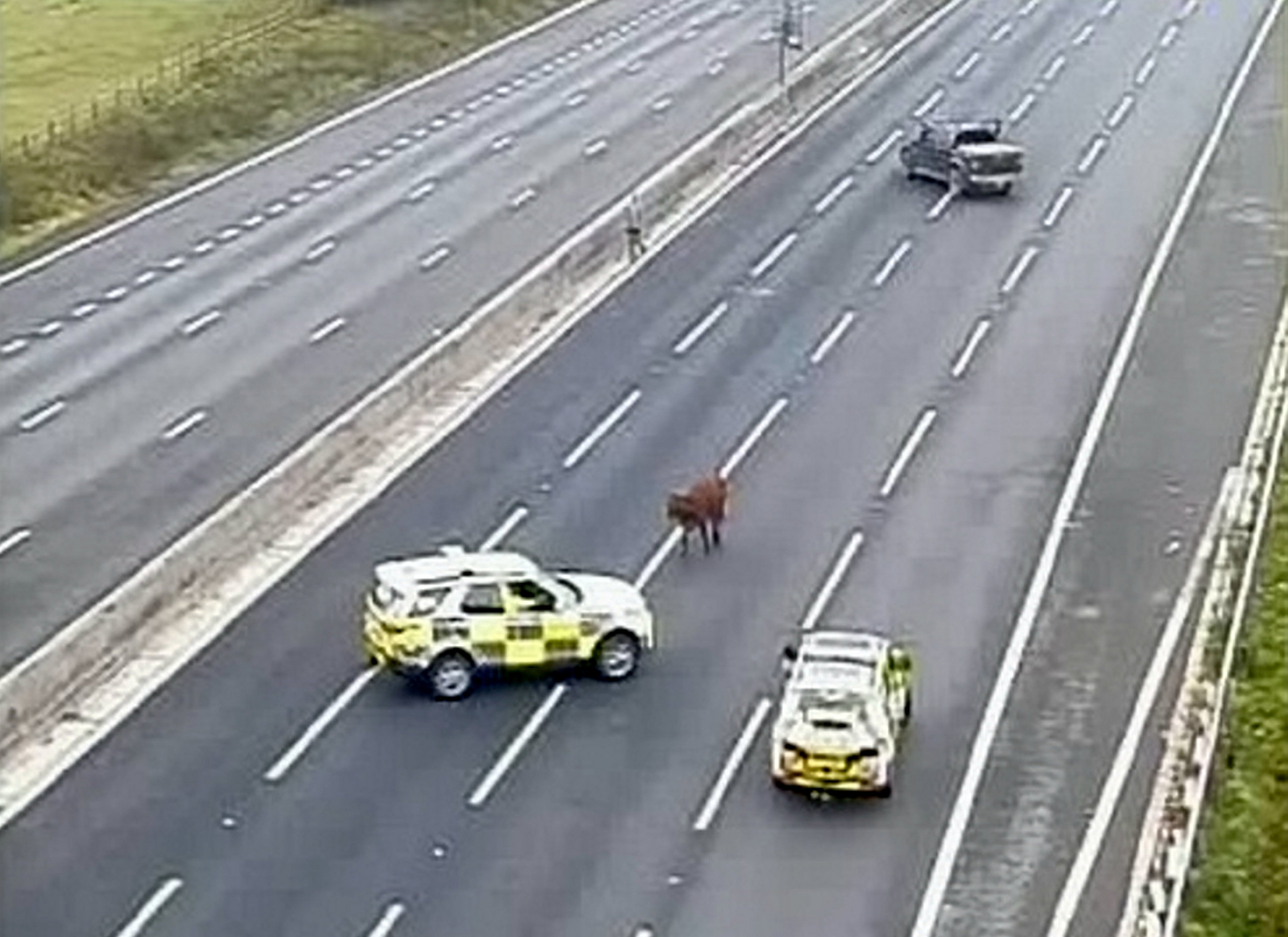