Home » World News » Louise Woodward: Doctor says he would NOT give the same testimony now 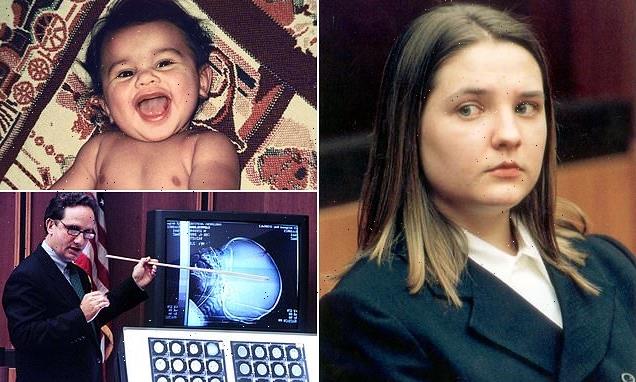 Louise Woodward: Doctor says he would NOT give the same testimony now

Evidence that convicted ‘killer’ British nanny Louise Woodward over death of ‘shaken’ baby was ‘voodoo’: Doctor says he would NOT give the same testimony now and admits, ‘I shouldn’t have done that’

It was a murder case that stunned the world in 1997, when a British teenage nanny was jailed over the death of an American infant in her care.

Louise Woodward, then 19, from Wirral, was found guilty by a jury of killing eight-month-old Matthew Eappen while working as an au pair for his family in Newton, Massachusetts.

Just 10 weeks after she started the job, the baby died of brain injuries, with prosecutors alleging he had shown classic symptoms of shaken baby syndrome.

But the defence team instead argued that his death was caused by an injury he sustained weeks before, and Woodward has always maintained her innocence.

Woodward, who is now mother to her own young daughter and goes by Mrs Elkes after taking her husband’s name, was initially found guilty of second-degree murder and given a life sentence.

But after an appeal, her conviction was reduced just 10 days later to involuntary manslaughter and she was released after serving 279 days in jail.

Now, the polarising case is set to be re-examined in a new three-part documentary The Killer Nanny: Did She Do It?, with a medic admitting he wouldn’t give the same evidence against Woodward now. 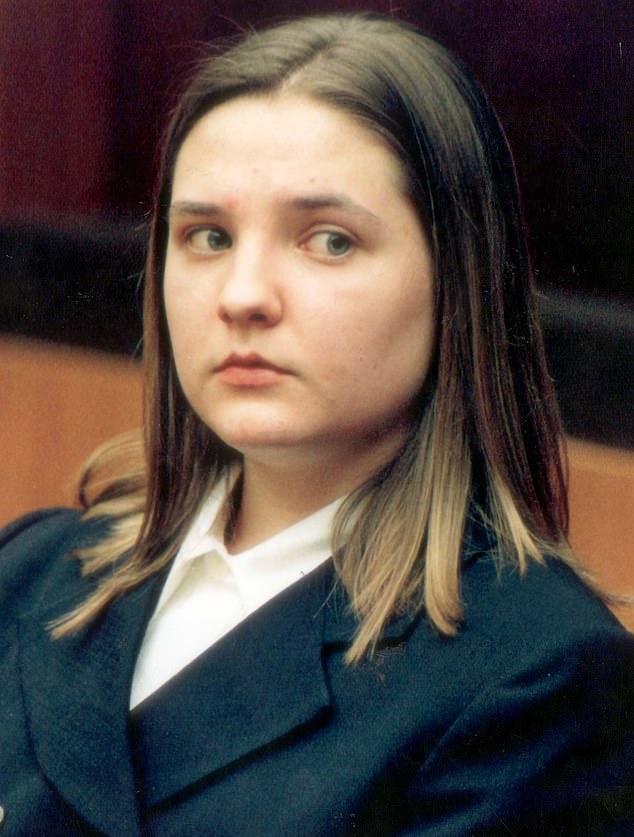 Louise Woodward, then 19, from Wirral, was found guilty in 1997 by a jury of killing eight-month-old Matthew Eappen while working as an au pair for his family in Massachusetts

At her trial, expert prosecution witnesses claimed that Matthew’s injuries, including a cracked skull, showed the ‘triad’ of symptoms consistent with him being violently shaken.

Dr Patrick Barnes testified that it was the ‘classic model’ of shaken baby syndrome (SBS) and dismissed the defence’s arguments, but the medic has now changed his mind, The Sun reported.

In the documentary, which begins on Sunday, he has claimed that the science behind the diagnosis of SBS is flawed and said he couldn’t now give evidence to convict Woodward.

He said: ‘I was very strong, that it had to be shaken baby syndrome. I can’t (now) give testimony that would convict Louise Woodward beyond a reasonable doubt.

‘I shouldn’t have done that.’

But prosecution lawyer Gerry Leone told the Sun there was ‘no question’ in his mind that Woodward was responsible for ‘killing Matthew’. 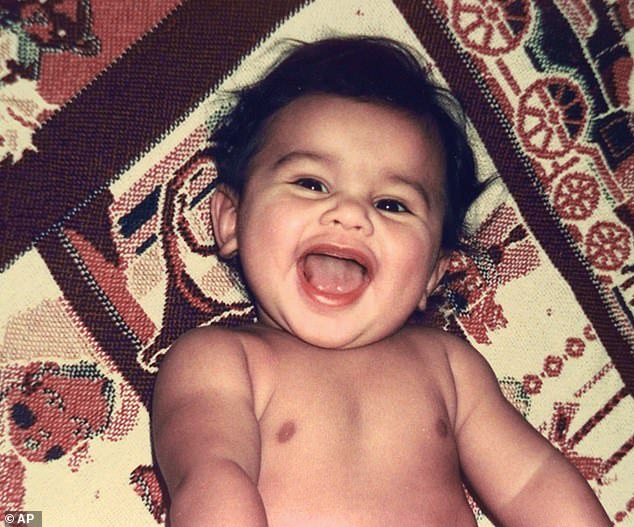 Woodward was initially found guilty of second-degree murder and given a life sentence, but after an appeal, her conviction was reduced to involuntary manslaughter. Pictured: Matthew 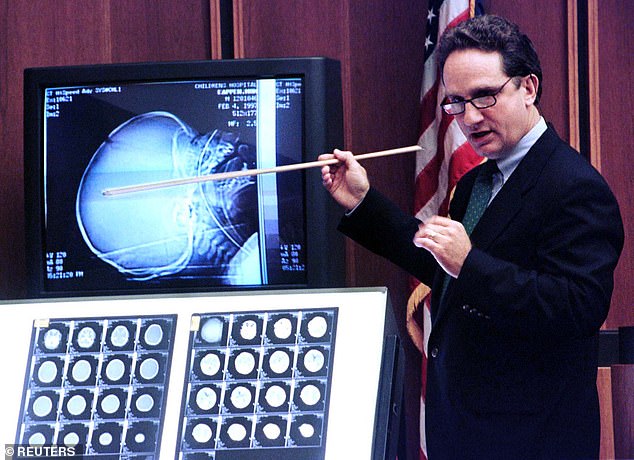 Now, the case is set to be re-examined in a new three-part documentary The Killer Nanny: Did She Do It?, with Dr Patrick Barnes (pictured) reassessing the evidence he gave during the trial

He added: ‘The defence took dissociated and sometimes random pieces of facts to create a story which would steer the evidence away from Louise Woodward.

‘But in the end, 12 people who never met each other found that she was responsible, beyond reasonable doubt.’

Meanwhile, British human rights lawyer Clive Stafford Smith claimed that there is ‘no science’ surrounding SBS and said it is ‘latter-day voodoo’.

The lawyer, who has been representing parents and careers accused of SBS since 1995, told the publication: ‘It’s based on a 1972 hypothesis by British neurologist Norman Guthkelch, and it was just a hypothesis, with no factual basis on which to prove it.

WHAT IS SHAKEN BABY SYNDROME?

Shaken baby syndrome is a severe brain injury that results from forcefully shaking an infant or toddler.

Due to babies’ neck muscles being weak and unable to support their heads, shaking a baby can allegedly cause serious brain injuries.

Symptoms of shaken baby syndrome can include:

The term was first coined in the 1970s by British paediatric neurosurgeon Dr Norman Guthkelch, who said babies were showing a pattern of injuries after being violently shaken.

These injuries – swelling of the brain, bleeding on the brain’s surface, and bleeding behind the retinas – became known as the ‘triad’.

However, in the last two decades, new research has discovered that accidents, diseases, and genetic conditions can cause the same injuries.

‘Before he died two years ago, he said how horrified he was that his theory had been accepted as fact and sent so many people to prison.’

Woodward was 18-years-old when she travelled 3,100 miles to work as an au pair for an agency in Boston after finishing her A-levels in 1996 and wanting to take a gap year.

She was soon hired by Sunil and Deborah Eappen, both 30-year-old doctors, to take care of their young son Matthew.

However within two months, the concerned parents reportedly cautioned Woodward against her late nights staying out and drew up a list of expectations in January 1997 to ensure ‘the safety and well-being of our kids’, according to the Irish Times.

But on February 4, Woodward called an ambulance to the Eappens’ home after Matthew stopped breathing and he was put on a life-support machine at Boston Children’s Hospital. He died of a brain haemorrhage on February 10.

Woodward was arrested five days earlier, with police saying she admitted to having shaken Matthew and thrown him on a pile of towels – but she pleaded not guilty to battery of a child.

On March 5, a grand jury decided Woodward must face a murder charge, and in October that year, a jury finds her guilty of second-degree murder, with the British teenager collapsing into tears when the verdict is given.

She was jailed for 15 years, but released after just 279 days when she won an appeal to reduce her conviction to involuntary manslaughter.

During her trial Woodward’s expressionless demeanour led to vitriolic criticism about her supposed coldness and lack of emotion.

And feelings about the case still run high in America; a decade after her case Woodward was dubbed ‘the most notorious criminal in Massachusetts’ by an American magazine – beating a drug dealer who had topped the FBI’s most wanted list.

Woodward has always maintained her innocence, and her claims have been backed by various medical experts in recent years.

However, her case saw Woodward in an all-or-nothing trial, where no charge lesser than second degree murder would be considered, according to the documentary makers. 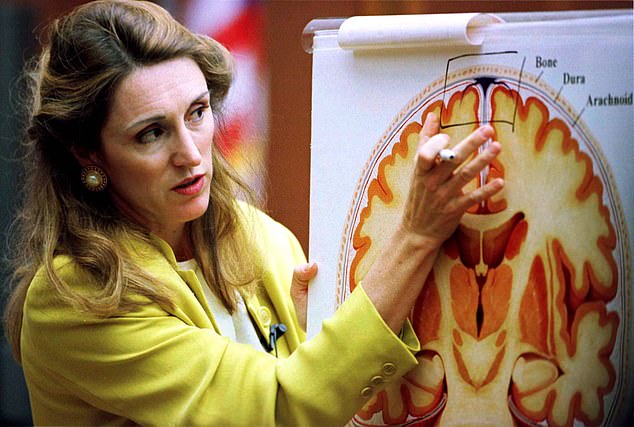 After a guilty verdict, justice protest rallies followed in both the UK and US, on separate sides of the argument.

In recent years, Woodward has embraced family life after marrying her businessman husband Anthony Elkes in 2013 and now works as a dance teacher.

Before her child was born Woodward told The Daily Mail: ‘I know there are some people waiting for me to have a baby so they can say nasty things.

After news of Woodward’s pregnancy emerged, Matthew’s aunt Mary Wong said the law graduate had a ‘right to have a child’, but suggested she take parenting classes and learn to control her temper.

She said: ‘For the sake of her family I hope her parenting skills have come a long way. I think that she needs to have parenting skills and support for her baby. I hope no harm comes to the child.’ 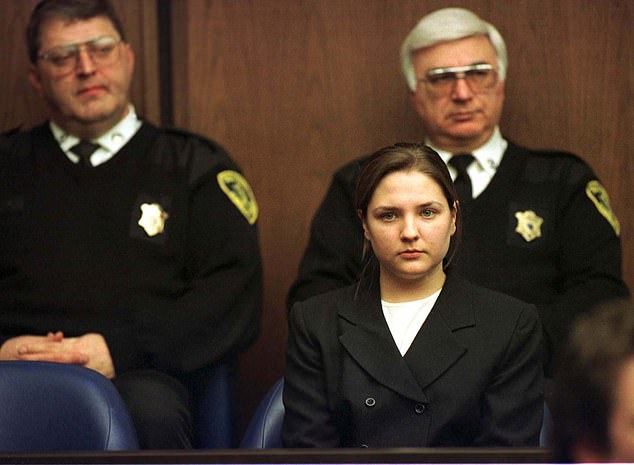 Dr Patrick Barnes testified it was the ‘classic model’ of shaken baby syndrome, but the medic has now changed his mind. Pictured: Woodward at trial 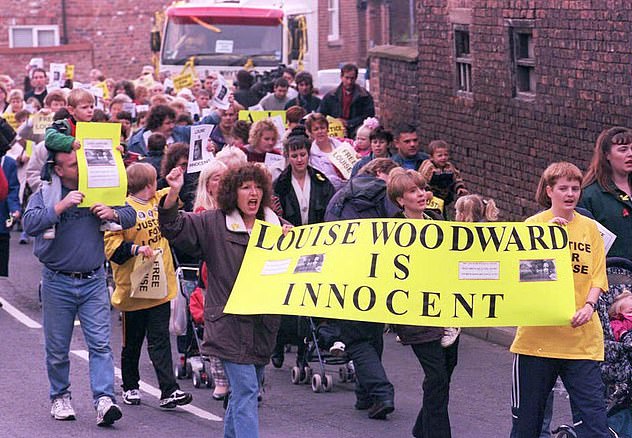 The trial prompted justice protest rallies in both the UK and US, on separate sides of the argument. Pictured, supporters of Woodward marching through the village of Elton, Cheshire

With unprecedented access to both defence and prosecution lawyers, detectives, paramedics and journalists, Louise Woodward: Villain or Victim? will detail and re-examine the case, the trial and its conclusion which saw the judge throwing out the jury’s decision, reducing Woodward’s murder conviction to involuntary manslaughter and releasing her from prison.

Fatima Salaria, Managing Director of Naked, said: ‘The media circus around this story means it has remained in the public consciousness for over 20 years.

‘With the opportunity to look back with fresh eyes alongside exclusive access to both sides of the story, this documentary offers a new perspective on the case.’

Daniel Fromm, Commissioning Editor for Factual Entertainment at Channel 4, said: ‘With privileged access to some of those close to the case, this three-part documentary boxset offers fascinating insights into a trial that gripped the public’s attention on both sides of the Atlantic.’