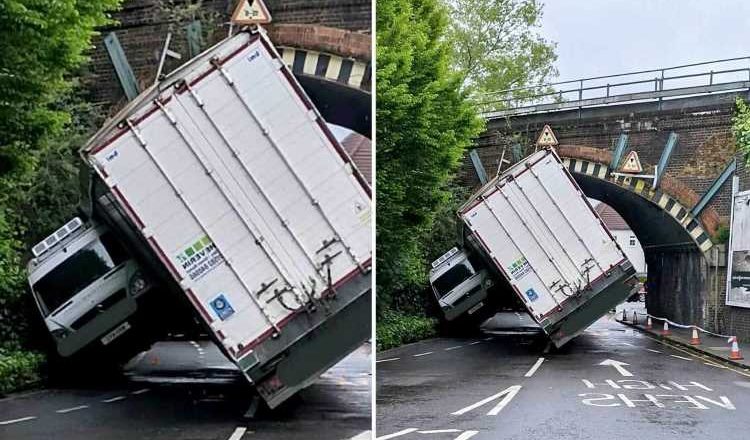 Lorry stuck at tipping point after getting wedged under narrow bridge

THE driver of this lorry has some explaining to do after getting wedged under a narrow bridge.

The HGV toppled on to a van after failing to get through the gap. 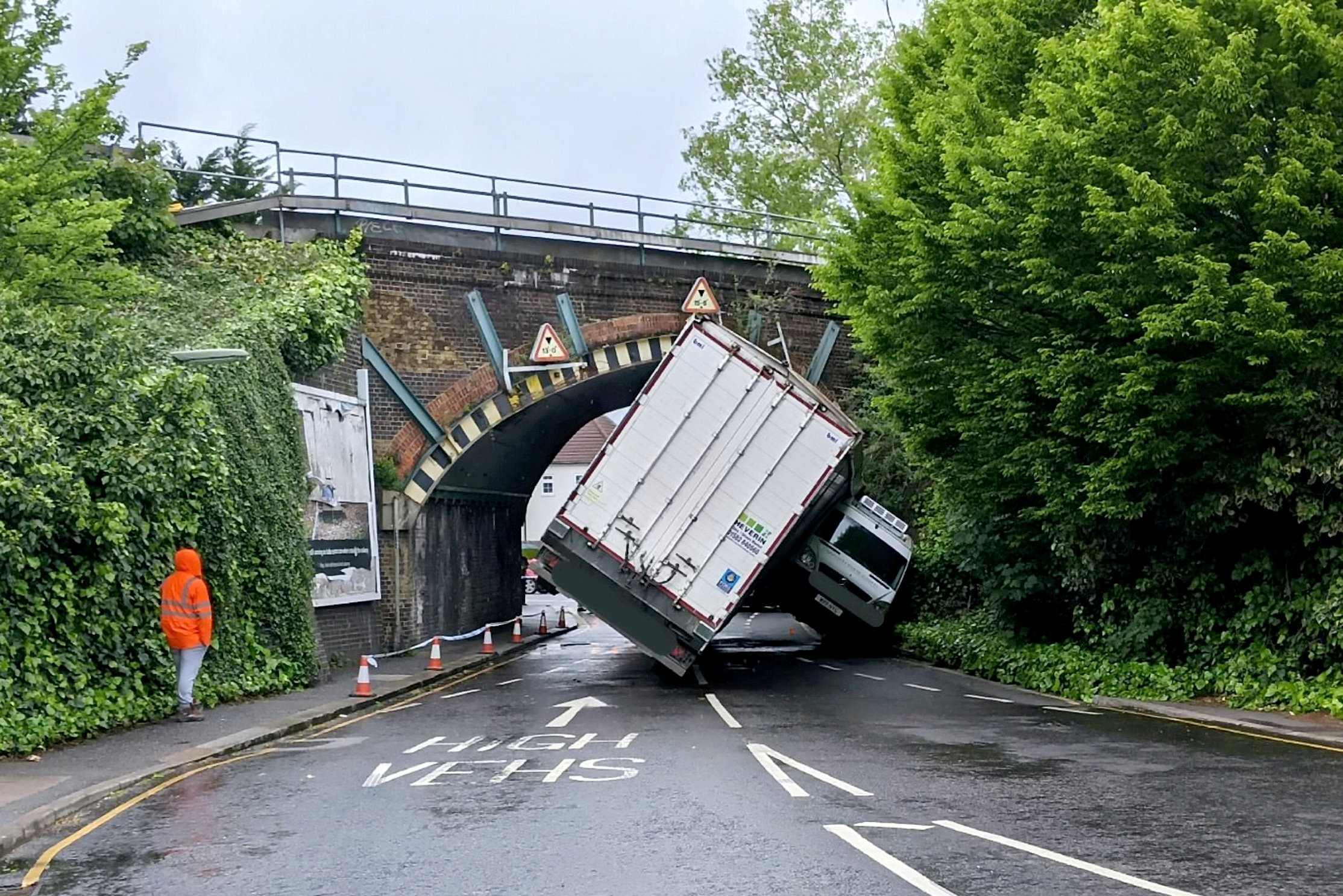 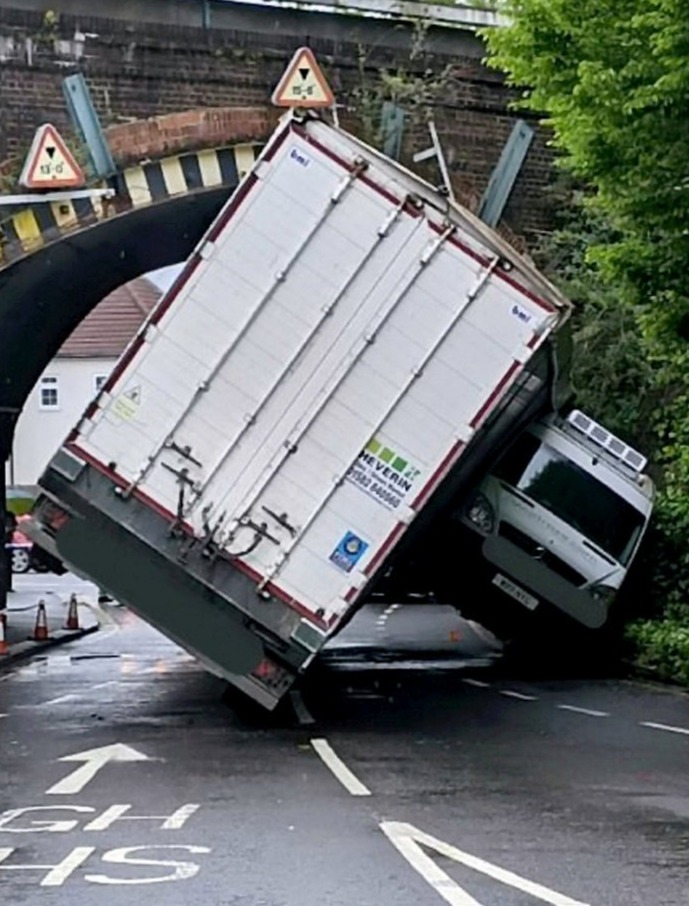 Miraculously, both drivers were unharmed after the collision in Epsom high street in Surrey.

However the accident, which took place on a busy road, caused travel misery for commuters.

It comes the same week as a train was massively damaged after hitting a herd of cows. 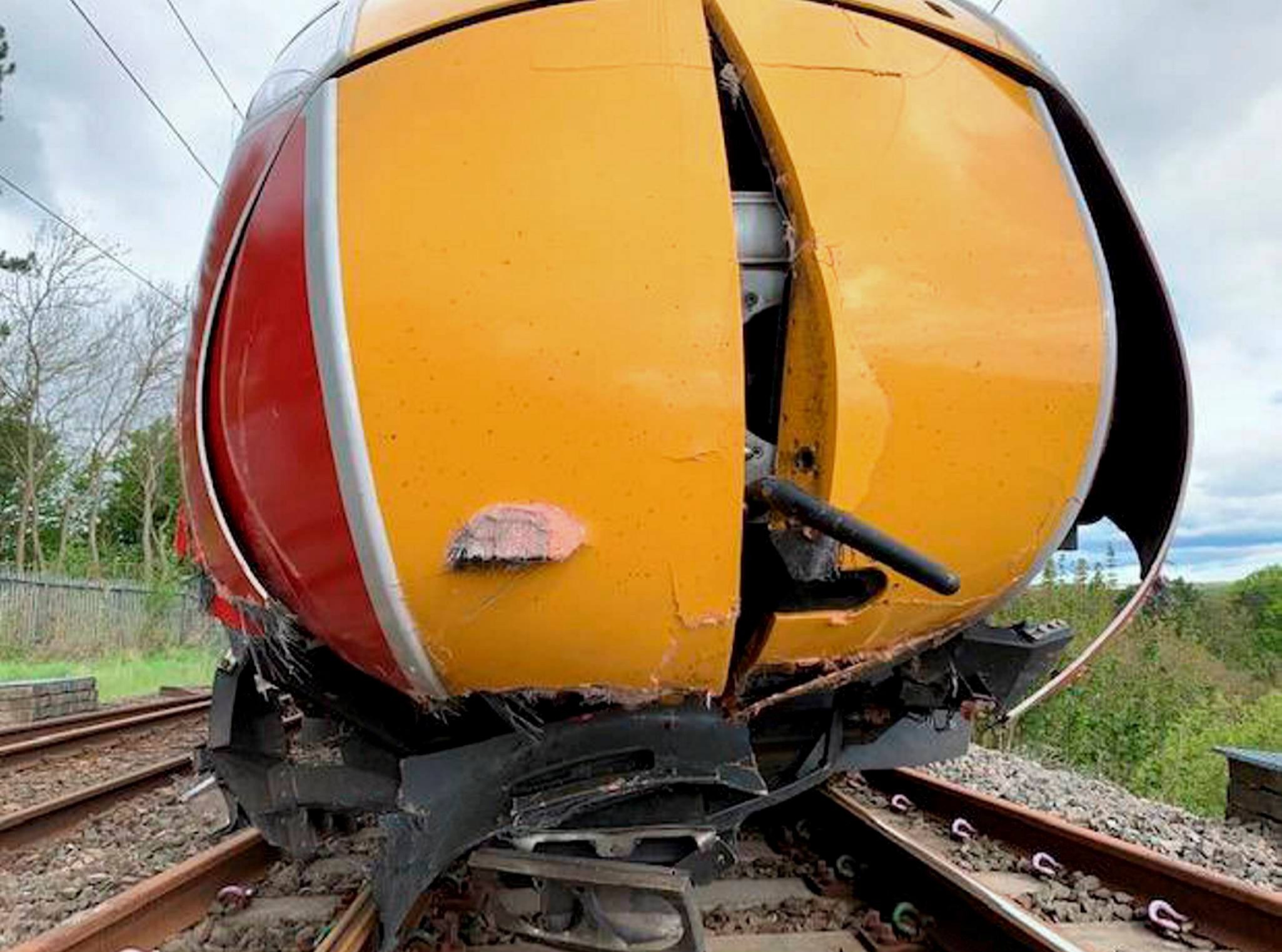 The high-speed smash meant several rail services had to be cancelled yesterday.

The London North Eastern Railway service was travelling between Durham and Darlington en route to London when the incident happened.

LNER trains can reach speeds of up to 125 mph.