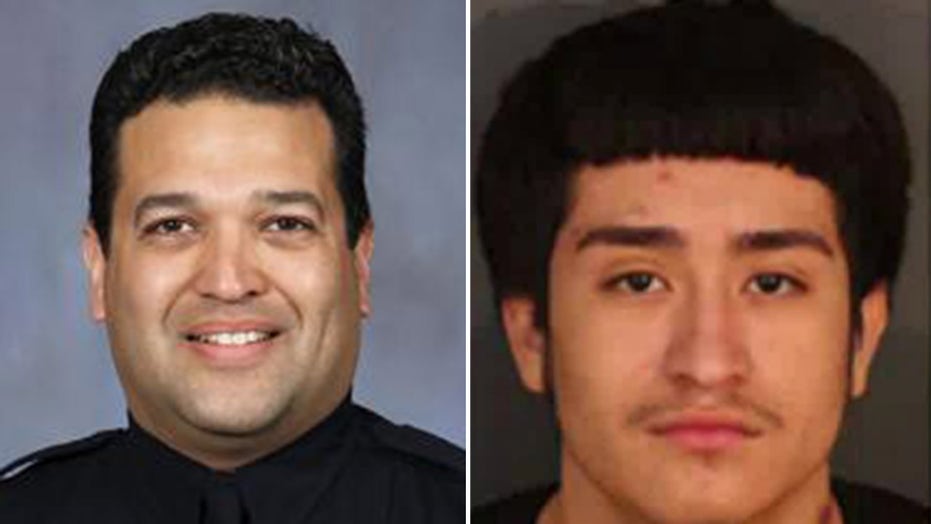 A teenager accused of shooting a police officer two weeks ago in a Nebraska city will face a first-degree murder charge now that the officer has died, authorities said Tuesday.

The teenager has already been charged with second-degree assault of a peace officer.

Herrera, a plainclothes officer, was shot as he sought to serve an arrest warrant on Vazquez in the March stabbing death of 36-year-old Edward Varejcka. Authorities said they have tied at least three people to Varejcka's death. 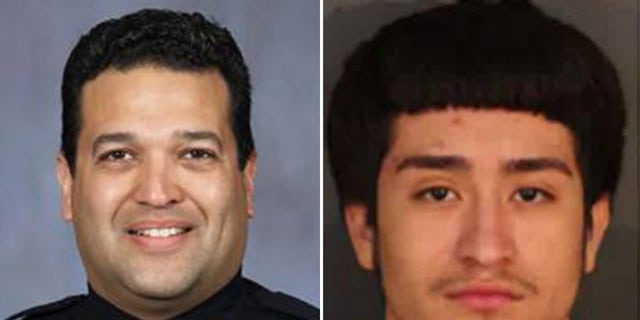 Felipe Vazquez, right, is expected to face a murder charge in the shooting death of police investigator Luis "Mario" Herrera.

News of Herrera's shooting and death drew an outpouring of support from the community. On Monday, Omaha police helped transport his body back to Lincoln from the hospital where he had been treated. The procession drew large crowds who honored Hererra by standing along roadsides and atop highway overpasses in Omaha and Lincoln.

"Lincoln is a city of compassion and kindness, and in the coming days, weeks and months, we will do our best to heal from this grief together," Lincoln Mayor Leirion Gaylor Baird said at Tuesday's police news conference.

Jackson described Herrera, a 23-year police veteran, as one of the city's "most dedicated and selfless police officers" who played an important role in solving burglaries, robberies, assaults and homicides. He said Herrera was also active in his church, coached youth sports and mentored younger police officers. He leaves behind behind a wife and four children.

"Devastated does not begin to describe the gaping hole left in our hearts, our police department and our community," Jackson said.

Herrera is the first Lincoln police officer killed in the line of duty since 1968, and the seventh in the city's history.