Two lawyers on an independent federal tribunal are facing questions over their impartiality for their involvement in a high-profile Liberal Party-backed legal challenge to the Andrews government's night-time curfew.

Victorian Liberals Leader Michael O'Brien said his party played "match maker" between the lawyers and Ms Loielo, who is the plaintiff in the case challenging the validity of Melbourne's 9pm to 5am curfew. 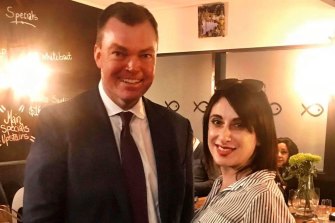 Administrative law expert Greg Barns SC and shadow federal Attorney-General Mark Dreyfus have raised concerns about Ms Plain and Dr Harkess' involvement in the case, but Attorney-General Christian Porter defended the duo, which he appointed to the tribunal in December 2018.

The tribunal’s guidelines state that members “should avoid any activities, interests or associations which may undermine public confidence in the impartial performance of their Tribunal responsibilities” and that “members should conduct their private interests so as to avoid situations which would bring the AAT into disrepute”.

A spokesperson for the Administrative Appeals Tribunal told The Age it was not investigating the issue.

"The AAT is not aware of any breaches of the Guide by either Member Harkess or Member Plain, including any that would undermine their ability to be impartial when hearing migration and refugee matters, or that would bring the AAT into disrepute," a spokesman said. 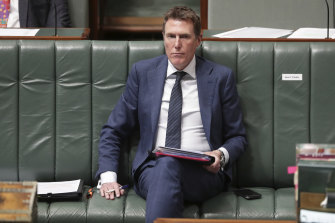 Federal Attorney-General Christian Porter defended the duo whom he appointed to the AAT in 2018.Credit:Alex Ellinghausen

Ms Loielo, a restaurant owner, is arguing the state government's restriction on movement between 9pm to 5am – imposed on August 2 as part of stage four coronavirus restrictions – is unreasonable, disproportionate and violates the human rights of millions of Victorians.

Ms Loielo and the instructing solicitor on the curfew case, Omar El-Hissi, held a press conference alongside Mr O’Brien last week, where the Opposition Leader said his party had acted as “matchmaker” between Ms Loielo and the legal team leading the case: Marcus Clarke QC, Ms Plain, Dr Harkess and Mr El-Hissi.

Mr O’Brien repeated that statement on Wednesday and said he was “very supportive of the fact that the Liberal Party is supporting this litigation” against the curfew.

“As I’ve said previously, Michelle [Loielo] is a member of the party, we’ve made no bones about that," he told reporters.

"We’d also been speaking to a number of lawyers who are very concerned that in fact the law had been broken, and the Premier and the government had acted illegally in bringing about the curfew."

Mr O'Brien said there were "too many Labor law firms" in Victoria that would not have taken on the curfew case.

"Well, thank goodness there are still some lawyers in the state who are prepared to to put their money where their mouth is, act on a pro bono basis and act for Victorians who've been done over," the Liberals leader said on Wednesday. 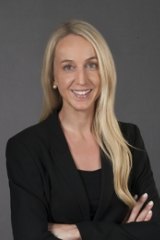 Vanessa Plain, a part-time member of the AAT who provided legal advice to the Victorian Liberal Party earlier this month.

Ms Plain and Dr Harkess receive up to $900 per day when they work for the Administrative Appeals Tribunal, which provides independent reviews of administrative decisions by the federal government such as citizenship and immigration matters. They both work exclusively on migration decisions.

Ms Plain has also provided legal advice to the Victorian Liberal Party that was referred to by shadow Attorney-General Edward O’Donohue in Parliament earlier this month.

Mr Clarke, Ms Plain and Dr Harkess told The Age they were unable to comment, citing Victorian Bar rules protecting lawyer-client confidentiality and preventing public statements about legal proceedings they are involved with. Mr El-Hissi did not respond to requests for comment. 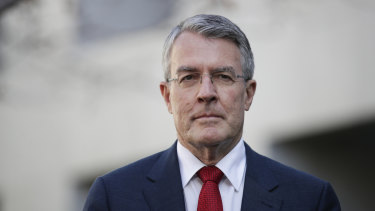 Federal shadow Attorney-General Mark Dreyfus, whose party has accused the government of making politically motivated appointments made to the tribunal, said he was particularly concerned that Ms Plain and Dr Harkess were "only recently appointed by the federal Liberal government to the lucrative jobs on the Administrative Appeals Tribunal".

"Christian Porter needs to explain how the conduct of these lawyers is consistent with the AAT Members Conduct Guide," said Mr Dreyfus.

In a statement, Attorney-General Christian Porter said questions about the AAT guidelines were a matter for the tribunal itself and defended Ms Plain and Dr Harkess.

"As a lawyer, Mr Dreyfus should also understand that representing a client does not in itself suggest endorsement of that client or their particular views or activities," Mr Porter said.

Ahead of Supreme Court hearings beginning in the curfew case on Monday, the Andrews government's lawyers this week confirmed they would invoke public interest immunity to withhold key documents behind the extension of the curfew on September 14. On Thursday the court rejected the government’s bid to also withhold advice on whether the curfew violated Victoria’s Human Rights Charter.

Greg Barns SC, an administrative law expert and member of the Australian Lawyers Alliance, said the AAT has been the subject of a great deal of public controversy in recent years because of the "overt politicisation of the appointment process by the federal Coalition government."

"All its members, full time and part time, need to keep that background in mind in terms of the causes and cases they are involved with in their private practice," said Mr Barns, a current member of the Tasmanian bar.

"It is not suggested in any way these members have acted unethically but given the AAT has been so politicised in recent years by one side of politics, it is probably preferable its members are careful not to involve themselves in high-profile political cases."

The curfew, which Premier Daniel Andrews said was implemented to aid police enforcement, came into focus a fortnight ago after Chief Health Officer Professor Brett Sutton and police Chief Commissioner Shane Patton said they did not request the measure.

The Premier said he could not “pinpoint” whose idea it was but indicated it came from within his government, prompting criticism from the opposition that it was imposed without medical advice.