Kyrgyzstan’s prime minister has quit amidst ongoing violent protests and accusations of vote-rigging, as the former Soviet state teeters on the brink of a revolution.

Boronov, an ally of pro-Russian President Sooronbay Jeenbekov, was replaced by a nationalist politician that protesters released from jail on Monday. 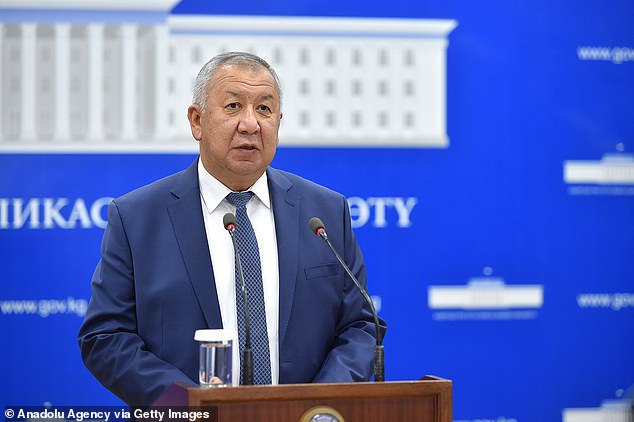 Kubatbek Boronov resigned on Tuesday, two days after the Kyrgyzstan’s Sunday’s election, the result of which has now been cancelled 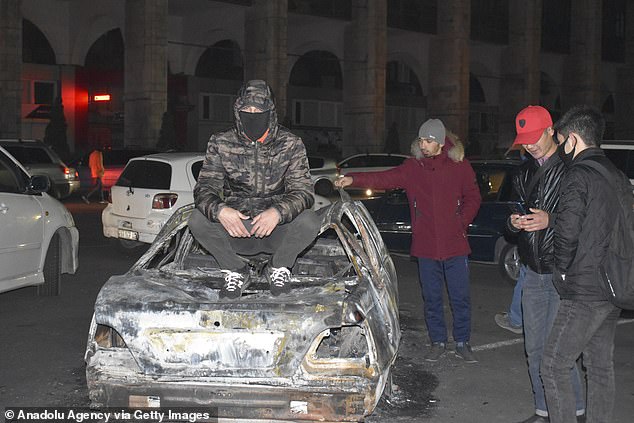 Unrest over the vote left almost 700 hurt and one dead and appeared to be spreading Tuesday to other parts of the country, raising concerns from Russia which has a powerful influence in the ex-Soviet country wedged between China and Kazakhstan.

Kyrgyzstan’s Central Electoral Commission said that it had ‘invalidated the election results’ which saw parties close to Jeenbekov dominate results amid accusations of mass vote-buying.

The new prime minister, Sadyr Japarov, was elected during an extraordinary meeting in a hotel after protesters seized the parliament building, the parliamentary press service said. 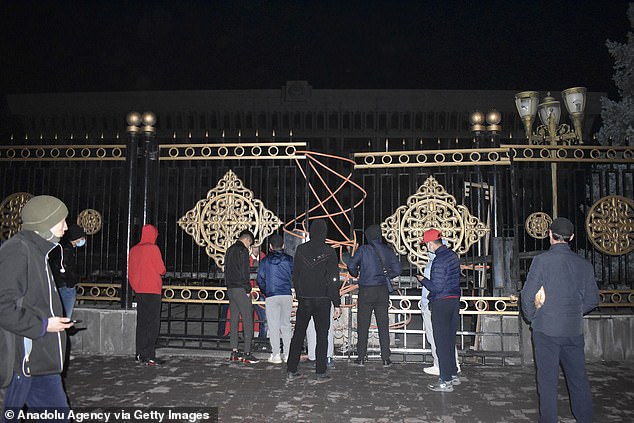 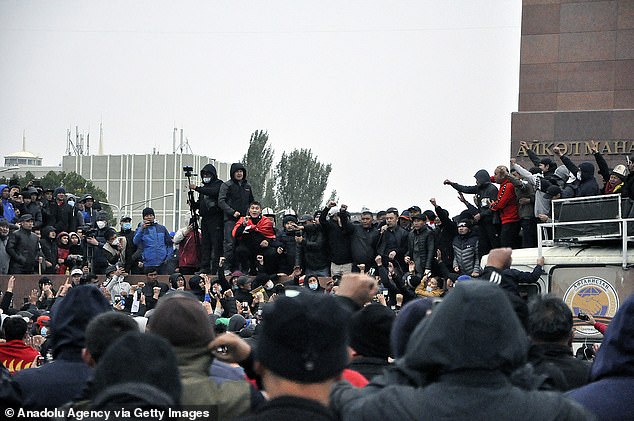 Russian military authorities said they had beefed up security at their base outside the capital.

The United States meanwhile called on all sides to ‘refrain from violence and resolve the election dispute through peaceful means’.

Bishkek was calmer on Tuesday, although the president’s office remained under the control of protesters and there were some reports of crowds roaming the streets targeting businesses and other organisations.

Jeenbekov’s office said the president had remained in the capital, despite not making any public appearances.

But reports indicated that unrest was spreading beyond the capital with several gold and coal mines – critical to the threadbare state budget – seized or damaged by marauders.

More than a dozen political parties said they had formed a ‘coordination council’ to restore stability and ‘return to the rule of law’, criticising the presidency for failing to ensure a fair election.

However, the new prime minister’s party has refused to recognise the council.

President Jeenbekov has insisted the situation in the country is under his control, and accused ‘several political forces’ of attempting to seize power Tuesday.

‘I ordered law enforcement agencies not to open fire or shed blood, so as not to endanger the life of a single citizen,’ Jeenbekov said. 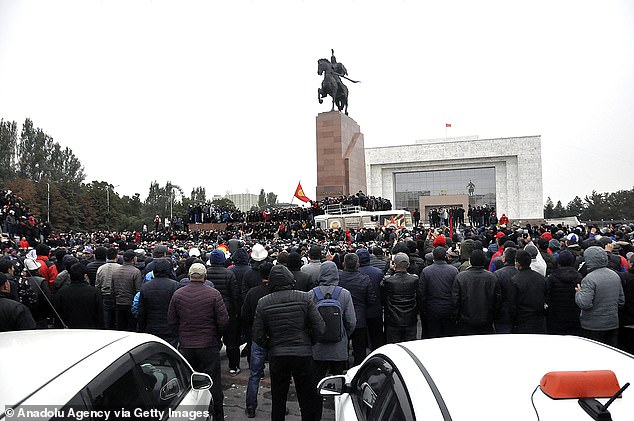 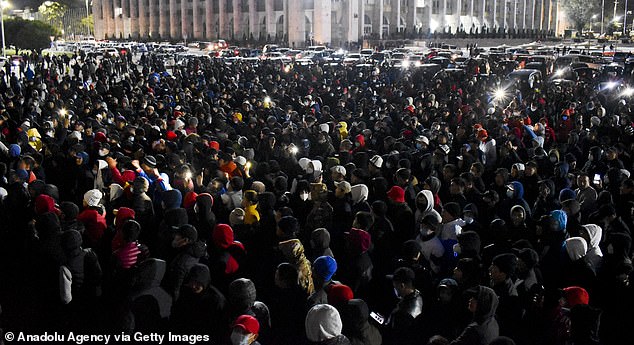 A court in Bishkek on Tuesday reversed incoming premier Japarov’s 11.5-year conviction for hostage-taking and other crimes that he began serving in 2018.

Banks and many shops and restaurants were closed in central Bishkek, with storeowners removing their goods over looting fears.

Weakened security after uprisings in 2005 and 2010 saw criminal gangs target mining enterprises that are typically in remote locations.

A spokeswoman for Alliance Altyn, which operates Kyrgyzstan’s second-largest gold mine, based in the western Talas region, told AFP that work at the mine had ceased work after a group of men broke into the premises and set fire to a processing unit. 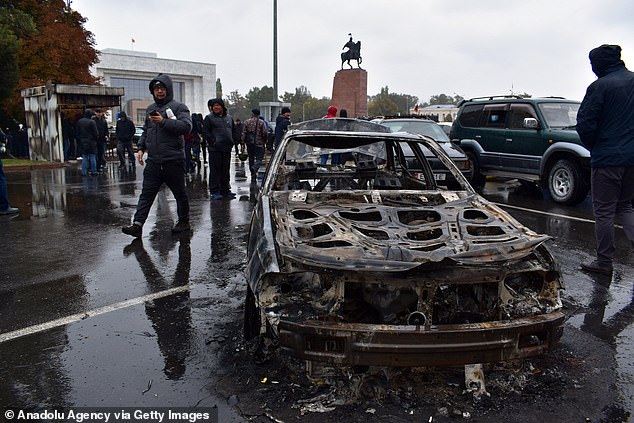 ‘Our employees were not hurt, thank goodness. We cannot say yet when we will work again,’ said spokeswoman Kasiyet Karacholkova.

On the same day, an enterprise that controls a vast coal mine in Naryn region said that their mine had been seized and their offices robbed by a criminal gang.

Business associations called on political parties to ensure stability in order to help businesses facing ‘huge losses’ over the coronavirus pandemic in a joint letter.

Opposition supporters had poured onto Bishkek’s streets Monday to demand the president’s resignation and a re-run of Sunday’s poll that left three parties from the outgoing parliament out in the cold.