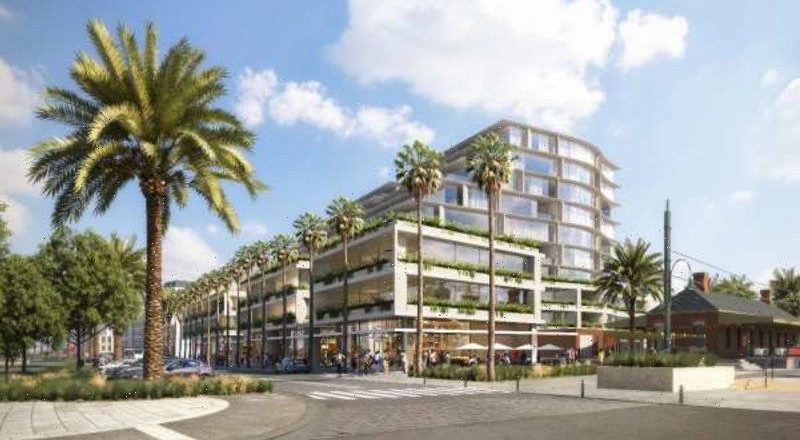 A firm controlled by a Kuwaiti sheikh has lodged fresh plans to build a 10-storey apartment development in a prime position next to the Port Melbourne beach, opposite Station Pier.

A long-running battle over the land, which has stood derelict for more than a decade, escalated in 2018 when Planning Minister Richard Wynne intervened to block a proposed 175-apartment complex on the site. 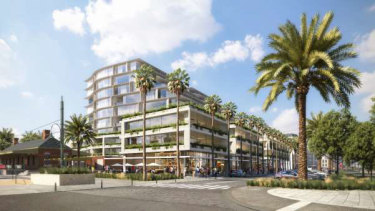 An artist’s impression of the proposed mixed-use development at Waterfront Place, Port Melbourne.

Sheikh Mubarak al-Sabah’s firm took the minister to the Supreme Court to challenge his ability to take over planning authority for the site, but lost the case.

Waterfront Place is controlled by Sheikh Mubarak, and the project his company wants to build on the Port Melbourne site is directed by Melbourne businessman Andrew Nehme.

Lawyer’s for IBAC at the time described this loan as a “sham” and said it was in fact “bribe money”. Mr Nehme rejected this allegation. 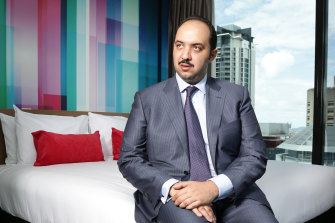 The Port Melbourne project’s various iterations have been opposed by the Victorian Ports Corporation, Port Phillip Council, TT Lines (the operators of the Spirit of Tasmania) and local Labor MP Martin Foley.

But with Spirit of Tasmania due to move its port from Station Pier to Corio Quay, north of Geelong, next year the site’s owners hope long-running opposition to their plans will fade.

“We feel we have met all the council’s and residents’ issues,” Mr Nehme said of the apartment plan. “With the Spirit of Tasmania moving to Geelong, that whole area changes dramatically. Obviously, less traffic at Station Pier. At some point, I’m sure the cruise ships will come back, but the area really does need a good rejuvenation.”

Port Phillip Council first refused to allow a multistorey development on the site in 2013, when the company sought approval to build three residential towers of five, 10 and 19 floors.

It also refused a later proposal for a 10-level apartment block housing 175 apartments, with council officers concluding the proposed development failed to meet mandatory setback requirements. That project would also have overshadowed the foreshore and communal pedestrian spaces.

The latest proposal is for a mixed-use development comprising 122 apartments and townhouses, retail premises including a provedore, cafe and gym, and community facilities including an art gallery.

Our Morning Edition newsletter is a curated guide to the most important and interesting stories, analysis and insights. Get it delivered to your inbox.