The Drake & Josh drama is real.

In an interview on the BFF podcast, Josh Peck was asked about Drake Bell — and his response may crush the aughts hearts of fans of their Nickelodeon series.

Peck, promoting his memoir, Happy People Are Annoying, in which he revealed drug, alcohol and food addictions during his Nick years, very candidly explained his side of the drama over not inviting Bell to his 2017 wedding. At the time, Bell took to social media to express himself over being snubbed from the guest list..

"I get married to my wife," the How I Met Your Father actor, whose bride is Paige O'Brien, said. "We have this small wedding. The dirty little secret was I knew that Drake and I didn't stay in touch for the 10 years since we made the show. But no one needed to know that. I was happy to just die with that secret that like, we made this thing that people really love, but maybe we weren't that close. So I didn't invite him to my wedding because I hadn't really talking to him in many, many years."

Fast-forward to the day of his wedding — and his phone started blowing up.

"I see these text messages from him like cursing me out and coming for me. On the night of my wedding!" said Peck, admitting it put a damper on the mood.

"It's delusional because it is like, 'Bro, it is like we worked at Coffee Bean together when we were 16,'" of working together nearly two decades ago. "I am sorry that I am 31 now and I might have lost your number.'"

He called it "unfortunate" how it all worked out. 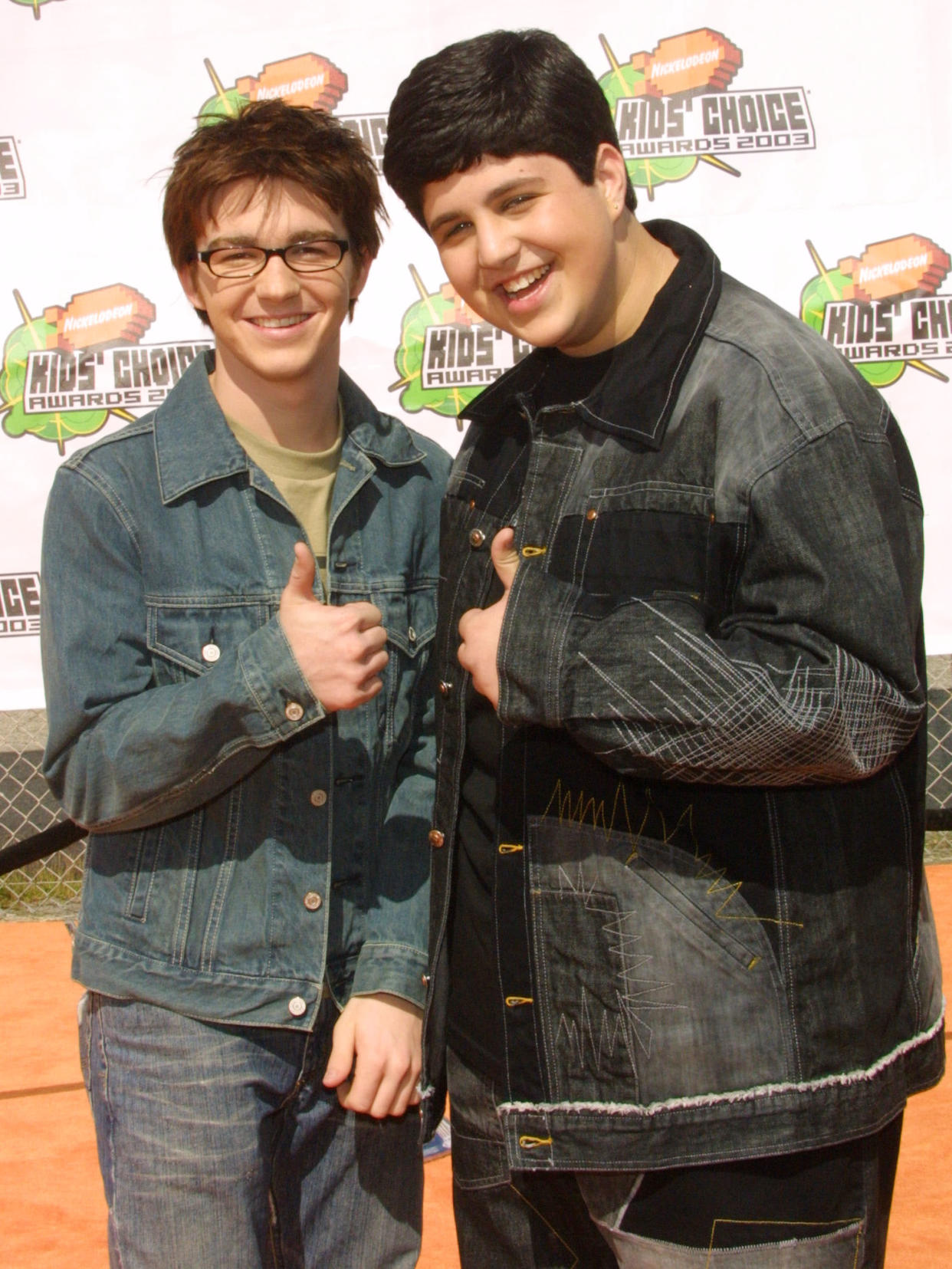 Peck also detailed how things came to a head with Bell on the red carpet a few months after the wedding.

"We were at the MTV Video Music Awards and I see him there and he sees me. I go up to him, and this might be the most Sopranos thing I have ever done. I looked at him and I go, 'Go apologize to my wife right now,'" Peck said. "He made a beeline for my wife and I see him do a whole five-minute performance of an apology."

He said that was "pretty much" his last communication with Bell.

"The fact that I was there at the VMAs, I was next to Drake," she said. "I was one who told him that Josh was coming [up to them with a camera]. I literally was there. I heard it all. Drake was never threatened by Josh, like, ever. That's actually hilarious that he would act like he could be the tough guy. Like, bro you're not tough."

Von Schmeling added that Drake apologized to O'Brien because Peck "asked him nicely to. We actually hung out after that. Multiple times. We talked multiple times since then. You’re a f**king liar. A f**king liar, Josh."

She's since said she was just being passionate in her defense of Bell.

Von Schmeling said she and Bell are starting their own podcast so they can talk freely and openly.

"And we're going to talk about everything," she said.

There actually is a video Peck posted to his YouTube channel from that night in which the former co-stars were hanging out and joking about the wedding drama. Peck said in it that it's "all love" between them — and always had been.

Peck and Bell were on The Amanda Show with Amanda Bynes in the early '00s before they got their own show, which ran from 2004 to 2007. They played stepbrothers who had opposite personalities in the series — as well as in three TV movies, the final one which aired in 2008.

After that, the former child stars seemed friendly — at least publicly — for years. Peck attended Bell's album release party in 2014, and, the same year were both at the Kids' Choice Awards together. Bell even appeared on Peck's Grandfathered series in 2016.

The first real sign that the Drake & Bell era was over was with the 2017 wedding drama. Then last year amid Bell's legal woes — in which he was convicted of child endangerment for his interactions with an underage fan — Peck publicly distanced himself from his former co-star.