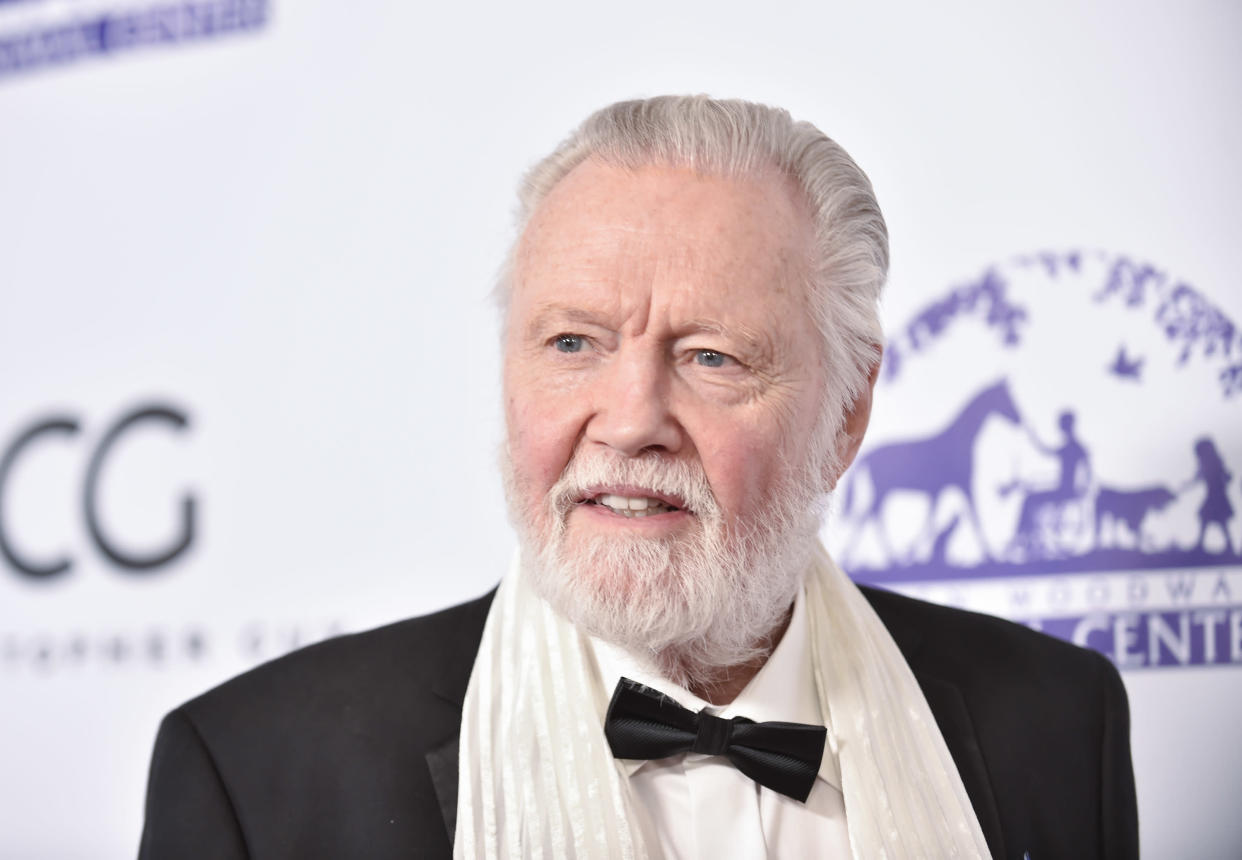 Jon Voight is demanding gun control. The longtime Republican and Trump supporter posted a video to his official Facebook page, calling for “proper” qualifications for gun ownership and testing, following the mass shooting at Robb Elementary School in Uvalde, Tex. on May 24, 2022.

In his social media video, the Deliverance star said his “heart bleeds for all those lost.”

“It’s not about left, right, guns, no guns. This is about brains that are dysfunctioning. This is mental,” he said. “This is not about healthy human beings serving the country with arms to bear or even the right of this constitution for bearing arms … We must identify every individual for their credentials, for their mental capacity to bear arms.”

He continued, “There should be proper qualifications for gun ownership and proper testing. One should only own a gun if they’re qualified and schooled … May god watch over all and bring comfort for this loss which may never heal, for each child was so precious a gift.”

This life we live pic.twitter.com/pNGI454ibJ

The Uvalde massacre, which left 19 children and two adults dead, has prompted many celebrities to speak out about gun control. The shooting is the deadliest elementary school shooting in Texas history, as well as the second-deadliest U.S. shooting after the shooting at Sandy Hook in 2012, which left 26 dead.

Harry Styles used social media to announce his partnership with the nonprofit Everytown for Gun Safety. The “Daylight” singer plans to donate $1 million.

“Once again we have tragically proven that we are failing to be responsible for the rights our freedoms grant us,” McConaughey wrote. “The true call to action now is for every American to take a longer and deeper look in the mirror, and ask ourselves, ‘What is it that we truly value? How do we repair the problem? What small sacrifices can we individually take today, to preserve a healthier and safer nation, state, and neighborhood tomorrow?’ We cannot exhale once again, make excuses, and accept these tragic realities as the status quo.”

Other famous Texans such as Selena Gomez and Jamie Foxx have spoken out on the tragedy and called for politicians to enact gun reform.