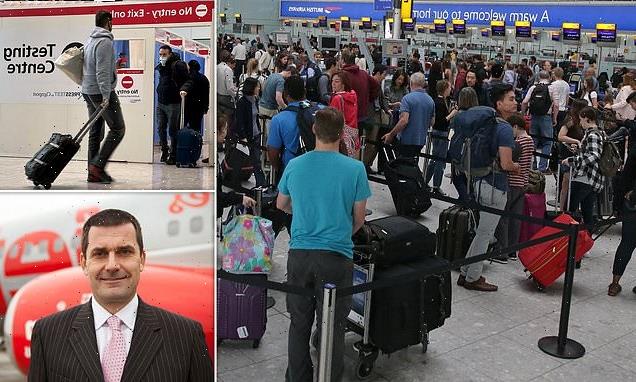 Holiday like it’s 2019! Jet2 boss says demand has returned to pre-pandemic levels as passengers flying to the UK don’t need to take a Covid test before departure from TODAY 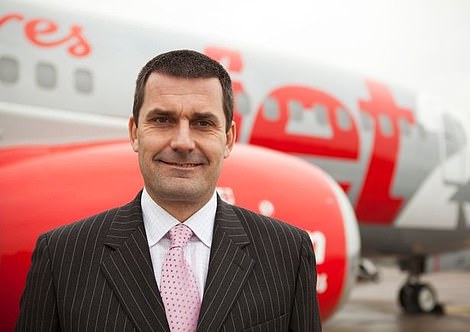 Steve Heapy, chief executive of Jet2, told BBC Radio Four’s Today programme that demand for holidays had now reached similar levels to those seen before the start of the pandemic

An airline boss said this morning demand for holidays has returned to pre-pandemic levels after the announcement of new rules dictating that passengers flying to the UK from abroad don’t need to take a Covid test before departure from today.

The requirement for travellers to self-isolate on arrival in England until they receive a negative PCR test is also being dropped – and they will instead have to take a lateral flow test no later than the end of day two after arriving.

The measures will save families hundreds of pounds on not having to buy so many tests and make it much easier to book holidays – and has resulted in a surge in demand among winter sun-seekers and families looking to reunite with loved ones.

PCR tests on average cost around £80 per traveller, compared to £20-£30 for a rapid swab, saving families up to £200 on post-arrival tests alone. They could save another £100 in pre-departure tests.

Steve Heapy, chief executive of Jet2, told BBC Radio Four’s Today programme that demand for holidays had now reached similar levels to those seen before the start of the pandemic.

He said: ‘Demand is around pre-Covid levels. Prior to the announcement it was well below, but it has given people the confidence to look for a holiday, that they won’t be caught in resorts quarantining. People now want to start thinking about more cheerful things, ie going on holiday.

‘There’s always a risk that we could have new restrictions but I think the Omicron variant has shown to governments you need to bide your time and look at the science a bit before jumping into lockdown.

‘Our plans for summer 2022 remain the same and we have a bigger programme than summer 2019. Some companies are saying it’s going to take two or three years to recover, we are back to above summer 2019 levels.

‘I think it’s realistic [to be making such preparations], it’s optimistic obviously, but after two years of dealing with the virus, we’re in a place where we can live with it better.

‘People are desperate to get away. It’s two or three years since some people have had a holiday, and I think it’s very good for health getting away in the sun, lying on a beach, getting some Vitamin D etc.’ 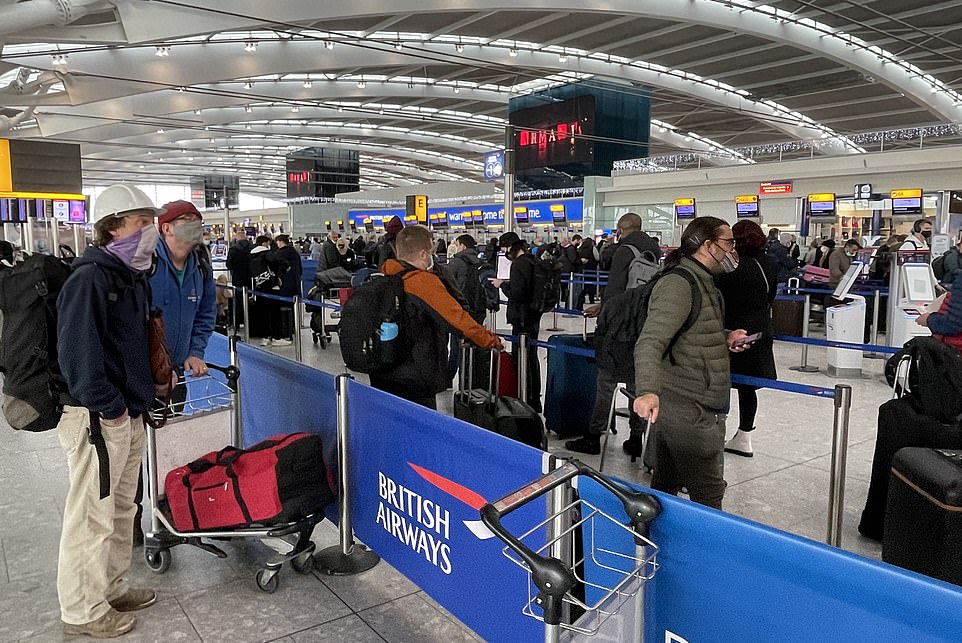 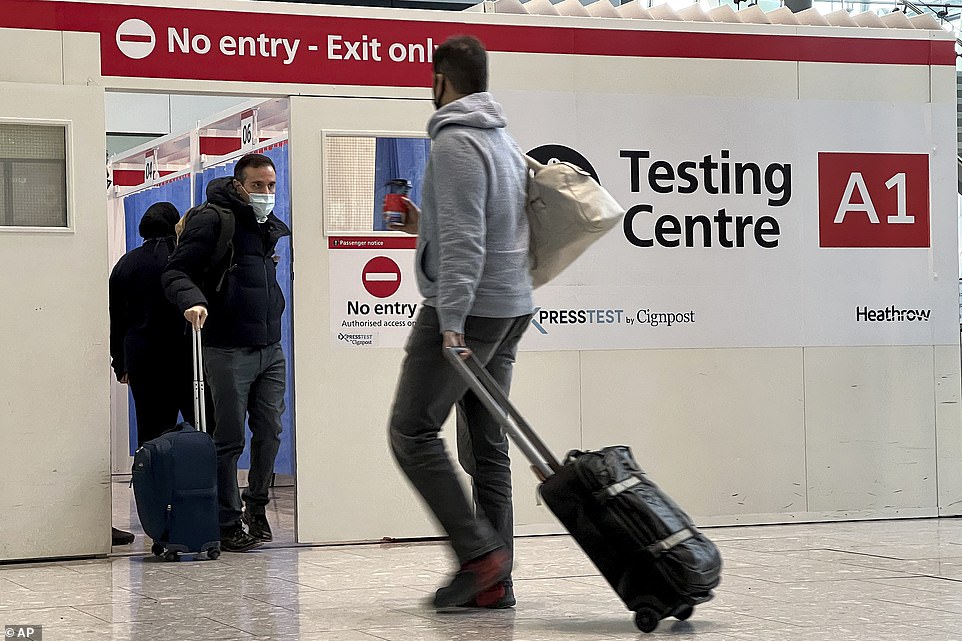 Checked by MailOnline on Skyscanner at about 10am today. Flight arrival and departures times are local.

Britons can fly to 16 countries for under £10 this month – including Austria, Bulgaria, Croatia, the Czech Republic, Denmark, Germany, Greece, Ireland, Italy, Latvia, the Netherlands, Norway, Poland, Portugal, Romania and Spain.

The cheapest single flights found by MailOnline for this month were £4 from London Stansted to Zagreb with Ryanair, and £5 for both London Luton to Rome with WizzAir and Stansted to Eindhoven with Ryanair. UK tourists can also go from Stansted with Ryanair to Oslo or Krakow for £6, Vienna for £7 and Sofia or Dublin for £8.

Prime Minister Boris Johnson said in a statement in the House of Commons earlier this week that the Omicron variant of Covid-19 is now so prevalent in the UK that the measure is having limited impact on the spread of the disease.

Flight booking website Skyscanner now expects 2022 will now be a ‘bumper bargain year for travel’ with prices currently up to 71 per cent cheaper than pre-pandemic for some destinations, compared to the 2019 average.

The company said that in the first hours following Mr Johnson’s announcement, Skyscanner saw an 81 per cent increase in visits to the site, week on week.

It said bookings by UK travellers were already up 25 per cent in the week to this Monday compared to the previous week – and the top five summer destinations booked by Britons are Orlando, Malaga, Faro, Alicante and Palma.

Stephanie Boyle, Skyscanner’s global travel industry expert, told MailOnline: ‘This news will go a long way towards boosting confidence for travellers who are hoping to visit loved ones overseas or book a holiday in 2022.

‘We expect to see a surge in demand from UK holidaymakers following the scrapping of pre-departure testing and self-isolation requirements, especially given the timing which aligns with a traditionally busy time for travel.

‘Winter-weary workers returning this week after the festive period tend to want something to look forward to and will be keen to book breaks in the short term as well as planning bigger trips for the summer.’

She added: ‘We have more information on what we can expect from a calendar year living with the virus now and many will be planning big trips for the summer when traditionally we have seen fewer restrictions.

‘The travel industry has proved its agility and resistance through difficult times and will be hoping for these new simpler rules to remain in place without change to continue the safe and sustained return of travel.’ 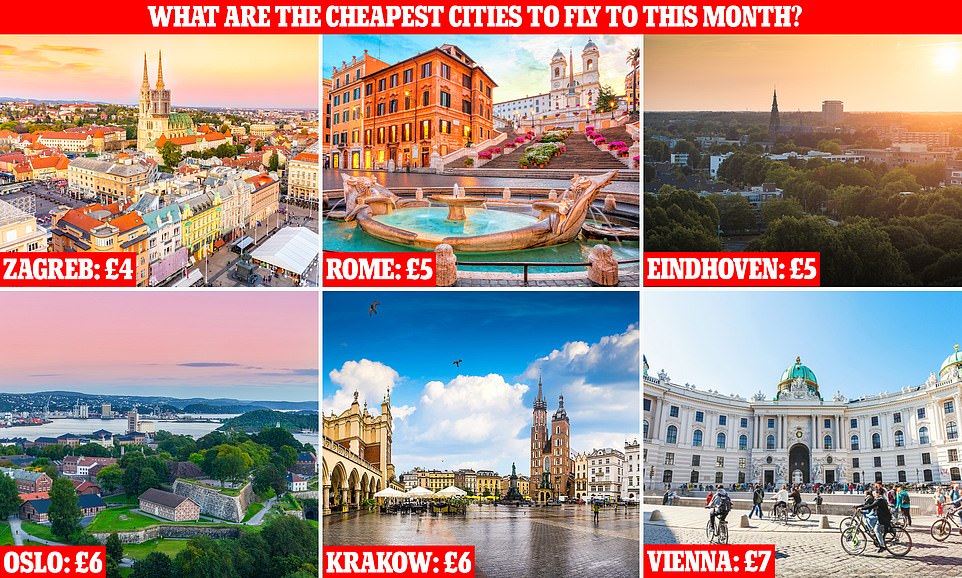 Britons can fly to 16 countries for under £10 this month – including Austria, Bulgaria, Croatia, the Czech Republic, Denmark, Germany, Greece, Ireland, Italy, Latvia, the Netherlands, Norway, Poland, Portugal, Romania and Spain 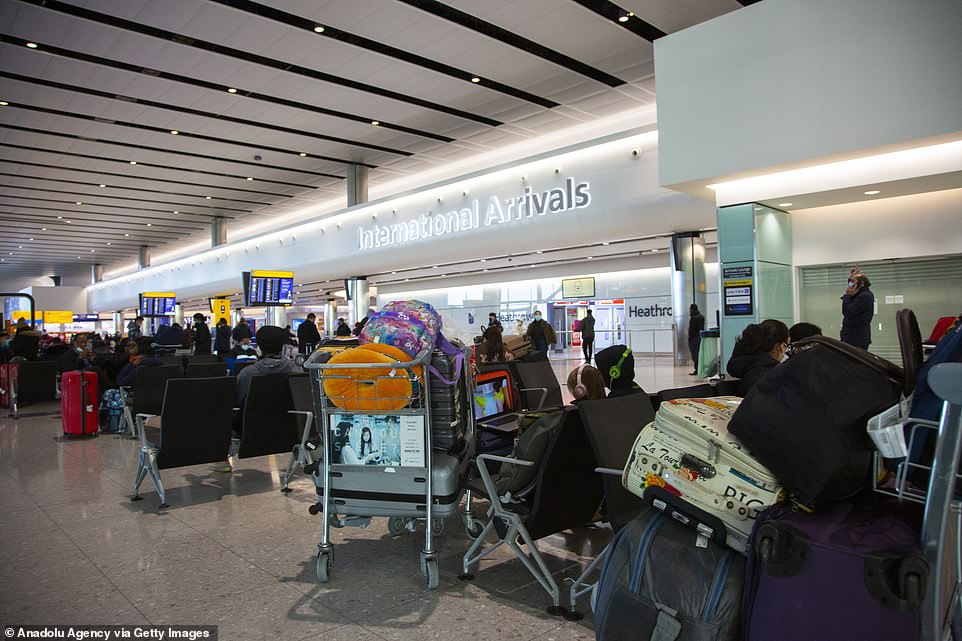 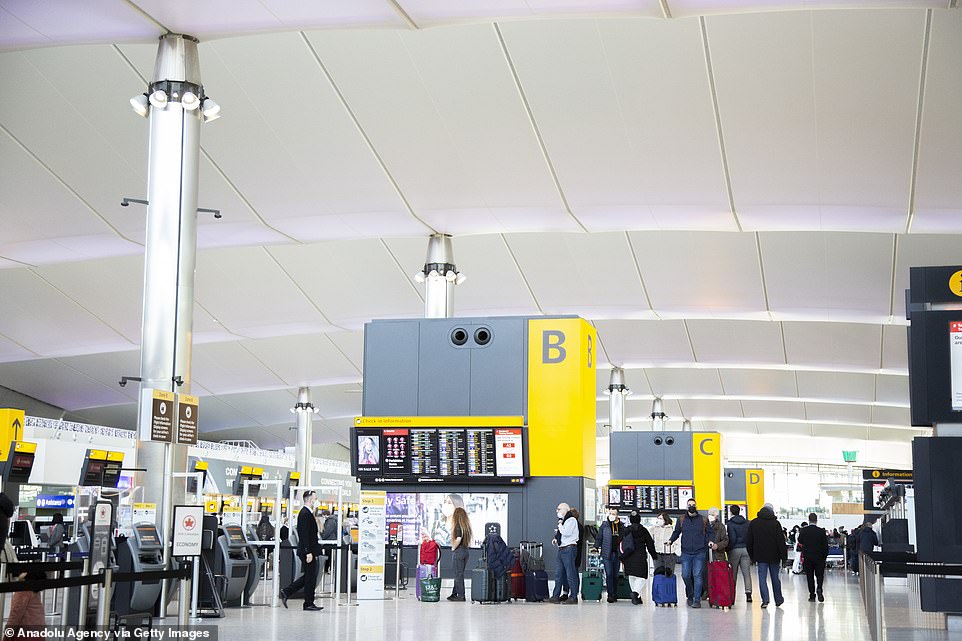 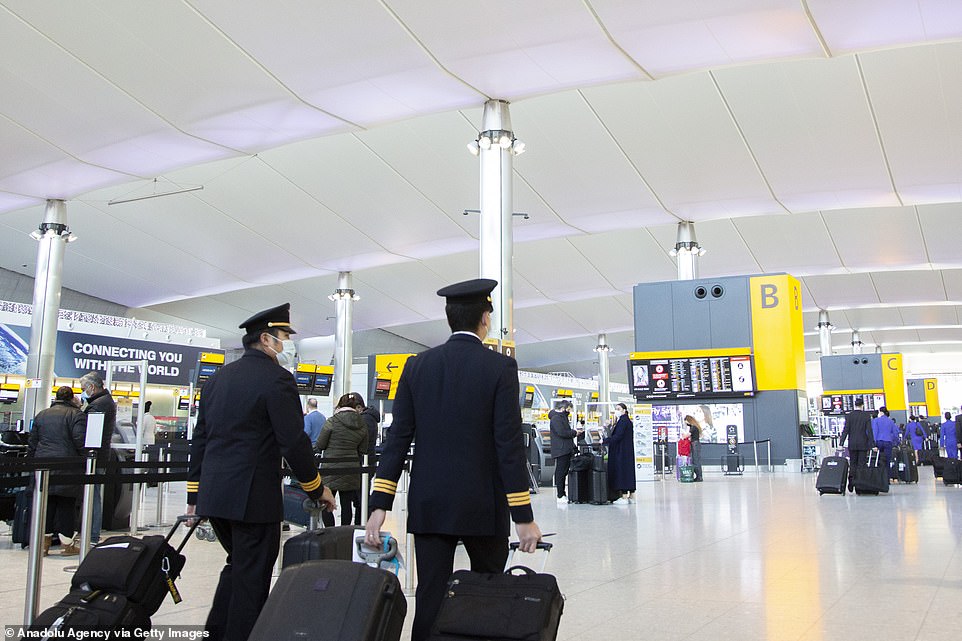 If you qualify as fully vaccinated for travel to England (meaning at least 14 days has passed since your second jab), and you will arrive in England from today (Friday, January 7), you do not need to:

If you qualify as fully vaccinated and will arrive in England after 4am this Sunday (January 9), you can choose to take a lateral flow test instead of a PCR test after you arrive in England.

If you take a lateral flow test and test positive, you will need to self-isolate and take a free confirmatory PCR.

You must book the test before you travel to England. You can book lateral flows from today.

You must take the lateral flow test no later than the end of day two after arriving. For example, if you arrive on a Monday, this would be by the end of the Wednesday.

You cannot use a lateral flow until after 4am this Sunday. Before this time, you must use a PCR test after arrival.

The fully vaccinated rules also apply to children aged 17 and under, people taking part in an approved vaccine trial, and people who are unable to have a vaccination due to medical reasons. Click here for more details

The current travel testing rules were introduced in November last year amid a global panic over the spread of Omicron – but with the variant now dominant in the UK, many questioned why they remained.

Mr Johnson told the Commons that from this weekend, costly post-arrival PCR tests would be replaced with cheaper rapid swabs for the fully vaccinated.

Travellers must buy the post-arrival lateral flow tests from private providers before returning to England. They cannot use free NHS ones.

Pre-departure tests taken within 72 hours of travelling to England will also be axed.

This change came into force at 4am today, whereas the replacement of PCRs with lateral flows post-arrival will come into effect at 4am on Sunday.

The new rules will apply only to those who have been fully vaccinated – which means double, rather than triple-jabbed.

Children aged five to 17 will be treated as fully vaccinated even if they are not, meaning they must also take day two post-arrival lateral flow tests.  Under-fives are exempt.

The changes apply only to England, with Scotland and Northern Ireland yet to declare if they will follow suit. In Wales, health minister Eluned Morgan said they would be ‘reluctantly’ following suit.

Mr Johnson said: ‘When the Omicron variant was first identified, we rightly introduced travel restrictions to slow its arrival in our country.

‘But now Omicron is prevalent, these measures are having limited impact on the growth in cases, while continuing to incur significant costs to our travel industry.’

The changes come just in time for the travel industry, with January traditionally the busiest period for summer holiday bookings. 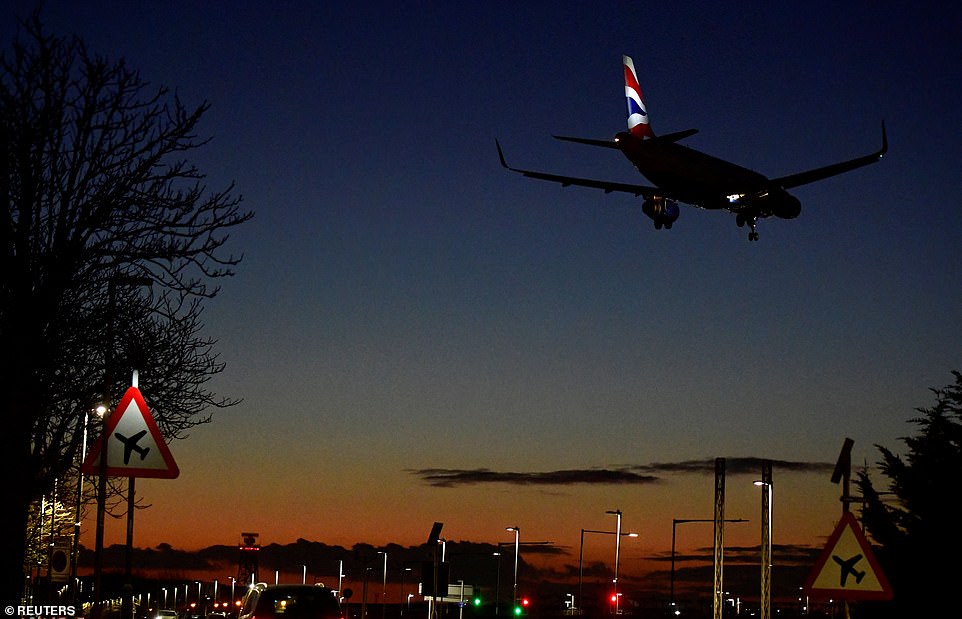 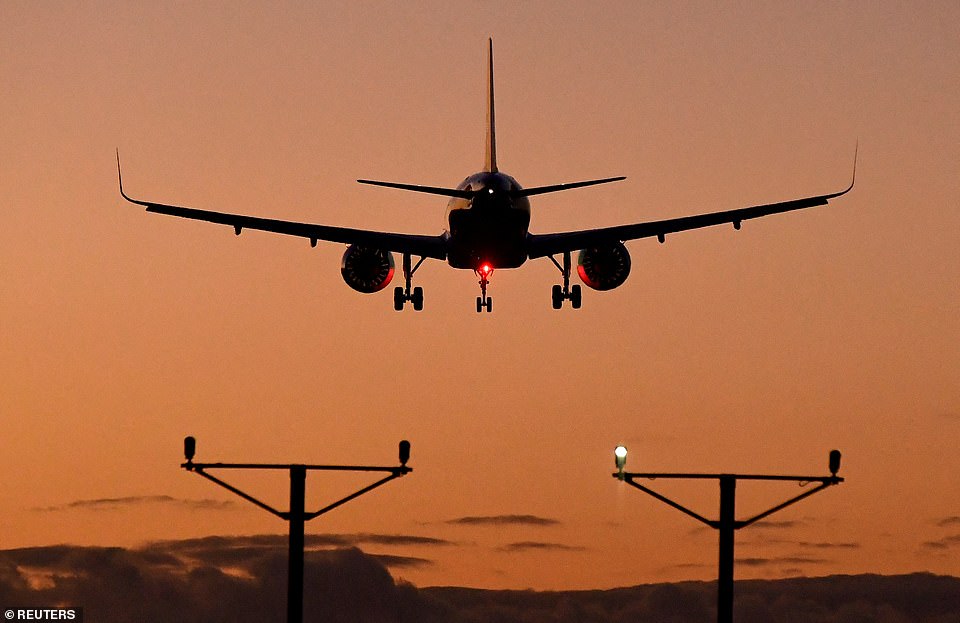 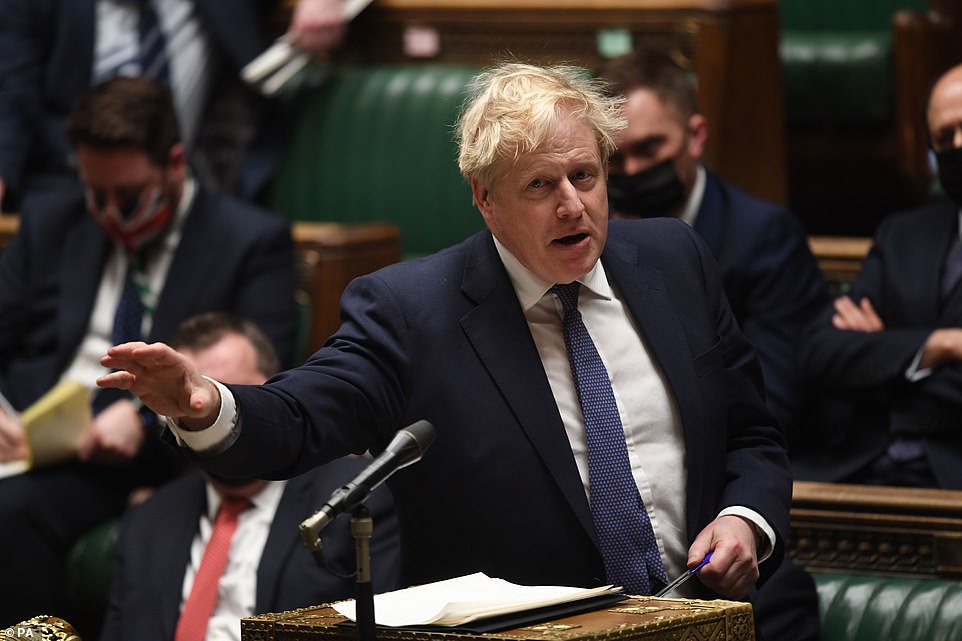 Willie Walsh, director-general of the International Air Transport Association trade body, said: ‘This is a long- overdue and welcome step back to the pre-Omicron regime. It’s clear that the extra measures had little or no impact on the spread on this new variant.’

Shai Weiss, chief executive of Virgin Atlantic, said: ‘Travellers can now book with confidence and look forward to reconnecting with loved ones and business colleagues. Meanwhile… vital testing capacity can be reallocated where it is needed the most – in hospitals, schools and crucial national infrastructure.’

Tim Alderslade, chief executive of the industry body Airlines UK, said it would be a ‘massive boost’ for the sector at a ‘critical’ time of the year.

‘People will now be able to book knowing that – for the fully vaccinated – all emergency testing restrictions have been removed,’ he said.

‘Today marks an important step towards learning to live alongside the virus, helping passengers and the travel sector look ahead to what will be an all-important spring and summer season.’

‘This will make travel much simpler and easier and means our customers can book and travel with confidence,’ he said.

‘However, the Government must now urgently take the final step towards restriction-free travel and remove the last remaining unnecessary test for vaccinated travellers so flying does not become the preserve of the rich.’

A spokesman for Heathrow Airport said: ‘Although this is welcome news, there is still a long way back for aviation which remains the lifeblood of the UK’s economy, supporting millions of jobs in all four nations.’

NHS lateral flow tests cannot be used for international travel, and the tests must be brought from a private provider.

Those who have already brought PCR tests for travelling needs can still use these.

Julia Simpson, chief of the World Travel & Tourism Council, said: ‘The removal of pre-departure tests and replacing Day 2 PCRs with more affordable antigen testing will significantly boost the UK travel and tourism sector and help both it, and the whole UK economy recover much faster than expected.’ 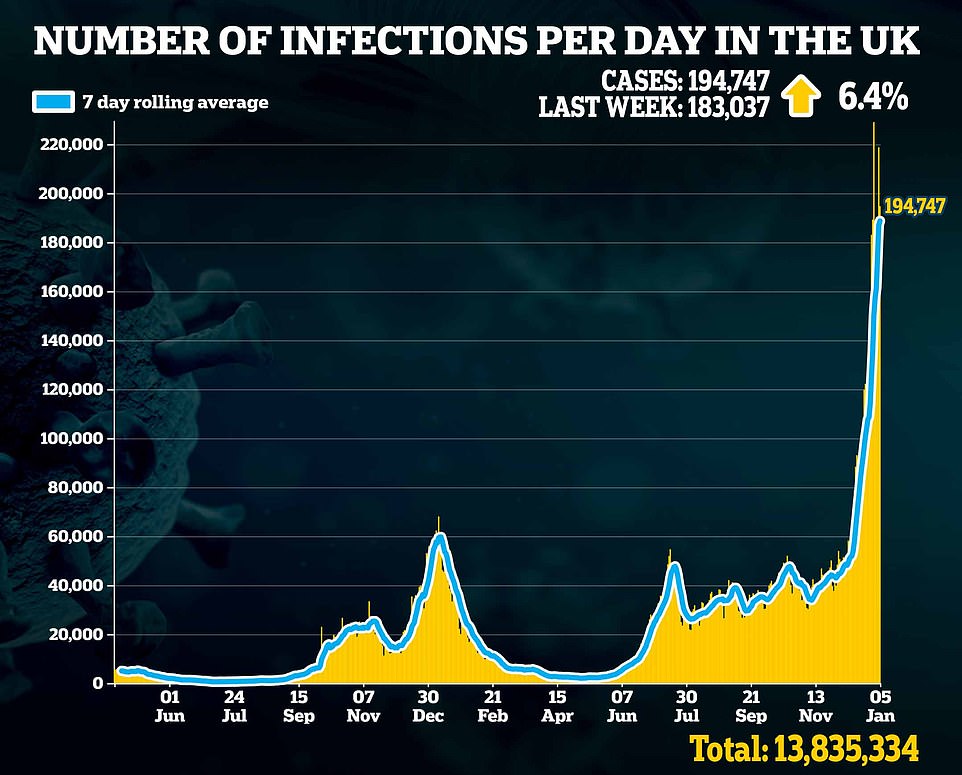 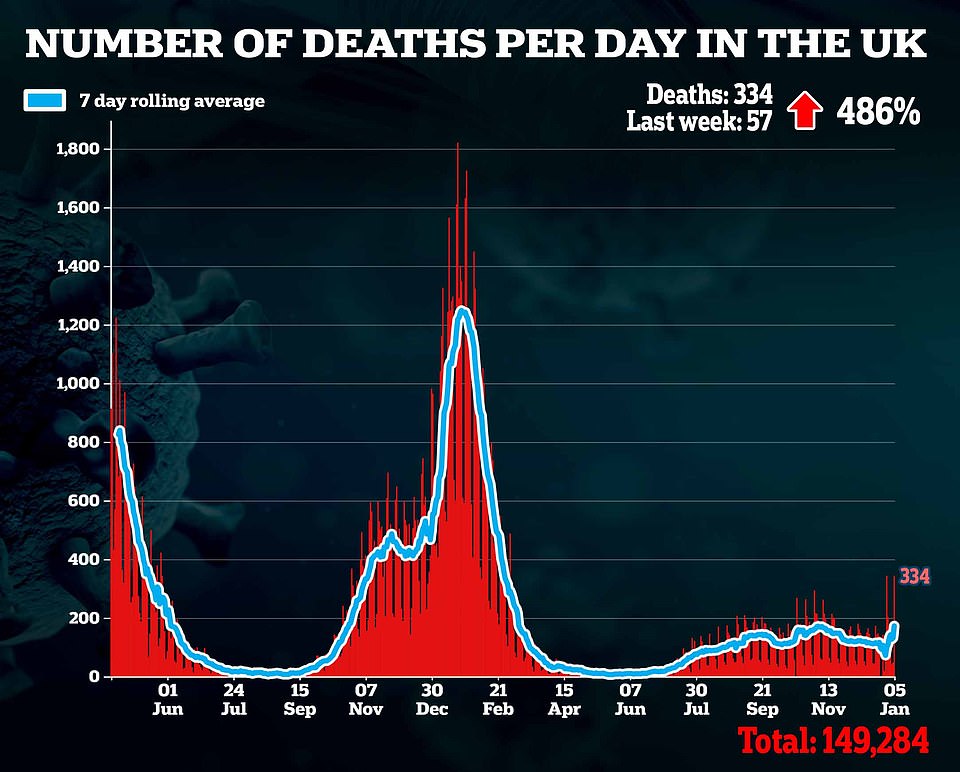 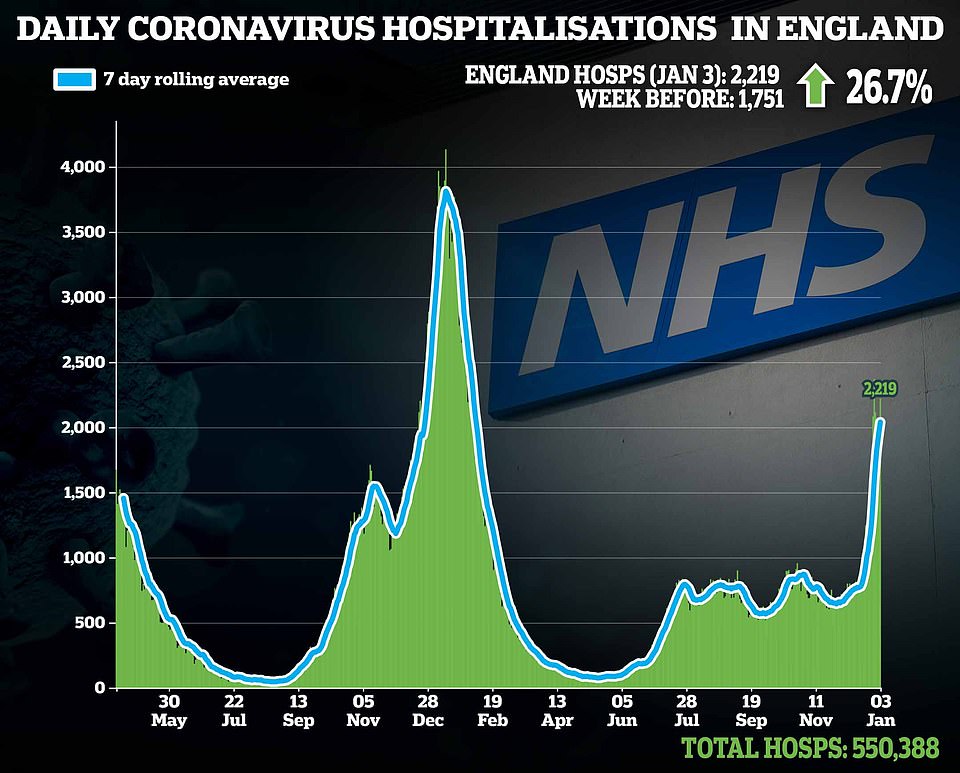