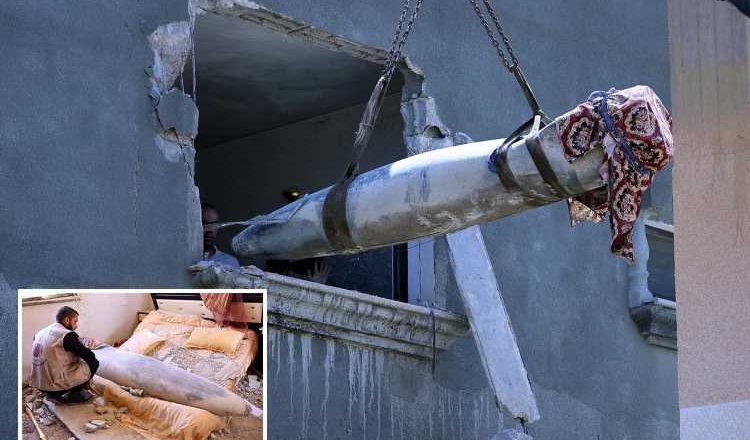 AN ISRAELI missile crashed into a home in Gaza and landed unexploded on a double bed forcing Hamas explosive experts to remove it as violent clashes rage on.

Shocking images show debris strewn across the room of the house in Khan Yunis in the Gaza Strip with a crane removing the rocket as a crowd of Palestinians watched on. 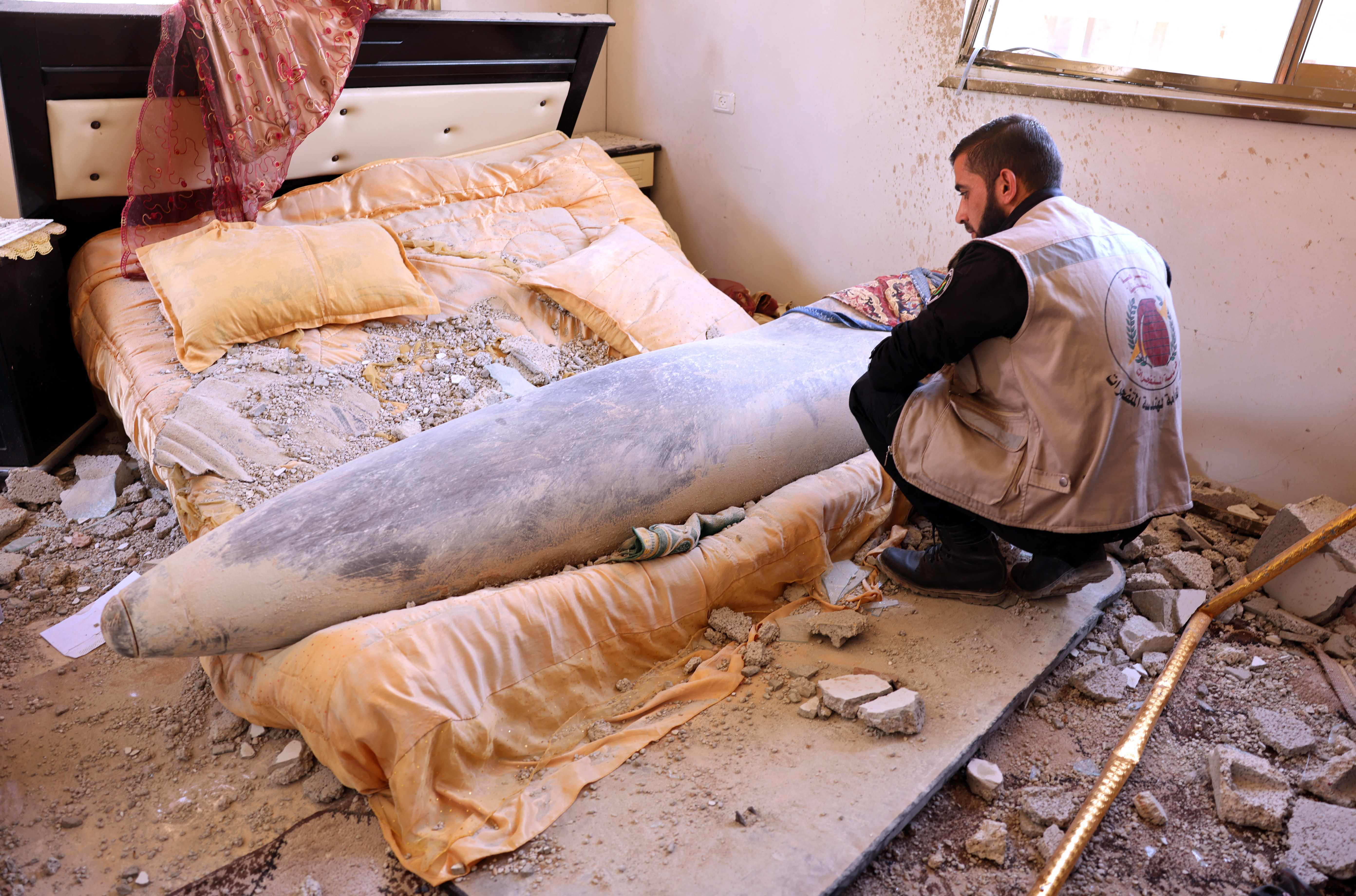 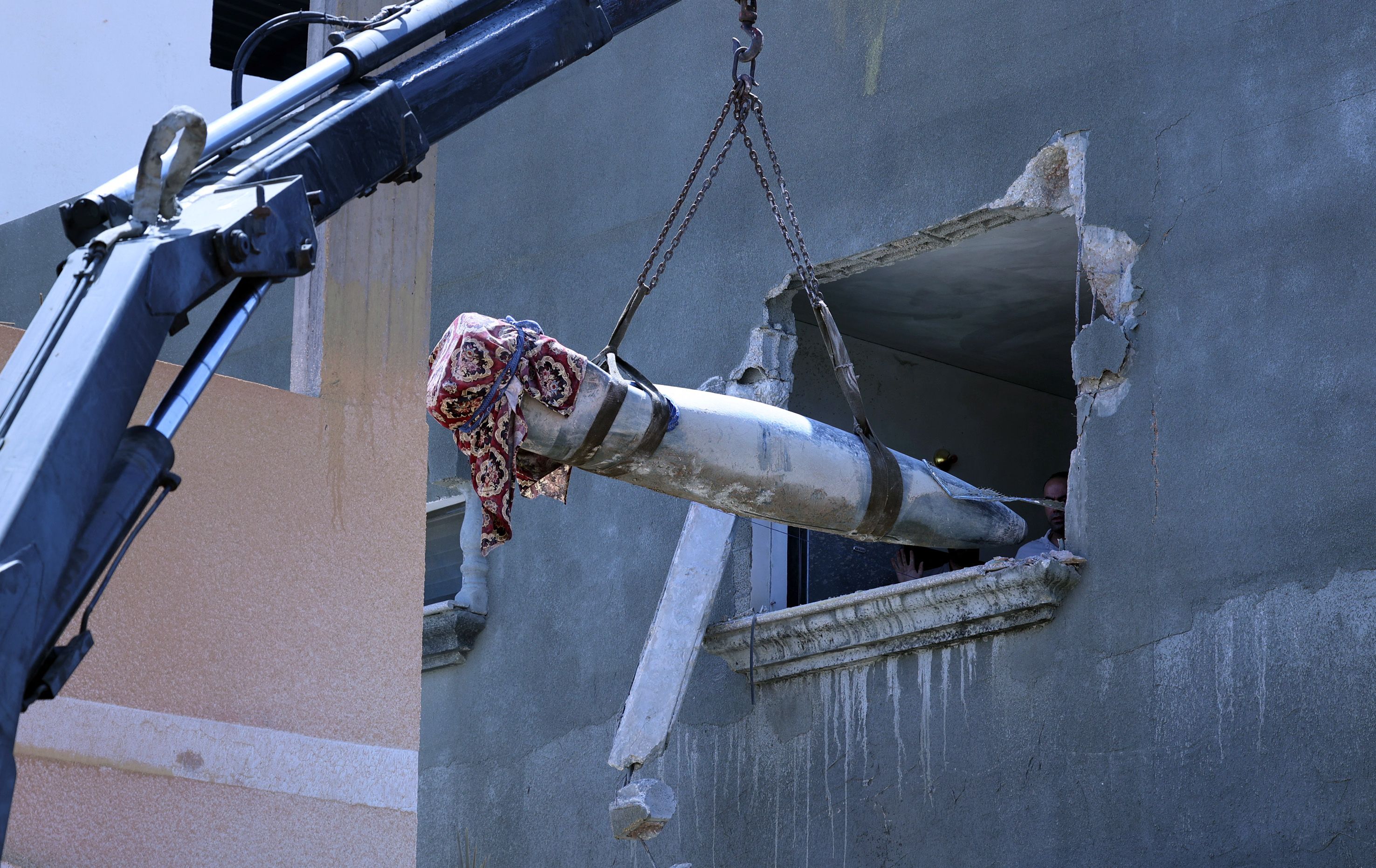 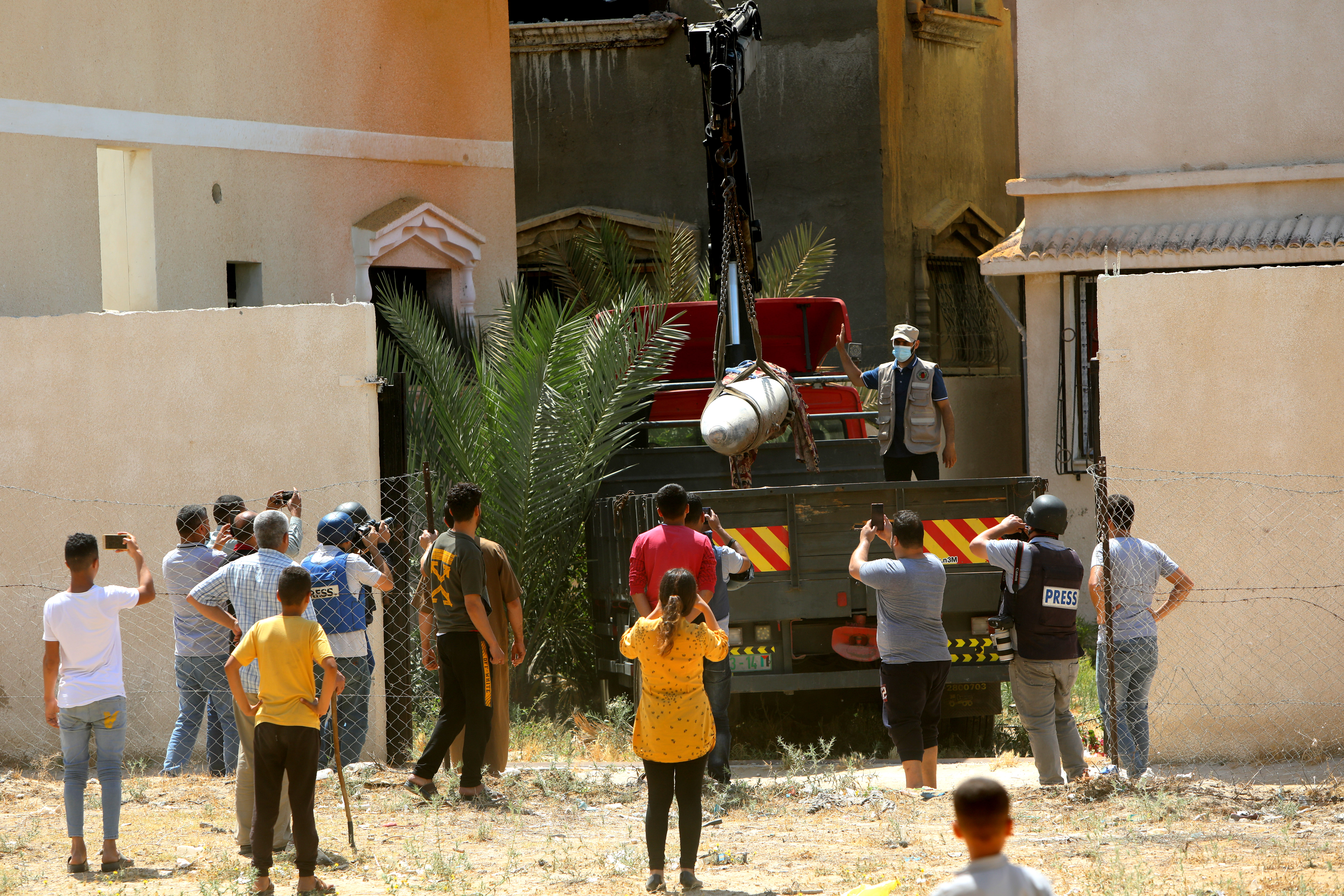 It comes as Israel and Palestinians are mired in their worst conflict in years,with the Gaza Strip being pounded with airstrikes as Hamas militants fire rockets into the Jewish state.

Hamas-run radio said a woman was killed and four children were wounded in one attack on the town of Khan Yunis.

In the Gaza City suburb of Sabra, Amira Esleem, 14, and three family members were wounded in one Israeli attack, which she said caused parts of their house to collapse.

"We were sitting on the sofa when a missile landed. There was heavy smoke and we couldn't see anything," she said from her hospital bed.

As bombings enter the 11th day, diplomatic efforts towards a ceasefire are gathering pace amid a worsening humanitarian crisis in the Palestinian territory.

Agencies across the globe are appealing for a halt in violence to allow medical supplies into Gaza.

"The severity of injuries is straining an already overwhelmed health system," WHO regional director Ahmed Al-Mandhari said in Cairo. 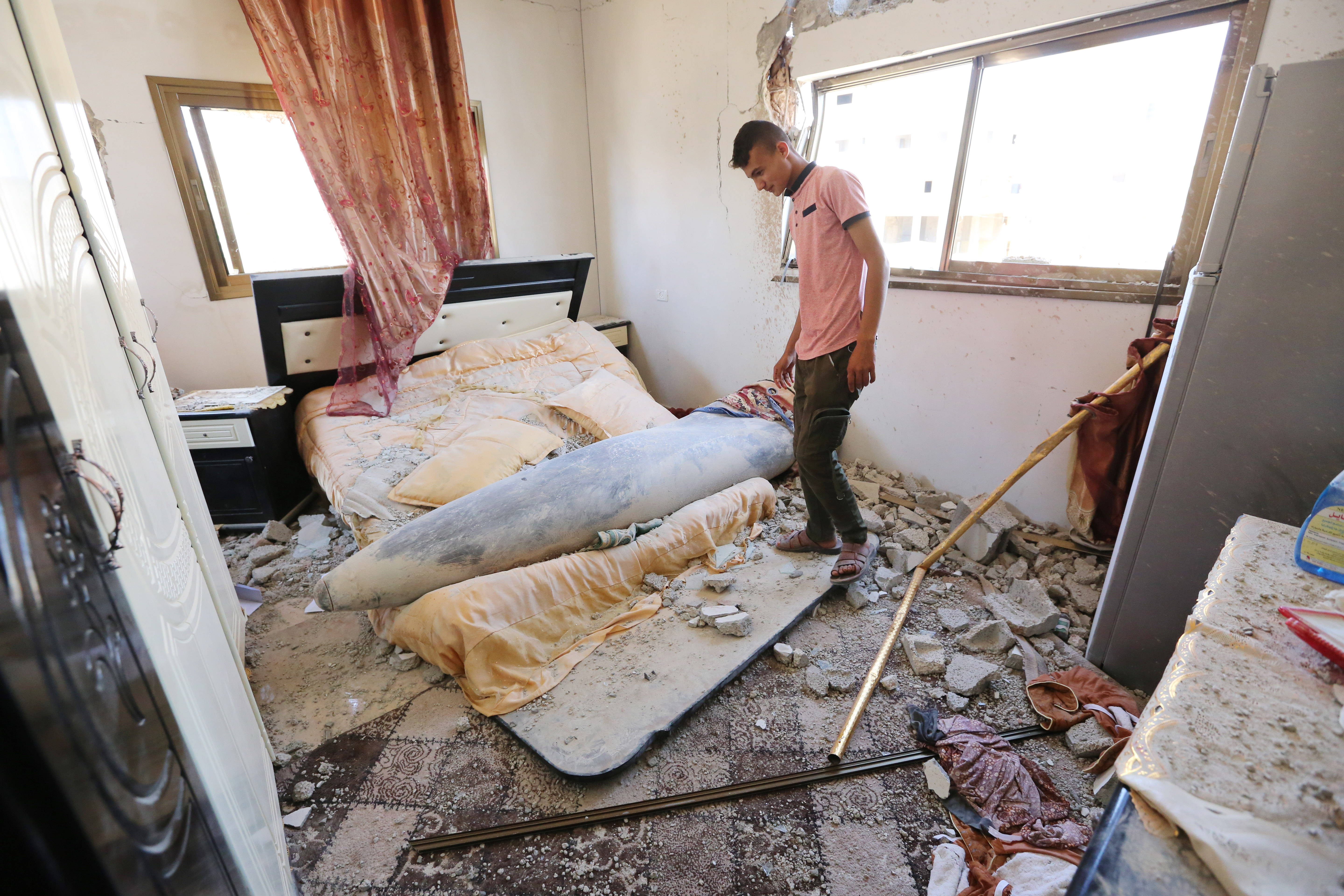 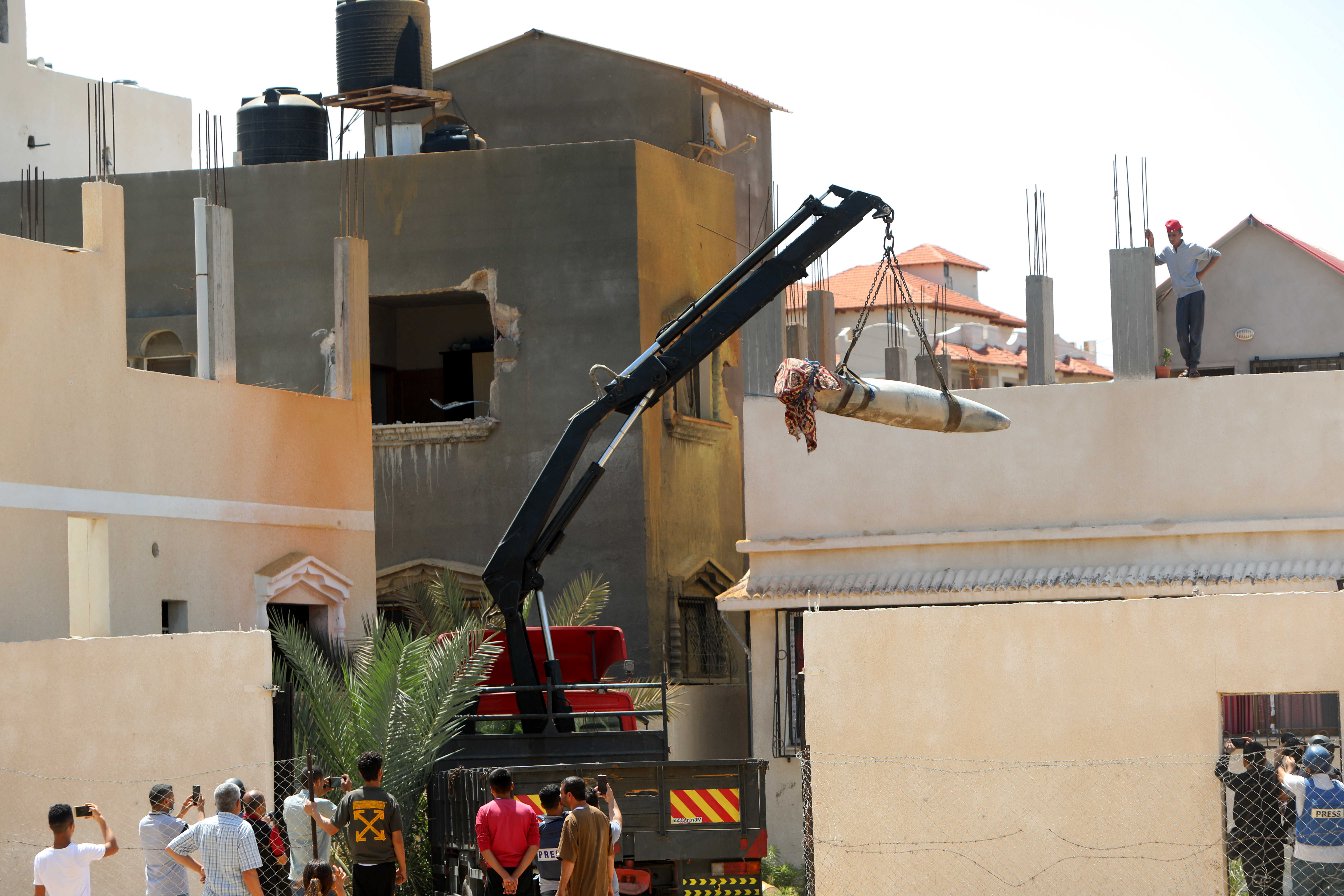 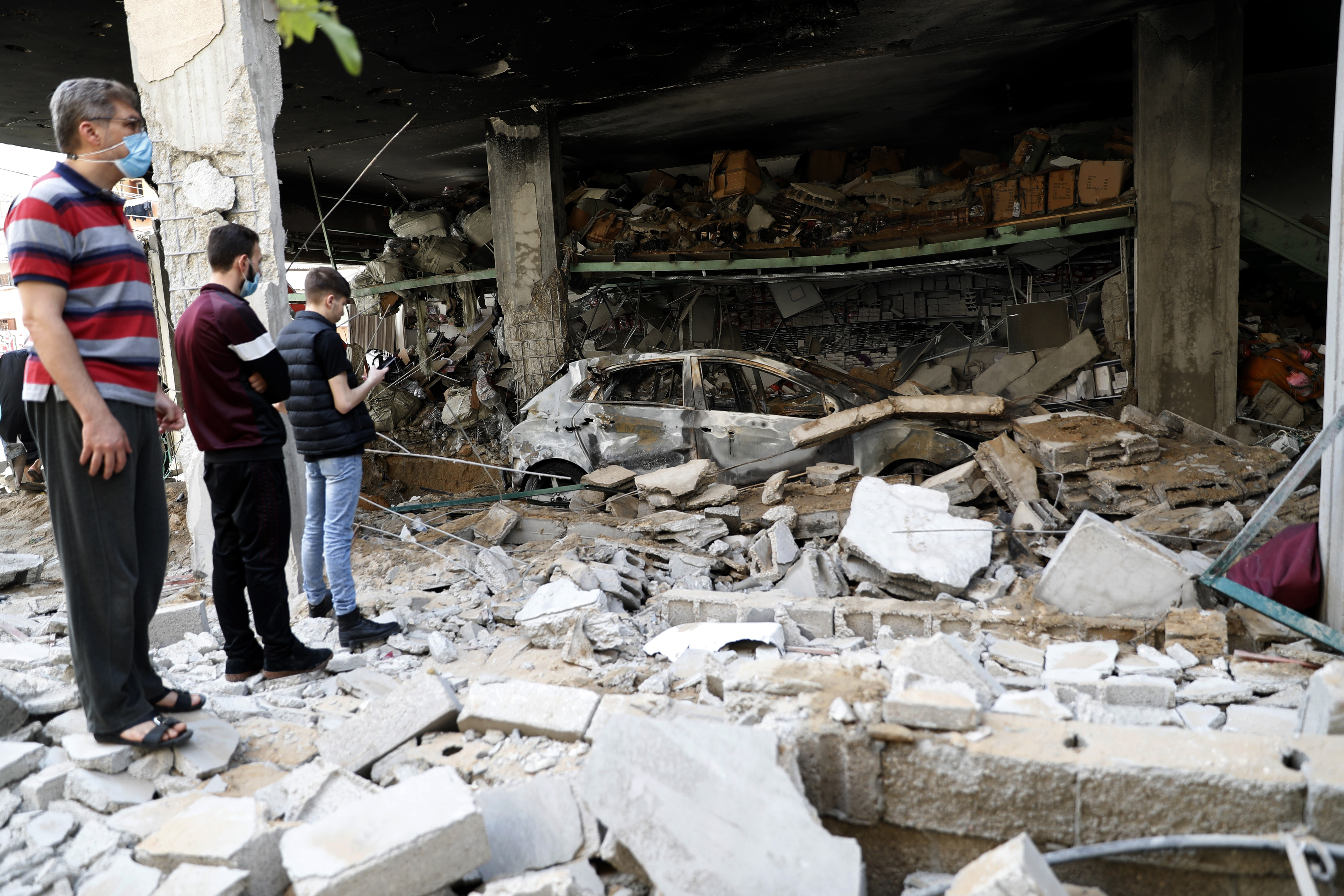 On Wednesday, a senior official in Hamas said a ceasefire could take hold within days.

Rocket attacks on Israel paused for eight hours early on Thursday – but then resumed against communities near the border.

Meanwhile an Israeli minister said Israel would halt its operation only when it "had achieved its goals", as warplanes unleashed more air strikes on an 11th day of hostilities.

Since the fighting erupted on May 10, health officials in Gaza say 230 Palestinians – including 65 children and 39 women – have been killed and more than 1,700 wounded in aerial bombardments.

Israeli authorities say the death toll to date is 12, with 336 people treated for injuries in rocket attacks that have caused panic and sent people rushing into shelters.

Israel carried out more than a dozen air strikes on Gaza after midnight, targeting what it said was a weapons storage unit in the home of a Hamas official, and military infrastructure in the homes of other commanders.

Nearly 450 buildings in Gaza have been destroyed or badly damaged, including six hospitals and nine primary care health centres, the United Nations humanitarian agency has said. 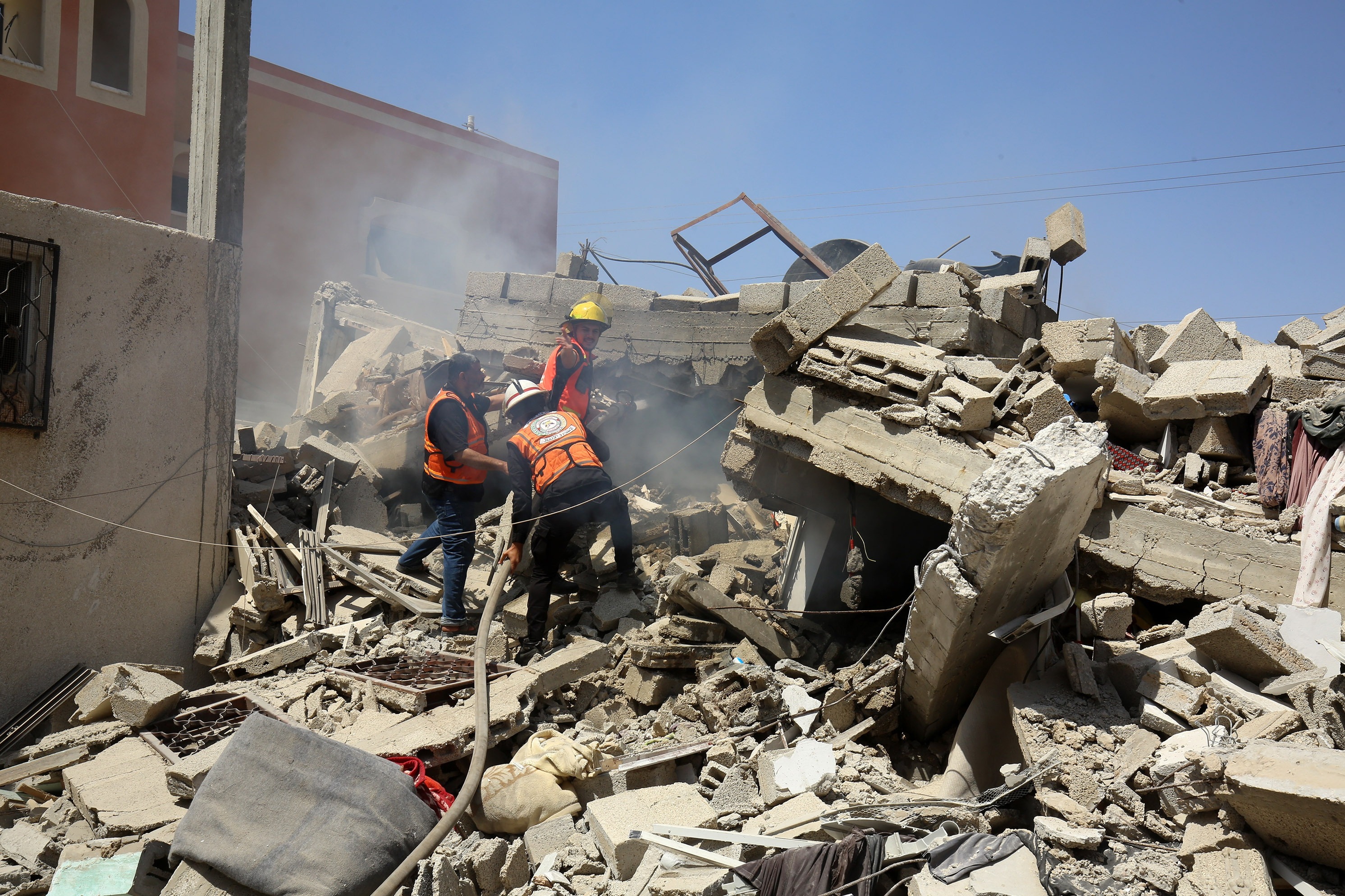 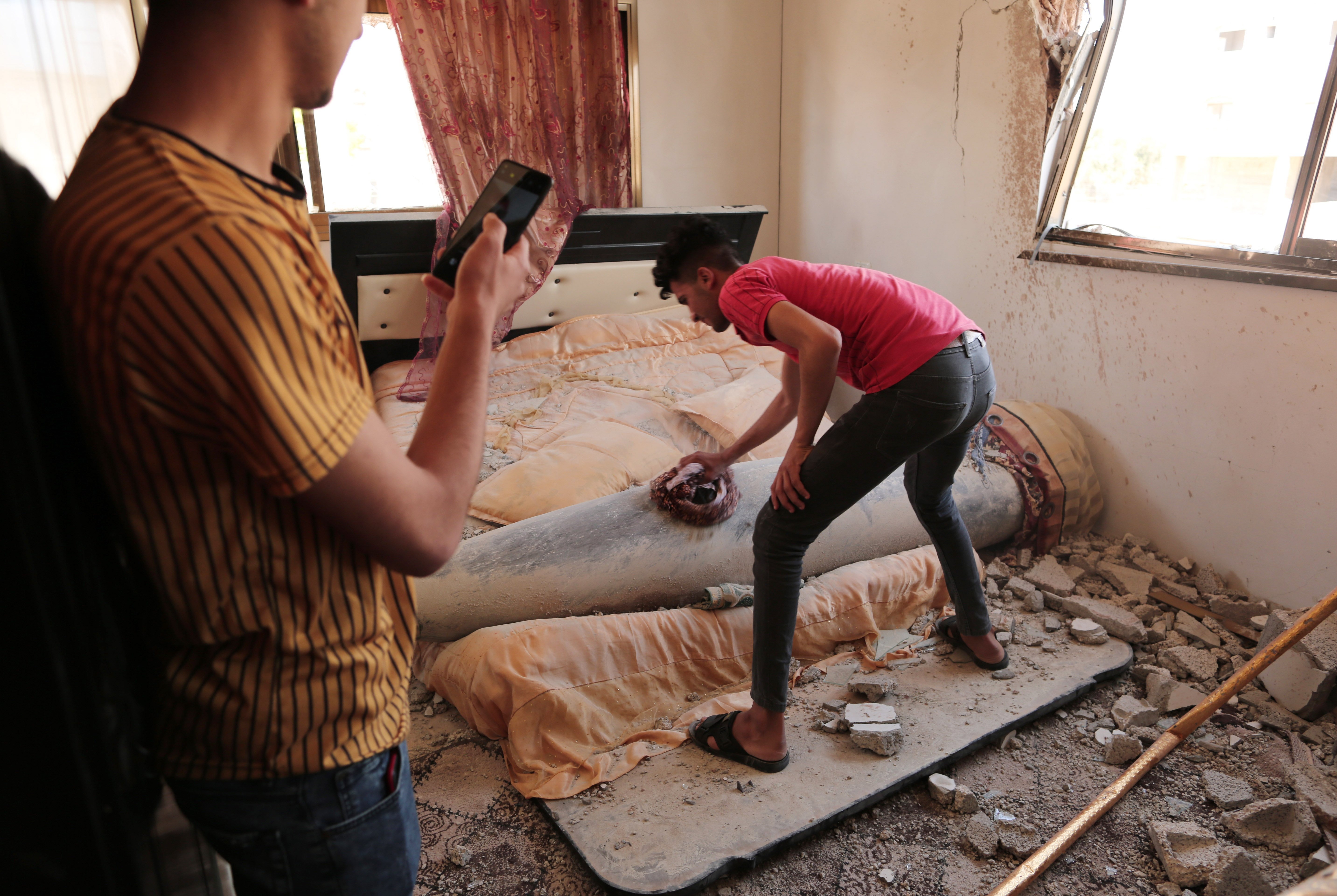 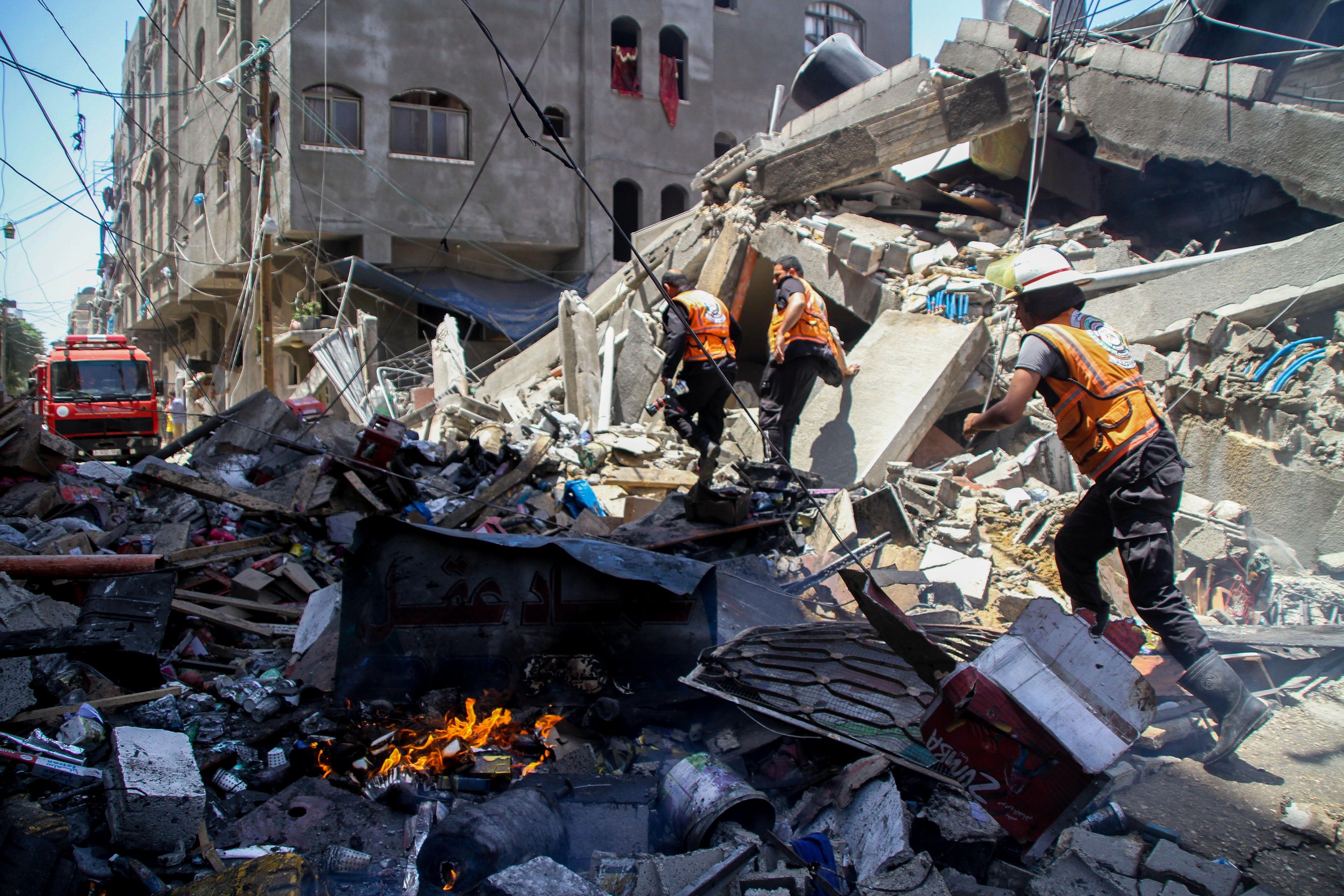 More than 52,000 people have fled their homes in Gaza, which is blockaded by Israel and Egypt.

Israelis living in areas frequently targeted by rocket fire began their workday on Thursday without the usual sound of warning sirens. But after an eight-hour break, the sirens blared again. No casualties or damage were reported.

Israel said some 4,000 rockets have been launched at it from Gaza, some falling short and others shot down by its Iron Dome air defences.

A Hamas political official, Moussa Abu Marzouk, said he believed the efforts to reach a ceasefire would succeed.

"I expect a ceasefire to be reached within a day or two, and the ceasefire will be on the basis of mutual agreement," he said.

Asked if a truce would begin on Friday, Israeli Intelligence Minister Eli Cohen told Kan public radio: "No. We are definitely seeing very significant international pressure, we will finish the operation when we decide we have attained our goals."

The International Committee of the Red Cross has urged for a ceasefire, saying that civilians "on both sides are exhausted by fear and grief".

Hamas began firing rockets on May 10 in retaliation for what it called Israeli rights abuses against Palestinians in Jerusalem during the Muslim holy month of Ramadan.

The rocket attacks followed Israeli police clashes with worshippers at al-Aqsa Mosque in Jerusalem and efforts by Israeli settlers to evict Palestinians from a neighbourhood in Israeli-annexed East Jerusalem.