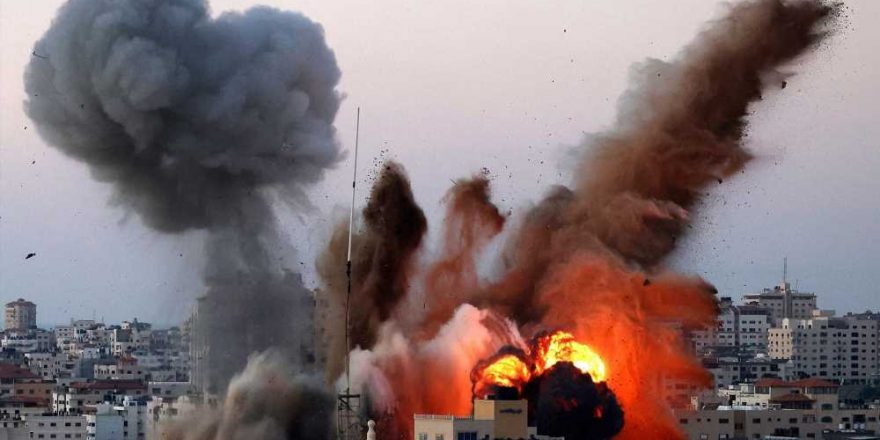 Say something, Joe! Biden pressured by all sides for response to Israel-Hamas clashes

US pulls 120 military personnel from Israel, urges Americans not to travel

Israel bombed the home of a Hamas military leader and destroyed a cyber intelligence site on Friday as part of its campaign to destroy the network of terror tunnels in the Gaza Strip.

Ayman Nepal’s house was cleared of civilians before it was leveled, according to the Jerusalem Post.

A Hamas “cyber intelligence storage cell” in northern Gaza was also wiped out by the Israel Defense Force’s elite technological unit, the C4i and Cyber Defense Directorate, and the Israeli air force, the news outlet said.

About 160 military aircraft took part in a 40-minute, coordinated assault on the tunnel network that marked the largest military strike since fighting erupted earlier this week, the Times of Israel said.

About 450 missiles were fired at 150 targets, mainly around the city of Beit Lahiya, IDF spokesperson Hidai Zilberman said.

Israeli tanks, artillery and infantry also opened fire on Hamas operatives armed with rockets and anti-tank missiles, launching more than 500 explosive shells and flares.
Zilberman described the tunnel network — which the IDF calls “the metro” — as a “strategic asset” for Hamas.

Gazans began using tunnels to smuggle goods from Egypt during the mid-1990s, according to a 2016 report in The Tower magazine by Dan Feferman, then a major in the IDF reserves.

By 2001, Hamas terrorists were employing the tunnels to plant bombs under Israeli military installations, and in 2006 emerged from one near Kibbutz Keren Shalom to ambush a tank unit.

That incident left two Israeli soldiers dead and led to the capture of Cpl. Gilad Shalit, who was held in captivity for five years before being freed in exchange for 1,027 Palestinian prisoners held by Israel.

The historic, lopsided deal marked the first time in 26 years that a captured Israeli soldier came back alive.

“We had to return home a soldier that we sent out to fight for us,” Prime Minister Benjamin Netanyahu said at the time.

In 2014, the IDF said it destroyed 32 tunnels — including 14 that crossed into Israel — during a military campaign dubbed “Operation Protective Edge.”

At the time, an IDF spokesman said the move was intended to prevent a “simultaneous, coordinated, surprise attack within Israel” by Hamas.

Hamas wanted to “pull off something they could show on television,” a senior military intelligence official added, and reportedly planned to kidnap both civilians and soldiers for use as a “bargaining chip.”

But Hamas quickly began rebuilding the underground network, with leader Sheikh Ismail Haniyeh predicting there would soon be twice as many tunnels as the Viet Cong dug during the Vietnam War.

During a 2016 sermon ahead of a funeral for seven militants killed while repairing a tunnel in northern Gaza, he said, “I tell all those who are doubtful at our resilience: Forgo this logic.”

“In east Gaza, there are heroes digging tunnels under the ground and in the West there are those testing rockets,” he said, according to Haaretz.

“The Al-Aqsa Martyrs’ Brigades are digging tunnels to defend Gaza and turn it into a launchpad for all of Palestine.”