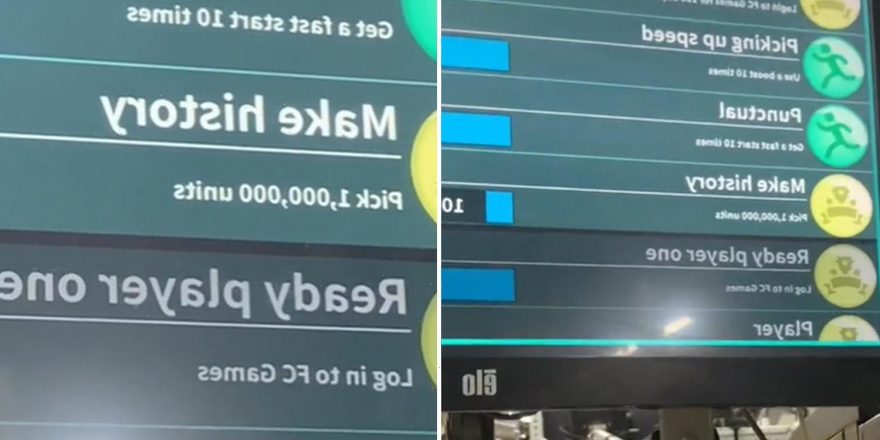 A FORMER Amazon warehouse worker has revealed the twisted “game” the company tells employees to play to speed up production, creating a “prison-like” environment.

The games were based on meeting warehouse achievements and workers were rewarded with points to redeem prizes such as Amazon T-shirts, according to the former employee’s TikTok video. 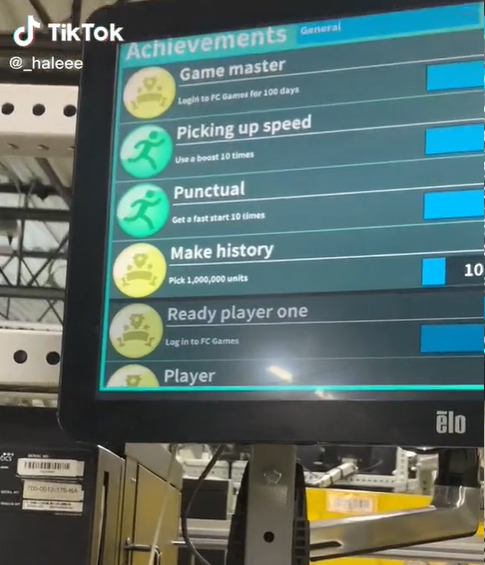 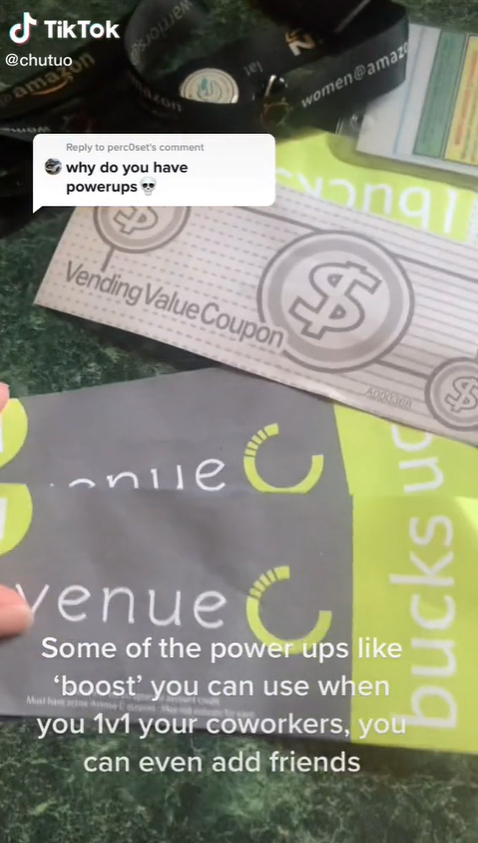 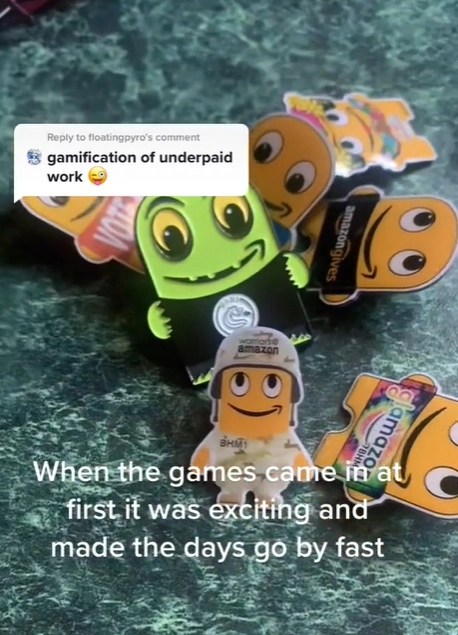 In a different video on the account, the worker said employees got power-ups like “boost” that could be used when “you 1v1 your coworkers.”

The boost was earned by “playing the games” and points were earned by scanning items in the warehouse.

The TikToker admitted that the games were exciting at first because she had to work 12-hour shifts and the competition “made the days go by fast.”

In a list of all the negatives of working at the powerhouse company, the former employee said: “Amazon: -100/10, worst job I’ve ever had, overworked, underpaid, treated like a machine. 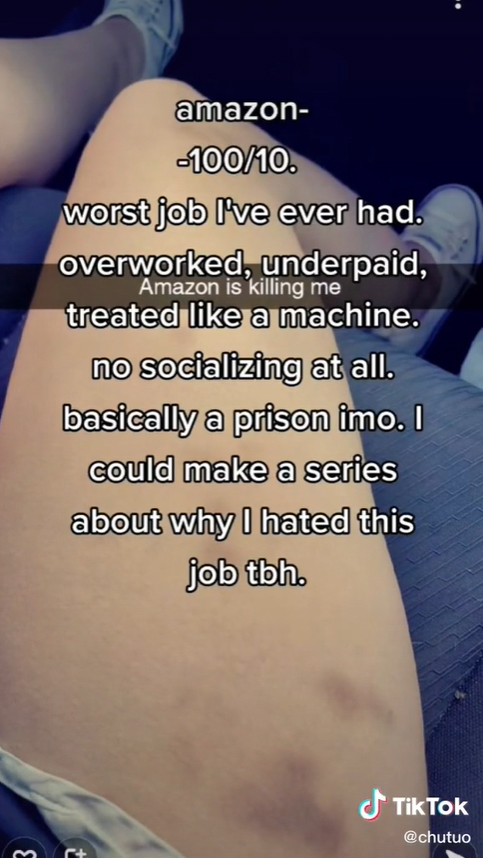 They added: “no socializing at all, basically a prison imo. I could make a series about why I hated this job tbh.”

Stepmum 'poisoned with salt by cellmates' in revenge for tragic Arthur, 6

In a statement, Amazon exclusively told The Sun: “Employees have told us they enjoy having the option to join in these workstation games, which are completely optional; they can switch in or out of different games depending on their preference, can play anonymously, or not play at all—the choice is theirs.”

The strange game in the latest in a string of claims made about the grueling working conditions at Amazon's warehouses.

In 2017, an investigation found bone-weary workers reportedly have just nine seconds to process a package during the long-hours at the online store warehouse.

'FALL ASLEEP ON THEIR FEET'

It was claimed that employees are suffering panic attacks and fall asleep on their feet as they struggle to keep up with demand.

One former Amazon employee spoke to The Sun about “slave-like” conditions, “mental targets” and “pressure not to take bathroom breaks” — all to ensure parcels arrive on time.

Olivia — not her real name — vows she will never order from the online retailer again after eight months of grueling shifts earning less than $13 an hour as an order picker.

She worked in a 9ft-long workstation, which she referred to as “a cage”, and had a computer screen that showed how many items she had packed.

She claims the workers’ every move was watched by cameras — and “power-tripping” human monitors “loved” telling them off, especially if their performance ratings dropped.

The revelation also comes after shocking footage shows the moment that the worker rifled through the parcels in the back of his van in Newent, Gloucestershire.

Customer Caz Brown was horrified to catch the delivery man red-handed slicing the parcels open when he thought no one was looking last week.

Caz, 35, spotted the driver for the online retailer parked outside of her house opening the parcels while sitting in the driver’s seat.

Her video shows the driver reaching over to the passenger seat and grabbing a small box.

He then appears to open the box and looks at the contents before sliding it back into the packaging.

The driver then puts the package that he opened back onto the passenger seat as more packaging can be seen in the footwell area.

The clip then ends after he puts his key back in the ignition and drives off.