HUNDREDS of fighters are reported to have died in bloody battles between the "Lion of Panjshir" resistance fighters and the Taliban as the terrorists attacked last free stronghold in Afghanistan.

Heavy fighting has been reported around the Panjshir Valley – an area just 80 miles north of Kabul that is regarded as an impenetrable natural fortress. 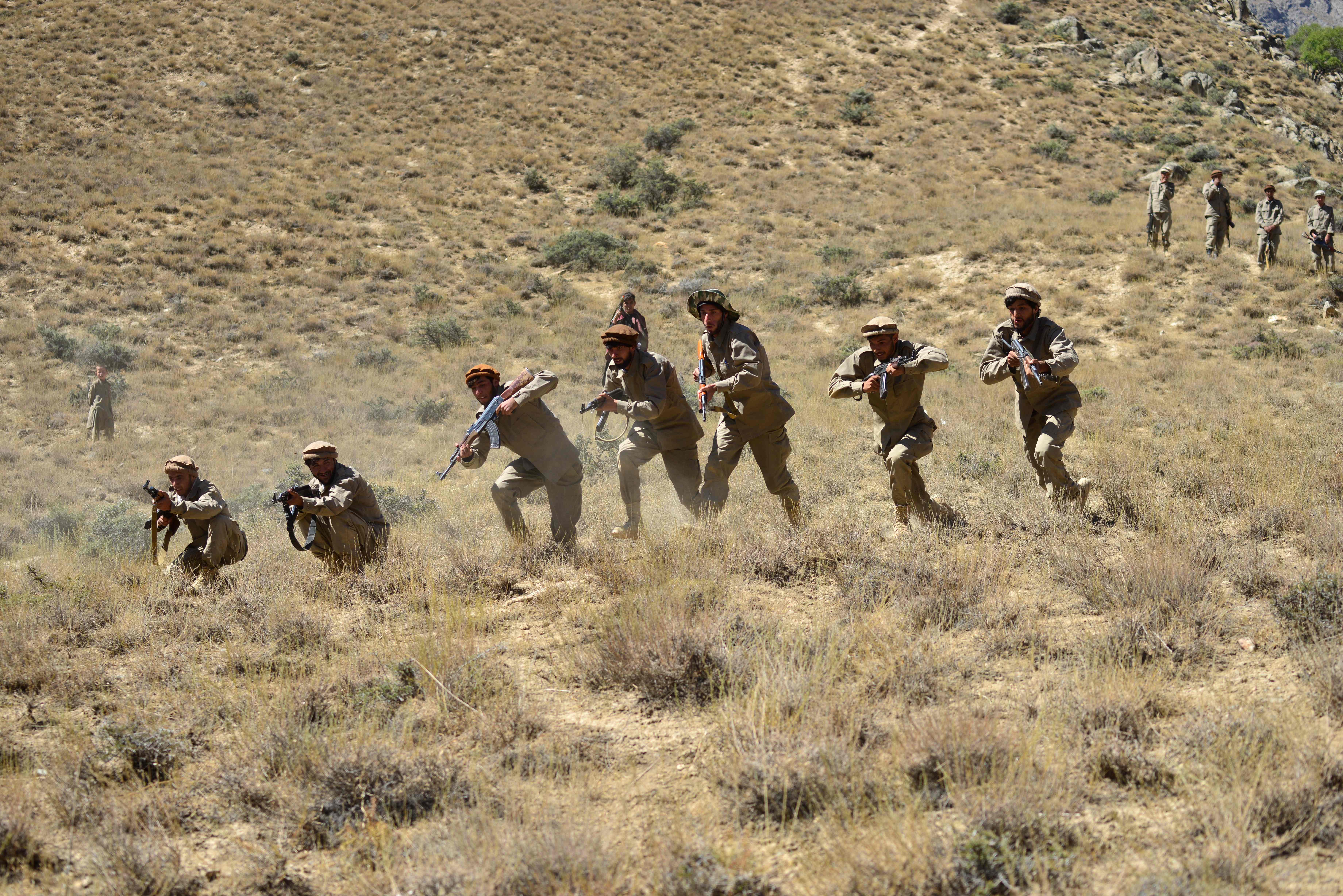 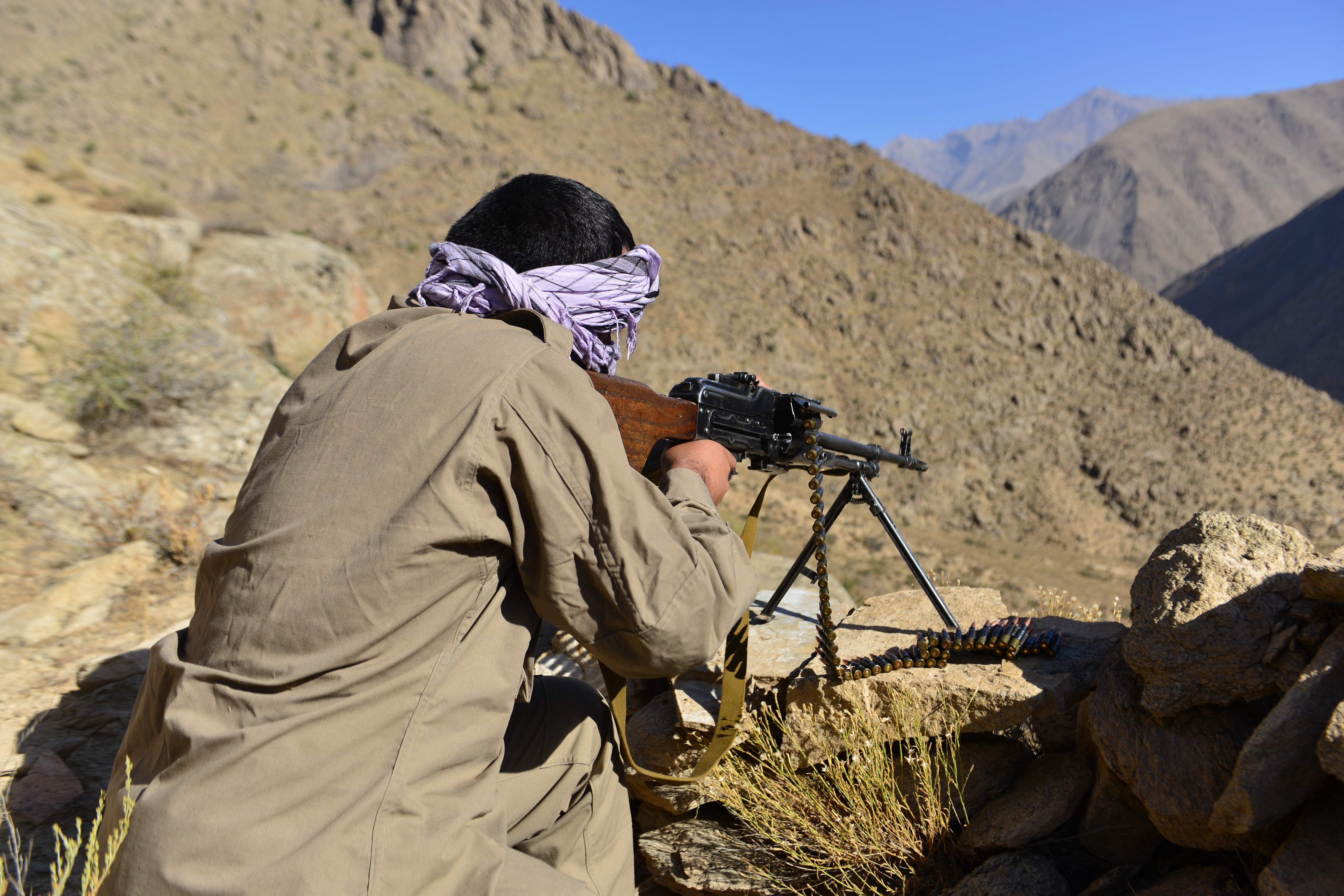 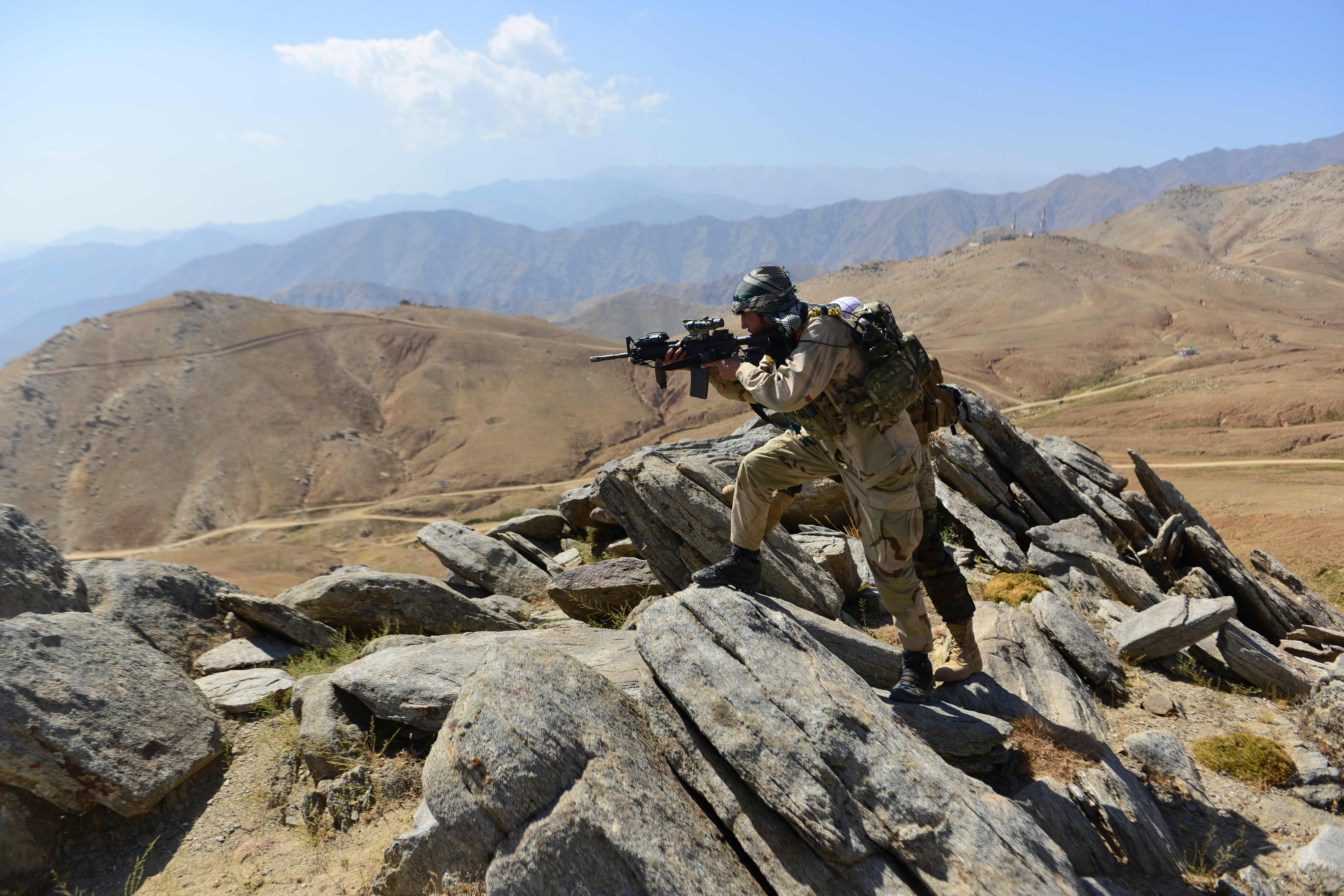 Casualty numbers remain uncertain on both sides – but it has been reported that the death toll is now in the hundreds as the bloodshed continues.

Resistance forces – officially titled the National Resistance Front (NRF) -have vowed to never surrender and fight to the last man as the Taliban attempt to take control of the last free bastion in Afghanistan.

Taliban officials had claimed the area had fallen – sparking wild celebrations in Kabul that left 17 people dead as fighters stupidly fired their guns into the air.

However, resistance sources have denied this and the valley is understood to still be standing against the Taliban.

The stronghold – which is protected by mountains – is said to be hanging in the balance.

Around 200,000 people live in the region which has never been conquered before – with fighters holding out in the area beating back in the Soviets in the 80s and the Taliban in the 90s.

Resistance fighters in Panjshir are understood to be local tribesmen who are fighting alongside former Afghan soldiers and police, including Western-trained commandos and special forces.

And the force has stockpiled military equipment including tanks, helicopters, artillery guns and trucks as they prepare for a potentially long siege.

However, they are facing a Taliban who is armed with a massive multi-billion dollar arsenal of US weapons as the terrorists seized hundreds of thousands of pieces of equipment that had been left behind.

The resistance are known as the "Lions of Panjshir" as they are in part led by Ahmad Massoud, the son of a legendary freedom fighter known as "The Lion" of defended the valley in the 80s and 90s.

The narrow valley is still littered with the remnants of armoured vehicles – echoes of the unsuccessful attacks launched by the Russians.

And along with them is Amrullah Saleh, the former vice president of Afghanistan, who declared himself the country's rightful leader as decreed by the constitution.

"There is no doubt we are in a difficult situation. We are under invasion by the Taliban," he said in a video message to the BBC.

He added: "We will not surrender, we are standing for Afghanistan."

Saleh also denied Taliban claims that he had fled the country, and accused Pakistan of helping to support the terrorist forces – something firmly denied by Islamabad. 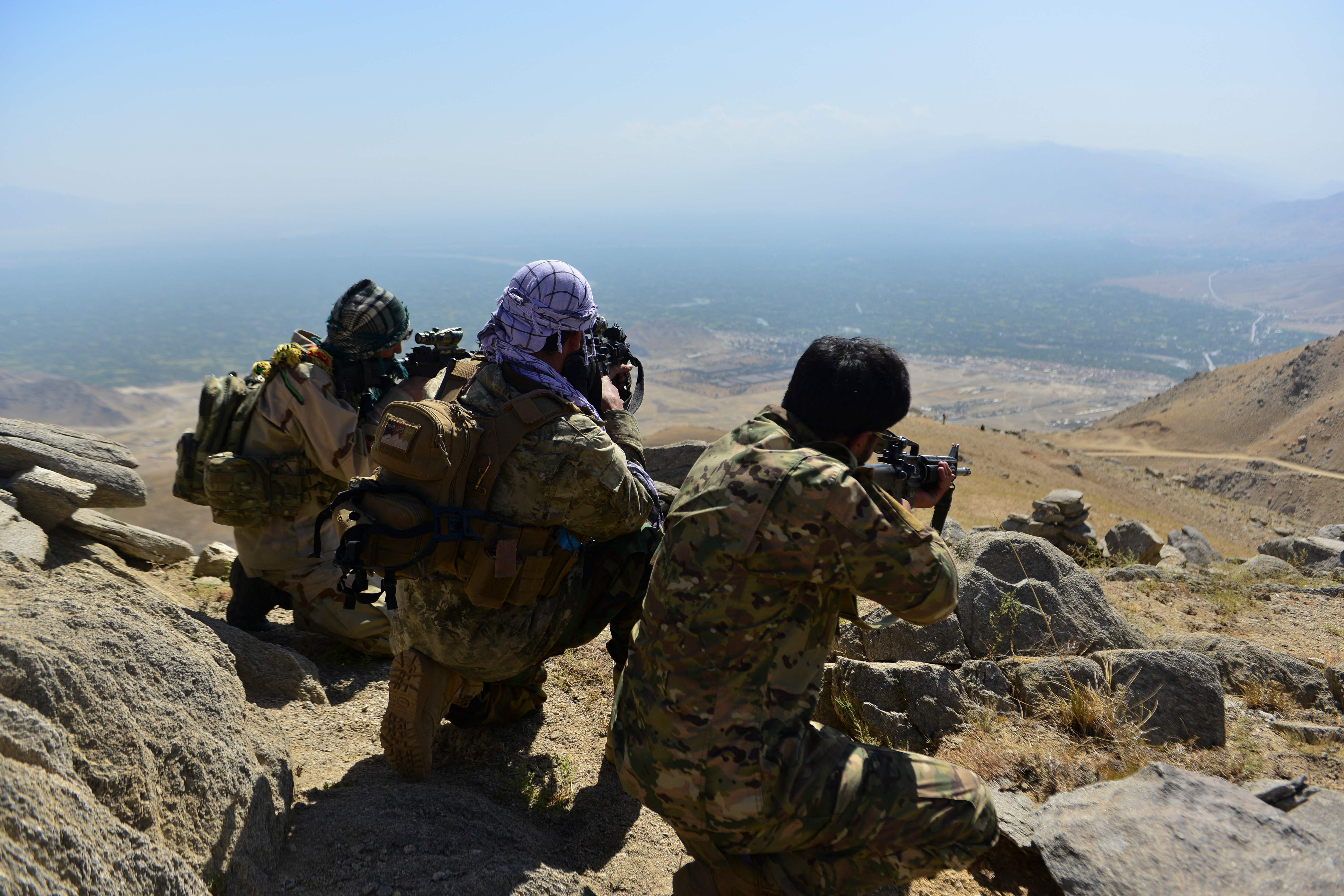 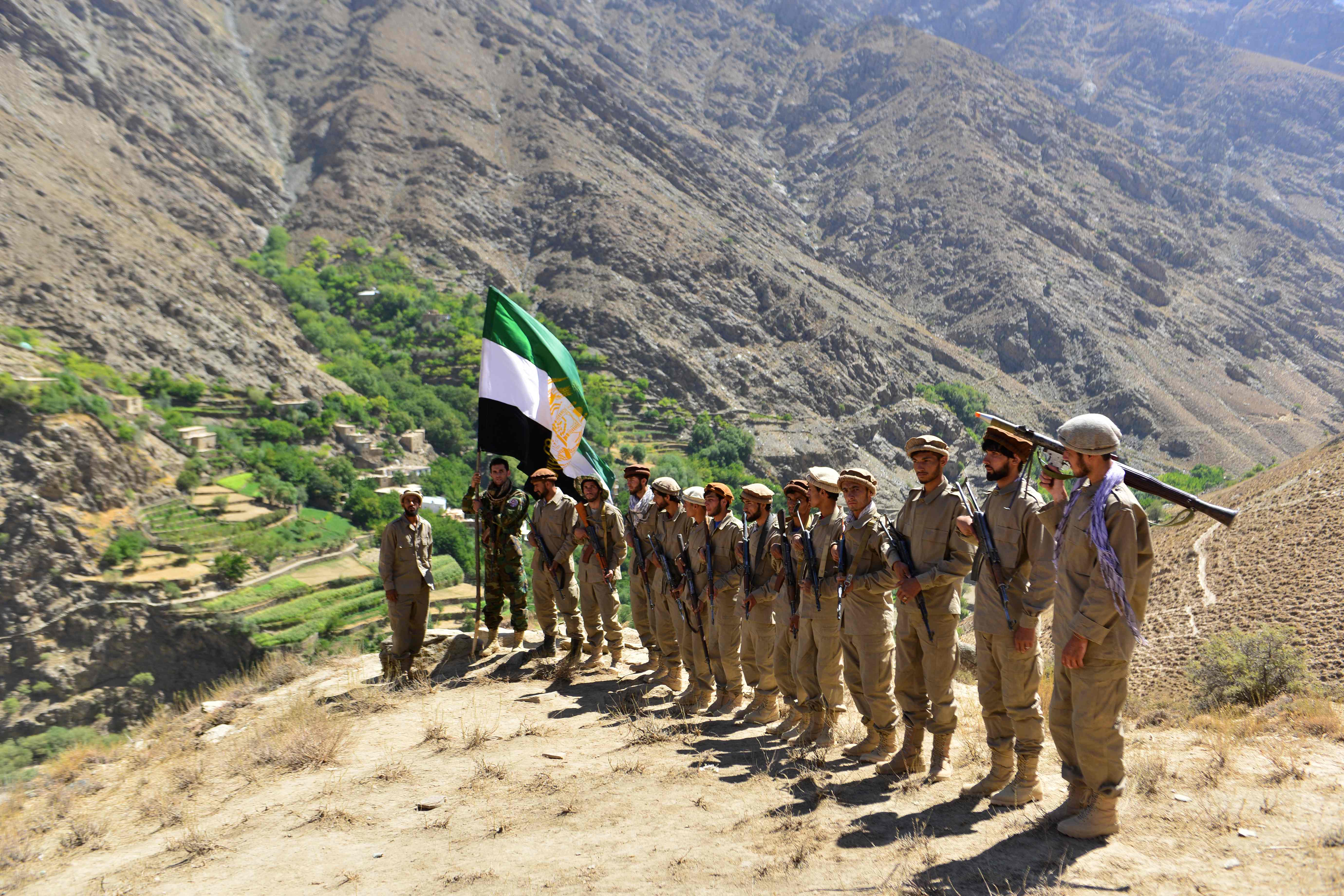 "The resistance is continuing and will continue," he added.

Resistance officials claim the Taliban are now on the back foot, with several hundred fighters currently trapped and running out of munitions.

And the militia are fighting under the white, green and black flag of the Northern Alliance, a resistance movement which stood against the Taliban in the 90s.

Saleh has raged against the West's "betrayal" of Afghanistan as the sudden and muddled withdrawal by US forces is widely credited with allowing the Taliban to surge back to power once again.

British, American and other allied forces defeated the Taliban in 2001 after they allegedly harboured al-Qaeda terrorists who plotted the World Trade Centre attacks on 9/11.

Western nations have spent 20 years trying to rebuild Afghanistan as a new democratic government was installed and brutal laws enacted by the Taliban were ended.

However, the occupation was under constant attack from terrorist forces – and US President Joe Biden had declared his desire to end so-called "forever wars".

Some 20 years of work was undone in a matter of weeks as the Taliban surged back to power – sometimes unopposed – and recaptured Kabul as Western forces boarded evacuation planes. 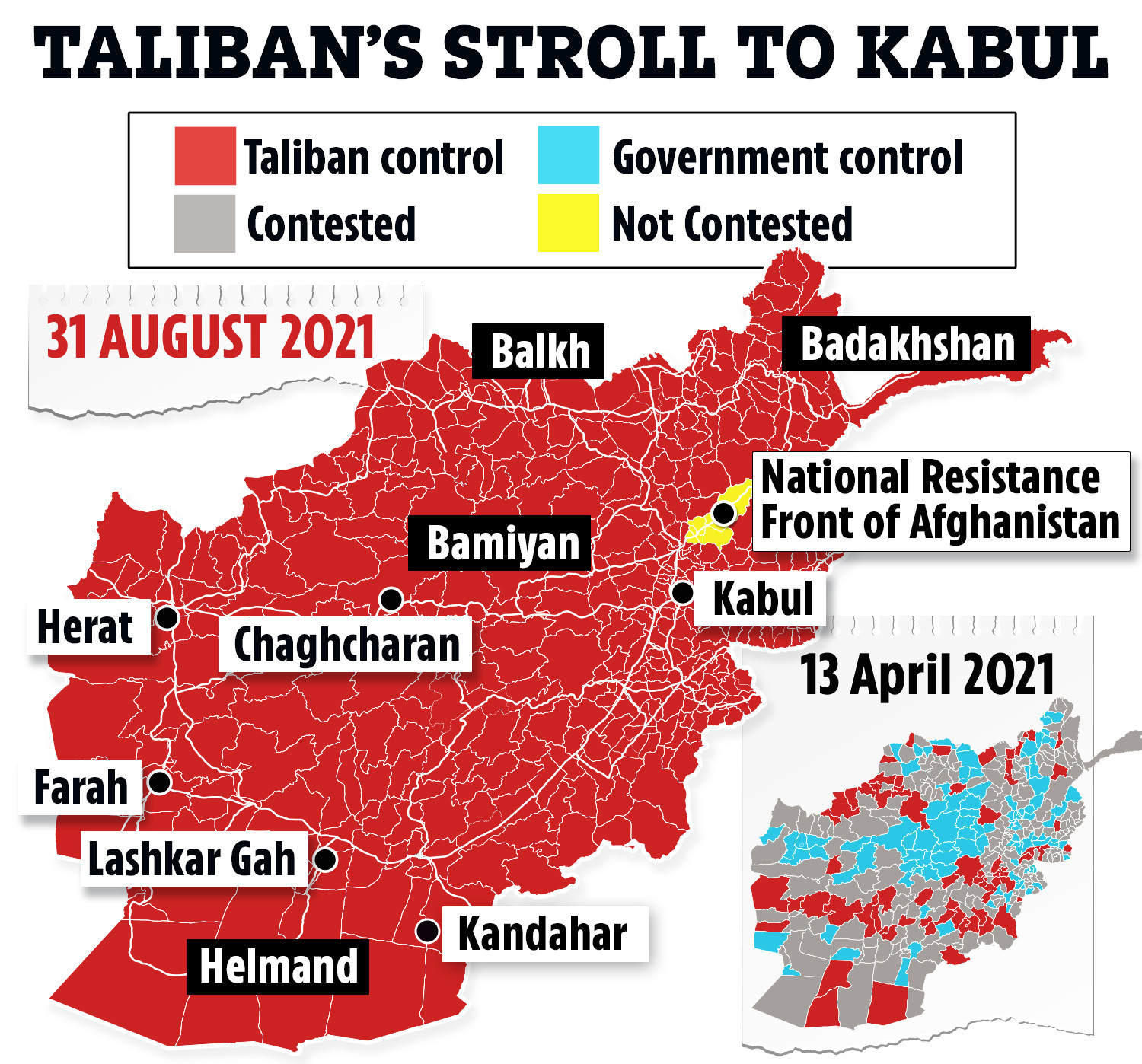 "The fighting here is heavy now, with casualties on both sides. The Taliban are using American munitions against us and Blackhawk helicopters are being flown in to reinforce their attacks," Saleh wrote in the Daily Mail.

He went on: "The betrayal of Afghanistan by the West is colossal.

"The scenes at Kabul airport in recent days represented the humiliation of humanity, an embarrassment for any nation that has been involved in Afghanistan since the Taliban were routed by the US-led Coalition Force in the aftermath of the 9/11 atrocity."

Saleh added: "This is not only shameful for President Biden, it is shameful for the whole of Western civilisation."

The group however appears to be attempting to present a more modern face with a slick PR operation – including an appearance Good Morning Britain – and promises of an "amnesty" for their enemies.

But reports of door-to-door killings are widespread – with any allies of the West particularly at risk.

Foreign secretary Dominic Raab today that Britain will not be recognising the Taliban as Afghanistan's government "for the foreseeable future".

He said the Western world needed to "adjust to the new reality" that the brutal insurgents have captured the country and are now in charge.

The Cabinet Minister told reporters: "We will not be recognising the Taliban anytime in the foreseeable future.

"But I think there is an important scope for engagement and dialogue."