Home » World News » How to protect elderly Australians: an ombudsman, a watchdog, a commissioner and a police unit

How to protect elderly Australians: an ombudsman, a watchdog, a commissioner and a police unit

Older Australians should be protected by an independent aged care ombudsman, a complaints watchdog, a commissioner for Older People and a new special police unit to investigate elder abuse.

These are just some of the recommendations to protect older Australians from neglect, abuse and poor quality care contained in submissions on the future governance of the aged care sector.

Released on Friday by the Royal Commission into Aged Care Quality and Safety, many address a power imbalance between providers and consumers.

Most were critical of the Aged Care Safety and Quality Commission (ACSQC), which is an agency within the Department of Health's portfolio. They said it was too close to industry, toothless and had conflicting priorities.

Senior counsel assisting the commission Peter Rozen, QC, raised concerns in hearings in August about whether its powers of investigation were adequate, especially compared to other industry regulators. For example, ACSQC's officers may only enter an aged care facility with the provider’s consent, which can withdrawn without reason.

In her submission, long-time consumer advocate Heather Mansell Brown said providers and government departments had "turned a deaf ear on consumers when time and time again abuse of residents has been brought to the attention of the authorities."

27,206: Total cases across Australia in all age groups

897: Total deaths across Australia in all groups

She heard hundreds of cases of heart-breaking treatment of loved family members placed in care. "The dire situation of age care must be intensely reviewed without the input of providers, or anyone who has a financial interest," she wrote in her submission.

Professor Eagar, from the Australian Health Services Research Institute at the University of Wollongong, said "consumers must feel confident that their complaint is being handled by someone who has no perceived or actual conflict of interest".

She told the Herald that an Aged Care Complaints Commissioner or an Ombudsman would need to have an unambiguous obligation to complainants to impartially investigate a complaint. 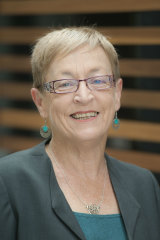 Professor Kathy Eager made submissions to the aged care inquriy.

The Council on the Ageing (COTA) called for a new Aged Care Act that would embed the rights of consumers, and allow Australians to choose the care they want.

"Aged care has operated in ways that are antithetical to having active and informed customers," says COTA's submission. "It has been an opaque system, complex to understand, difficult to navigate, and with most of the power in the hands of providers."

The Combined Pensioners and Superannuants Association of NSW Inc also backed an Aged Care Consumer Commissioner – "one to whom the interests of consumers is paramount" – to effectively manage the aged care system day to day.

It said the existing compliance system administered by the ACQSC was not set up to produce information for the benefit of the consumer. "It is geared to maintaining
the minimum level of compliance rather than raising it."

It only awarded a single rating for compliant services, and it offered no less than three ratings for non-compliance. "A consumer faced with having to choose which service to enter is interested in how a good a service is, not how bad."

University of Technology Sydney business school expert Dr Marie dela Rama recommended the establishment of an Aged Care Industry Ombudsman and an elder abuse unit within the Australian Federal Police with powers to investigate, intervene and bring criminal prosecutions against a provider.

"ACQSC is not independent, favouring industry interests over community interests. Its
behaviour throughout this COVID period – promoting provider interests through PR – show how
captured it is by the industry it is supposed to regulate," said Professor dela Rama.