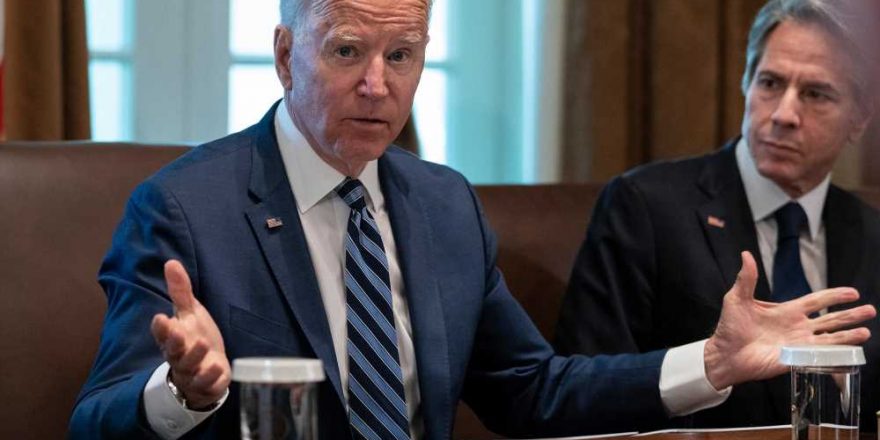 11 million? Try 35 million: US tally of illegals is deeply flawed

H​ouse Republicans​ slammed President Biden and Democratic lawmakers for provoking the crisis at the southern US border — as the administration reportedly is prepared to roll back another of former President Donald Trump’s immigration policies, a move that the administration admits will exacerbate the problem.

Republicans on the House Oversight and Judiciary Committees​ on Tuesday released a report ​– obtained by Fox News — that blame​s​ Biden for sparking the chaos at the border and House Democrats for ignoring “repeated warnings from Republicans to the detriment of our safety, health and the rule of law.”

“After bold steps taken by President Trump stemmed the flow of illegal migrants coming to the United States, the Biden administration has not only reversed course on measures seeking to stop the influx of border crossings but has instituted permissive policies and incentivized immigration through non-legal channels,” ​the report says.

“While this crisis rages on in real time, Democrats have no plan – and apparently no intention – of acting to stop the Biden border crisis,” it says.

The Biden White House is also warning border agents to prepare for a new influx of migrants because it is ​planning on ending Title 42, the law used by the Trump administration to refuse entry to immigrants suffering from the coronavirus, the Washington Free Beacon reported, citing a senior federal official.

Homeland Security officials alerted staff that once the policy is rescinded, they would have to process up to 1,200 family units a day.

​”Border Patrol agents, Immigration and Customs Enforcement agents and customs officers are stretched thin trying to protect and secure our border,”​ the official​ told the newspaper​.

The developments come ​as Customs and Border Protection said its agents encountered nearly 188,829 migrants at the Mexican border in June — an increase from the 180,034 encountered in May.

​The numbers show a dramatic spike since Biden took office in January, when there were 78,442 encounters. ​​​

People in the Northern Triangle countries ​- Guatemala, El Salvador and Honduras ​- have ​treated the Biden administration’s ditching Trump’s border policies as an invitation to come to the US.

The House Republicans said the scrapping of the “Remain in Mexico” policy that calls for immigrants to wait out their asylum claims in their home countries, the halt to border wall construction and support for the Obama-era Deferred Action for Childhood Arrivals are the real “root causes” of the immigration crisis.

A DHS official told the Free Beacon that ending those programs has destroyed morale in the department, leaving many staffers resigned to preparing for a humanitarian crisis.

“All of these people will become permanent residents. There’s no political will from the Biden administration to deport families once they’re already admitted. The White House knows that,” a DHS official said. “The end of Title 42 will result in de facto open borders.”

The Biden administration said it is working with Central American countries on the “root causes” of immigration like rising violence, climate change, natural disasters and poverty.

But the Republicans dismiss the “root causes” argument as a “smokescreen for incompetence.”

The GOP report also blasted Biden’s administration for wanting to invest $4 billion in the Central American countries to combat migration at the source.

“Sending additional taxpayer money to Central American countries as a solution to the border crisis does not address the underlying issues fueling the crisis,” the report says.

“Moreover, the countries identified as potential recipients include some of the most corrupt countries in the world, with El Salvador and Guatemala ranking in the top ten,” it says.

​”In just six months, President Biden has ignited the worst crisis at the border in decades. Starting on day one in office, President Biden in both word and action has put illegal immigrants first and Americans last through his radical open borders agenda,” Oversight Committee ranking member Rep. James Comer, R-Ky., said in a statement, Fox News reported.