Hilarious moment dog can't work out how to eat a noodle

An owner thought he would spice up his pet dog’s mealtime by offering her noodles instead of her same mundane dinner.

But when Honey is presented with a single piece of noodle held between the owner’s hands, footage shows her looking totally baffled.

In the YouTube clip posted from Syracuse, Utah, Honey can be seen eyeing up the foot-long pasta with suspicion.

Understandably, you would expect Honey would be a tad confused to see the noodle being outstretched in front of her.

Her normal treats are usually dangled in front of her to snap up.

Working out what to do with it, she begins by closing in on the noodle inspecting the full length and breadth of it from left to right.

Weary of the strange looking object being presented to her, the canine, who belongs to a Salt Lake City musician, barks as she shuffles away.

Taking it in turns, the voice of a man and woman can be heard in the clip trying to encourage the pooch to eat the noodle. 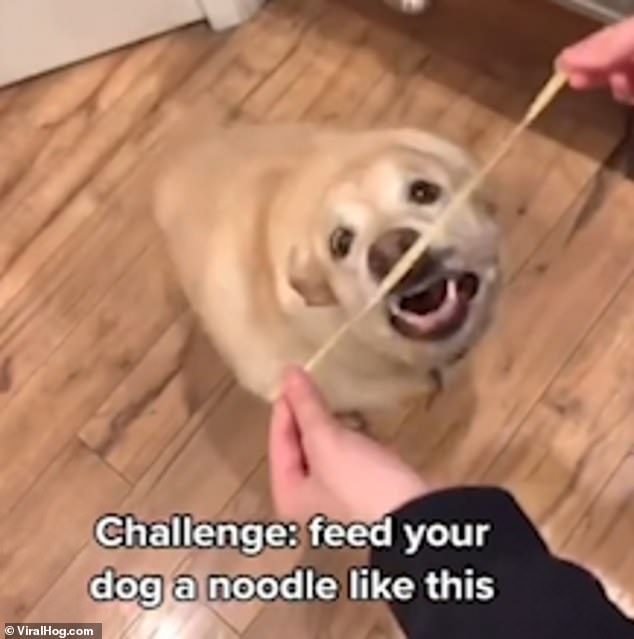 Sceptical, Honey again moves forward towards the food offering, and this time tentatively begins licking it.

Not entirely convinced she’s got the hang of it, frustrated Honey has another bash and clamps her jaw down on the stringy noodle.

But it simply slips through the incisors and into a gap leaving the noodle still intact. 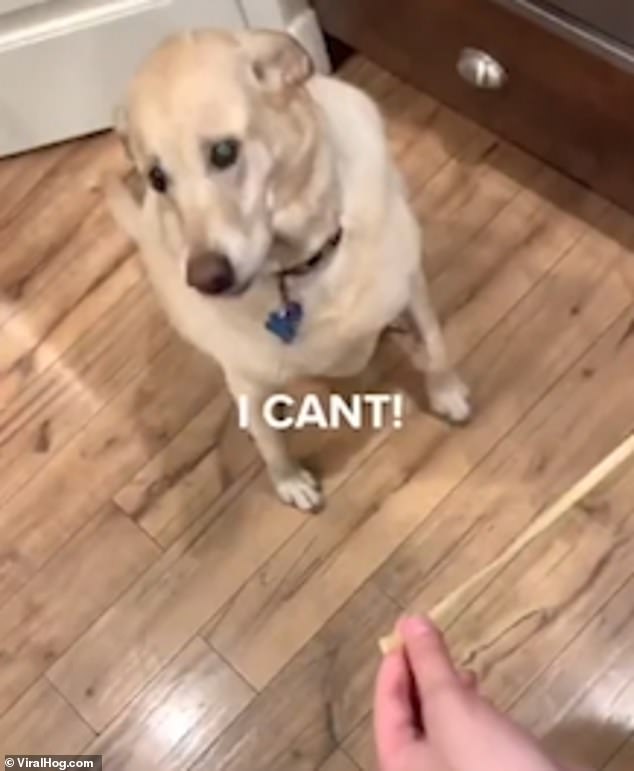 Oh I give up!: The canine is no longer interested in the noodle being offered to her and looks away

The look on Honey’s face is just hilarious and she looks like she’s pasta caring about dinner.

Dogs love getting involved with human food but it’s not always good for them.

But experts say plain cooked pasta like penne makes a great treat for the four-legged animals as long as they don’t have a gluten or wheat allergy,