Hertz (HTZ) is turning up the wattage on its push to have a mostly electric rental car fleet.

The company said Monday it will purchase 65,000 electric vehicles from upstart Tesla rival Polestar. Mostly consisting of the sporty Polestar 2 sedan, the purchases will occur over five years. Availability is slated to begin in the spring in Europe and later this year in North America and Australia.

“Today’s partnership with Polestar further builds on our ambition to become a leading participant in the modern mobility ecosystem and doing so as an environmentally-forward company. By working with EV industry leaders like Polestar, we can help accelerate the adoption of electrification while providing renters, corporate customers and rideshare partners a premium EV product, exceptional experience and lower carbon footprint," Hertz CEO Stephen Scherr said.

The Polestar deal comes hot on the heels of one inked late last year with Tesla.

Hertz said in October it had ordered 100,000 Tesla Model 3s, expected to be delivered late in 2022. The company is anticipating renting out 50,000 of those cars to Uber to support its network. 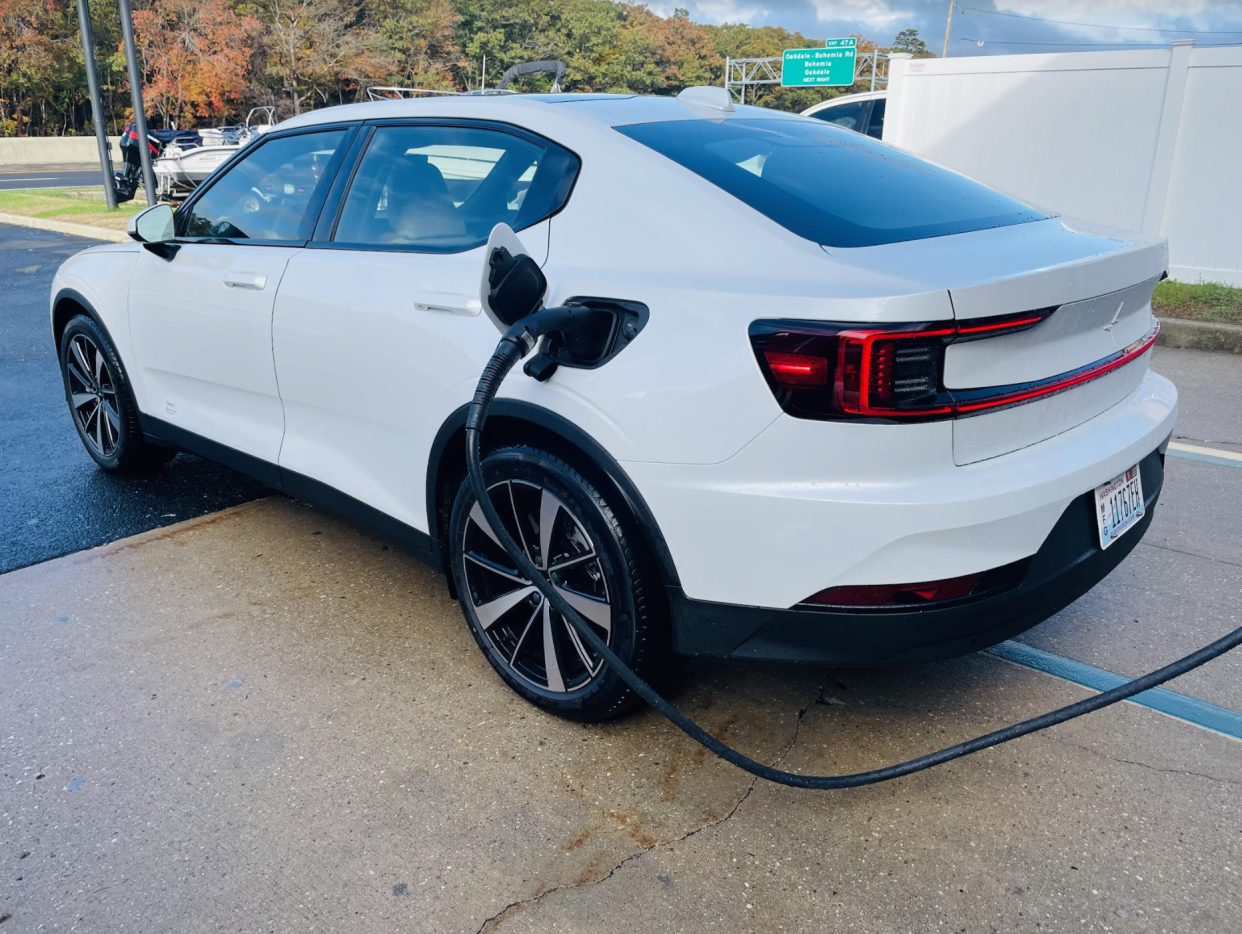 "So we are starting a great relationship with Tesla. We are also ready to partner with many other manufacturers to extend our lead in the adoptions of electric vehicles," former Hertz interim CEO Mark Fields said on Yahoo Finance Live in November.

The EV focus by Hertz will be crucial to keeping investors engaged in its turnaround story under new CEO Scherr, who started on Feb. 28 after spending decades at Goldman Sachs in top executive positions.

Hertz returned to public markets in early November following a much publicized bankruptcy, after raising $1.3 billion in IPO. Hertz sold 44.52 million shares at $29 each. It had expected to sell 37.1 million shares in a range of $25 to $29, per its prospectus. The pricing valued Hertz — which exited a high-profile bankruptcy in June — at $13.7 billion.

Shares are currently trading around $21, giving it a market cap of more than $9 billion.

To be sure, the deal is another win for Polestar, which is in the process of merging with a SPAC dubbed Gores Guggenheim.

Polestar is expected to debut on public markets in the second quarter of 2022.

Brian Sozzi is an editor-at-large and anchor at Yahoo Finance. Follow Sozzi on Twitter @BrianSozzi and on LinkedIn.