Here's why Miranda has gray hair in the 'SATC' reboot

Miranda Hobbes was always known for her signature red hair (along with her devotion to work, cynical views on relationships and love for chocolate cake).

So, when photos surfaced from the set of HBO Max's new "Sex and the City" reboot, "And Just Like That…," some fans were surprised to see Cynthia Nixon rocking a sleek silver bob. 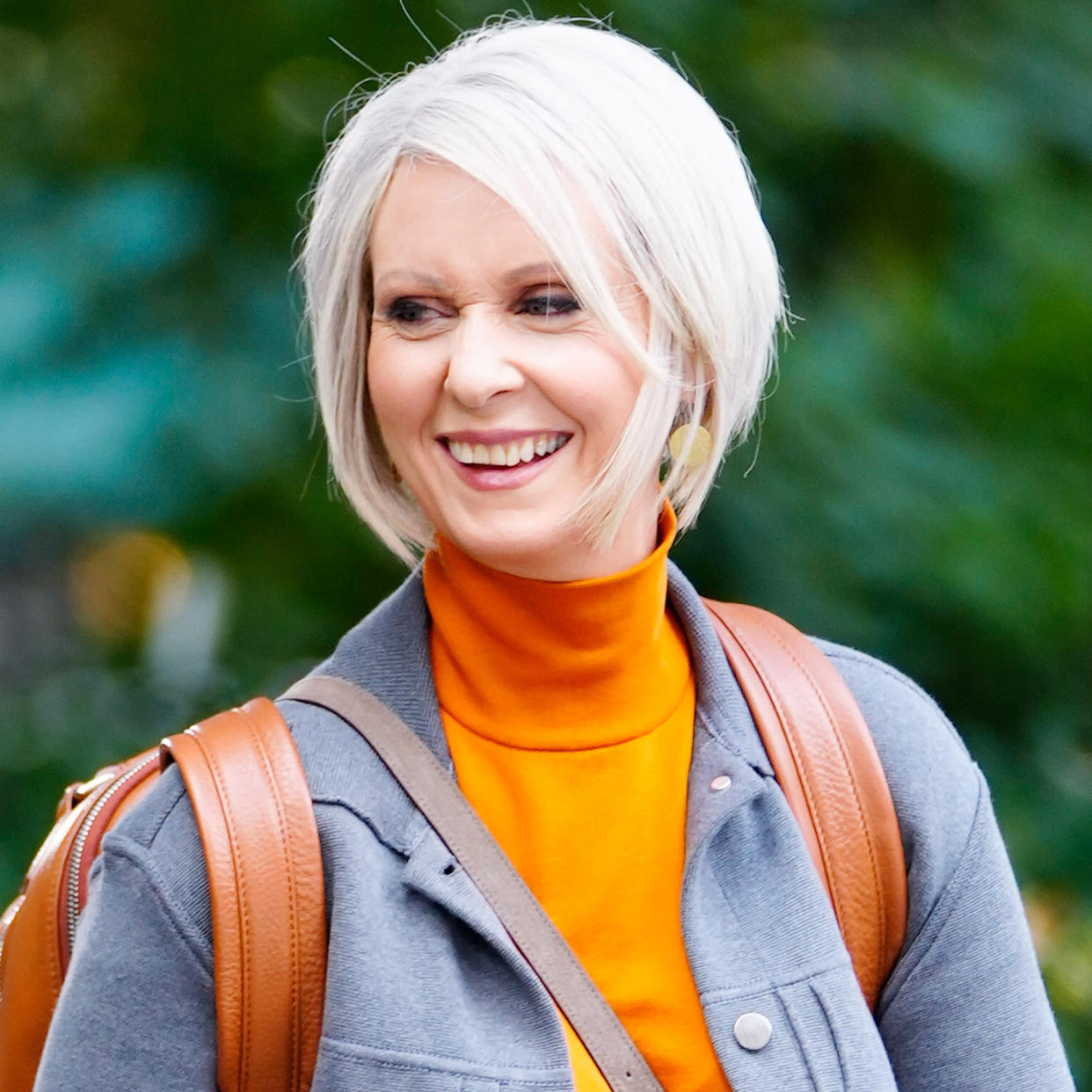 In the first episode of the new series, released Thursday, Miranda addresses her new look while talking about going back to school for her master's degree in human rights.

Why does Miranda have gray hair?

Charlotte asks Miranda if she plans to dye her hair back to red, telling her, "I just think the gray ages you."

"You look great gray, but I miss the red. And I just thought it might be fun for the start of school," Charlotte adds.

Miranda shuts down the suggestion.

"Charlotte, I'm getting a master's in human rights to pair with my law degree, so hopefully I can become an advocate for women who need one," Miranda says. "I don't have to be a spicy redhead to do that."

"I mean, we can't just stay who we were, right?" she asks. "And there are more important issues in the world than trying to look young." 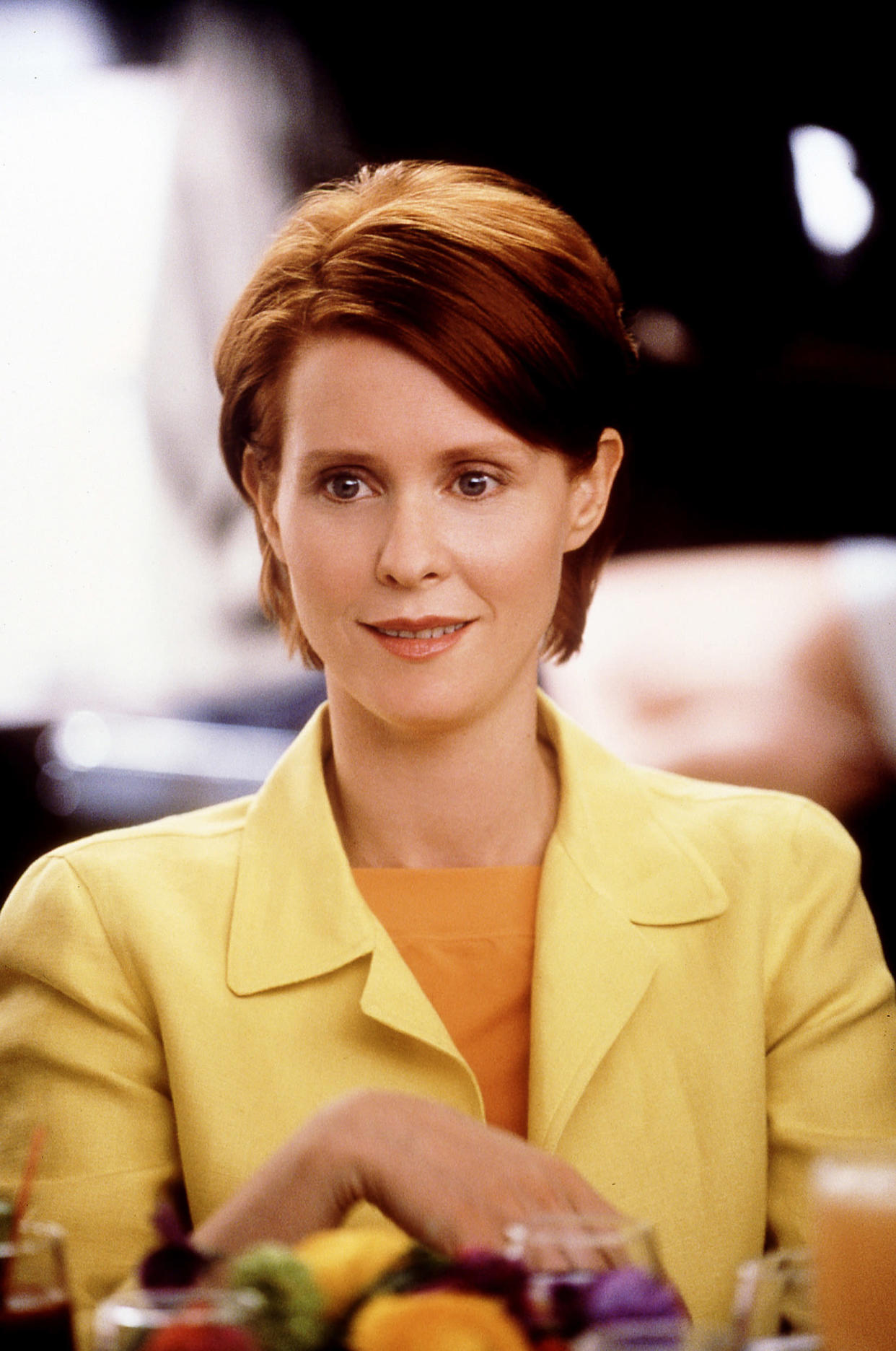 Embracing gray roots has become a trend since the COVID-19 pandemic began, forcing many women to skip their salon appointments. And celebrities have been part of the movement too.

Queen Letizia of Spain recently showed she was letting her gray grow out during a state visit to Stockholm. And Andie MacDowell called herself a "silver fox" during a visit to "The Drew Barrymore Show" in February.

“It’s not fair that women are called ‘granny’ or ‘old’ with natural hair,” MacDowell's colorist, Jack Martin, told the New York Times in September. “This is just propaganda and a myth we brought on ourselves.”

"Mom" star Allison Janney called her gray hair her "most authentic" look during an interview with Ellen DeGeneres earlier this year. "I cannot tell you how amazing it is to feel free."

And Tia Mowry, who has embraced the natural look, told TODAY last year, "I'm not about hiding who I am. I'm all about wanting to change the narrative that people think they need to be perfect. Growing older is a blessing."