Headteacher fears a child will be abducted in 'red light district'

A child will be abducted near Britain’s first official ‘red light district’, a headteacher fears, after it emerged pupils as young as 13 have been pestered for sex.

Leeds’ Managed Approach zone, where used condoms and needles litter the streets, allows sex workers to operate without fear of being prosecuted.

A man followed and grabbed a petrified girl in the area in Holbeck and told her: ‘I like you’, before asking if she was ‘open for business’.

Pupils from The Ruth Gorse Academy need to walk through the area to get to school and now their headteacher has expressed fears about the children’s safety. 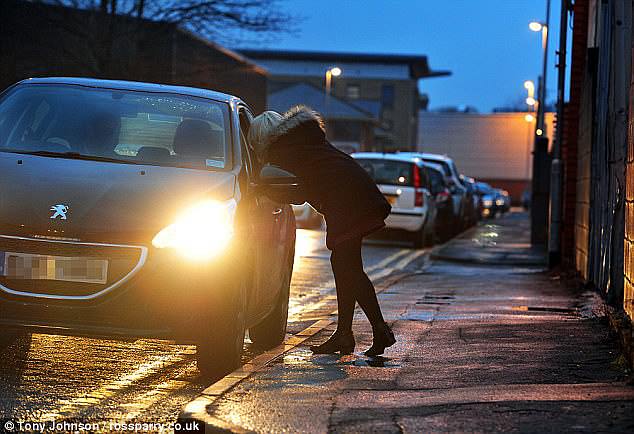 Leeds’ Managed Approach zone, where used condoms and needles litter the streets, allows sex workers to operate without fear of being prosecuted

Ben Mallinson told the BBC: ‘There was extensive evidence of drugs and alcohol misuse, and experiencing that every day takes its toll on a young person’s mental health and wellbeing.

‘Students should be free from harm and be able to travel to and from school without being worried for their own safety and that of their peers.’

The girl who was approached added: ‘It will happen to other children probably just as it happened to me and as long as the zone is there it will carry on happening.’

She said: ‘We’ve made an ongoing commitment to listen very closely to the issues and concerns which have been raised from local residents, businesses and all stakeholders regarding the Managed Approach.

‘We would again ask anyone who has any concerns in the community to please contact us so we can discuss and address any issues raised.

‘We are absolutely determined to ensure with partners that we continue to evolve all areas of our strategic and operational work so all aspects of on-street sex work can be significantly reduced on the local community and lives of residents, including young people.

‘Our assurance to the people of Holbeck is that we are ready and willing to take any steps that are required to make improvements and that the issue of safeguarding continues to be of the highest priority to us and is at the heart of our strategy and work.

‘We continue to engage with groups and organisations in the area when necessary or on request, and this includes on any specific safeguarding issues that they have.

‘We are always open to a conversation or meeting in person to discuss any matter of this type and our approach to protect and safeguard the vulnerable.

‘Again we would ask anyone with a concern, especially of a serious nature, to please contact us immediately.

‘I would urge anyone who witnesses any form of indecency or unacceptable behaviour to please contact the police or Safer Leeds partnership immediately so a full and thorough investigation can be undertaken.

‘Along with the police, a designated Safer Leeds team also patrols the area of the Managed Approach and we will always take appropriate and firm action against any individuals involved in unacceptable behaviour. No incidents that are reported will ever be ignored.’

Earlier this year, an independent review of the red light district scheme said there was no better option to tackle positively the problems caused by ‘on-street sex working’.

The scheme is costing taxpayers £200,000 a year and has angered residents. 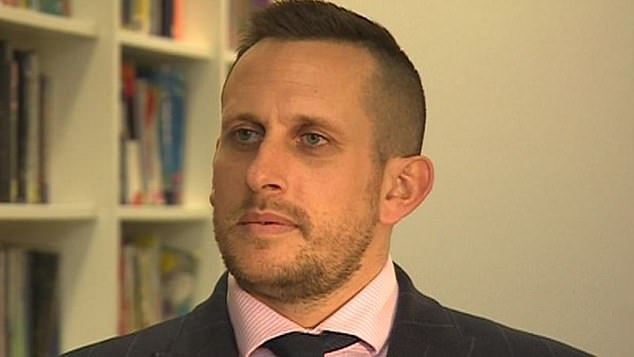 Headteacher Ben Mallinson, pictured, told the BBC: ‘Students should be free from harm and be able to travel to and from school without being worried for their own safety and that of their peers’

Started in 2014, its so-called managed approach means police no longer issue cautions or make arrests between 8pm to 6am for loitering, soliciting or kerb-crawling offences.

The rules apply to a specific area in Holbeck, which is predominantly used by light industry, retail and small businesses, but the prostitution problem has spread to residential streets in the surrounding area.

Leeds council commissioned the University of Huddersfield to review the policy this summer.

The report, published in July, concluded: ‘There is currently no alternative approach that promises to be more effective and which fits within existing laws.’

But Save Our Eyes, a residents’ campaign group, said the review had ‘not taken seriously the frequent threats to residents from prostituted women, pimps and kerb crawlers’.

A spokesman for the group added that many residents were ‘furious’ with the report and one woman whose 12-year-old daughter witnessed a rape was ‘too angry to even talk about it’.