Prominent euthanasia advocate Rodney Syme has been remembered as compassionate and fearless man who spent decades fighting for the right for terminally ill people dying intolerable deaths to end their own lives.

Dr Syme, 86, died on Wednesday after recently suffering a stroke. 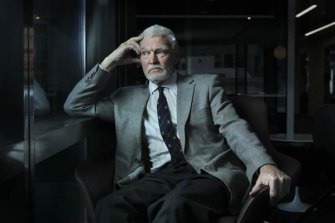 The Melbourne surgeon was a veteran of the voluntary assisted dying campaign in Australia and was internationally acclaimed for his work in the right-to-die movement.

His son Bruce Syme described his dad as a selfless humanitarian, whose strength of character and integrity and humility was impossible to measure.

“He was an amazing father, mentor, and friend,” he said. “I miss him dearly.”

Victorian Reason Party MP Fiona Patten paid tribute to the urologist on Friday and said Dr Syme was a trusted confidante and mentor, who was instrumental in the establishment of euthanasia laws in Victoria in 2017.

“There is no doubt that we would not have assisted dying laws in Australia today had it not been for Rodney Syme,” she said.

“His tenacity and compassion changed me as a person. I respond to legislation and I listen to people in a different way after spending time and learning from Rodney. He is an extraordinary person.”

She said the laws had meant hundreds of terminally ill Victorians have been able to end their pain and suffering at a time and place of their choosing.

Andrew Denton, who founded Go Gentle to advocate for voluntary assisted dying after his father’s slow and painful death, said he was filled with grief, at the loss of the “indefatigable and unbreakable” Dr Syme.

“The mighty oak has fallen,” he said. “There seems a vast, empty space in the forest where he once stood. That familiar, comforting shadow no longer cast.

“While his passing fills us with grief and we will miss him in our bones as mentor, friend, and guide, we carry with us in our veins Rodney’s life’s work.”

Dr Syme sat on Victoria’s Dying with Dignity Board, a group he established to lobby for euthanasia laws in Australia, until his death this week. As he pushed for law reform, Dr Syme risked criminal prosecution several times after publicly revealing he had supplied terminally ill Australians in unbearable pain with lethal drugs to end their lives.

The board’s president Hugh Sarjeant said Dr Syme’s attack on what he deemed as “unjust laws” was a catalyst for change.

“He was fearless and his departure leaves a great legacy of success, to the benefit of so many Australians,” Mr Sarjeant said. “The loss of such a wise and kindly friend leaves us all the poorer.” 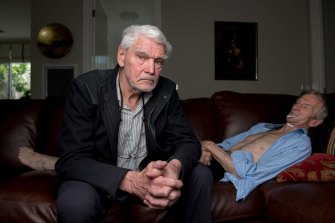 “His generosity with his time, words and wise counsel was infinite,” she said. “He was there for anyone who reached out to him and made everyone he spoke to feel cared for and special.”

Dr Syme has previously said he had epiphany in 1974 after being unable to relieve the pain of a patient with cancer of the spine and was left haunted by her screams from the hospital floor above him.

“That had the most profound effect on me,” he said. “There was nothing we could do to relieve her agony. For the next 20 years, I thought very, very deeply. I studied the medical literature… formulating my views. I began to make public statements. As a consequence, complete strangers started to approach me.”

In 2005, he admitted on radio that he provided the cancer stricken Victorian man, Steve Guest, with Nembutal two weeks before he died, provoking an investigation into his medical conduct, and triggering a national debate on voluntary assisted dying.

“I’m not doing it quietly anymore,” he said at the time. “I’ve sailed close to the wind, no doubt about it, but the law is hypocritical and I’m not the only doctor who is operating in this murky terrain. It’s just that I’m prepared to say so publicly.”

In 2016, the Australian Medical Board banned him from providing advice to terminally ill patients after he told ABC television program Australian Story that he’d offered to provide cancer patient Bernard Erica, who was in severe pain and dying of tongue and throat cancer, with Nembutal.

He successfully appealed the ban imposed on him by the Medical Board of Australia, aimed at stopping him from providing advice to terminally ill patients.

“I am so thankful for all he taught us, his compassion, decency and all the reform he helped propel,” she said.

Oncologist Cam Mclaren, who has helped more than two dozen people end their lives under Victoria’s euthanasia laws, said he was unsure if he would have had the courage to do so had it not been for Dr Syme.

“He gave me a lot of strength, particularly in the early days, to continue doing what I was doing,” he said. “What he has done has its own life force. He’s had this exponentially significant impact on end-of-life choices.“

In September, Dr Syme won the Health Professional Award for the healthcare worker who had created global change at the 18th World Federation of the Right to Die Societies in Chicago.

He continued to practise medicine well into his 80s and counselled thousands of terminally ill people throughout his medical career, while caring for his wife at home up until her death earlier this year.

In the later years of his life, he spoke to thousands of terminally ill people over the phone from his home in Yandoit in regional Victoria. He often spent hours counselling them and supporting them as they grappled with the fear of both physical and existential suffering. His book A Good Death recounts some of their stories.

Dr Syme is survived by his three children Bruce, Megan and Robin.

At Dr Syme’s request, there will be no funeral.