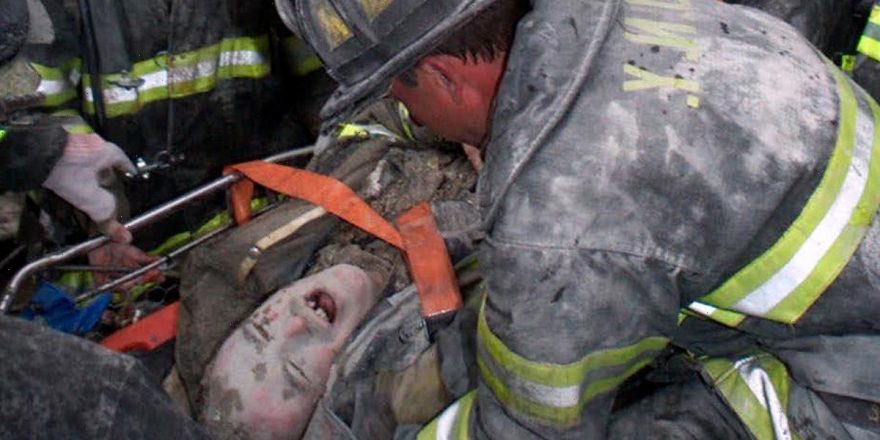 Haunting pics reveal horrors of 9/11 exactly 20 years on from the terror atrocity that claimed almost 3,000 lives

IT has been 20 years since New York City was devastated by a tragedy that seared horrific images into the minds of Americans and people all around the world.

Given the 9/11 attacks hit one of the most photographed places in the world, every aspect of the tragedy in Manhattan was captured on camera. 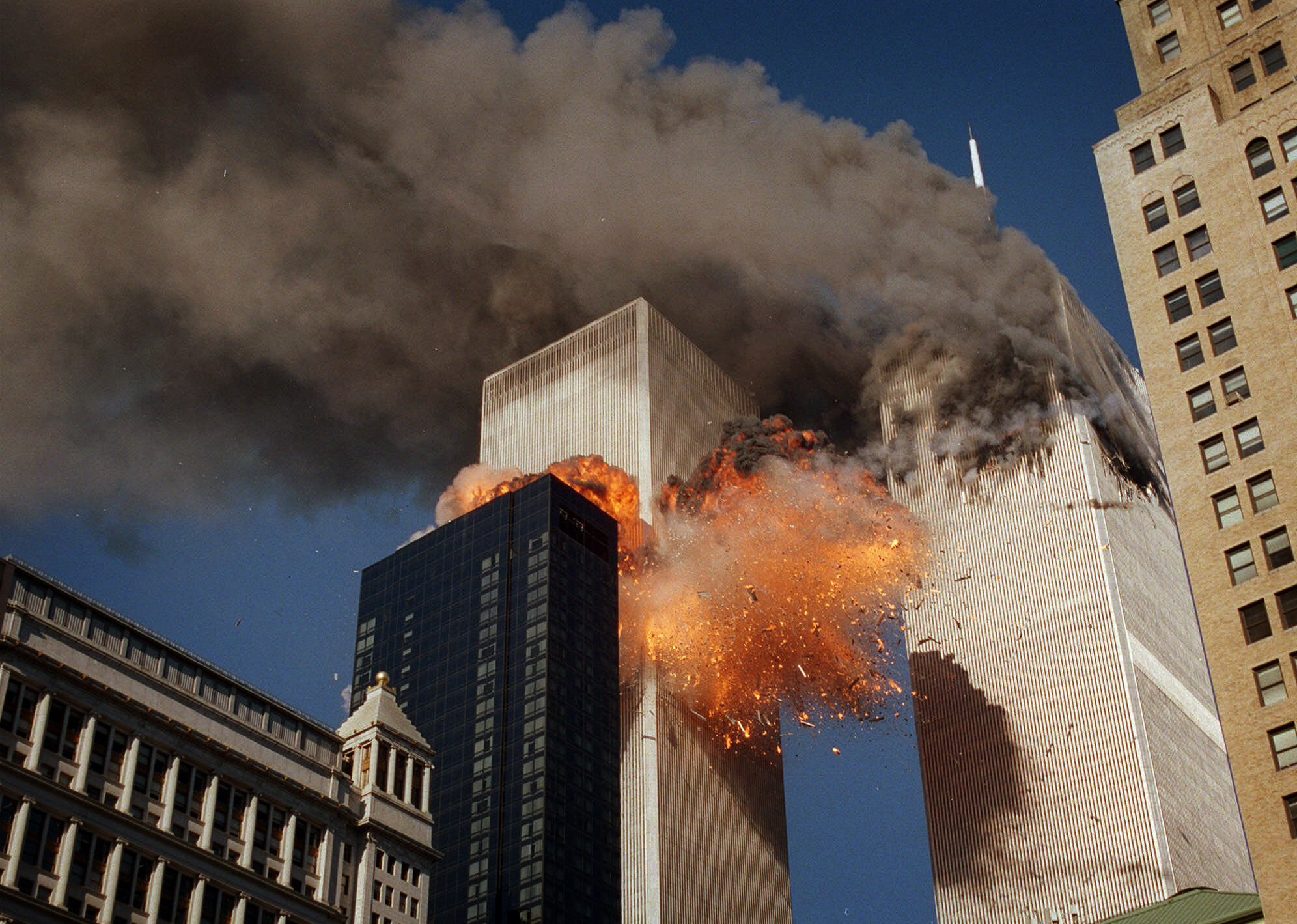 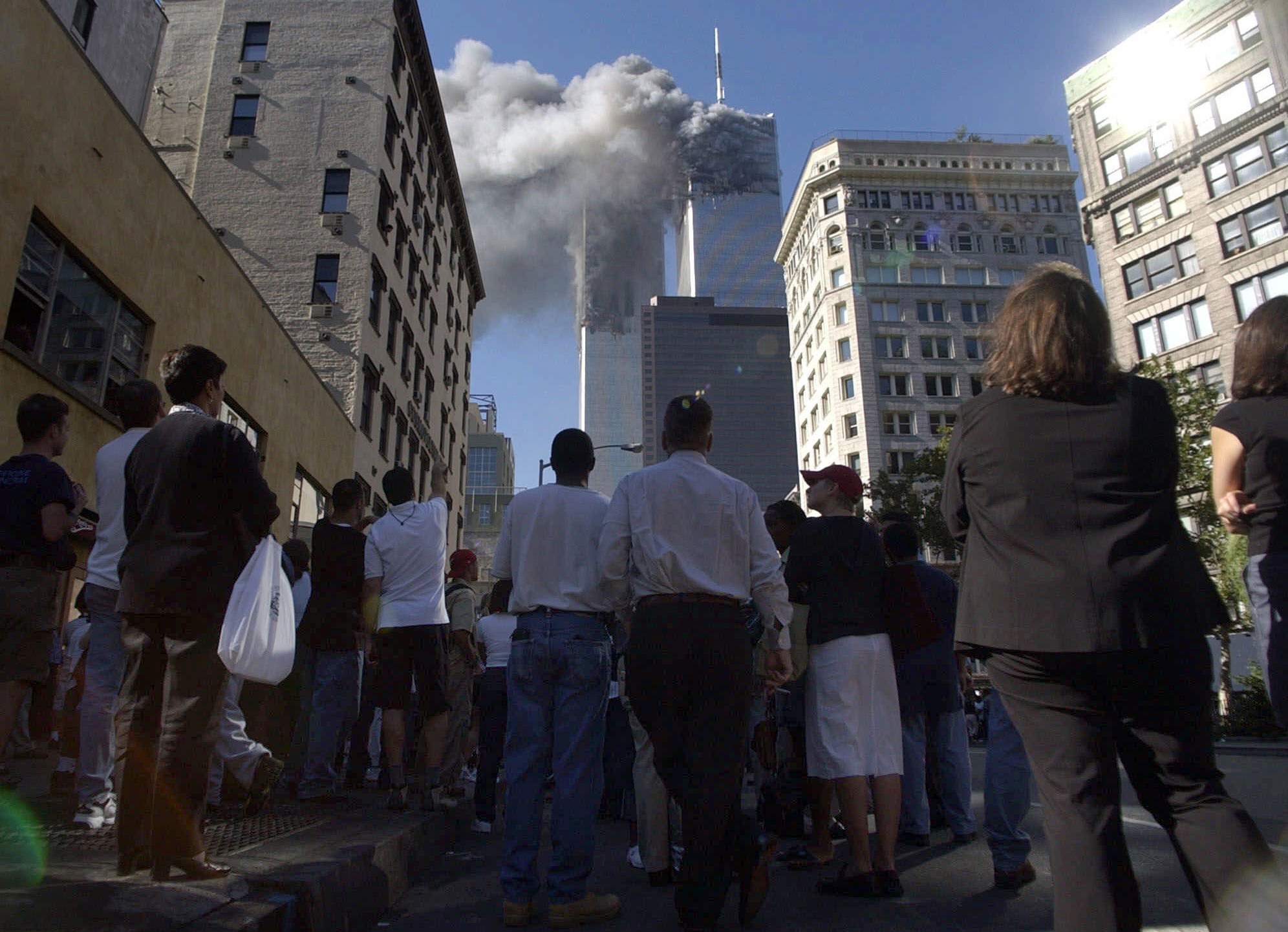 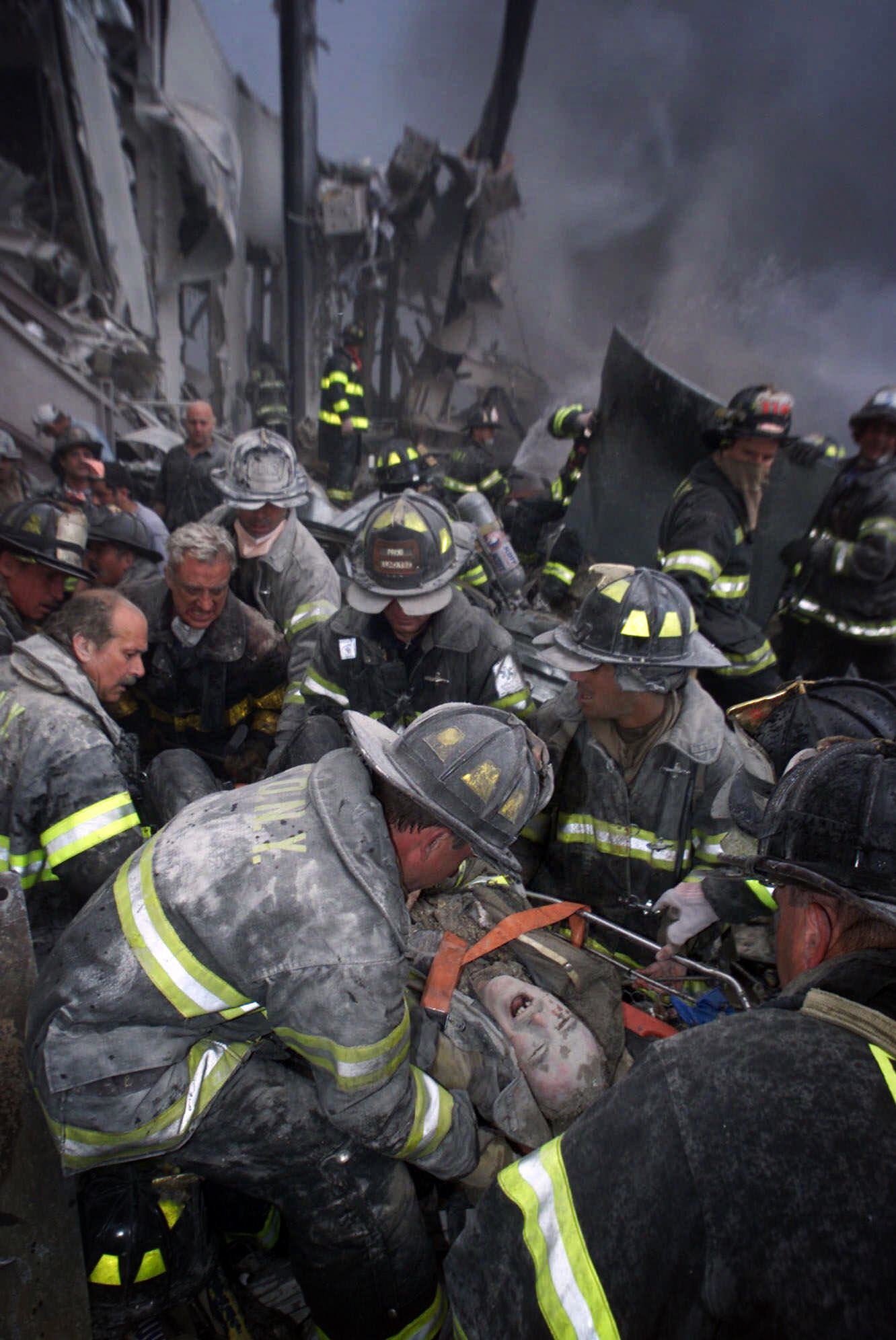 From the moment the hijacked first plane struck the north tower, to the first images of the new Manhattan skyline after both towers collapsed, photojournalists, tourists, and authorities documented it all.

These photos from the day show the horror from every angle – in the faces of New Yorkers as they watched the unthinkable unfold, the anguish in first-responders as they struggled to understand what was going, on and the victims stuck inside the towers faced with the horrific choice of how to die.

They show the devastation on the streets of lower Manhattan as dust and pieces from the towers fell from the sky.

But they also show the solidarity New Yorkers showed to one another, comforting strangers and helping in any way they could.

On that day, 2,996 people lost their lives between the attacks at the Pentagon in Washington, the World Trade Center in New York, and the downed Flight 93, which crashed in Pennsylvania. 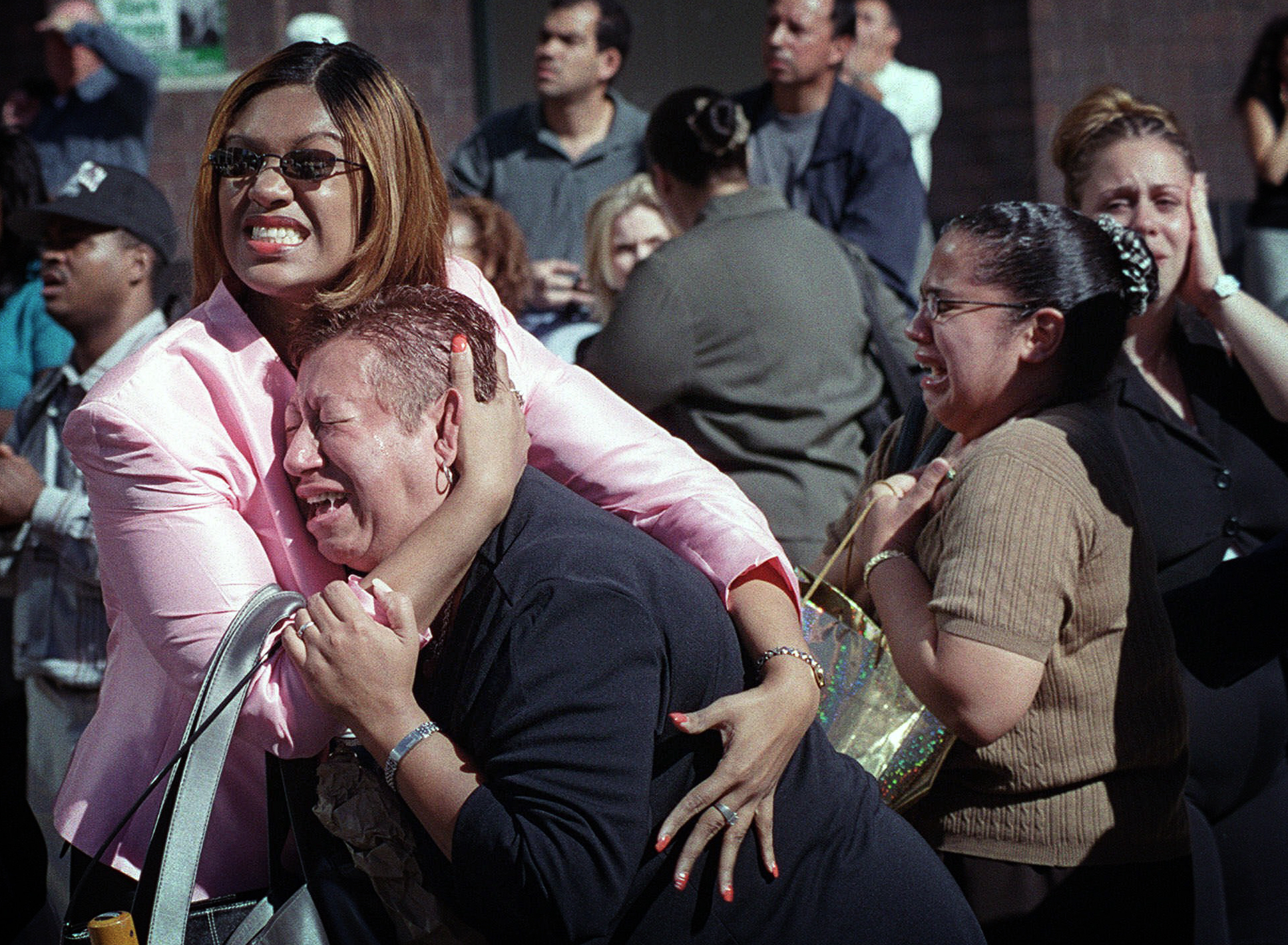 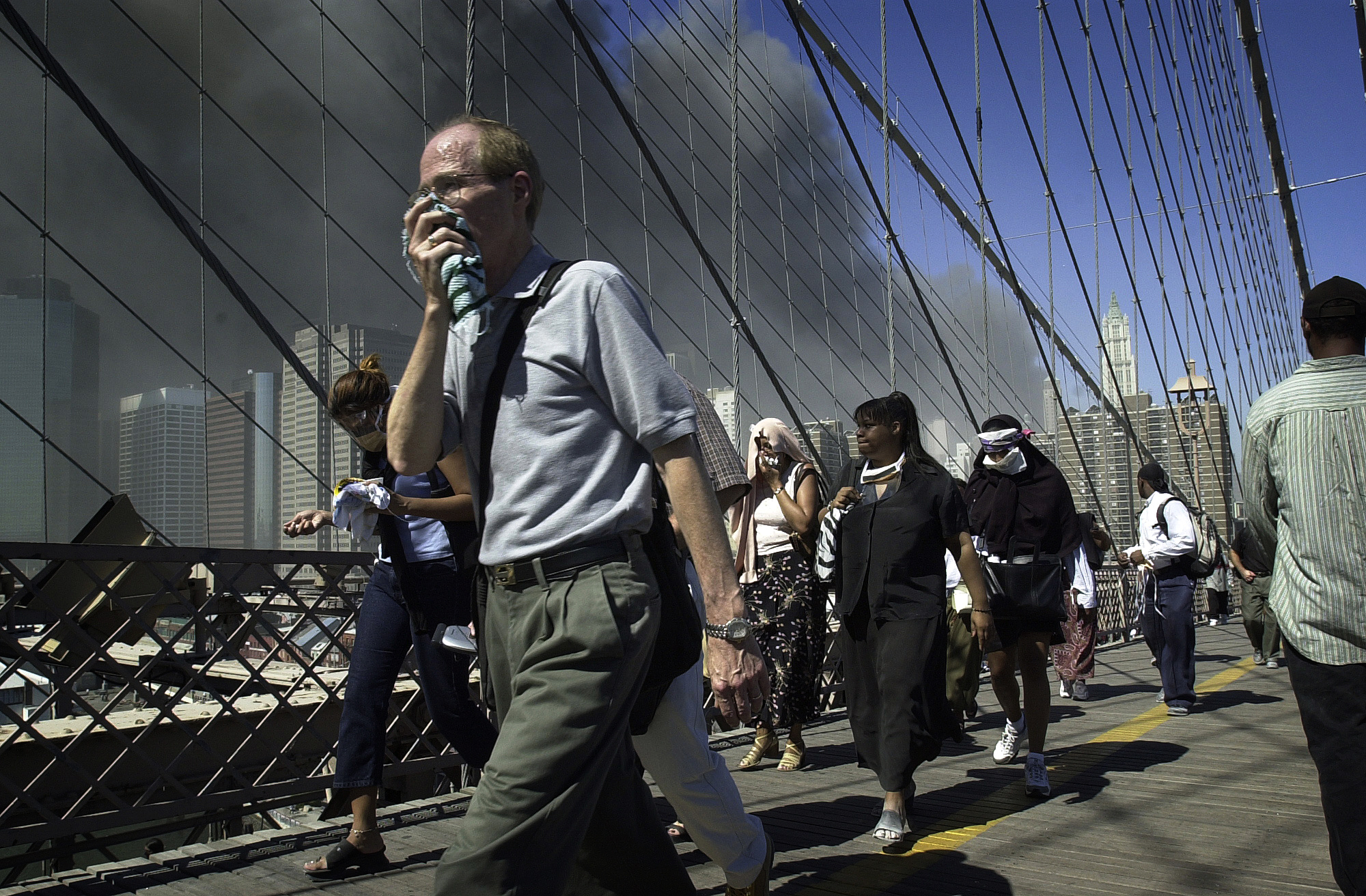 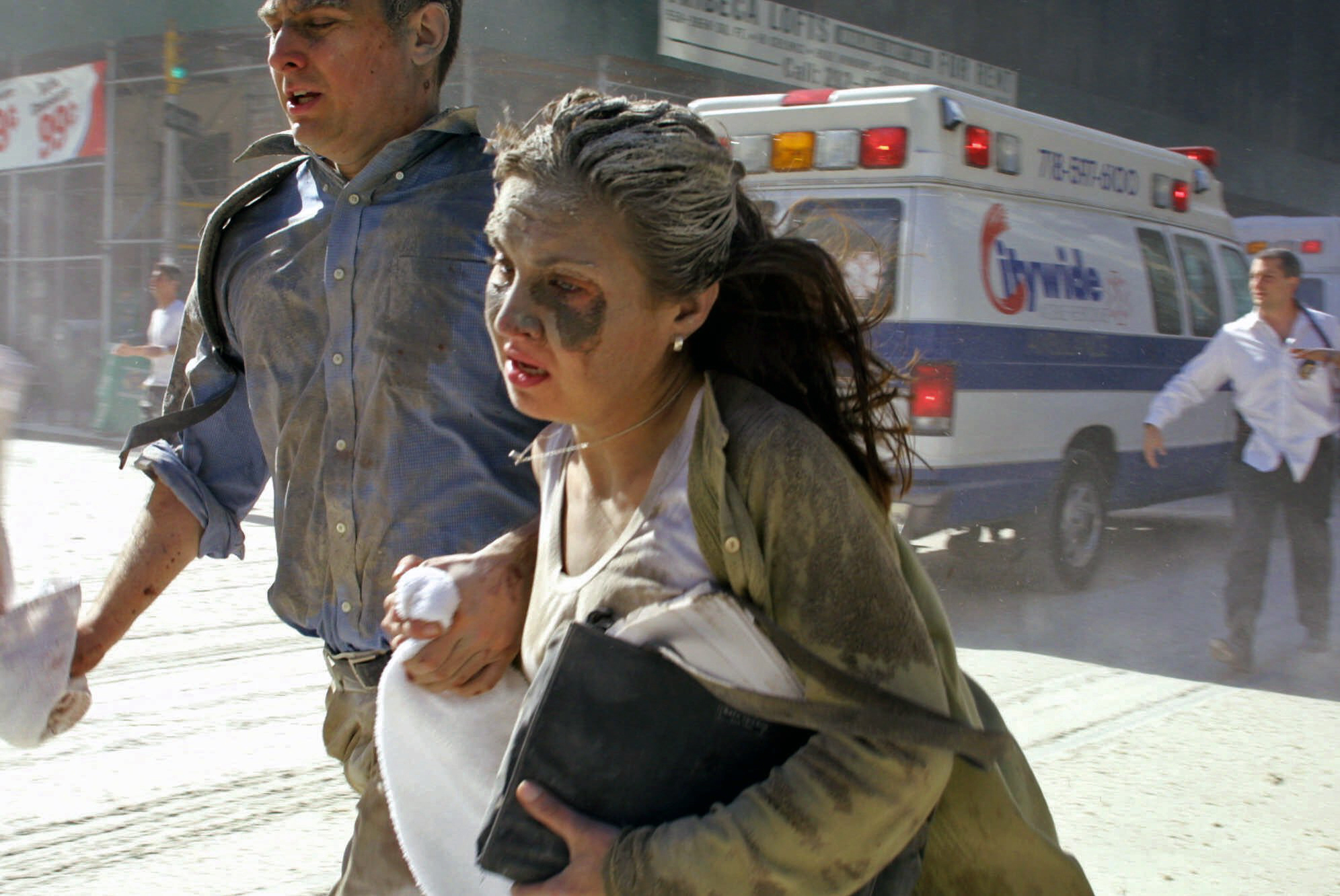 A fourth, United Airlines Flight 93, was a domestic flight scheduled to fly from New Jersey to San Francisco.

This too was hijacked shortly after takeoff, however, the brave actions from 40 civilians on the plane who fought back against the terrorists resulted in the plane crashing into a field in Somerset County.

All 44 passengers, including the four hijackers, were killed, but the actions of those on board prevented the flight from reaching its target.

To this day, experts are still unsure of its intended target but many assume it was either The White House or the US Capitol Building.

Nearly 20 years later, victims of the attack continue being identified through DNA testing.

The World Trade Center towers were part of a complex of seven buildings, all of which were destroyed when the skyscrapers collapsed.

Among the many heart-wrenching stories from the day is that of fire chief Jay Jonas, who was desperately trying to rescue a terrified woman from the World Trade Center when one of the Twin Towers collapsed on top of him.

Recalling poking his head out from the rubble, he said: “I looked up and I could see a sliver of blue sky.

“I said, ‘Guys, there used to be 106 floors over our heads — now I see sunshine. I think we’re on top of the World Trade Center’.

“I couldn’t believe what I was ­seeing. I saw what was left of the facade of the exterior of the World Trade Center. It was eerie.

“You could see smoke and a vast rubble field. It looked like we just got bombed.”

As the 20th anniversary of the tragic day approached, the Department of Homeland Security has warned the date could inspire terrorist attacks as reported by the Associated Press.

According to the National Terrorism Advisory System Bulletin, the US is in a “heightened threat environment." Officials cited pandemic restrictions as a factor that could motivate attacks based on racial and ethnic resentments. 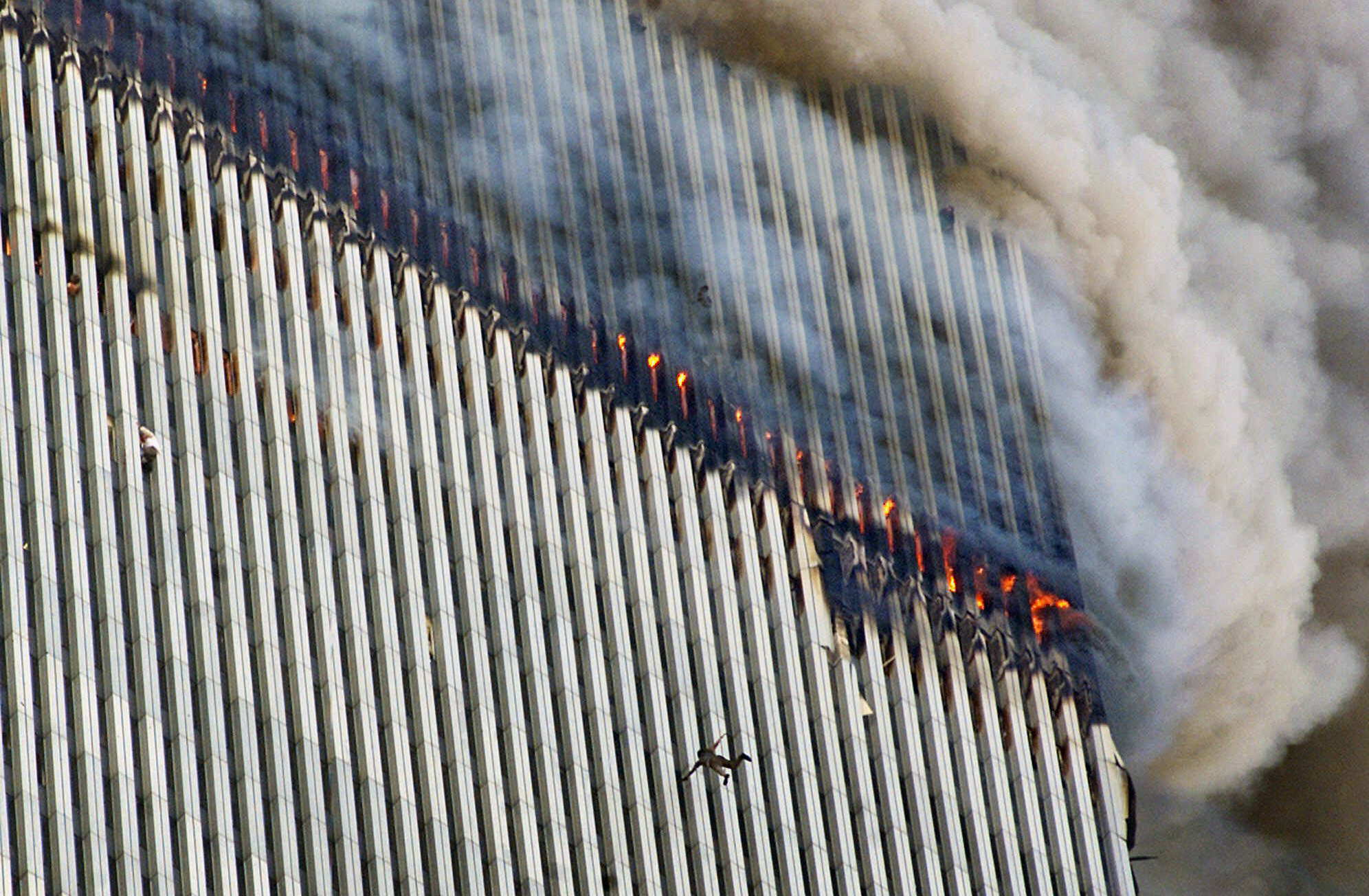 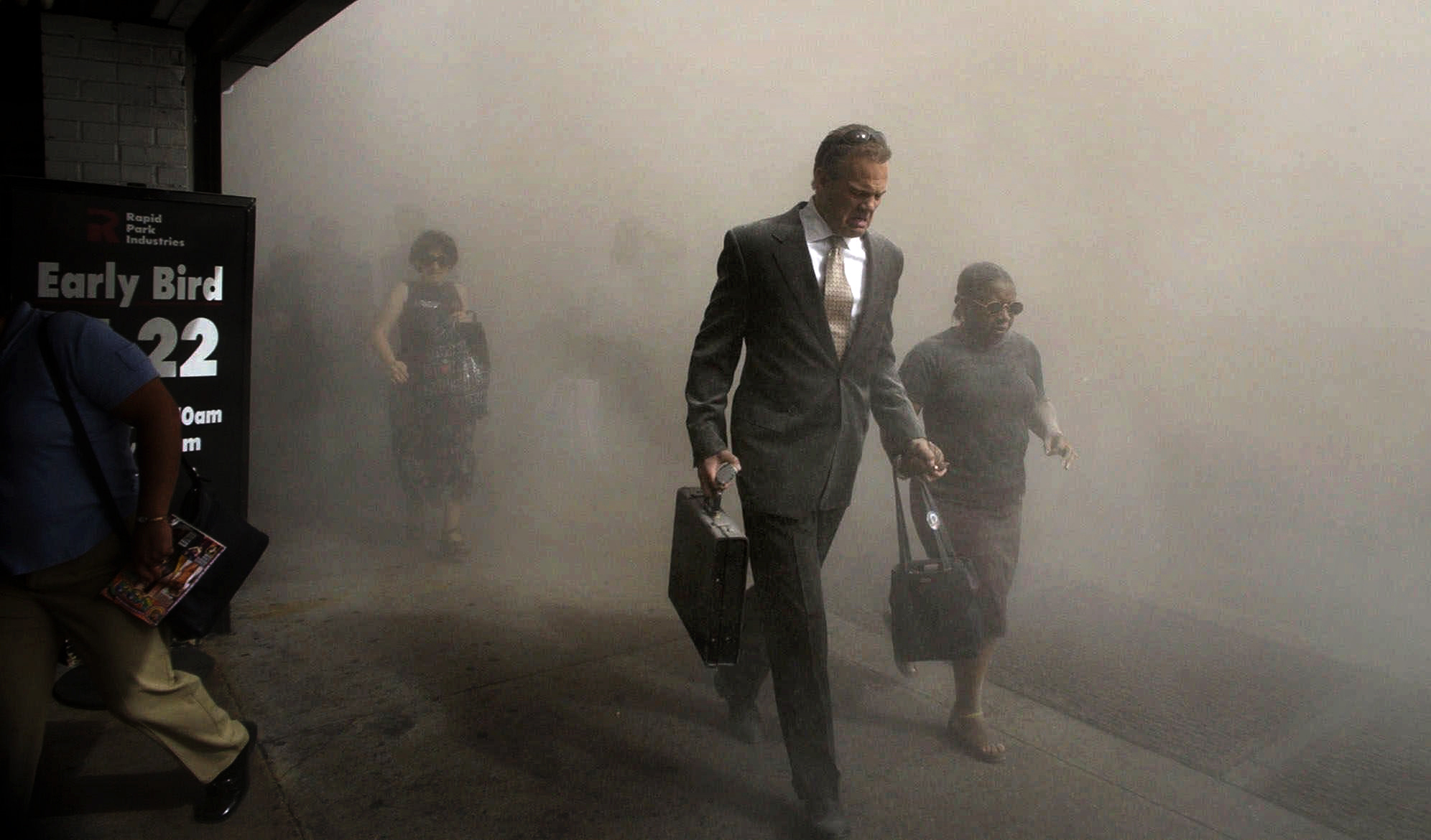 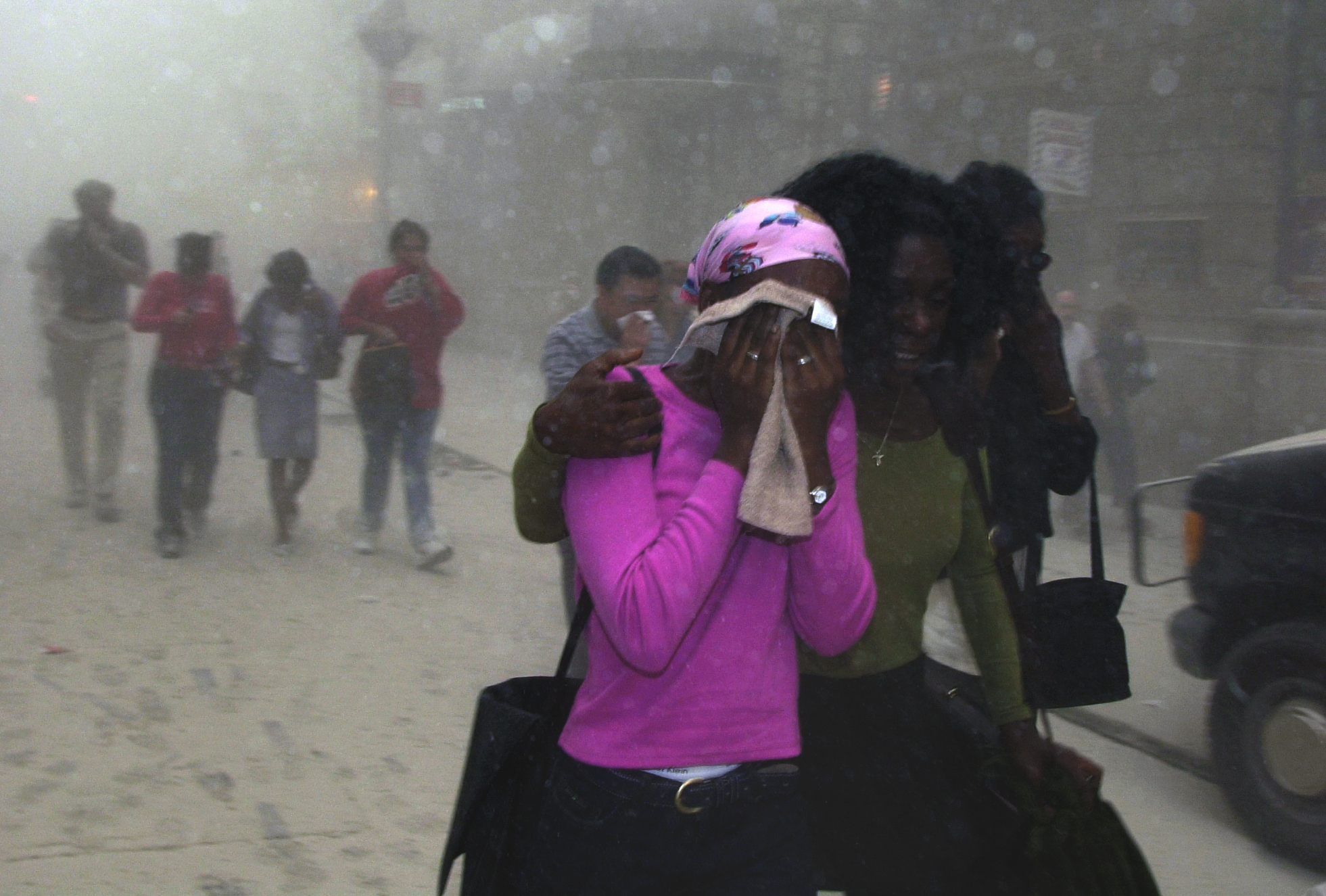 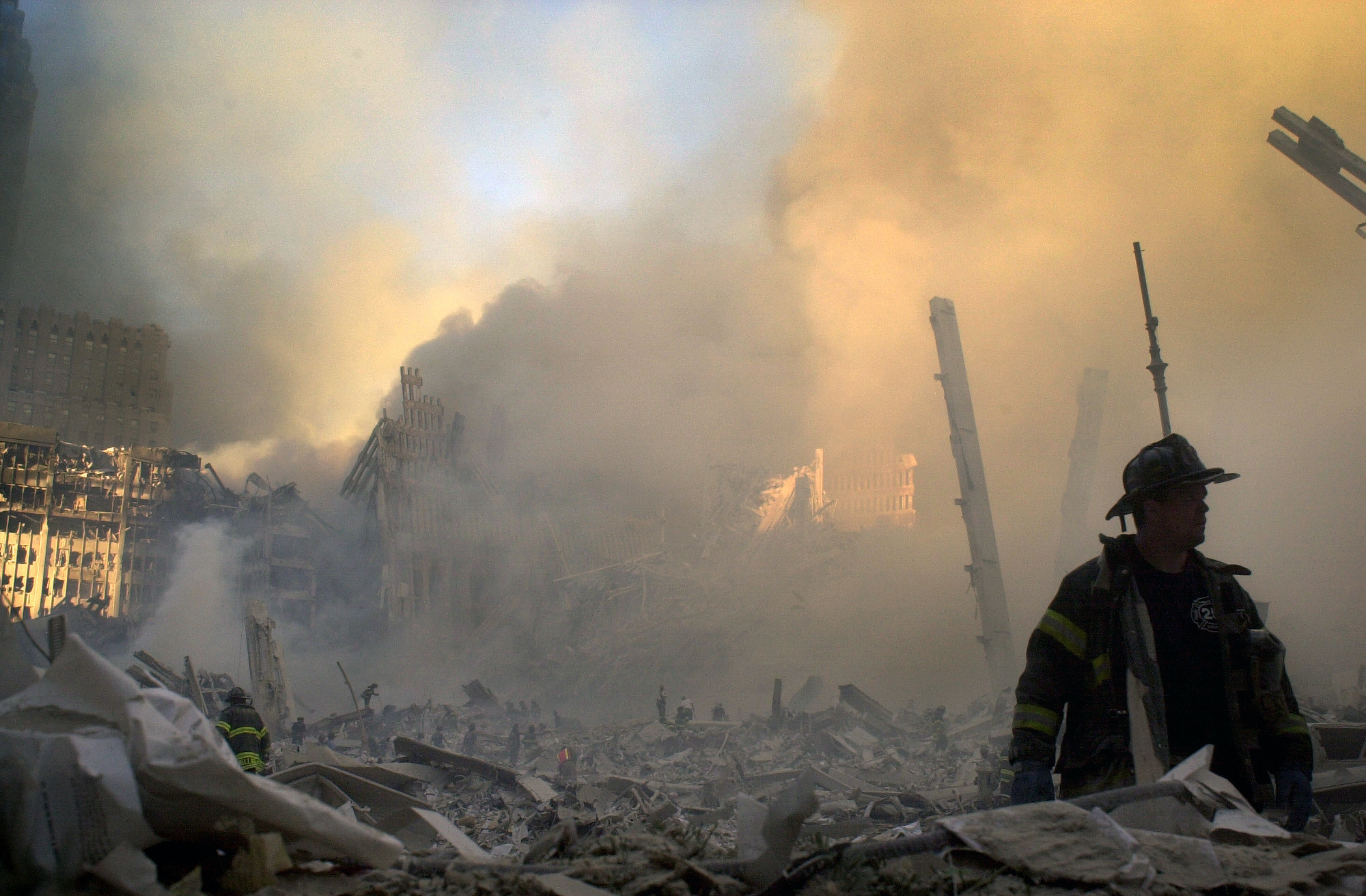 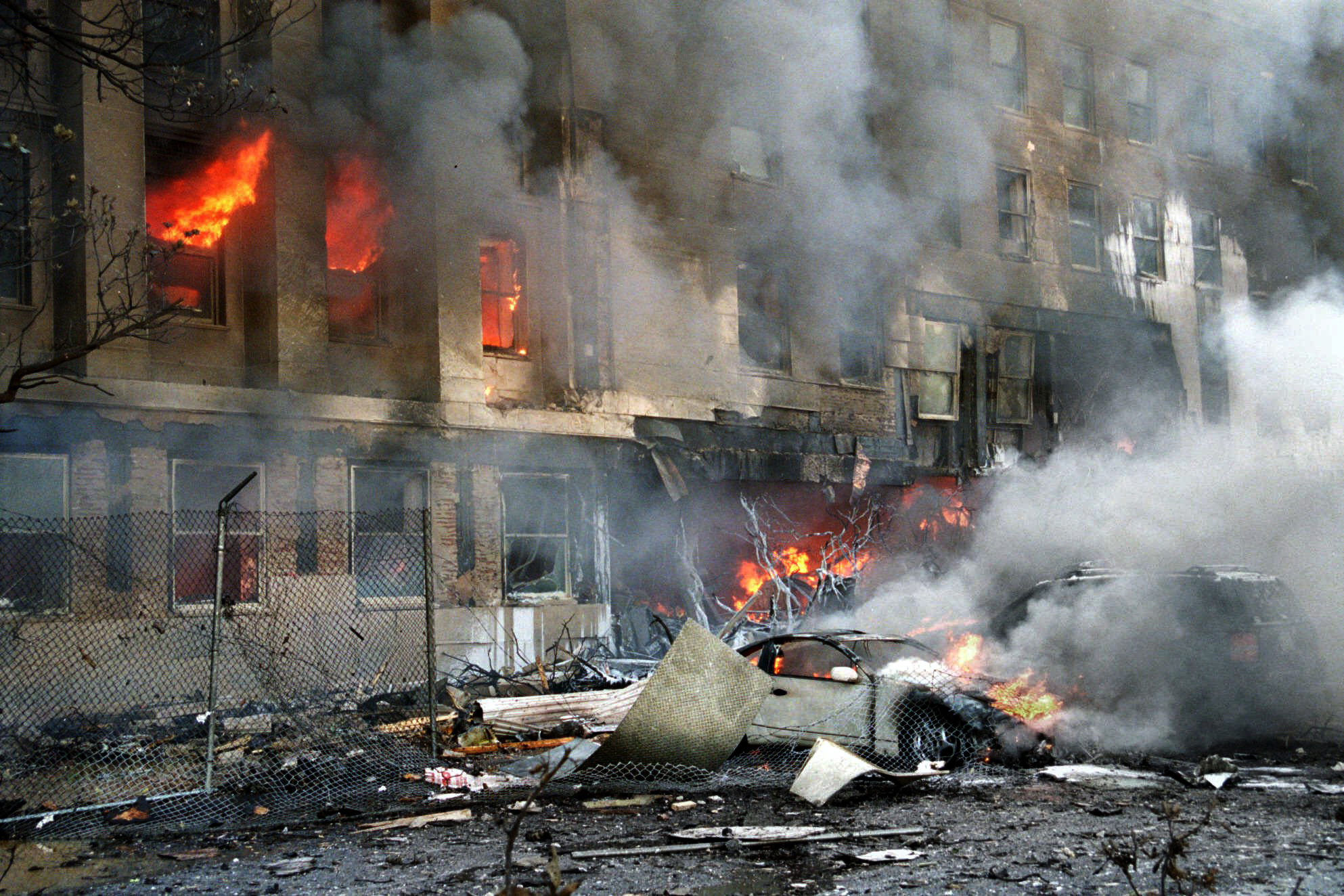 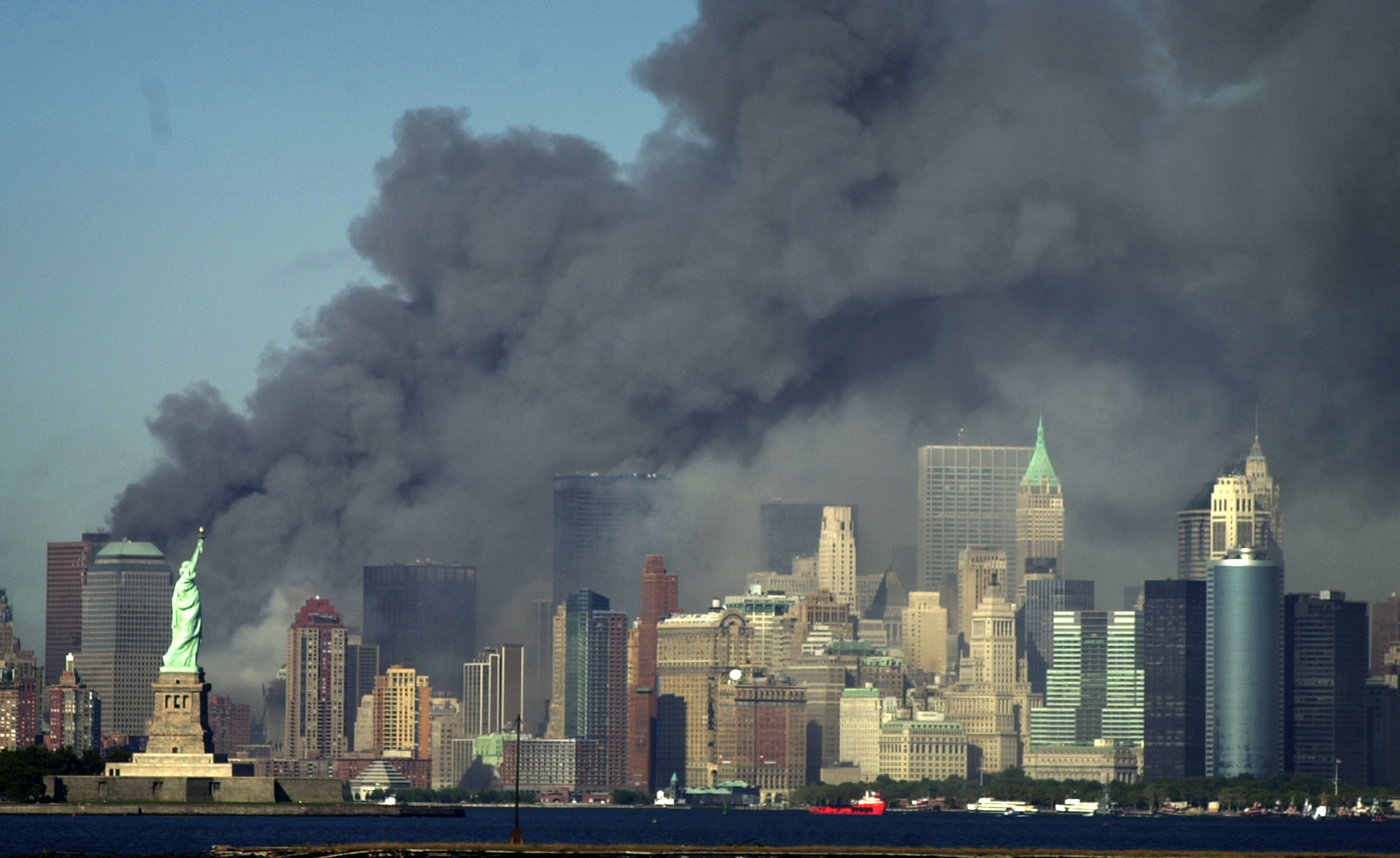