Grenfell Tower residents were treated as ‘sub class citizens’ when they tried to raise safety concerns before fire that killed 72 people, inquiry hears

Grenfell Tower residents raised concerns about fire safety months before the fatal disaster but their fears were ignored and they were treated as ‘sub class citizens’, an inquiry has heard.

Lee Chapman, the secretary of the Grenfell leaseholders’ association, said he had raised concerns about bare gas pipes being run through the stairwell of the building – the only fire escape – during upgrade works in spring 2017.

However he was repeatedly refused an independent fire assessment of the building by the Kensington and Chelsea Tenant Management Organisation (KCTMO).

Mr Chapman told the inquiry: ‘I feel that the way that these concerns were handled is a good reflection of the culture within the TMO and the attitude that it had towards Grenfell Tower residents at the time. 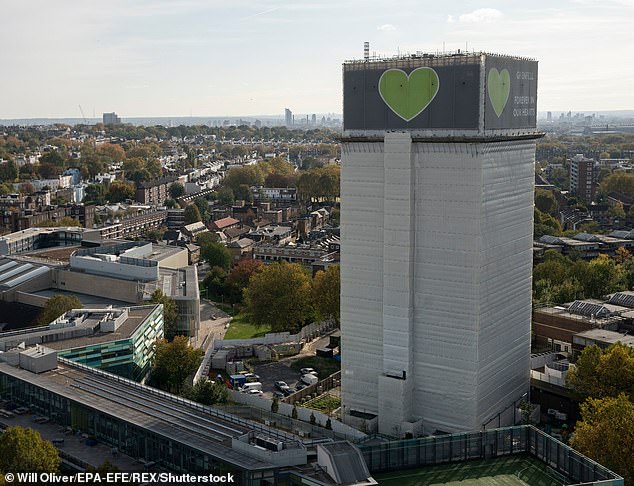 ‘Ultimately we were people who wanted to feel safe in our homes, and this should not have been perceived by the TMO as something which was annoying or bothersome.

‘I also believe that as residents in a so-called ”social housing block”, we were treated as sub citizens or sub class.’

The public inquiry into the June 2017 disaster is now looking at issues surrounding social housing management, including risk assessment and handling of tenants’ complaints.

On Monday, the inquiry saw chains of email between Mr Chapman and KCTMO, in which residents were refused an independent fire safety inspection of the building.

In one reply, residents were told KCTMO had been assured recent works were safe by the London Fire Brigade and the National Grid.

It stated: ‘We do not see it necessary to instruct or fund an independent adjudicator at this time.’

Mr Chapman said he feared the fire safety consultant appointed by KCTMO would be tasked with proving residents wrong rather than conducting a proper assessment.

‘(KCTMO’s responses) made me have the impression that the council would essentially be against the residents because they might think: ”They keep complaining so we need to prove that we are right,” Mr Chapman told the inquiry on Monday.

‘That was the impression that I had at the time, that it was ”us against them”, even though in my view we needed to work together to get this result.’

Mr Chapman and other members of the leaseholders’ association repeatedly requested copies of fire safety reports from the National Grid and the fire brigade which KCTMO claimed it possessed.

These requests were never complied with, the inquiry heard. 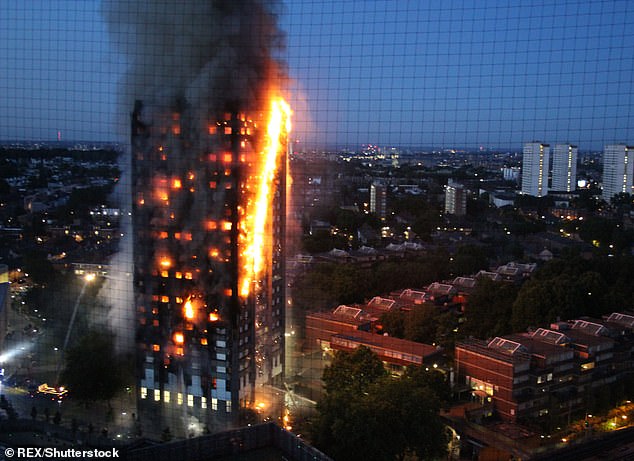 ‘I think with the letters that we sent and the responses that we got, it just didn’t seem to fully address (issues) we were raising,’ Mr Chapman said.

‘(There was) nothing addressing the individual parts of it, it was just very generic.’

The leaseholders’ association also repeatedly raised concerns about residents smoking in the stairwell and the fact that the exposed gas pipes were an easy target for vandalism.

In an email to the KCTMO on March 20 2017, Mr Chapman said: ‘Having seen these pipes numerous times, I am seriously concerned about how I will get out of the building alive in the event of a fire with this added risk.’

He added: ‘At the 22nd floor it is a very long way down from the window in the event that after 30 minutes of fire our house is engulfed.’

In a second email three days later, Mr Chapman said: ‘The potential risk to life and our common assets is without doubt very high given that this GAS MAIN is installed through our communal fire escape.’

He continued: ‘I cannot imagine the possible consequences of a fire in this building and as a duty of care the RBKC must ensure we can get out in an emergency, if there is a need to evacuate.

‘To be clear, if we cannot get out people will die or at best suffer serious injury.’

On the night of the fire, Mr Chapman’s wife, Dr Naomi Li, was one of the last people to escape the building alive.

Mr Chapman said in an earlier statement residents had been ‘brushed off’ by KCTMO and the council.

‘I had a sense that the people in the TMO and RBKC looked down on the residents of Grenfell Tower and were brushing us off,’ he said.

Witness David Collins said the fire safety issues were a product of the culture and leadership at KCTMO.

He said residents had tried to get KCTMO to engage with them on the noise from the upgrade works, poorly fitted windows and the placement of boilers.

‘I’d say (fire safety and poor works) are outcomes – whether you have a safe building, it’s all about the leadership and the culture,’ he said.

Mr Collins was one of a number of people who joined a residents’ group called Grenfell Community Unite, but staff at KCTMO refused to meet them.

‘We tried every way we could possibly find to get a voice and be heard,’ he said.

Seventy-two people died as a result of the fire at the 24-storey tower when an electrical fault in a fridge-freezer sparked a catastrophic blaze which was fuelled by the building’s flammable cladding system.