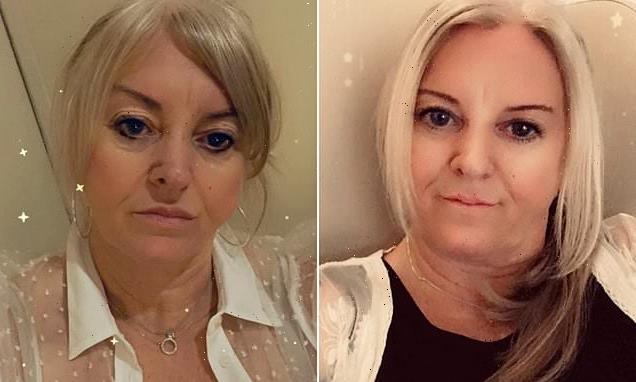 Grandmother who mowed down boyfriend avoids jail as they've made up

‘Depressed’ grandmother, 57, who mowed down her boyfriend with her Renault Clio after a breakfast row avoids jail but is banned from driving for 18 months as couple kiss and make up

A ‘depressed’ grandmother who mowed down her boyfriend with her Renault Clio after a breakfast row has avoided jail as the couple have now kissed and made up.

Janette Lines, 57, mounted a pavement and ploughed into the back of Gary Butterworth when he stormed out of her home near Salford following an argument with her son on September 8 last year.

When a witness tried to intervene, Lines told her to ‘f*** off’ before continuing to berate Mr Butterworth as he lay injured at the roadside.

He was subsequently taken to hospital by Lines and a relative and was treated for injuries including cuts and bruising to his feet, toes and ankles.

But when police attempted to get a statement from him in relation to the incident, Mr Butterworth refused and said Lines, whom he had been dating for four months, needed help for anger management issues.

However, she avoided a prison sentence and received a two-year community order and a driving ban after Mr Butterworth attended the hearing in her support.

The court heard the couple have since rekindled their romance following the incident. 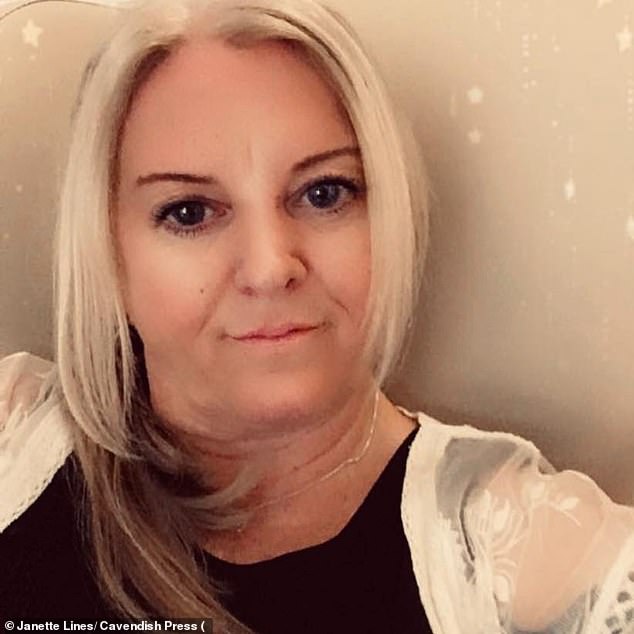 A charge against Lines of attempting to wound Mr Butterworth with intent to cause grievous bodily harm was allowed to lie on file.

The reason for the breakfast-time argument was not revealed to the court.

David Lees, prosecuting, told the court: ‘The previous day My Butterworth had made a 999 call from his home, but that call was abandoned when he was later traced.

‘He said it was a domestic incident when Miss Lines refused to leave his premises and he did not wish to take matters any further.

‘However, the parties continued to argue, this time at Miss Lines’ home and at 7am Mr Butterworth left and that seems to have upset her and she followed him in her car.

‘A witness out jogging saw Miss Lines in her car, parked in the middle of the road. She saw her get out and run after Mr Butterworth.

‘He carried on walking away but Miss Lines got back in the car and drove after him. Initially, she drove slowly along the road alongside but he was walking away and was clearly ignoring her as she edged forward and shouted at him.’

The court heard that Lines then pulled across the road ‘at some speed’, mounting the kerb as she continued to shout at Mr Butterworth.

She accelerated towards him and struck him in the back, causing him to scream as he fell to the floor.

The jogger tapped on the window of the car, but ‘was told in no uncertain terms to ‘f*** off’, the court heard.

Mr Lees said Lines exited her car and continued to harangue Mr Butterworth as he lay writhing in pain, while the witness called for an ambulance.

He added: ‘Another male appeared and helped Mr Butterworth into Miss Lines’ car and took him to hospital.

‘All Mr Butterworth said to police was Miss Lines wasn’t a bad person but needed help with anger management issues. He considers the relationship to be rekindled.’ 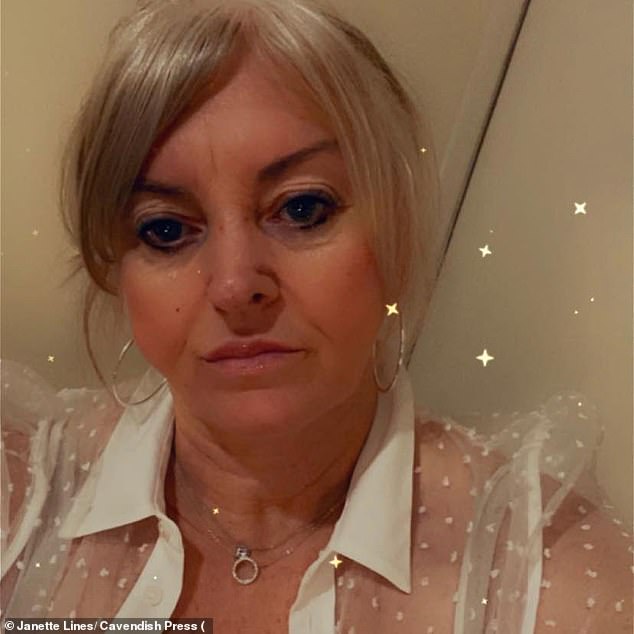 In police interview, Lines admitted she had followed Mr Butterworth, but claimed he was already on the floor when the car reached him.

She later admitted a collision had taken place, but that it had been an accident.

Ellie Akhgar, representing Lines, said in mitigation that she had been suffering from depression after struggling to come to terms with the death of her father in 2018.

She said the death had an ‘unbelievable impact’ on her emotional stability  and was ‘not able to cope without him’.

Passing sentence, Mr Recorder Michael Armstrong told the court: ‘This assault involved the use of a vehicle as a weapon which in my judgement borders on being a highly dangerous weapon.

‘But you have displayed genuine victim empathy on multiple occasions and you have an understanding that it was only by good fortune that Mr Butterworth suffered only minor physical injuries.

‘You have also resumed your relationship with Mr Butterworth and he has forgiven you for what happened.

‘You are also the main support for your elderly mother and the matriarchal figure within the family. You appear to have a genuine willingness and motivation to address your risk factors. You have been suffering from mental health difficulties and anxiety and you are clearly a loved member of your family.”

Lines has been disqualified from driving for 18 months and must complete 200 hours’ unpaid work, and 30 Rehabilitation Requirement Days and as part of the community order.