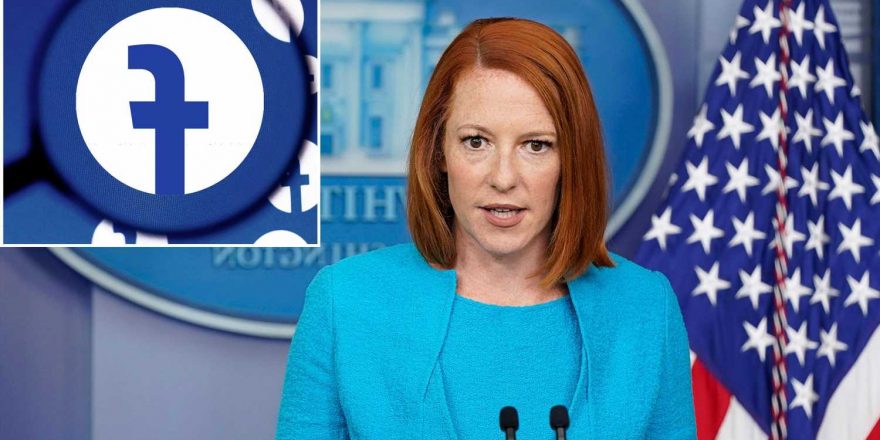 Trump’s Big Tech lawsuit has legs and other commentary

White House press secretary Jen Psaki casually confirmed on Thursday what skeptical conservatives and some civil libertarians have been suspecting for years: that the world’s biggest speech platforms take direction from the government in choosing what content to suppress, amplify, or remove.

“We are in regular touch with social media platforms” about COVID-19 related misinformation, including misinformation about the COVID-19 vaccine,” Psaki said. “We’re flagging problematic posts for Facebook.”

On Friday, she suggested social media companies should be working together to ban misinformation super spreaders from multiple platforms.

This is a startling admission. It was backed up by a 22-page “health misinformation” guidance issued by U.S. Surgeon General Vivek Murthy, in which he urged the social media platforms to “impose clear consequences for accounts that repeatedly violate platform policies.”

The White House is motivated by a real problem: overtly wrong information about the COVID-19 vaccine. Some of the posts are factually inaccurate, and some of it misrepresents the fact that vaccines, in general, do work.

“They’re killing people,” President Biden said flatly yesterday when asked what his message was to platforms like Facebook.

But the administration’s solution — to control what can be said and who can use the world’s biggest speech platforms — is deeply unsettling and, frankly, undemocratic.

“This is the union of corporate and state power,” wrote reporter Glenn Greenwald on Twitter, one of the classic hallmarks of fascism.”

There is a dystopian element to telling social media platforms to control “misinformation” when the very definition of that keeps changing. In the early months of the pandemic, Facebook began banning anti-lockdown protest content. Not because it violated any laws, but because such gatherings might run afoul of local guidance and public health recommendations. YouTube began censoring any content that disagreed with the error-prone World Health Organization, removing videos from emergency room doctors and podcasts from Stanford University neuroradiologists alike.

Just this month, professor Satoshi Omura, who won the Nobel Prize for his work on a drug called ivermectin, was censored on YouTube for discussing how it might help treat COVID-19 patients.

In their haste to bend to the controlling narrative, social media platforms have banned accounts for asking questions, and discussing errant data points or emerging hypotheses around new treatments. Famously, you weren’t allowed to discuss if the virus came from the Wuhan Lab. In other words, the platforms have banned debate and inquiry itself.

The media likes to scold people about what is and isn’t covered by the First Amendment. As private companies, social media platforms can decide what appears, they argue. But social-media platforms have become the de facto public square, through which Americans communicate with one another, petition their government, ask questions, and air dissent. The Biden administration’s moves veer close to the government “abridging the freedom of speech.”

“The government can’t censor speech. The First Amendment makes that very clear,” Sen. Mike Lee (R-Utah) said Friday on Fox News. “A private, for-profit corporation can make its own decisions, but when it’s doing that in collusion with government, that starts to look to me like a First Amendment violation.”

There is a fine line between spreading outright lies in a public health crisis, and individuals thoughtfully pursuing information in a rapidly changing and evolving field of science. Increasingly, our major speech platforms and our government would prefer there is no difference.

Rachel Bovard is the senior director of policy at the Conservative Partnership Institute and the senior tech columnist for The Federalist.