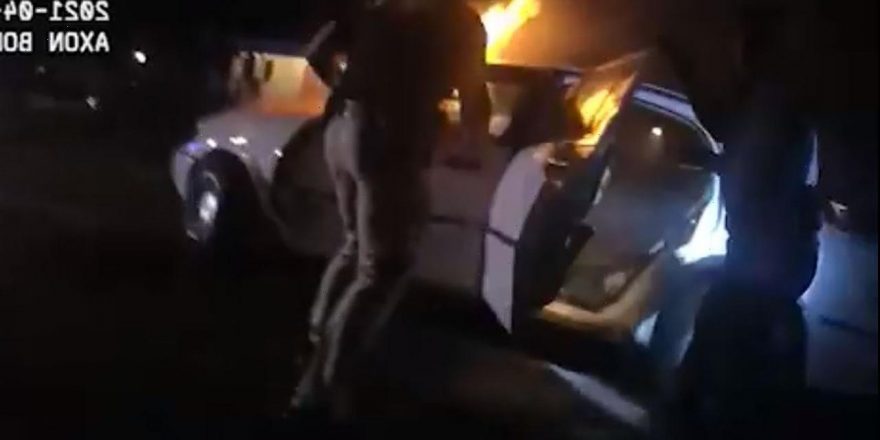 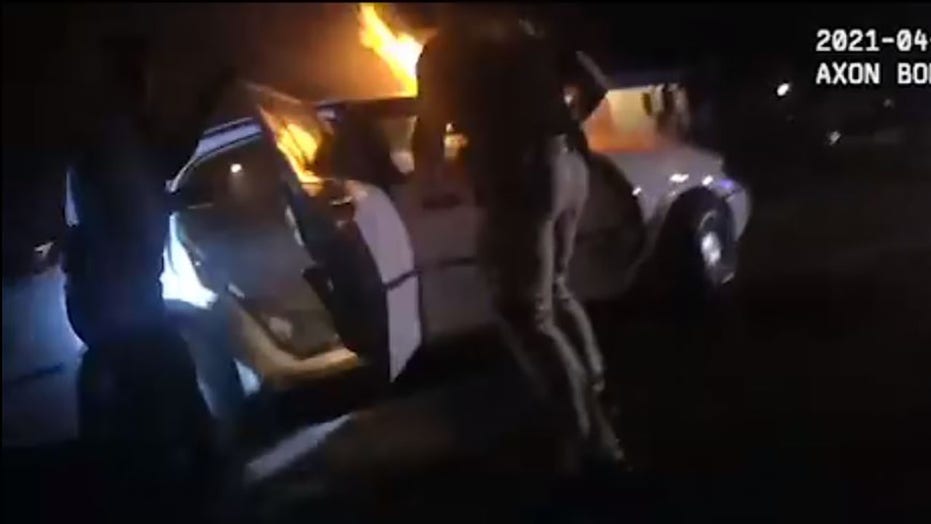 Police in Georgia have released bodycam video of officers running toward a burning car and rescuing an unconscious 18-year-old woman who was trapped inside.

Seven officers with the Savannah Police Department responded to the scene of a crash at 11:45 p.m. Monday and observed flames spouting from the hood of a 1998 Lincoln Town car, the department said.

While the driver was able to escape the car, an unresponsive woman remained inside the front passenger seat. The officers quickly learned that the passenger door was either locked or jammed as a result of the crash.

A compilation of officer-worn bodycam video shows the officers running toward the burning car before smashing the vehicle’s windows. The fire can be heard crackling from the hood of the car as someone yells, “Get her out!.”

The officers eventually are able to pull her over the front passenger seat and out through the rear door. They then carried her to safety away from the engulfed vehicle. 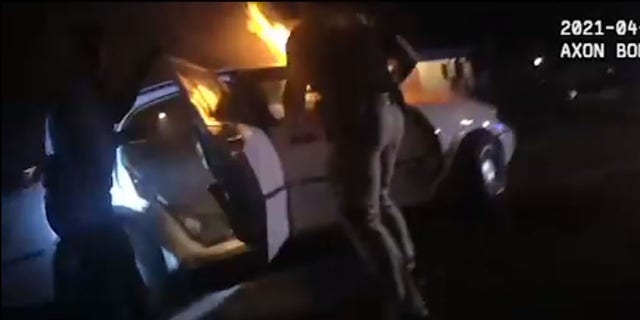 Savannah firefighters arrived shortly after and extinguished the fire.

Both the driver and the woman were taken to a hospital for serious injuries, police said. 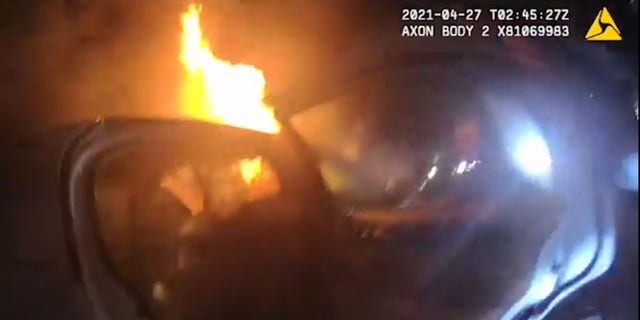 After learning the front front side door was jammed or locked, officers pulled the woman over the front passenger seat and carried her to safety.
(Savannah Police Department)

“I am so proud of these officers for their actions when responding to the scene last night,” Chief Roy Minter said. “They literally ran toward the flames and worked quickly as a team to not only remove the passenger from the car but get her to a safe location. Had they not acted as they did, the passenger in the car could have suffered more serious injuries or even lost her life.”

Police said an initial investigation determined the driver, 18-year-old Jaydon Brown, struck a light pole and tree before hitting another tree head-on. The impact sent the vehicle spinning before it came to a stop in the middle of the roadway and caught fire.