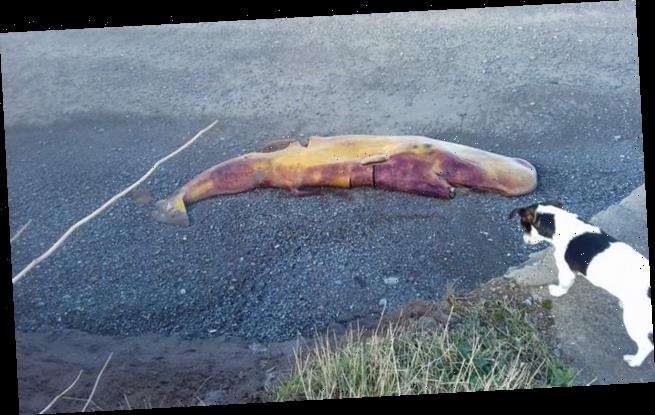 EXCLUSIVE: Four sperm whales that washed up dead on beach last year have been left to rot as locals in nearby town complain of ‘horrendous stench’

Families in a seaside resort have been left gagging over a foul stench – caused by four dead whales left to rot on their beach over a month ago.

Disgusted householders in Withernsea, east Yorkshire, say the vile reek is burning their nostrils for a one-mile radius and would repel any tourists should they ever be allowed to visit again.

The sea beasts’ stink is also feared to be a health and safety disaster waiting to happen as dogwalkers have to go near them.

Seven of the whales washed up on Christmas Eve and became stranded and sadly could not be saved.

Contractors were able to remove one of them, two washed away, but four bodies still remain, two on land owned by the Crown Estate. 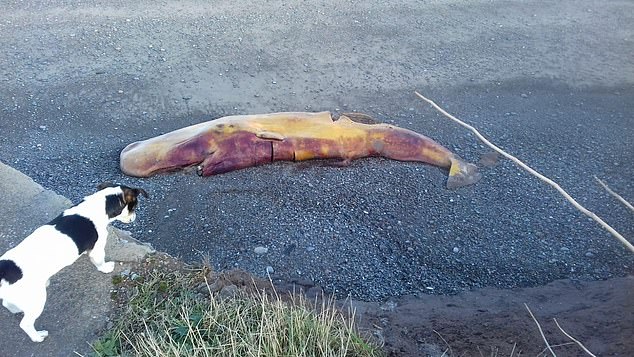 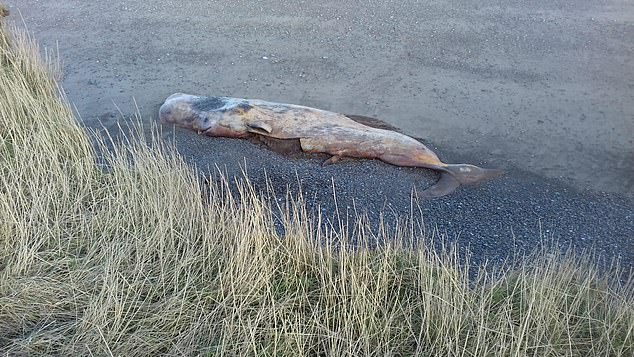 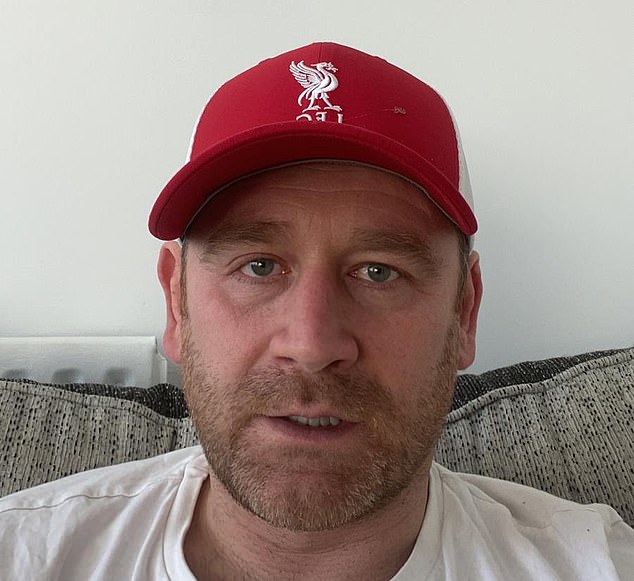 Local man Daniel Medworth said: ‘They got rid of one but there is still another four on the beach and they are horrendous.

‘As far as I know there are no plans to get rid of them, they are causing a horrendous stench as there all rotting, it’s an accident waiting to happen.

‘The community thinks there’s a huge risk to health too as there are still people and dogs walking daily near them.’

A spokesperson from The Crown Estate commented: ‘Following the sad news of the deceased whales we have followed up with partners, including the Receiver of Wreck and the local authority.

‘We understand that two of the whales are located on our foreshore but that they are located in areas with limited public access and where their removal would be practically very difficult. 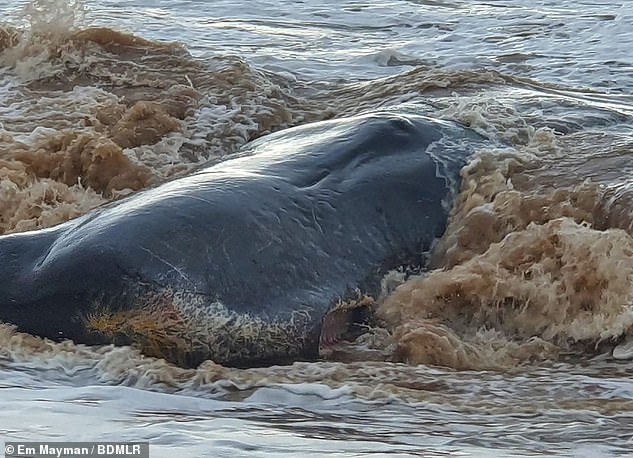 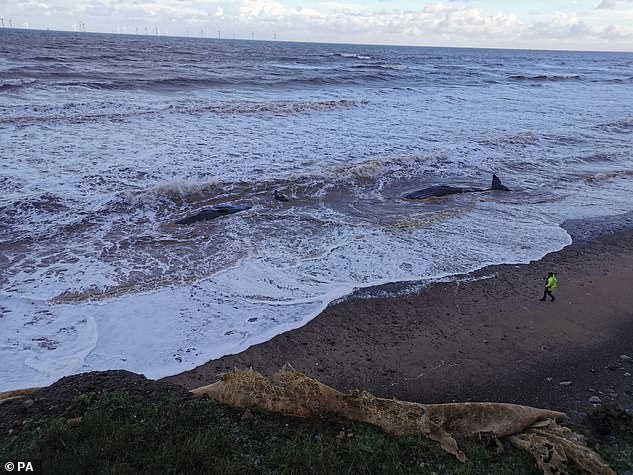 People gathered on the fragile cliffs to watch the scenes below and police were forced to issue a warning for people to stay away. Two of the stranded whales are spotted in the shallow water

Why do whales end up beached along Britain’s coasts?

It is uncertain why whales end up beached along British coasts, however there are multiple theories that could explain it.

One such theory is navigational errors. Gently sloping coastlines and food rich ocean currents close to shores can confuse the animals.

Another is toxic algae blooms which, along with viruses, can cause mass sickness in pods and which leave the animals too sick to swim.

As well as this, shipping and military sonar interference can scare the animals and cause distress, sometimes decompression sickness, as they swim to the surface.

‘We would therefore echo the advice of the authorities that members of the public should continue to keep away from the whales.’

Members of the public first noticed some of the whales on the beach between Tunstall and Withernsea, East Yorkshire on Christmas Eve morning.

British Divers Marine Life Rescue (BDMLR) was called out along with coastguards and police after they were spotted.

But that night a spokeswoman said: ‘Sadly we can confirm that the last of the 10 whales that were found stranded near Tunstall this morning passed away earlier this afternoon.’

She said reports of more whales a few miles further south at Spurn Point had been checked but nothing had been found.

The spokeswoman added: ‘We can only hope that there are no more whales still in the area that might yet come ashore.’

The BDMLR said the North Sea was a difficult environment for sperm whales as the shallow water had few of the deep water squids they usually fed on, and they rarely survived beach strandings due to their size.

The spokeswoman said: ‘Many of the animals involved today were in poor nutritional condition as a result and clearly would not have survived long if they had refloated alive on the tide.

‘Due to the large size and weight of these animals, there are no safe methods for lifting and moving live animals of almost 20 metre length and up to 80 tonnes in weight, nor are there any safe and effective methods available for putting them to sleep either.’

She said photographs of the animals, believed to be a pod of juvenile males, would be shared with the Cetacean Strandings Investigation Programme – UK Strandings and it was now the responsibility of the council and beach owners to plan what happened to the bodies.

‘We would like to extend our heartfelt thanks and gratitude to all of our team involved on the ground and behind the scenes in this awful situation today, of all days for it to happen on, as well as our colleagues in the Maritime and Coastguard Agency who have been on scene all day dealing with these tragic and difficult circumstances’, the spokeswoman added. 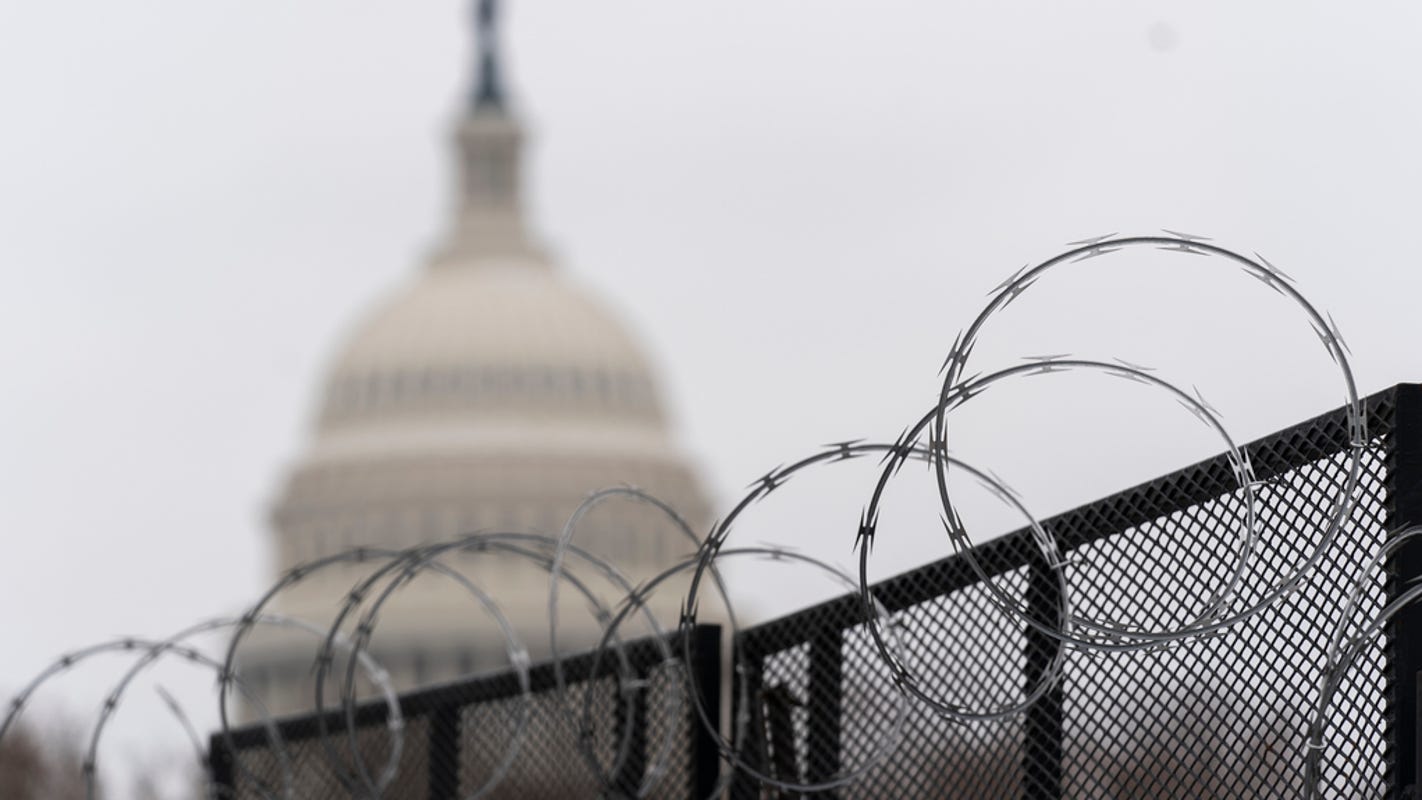 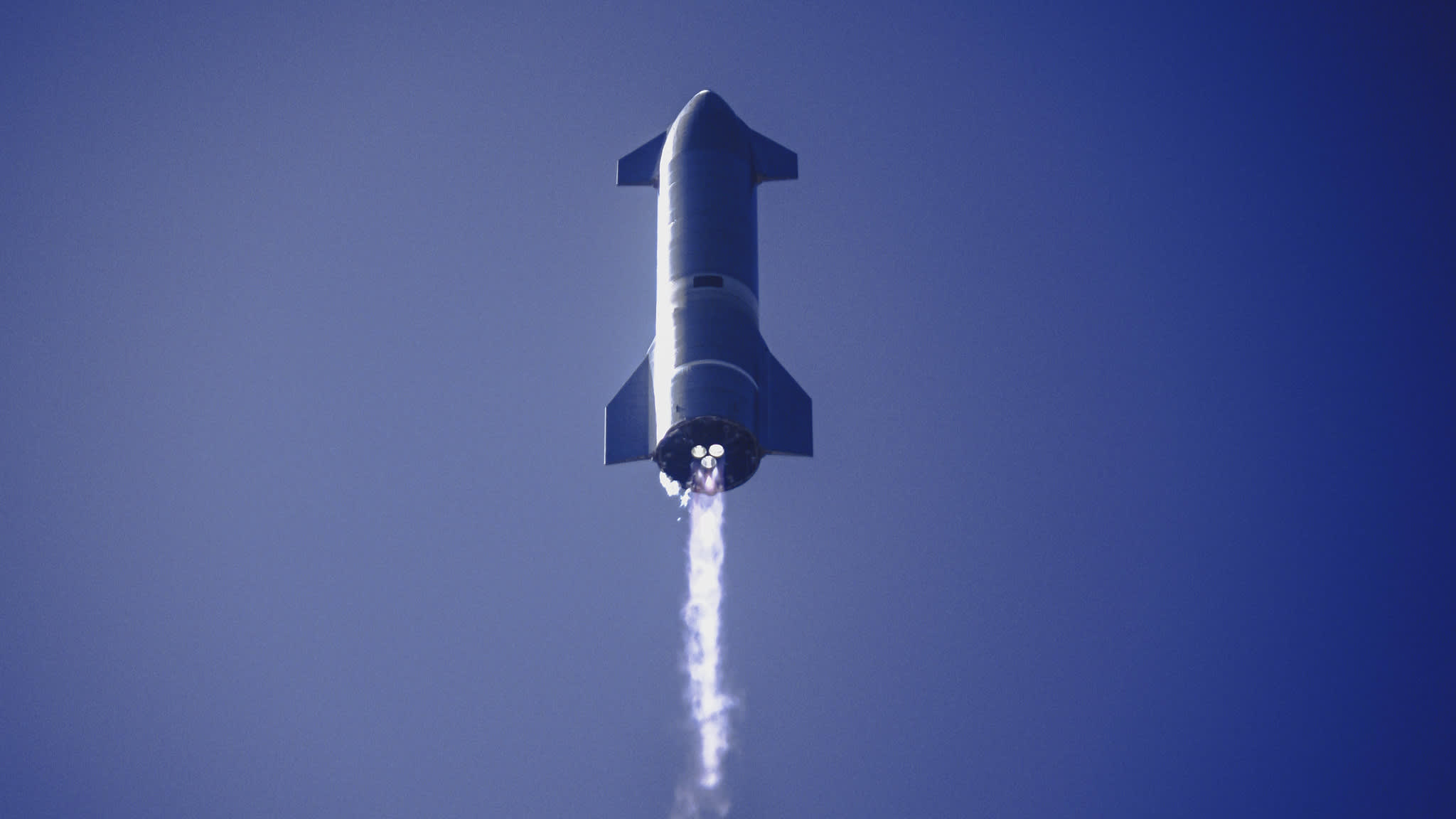