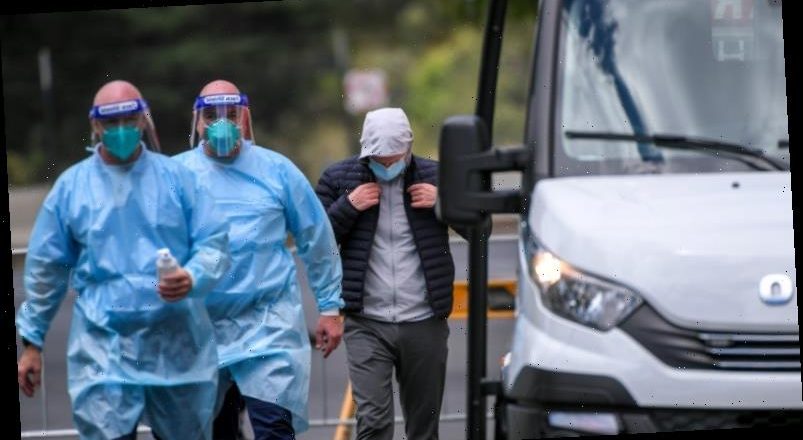 Victoria has recorded its 13th consecutive day of no new locally acquired cases of COVID-19 but four new cases have been detected in hotel quarantine.

More than 15,500 Victorians were tested for the virus in the 24 hours before midnight on Monday.

The numbers come as authorities warn that more players and officials landing in Melbourne for the Australian Open are likely to test positive to coronavirus within days after new cases were confirmed among participants arriving for the tennis Grand Slam.

Infectious disease experts have warned more cases are “very likely” in the coming days as COVID-19 could still be incubating in some of the 1200 tennis players and officials.

"With such high rates of infections in several of the countries that these players and officials are coming from, I wouldn't at all be surprised if we found some more positive cases," University of South Australia epidemiology Professor Adrian Esterman said.

There are six infections linked to the tournament so far, one of which Chief Health Officer Brett Sutton said was believed to be a player, plus a seventh in a flight crew member.

At least 72 players – almost one-fifth of everyone taking part – are confined to their hotel rooms in hard lockdown and are unable to train. One of those players, Artem Sitak, said: "most tennis players are happy to do what they need to do to play".

But others have been less understanding. World No.1 Novak Djokovic issued a list of demands to Australian Open director Craig Tiley, asking for players in hard lockdown to be released early and for as many as possible to be moved to private houses with tennis courts.

The requests were promptly rejected by Premier Daniel Andrews, who said: "The virus doesn't treat you specially, so neither do we."

More than 70 players – almost one-fifth of those taking part in the Grand Slam – have been confined to their hotel rooms after they were deemed close contacts of people who had tested positive to the virus after landing in Melbourne.

The lockdown for players considered close contacts means they cannot leave their rooms to train.

Travel restrictions also remain in place for large swathes of regional NSW that have not recorded a coronavirus case for months despite an Andrews government move to relax the hard border closure for people in some parts of Sydney.

Parts of Sydney's "red zone" were downgraded at 6pm on Monday to orange and all border towns are now green zones, paving the way for some Victorians now stranded in NSW to return home without special exemptions.

Anyone in an orange zone can travel home but must quarantine until receiving a negative test result, while anyone in a red zone cannot enter Victoria.

Tuesday marks exactly a year since Australian health authorities went public with their concerns about a mystery illness emerging in China that, unbeknown to them at the time, would claim 909 Australian lives.

Catch all the day’s headlines

At the end of each day, we’ll send you the most important breaking news headlines, evening entertainment ideas and a long read to enjoy.  Sign up here.